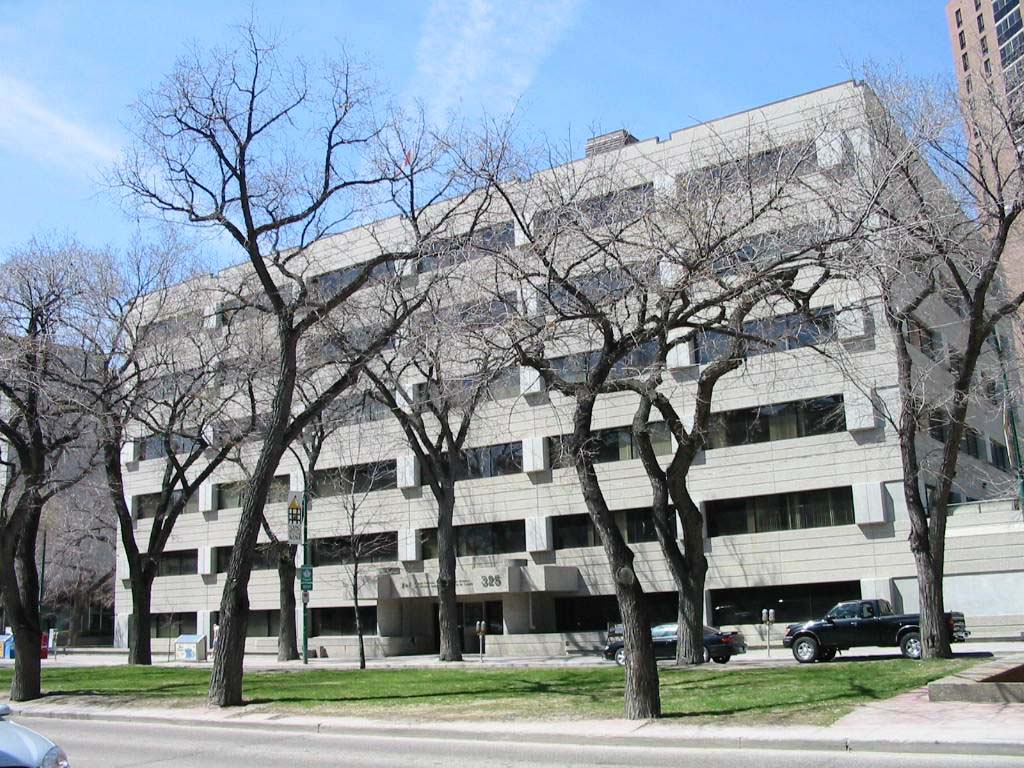 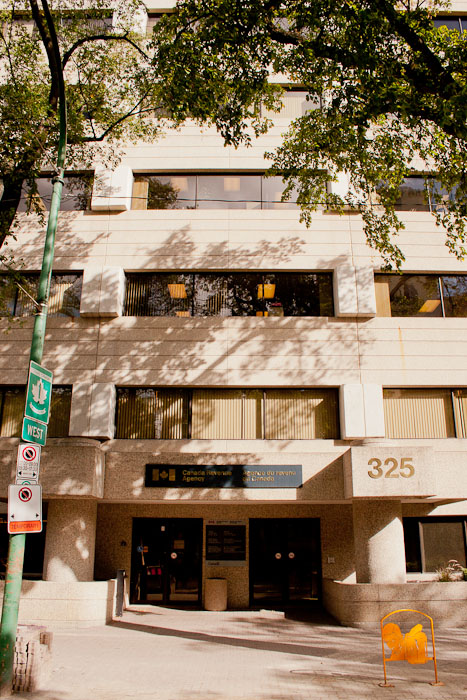 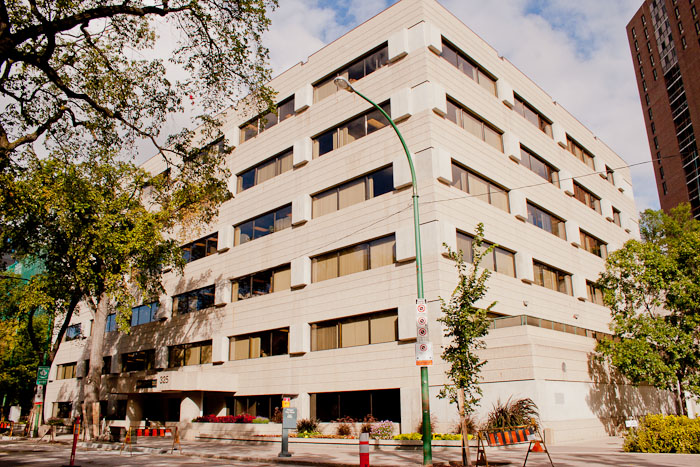 A private developer, Pre-Con Construction built 325 Broadway in 1993. It was subsequently leased to the federal government to house offices for Revenue Canada.

The building is of pre-cast construction and the exterior is quite plain. When the building opened, there was some controversy as the mechanical and cooling equipment on the roof, considered unsightly, could be seen from adjacent highrises. This prompted discussion about planning and bylaw controls which only affected pedestrian level elements not rooftop ones. The city was urged to include rooftop esthethics in its downtown design controls but this did not happen.