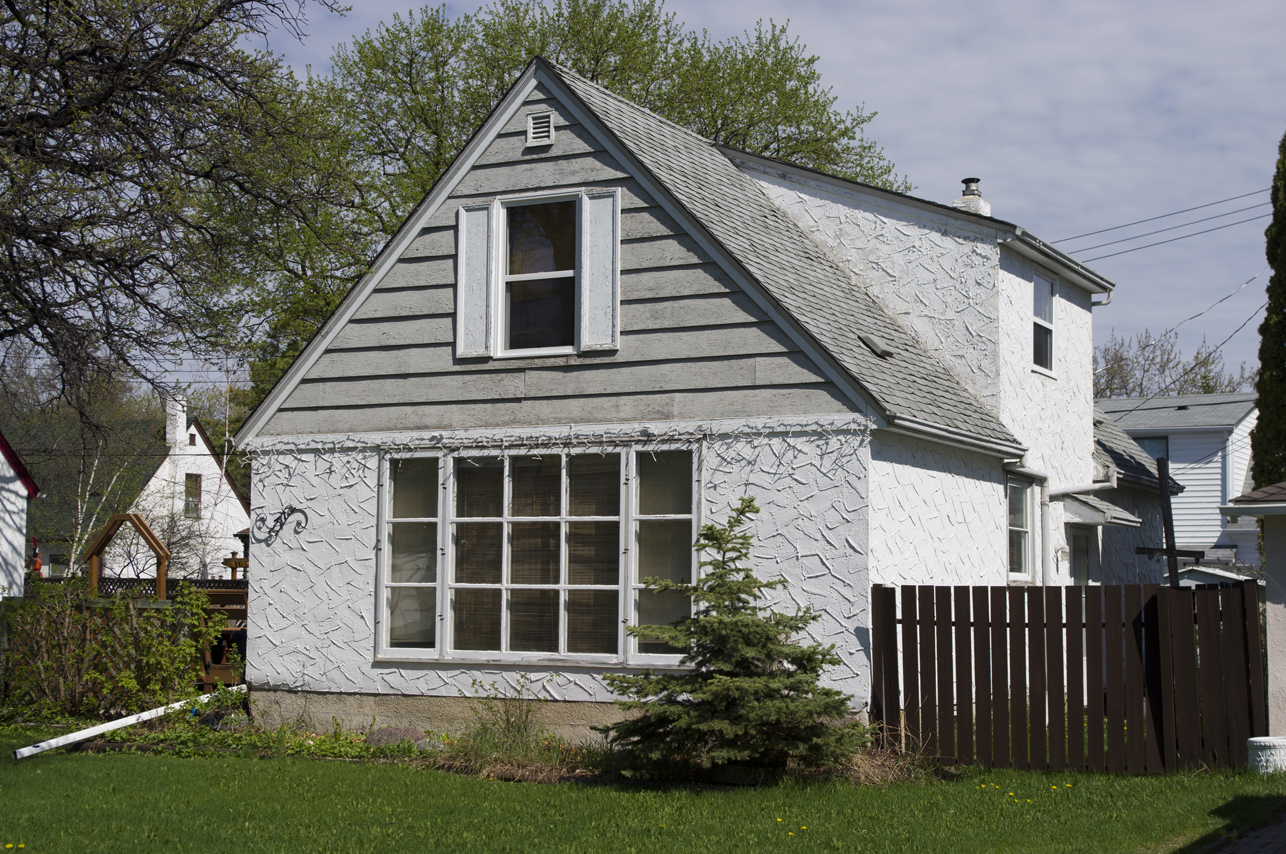 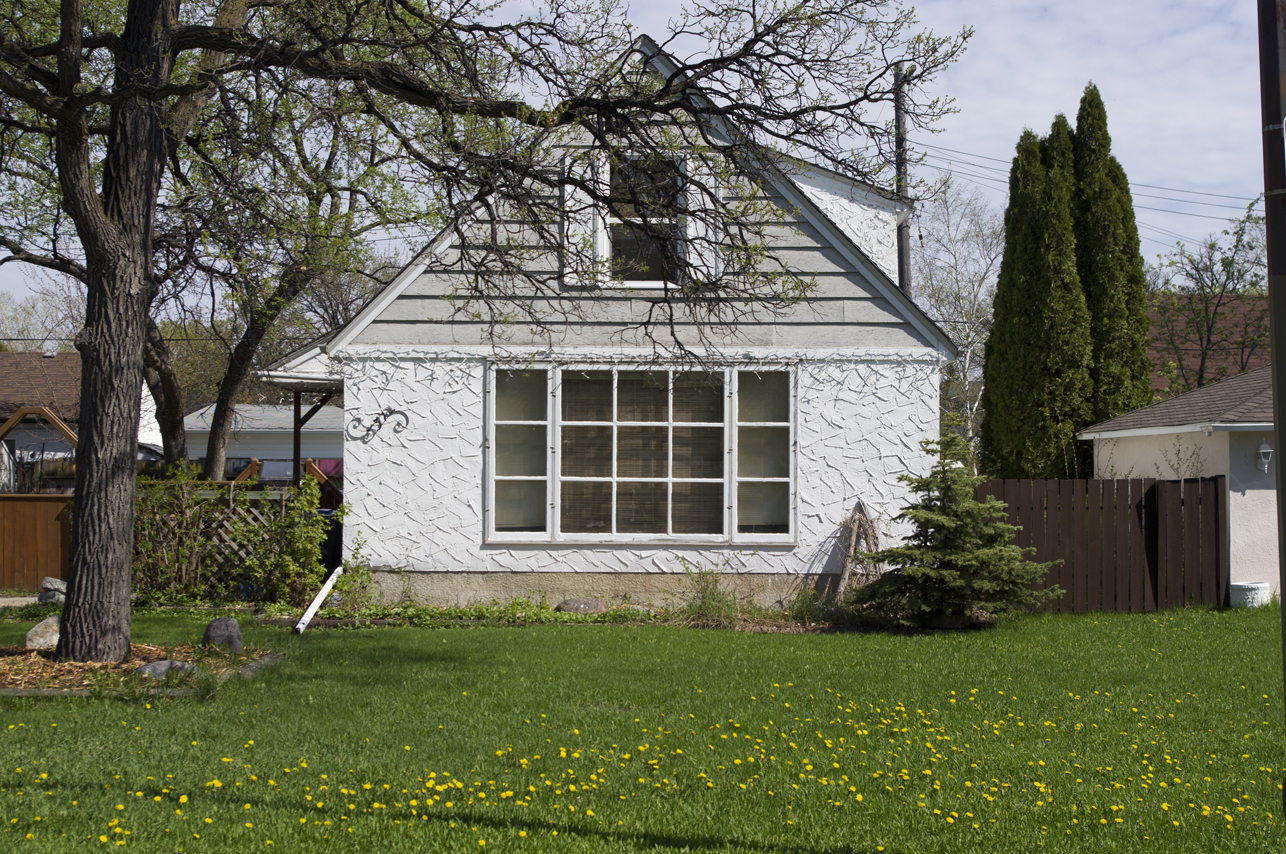 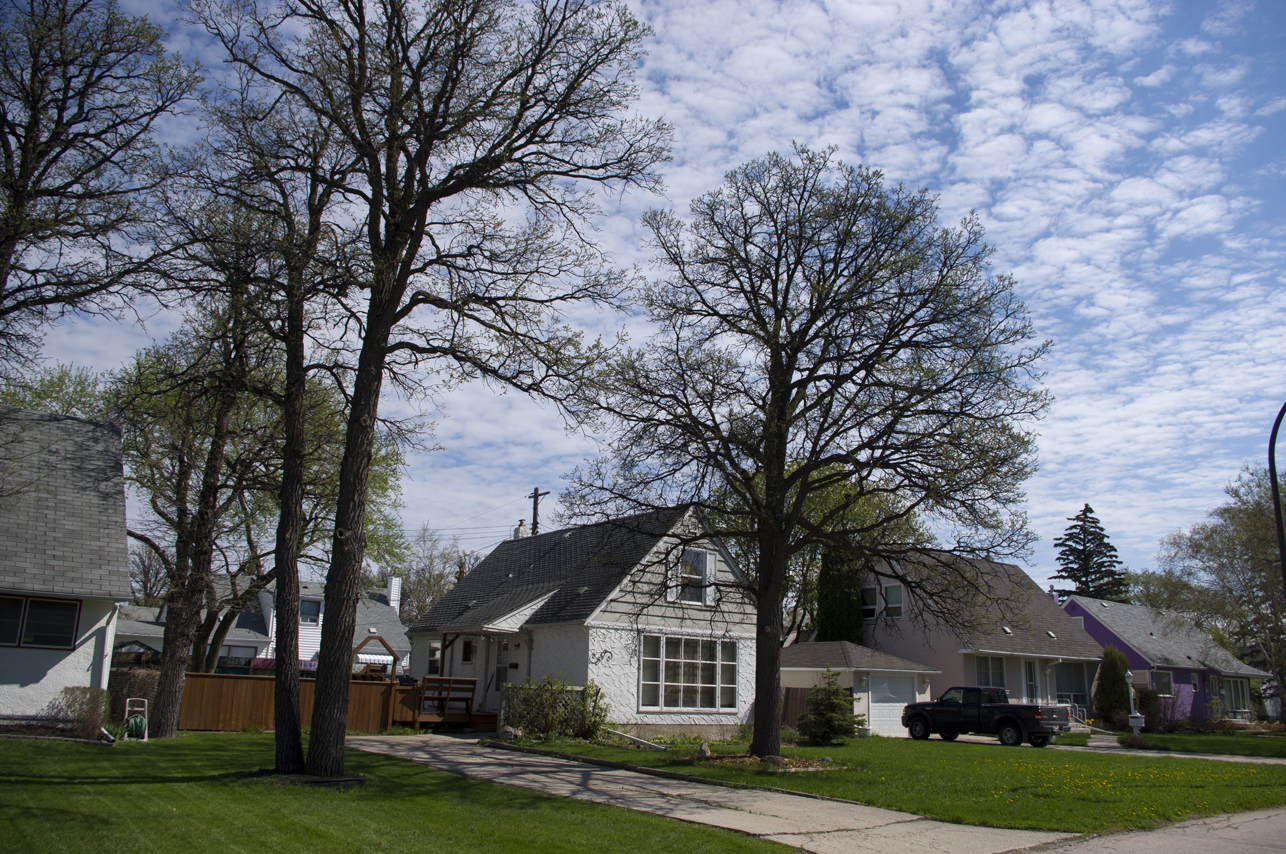 This one and a half storey, 1,304 square foot home was constructed in 1950, and is an example of how the Lount Company altered the siting of a home to increase variety within the street-scape. The home is the seventh of eight distinct designs within the division and has been turned 90 degrees. To provide a typical front or street face, a large original divided-light picture window, provided by the Hobbs Glass company, overlooks the front yard. This style of home is an updated interpretation of a traditional Cape Cod and was a very popular design in post-war suburbs across the city. It shares the Cape Cod’s overall character; a steeply pitched roof provides an upper half-storey for two bedrooms which sits atop a boxy lower level with clearly expressed end gables.

The picture window was a design element common in post-war homes. These large windows were initially included as a way for developers to make the interior of an otherwise small and indistinct house feel spacious, modern and light, although they soon became commonplace in all styles and classes of home. The windows were seen as framing devices, as important for those residents looking out, as for those passing by and seeing family life and the objects which supported it.