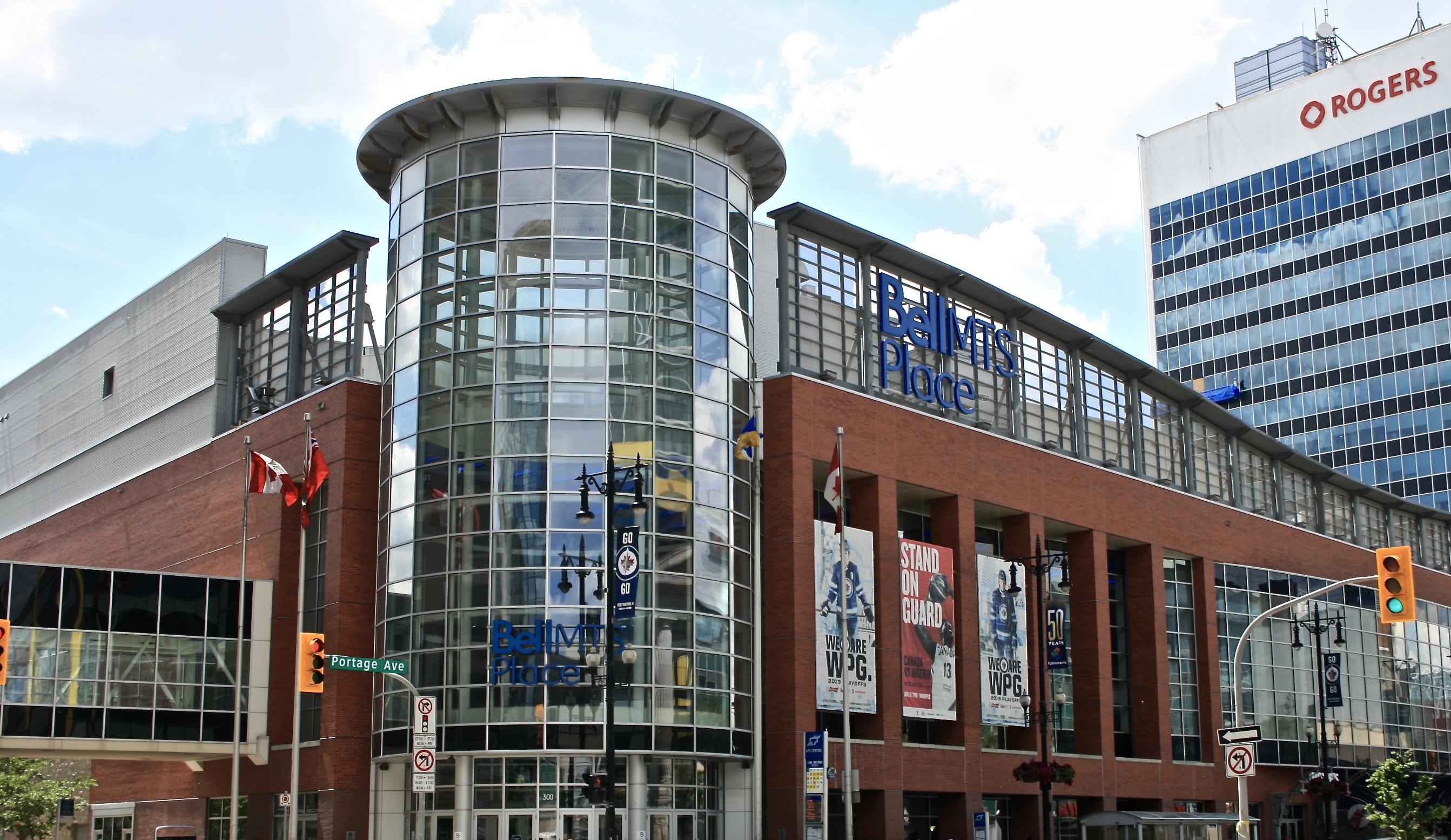 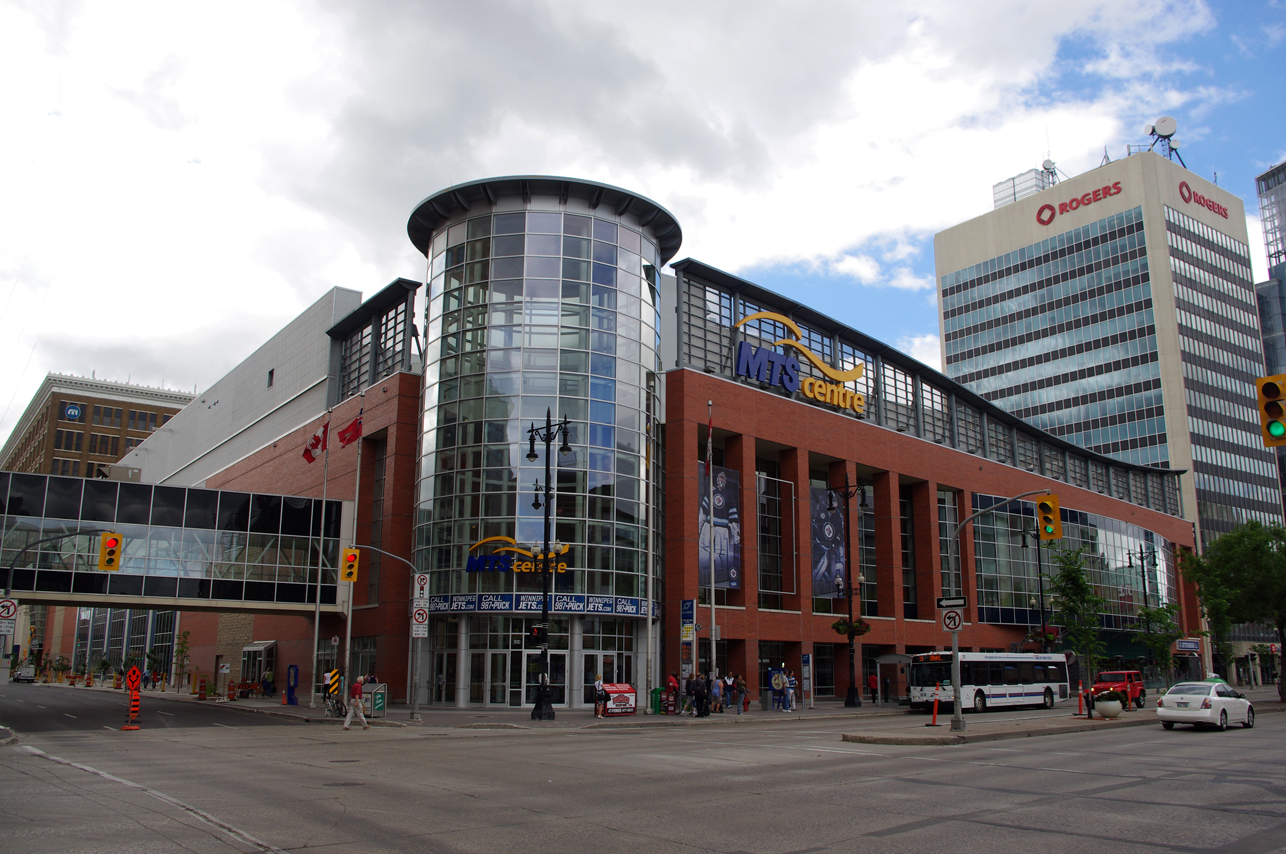 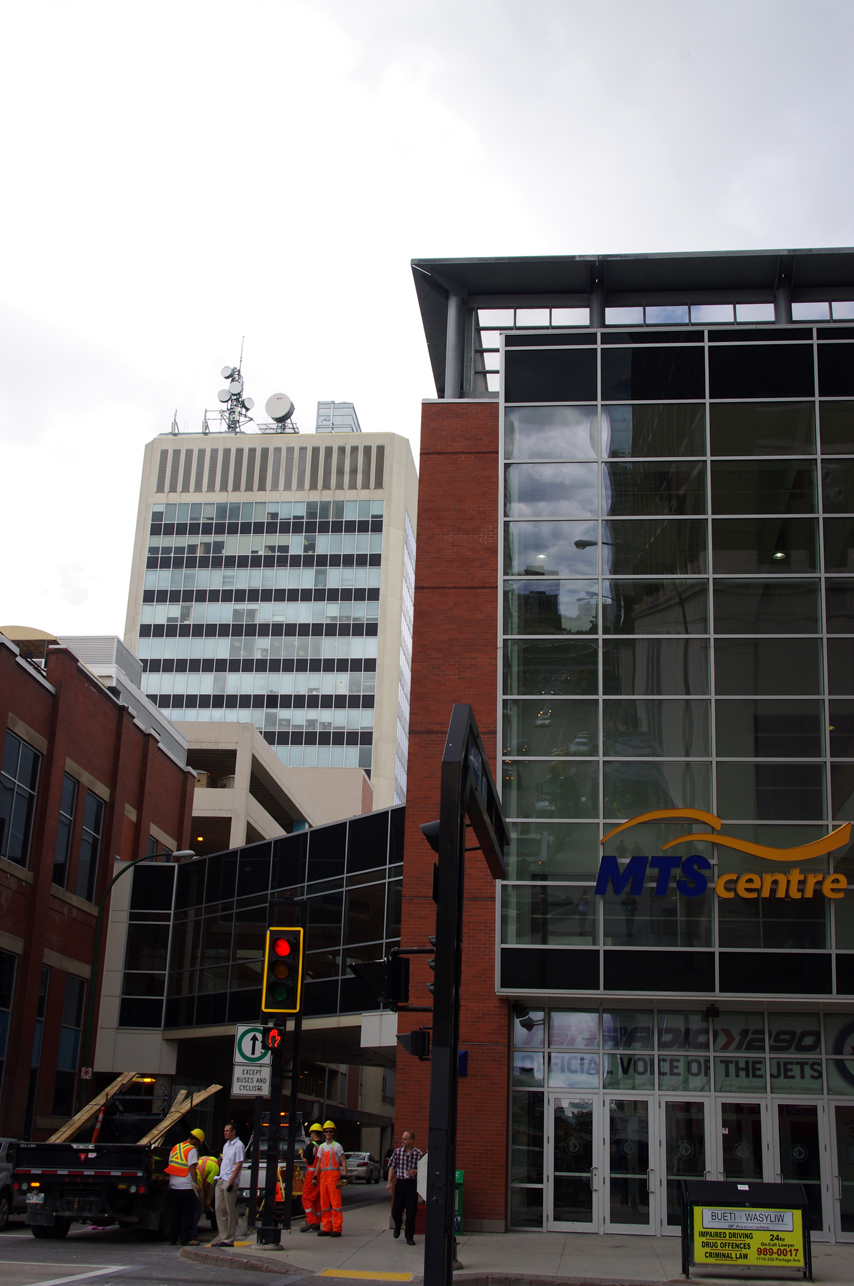 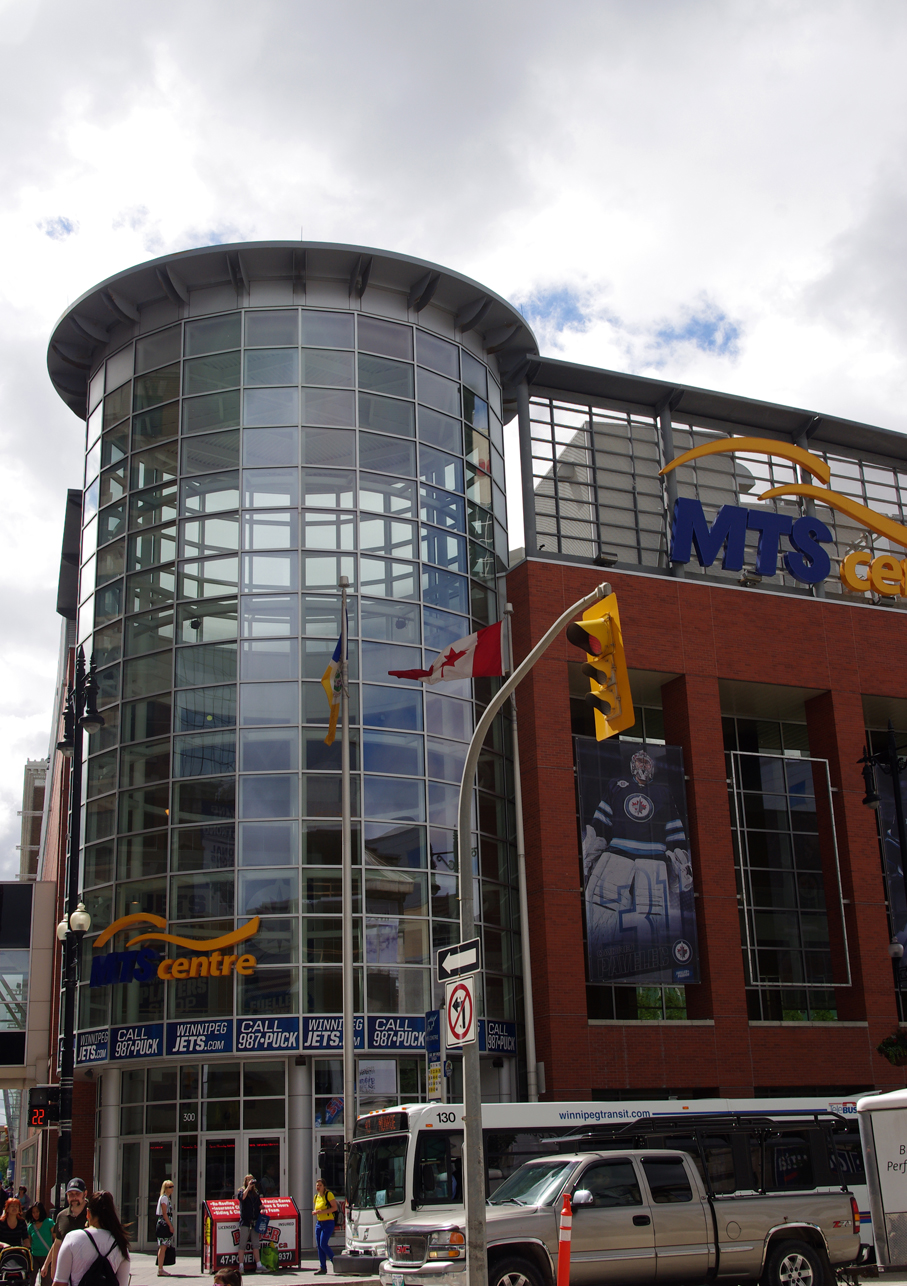 Bell MTS Place was built as the MTS Centre in 2003-04 at the site of Winnipeg's former Eaton's Building. It was known as the True North Centre during its planning and construction. The overall cost of the building reached $133.5 million.

The Eaton's store, which had stood at this location for nearly a century, was designed by Architect John Woodman in the distinctive Chicago School of Architecture style. The 5.5-acre, five-storey building was expanded in 1907, 1908 and 1912. Inside the steel frame, cast-iron columns supported 5.5-metre spans of 45-cm-square wood beams. This retail store and warehouse was designed to withstand significant stress, and a 1987 laser analysis showed it was still structurally sound. To commemorate the store, Bell MTS Place houses an Eaton’s Employee War Memorial in commemoration of employees killed during military service in the First and Second World Wars, and a statue of company founder Timothy Eaton (1919).

The design of the stadium is a result of the partnership between Sink Combs Dethlefs and Number Ten Architectural Group as the associate architects. The building seats 17,000 for concerts, 15,500 for hockey games, and small concerts can have 2,500 seated and still maintain an intimate setting. There are 46 private suites and two large party rooms at the skywalk level in addition to the seating. For games and concerts that don't sell out there are curtains that pull over the upper section to maintain a lively arena. In addition to the stadium, the building also houses a restaurant and retail store with separate entrances for use when the stadium isn't open. The building is also joined to its neighbours through the downtown skywalk system.

The arena is home to the Winnipeg Jets of the National Hockey League and the Manitoba Moose of the American Hockey League. The name was changed to Bell MTS Place in 2017 when Bell Canada acquired MTS.