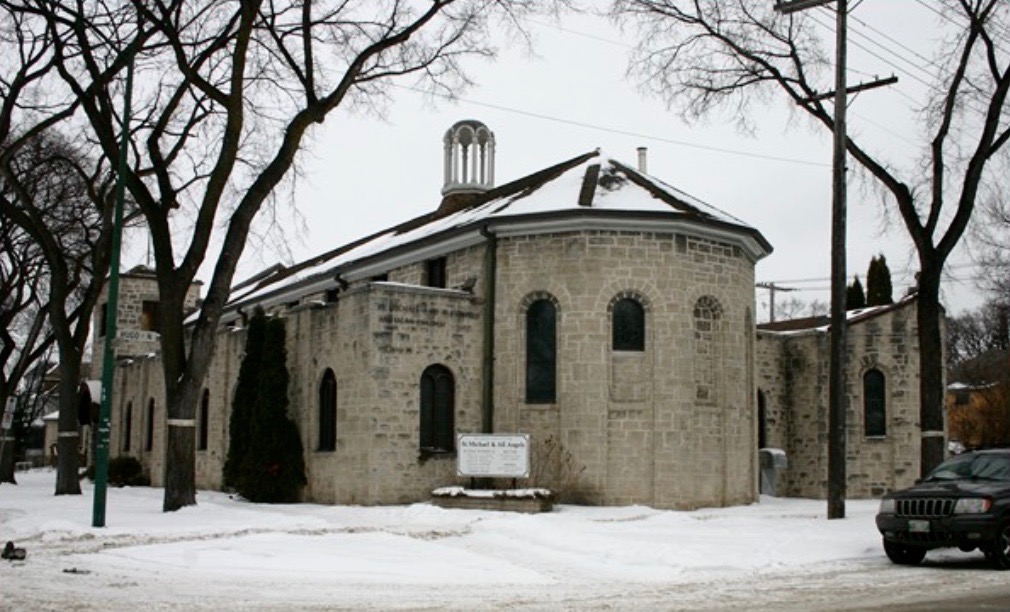 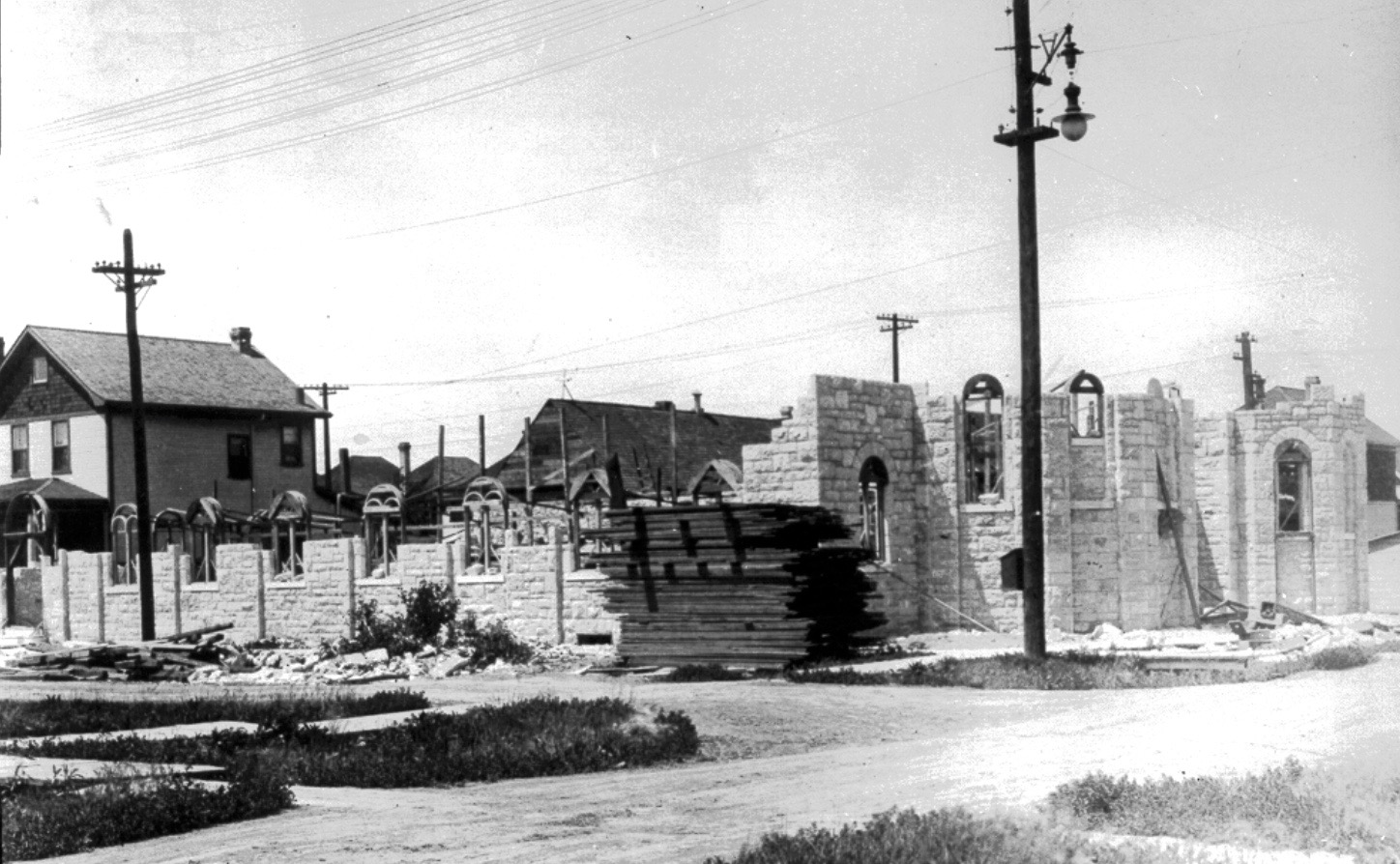 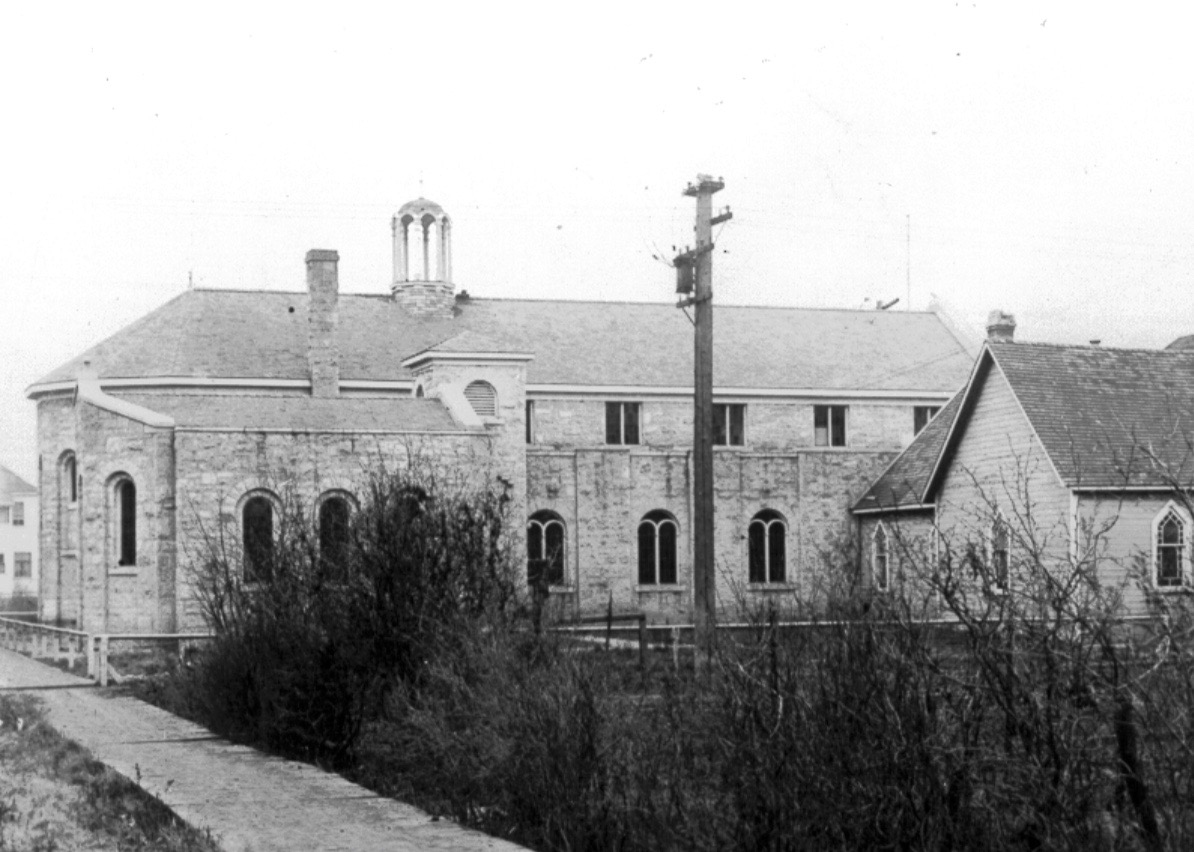 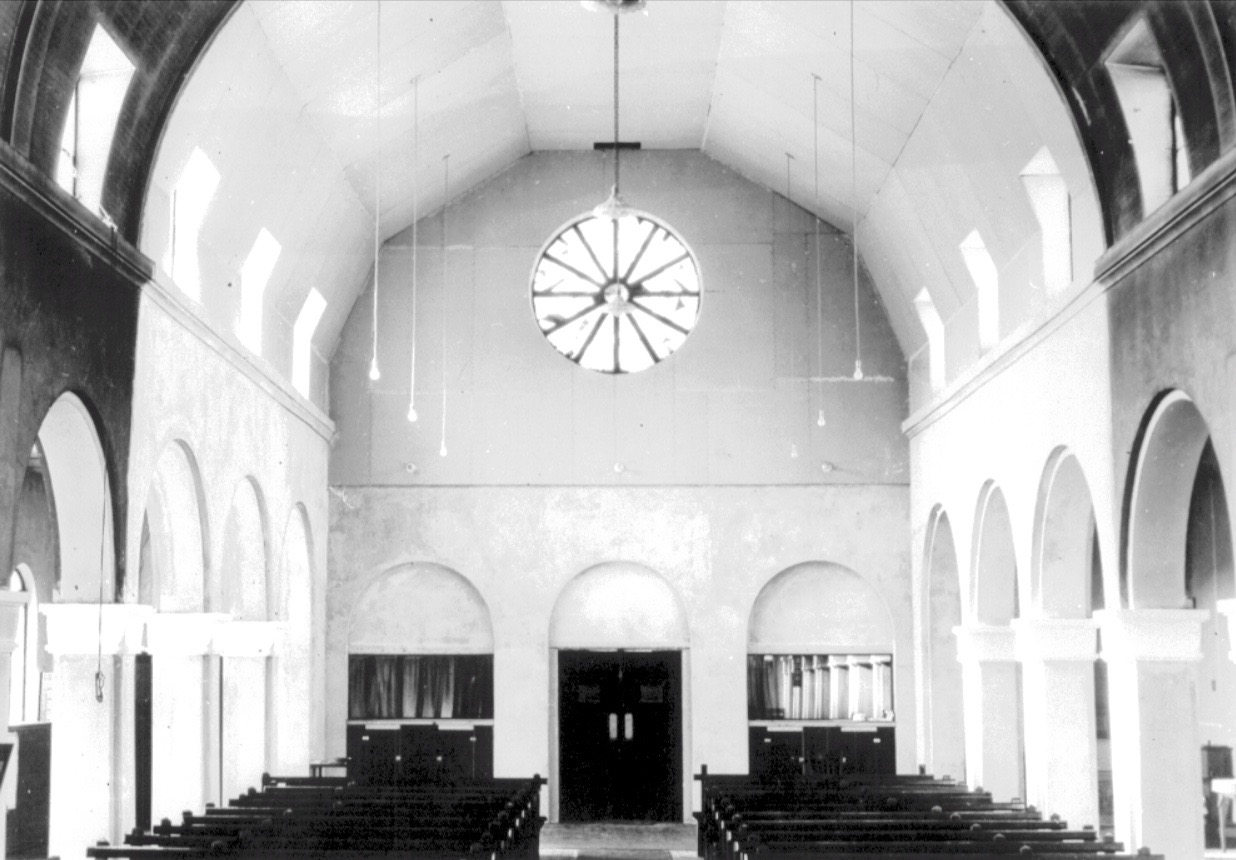 St. Michael and All Angels Church

300 Hugo Street North is St. Michael and All Angels' Church and stands as the only High Anglican Church within the City of Winnipeg. The church was designed by local architect Henry William Greene. Plans were submitted for the erection of the church on the evening of April 13, 1920, and were unanimously approved at a meeting of parishioners. The Claydon Company undertook construction that year at a cost of $22,500. The church was inducted Sunday, June 19, 1921. The current church replaced a previous, far more modest mission church, dating to 1904, which had been situated across Mulvey Avenue from the 1920 building. The land for the current church was purchased in 1912.

The design of St. Michael and All Angels' Church is an example of the Norman-influenced Romanesque style. Details of the building that embody this approach include: the round-arched Romanesque windows, including belfry and apse openings; the west rose window; the low basilica form (a rectangular plan with side aisles and semicircular apse); gable-roofed nave with clerestory and, lower, flat-roofed side aisles; the hip-roofed polygonal apse; the two square towers with pyramidal roofs; and stone construction and detailing.

While the Romanesque Revival mode was common in North America from the mid-nineteenth century until the early years of the twentieth century (a popularity given impetus by the works of American architect Henry Hobson Richardson), it was not highly common in Winnipeg ecclesiastical architecture, in particular within the Anglican church, where the Gothic style was far more commonly used during this period. Nevertheless, the use of the style recalls the Norman period of English history.

St. Michael and All Angels' Church’s use of the Romanesque is sparser and less ornamented than many examples of the Romanesque Revival, an effect that parallels certain medieval English examples (including St. Swithun's Church, Nately Scures). This effect perhaps also speaks to a limited budget for the building’s construction or to the influence of modern architectural trends toward simpler design. The latter tendency can be seen, combined with Romanesque elements, in such Canadian works of the period as Holy Blossom Temple, in Toronto, and Église Sainte-Thérèse-de-Lisieux, in Beauport, Québec. Lending further rusticity to the look of St. Michael and All Angels' Church is its use of rough Tyndall limestone (at times laid in broken courses) and the heaviness of details such as the stone lug sills. Lending an opposite sense of élan is the elegant wood cupola that stands atop the nave’s roof. Small Tuscan order columns add further elegance to the building’s south facade.

Within the church the design is likewise dignified and restrained, an airy space characterised by high vaulted ceilings and numerous clerestory windows. Concrete pillars support Romanesque arches. Due to a lack of sufficient funds, the original church interior was left almost completely unfinished, though the space boasted a marble altar. In 1930 Reverend William C. Turney was given charge of the church and immediately set out to complete the interior. The church was damaged in two major fires, one in 1959 and the other in 1970; the latter caused severe damage to the interior. Elements added to the interior over time include plaster walls, new curved ceiling arches, and stuccoing.

The main portion of St. Michael and All Angels' Church is 23 by 10 metres. Two halls have been added at the rear of the building and a manse was added in 1932 to the front of the halls. The building, a municipally-designated historic site, also contains such elements of the 1904 church as the wooden altar and original gold candle holders.