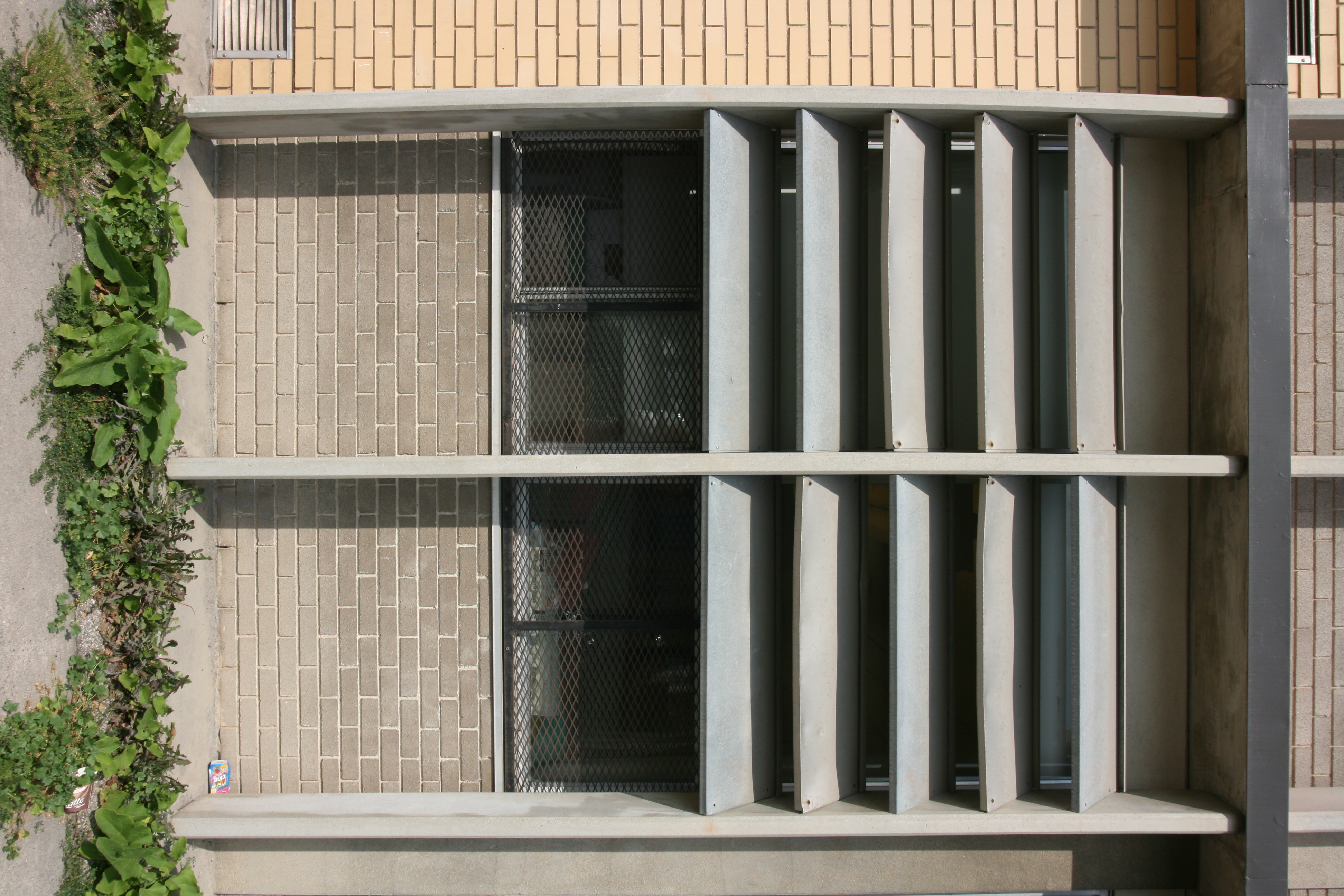 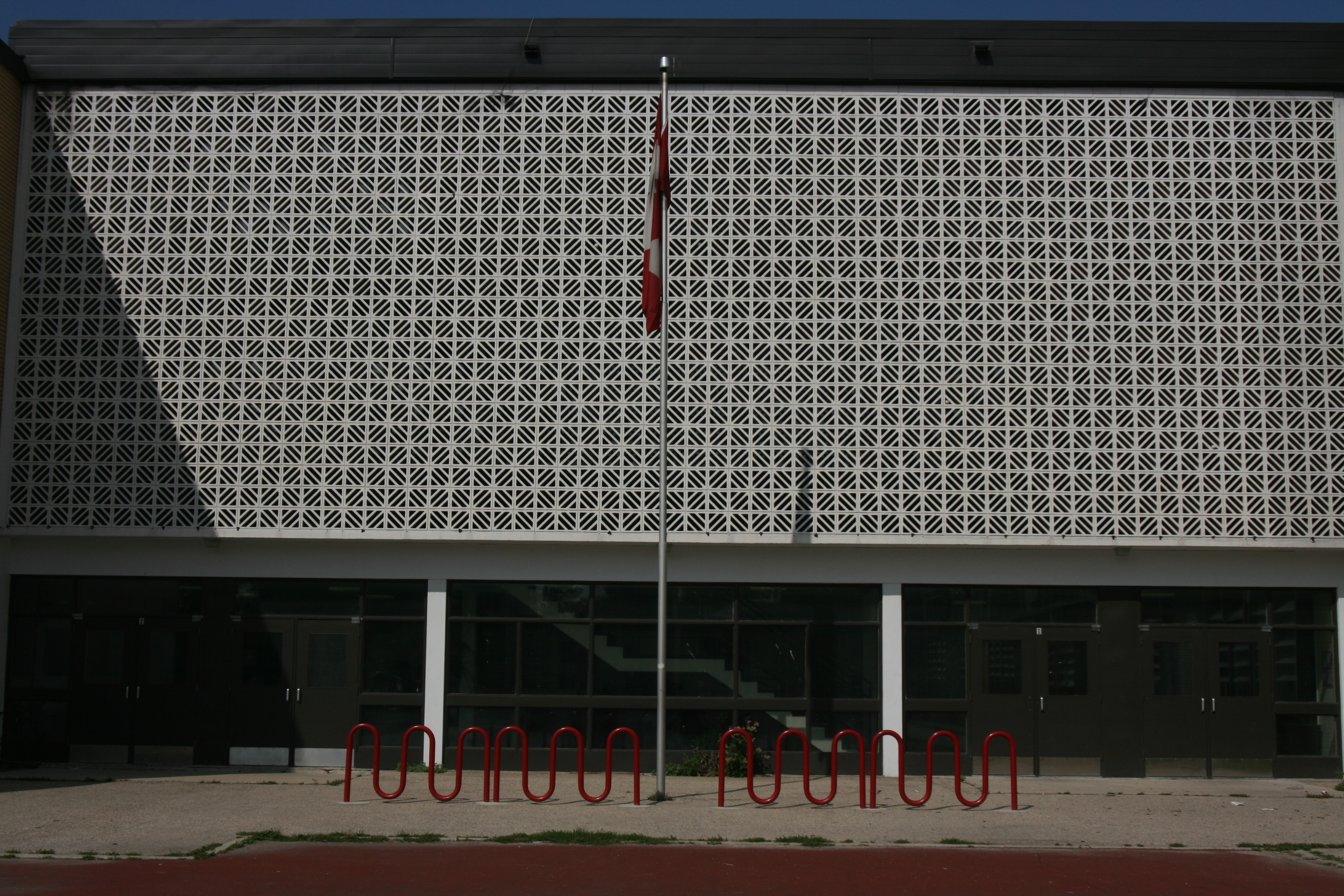 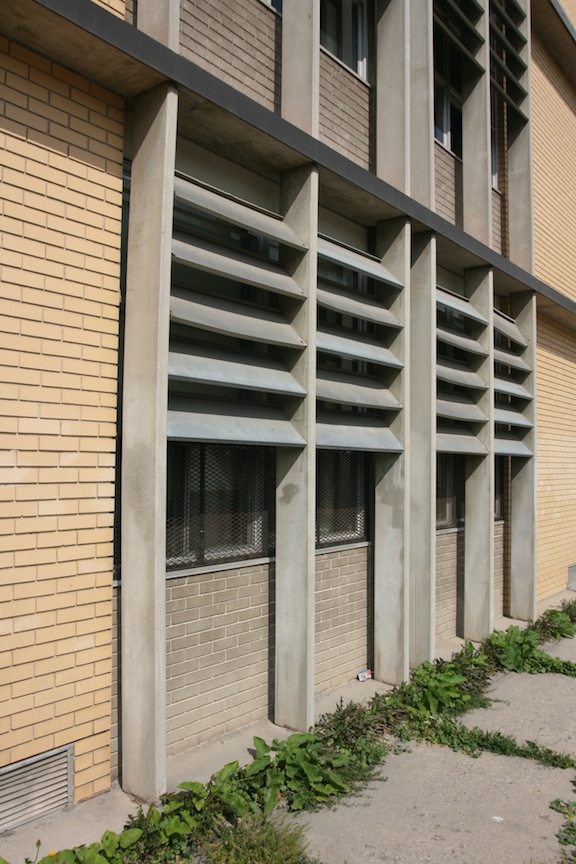 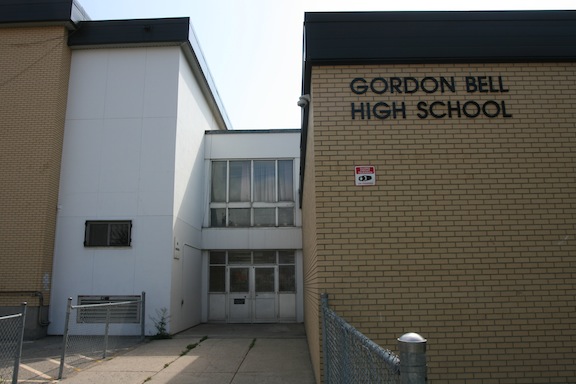 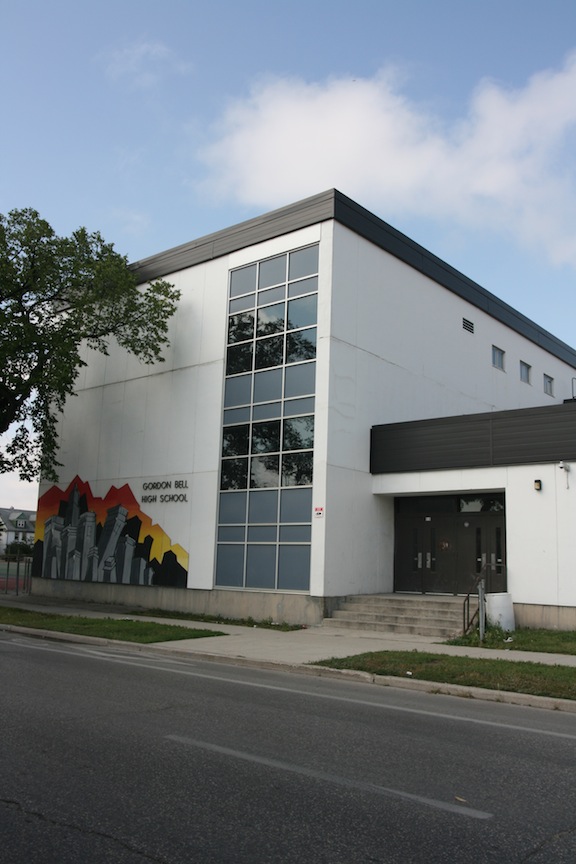 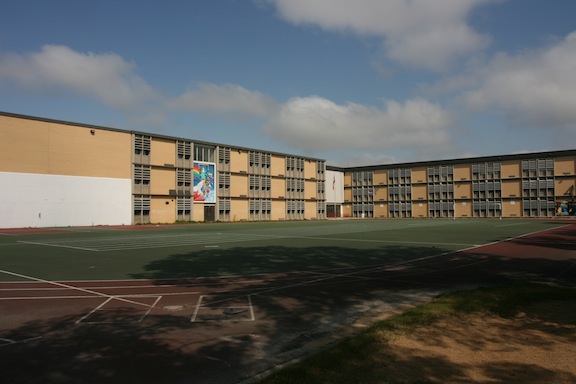 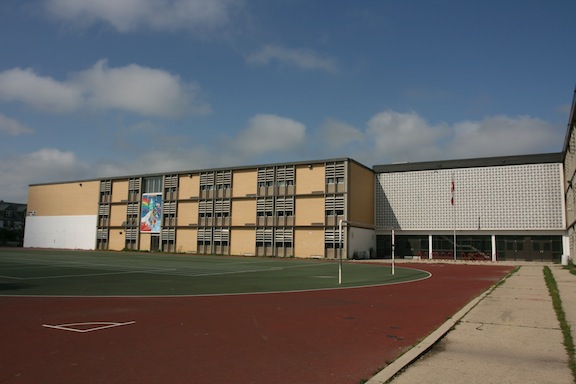 One can forgive Gordon Bell School if some angles seem a bit patch because it was built in many sections over a number of years and that it has any cohesive style is against the odds. The site history was complicated well before the present school appeared; the first Gordon Bell High School was named for the chief medical officer of the province, but the name applied to what is now Mulvey School so the old school on this site was itself called Mulvey School. As the baby boomers grew up, the demand for high school space jumped exponentially, forcing near-constant construction to the building.

The first modern portion of Gordon Bell School came in 1955 as an addition to the old brick school; this continued likely in an unbroken project until the centre wing was completed in 1956 and some of the old school demolished; by 1960, the two large front-facing wings were in place, the old school gone. A third floor was added in 1963 and another large section in 1964, which makes up most of the volume of the complex today; the footprint of the school is very large.

The best view of Gordon Bell is the east-facing L-shaped intersection of the big academic wings; these have retained their original bays but the windows have been altered; the glass block on the south wing and the louvres on the north wing were all removed and replaced with sectioned horizontal slats and small windows; the entrance bay at the intersection has a two-storey concrete screen shading windows behind. Concealed along the north side is a separate academic wing running east-west that has all its original openings and wall finishes. A mid-toned brown brick pulls the facades together but other wall surfaces include dark brick and white stucco portions.