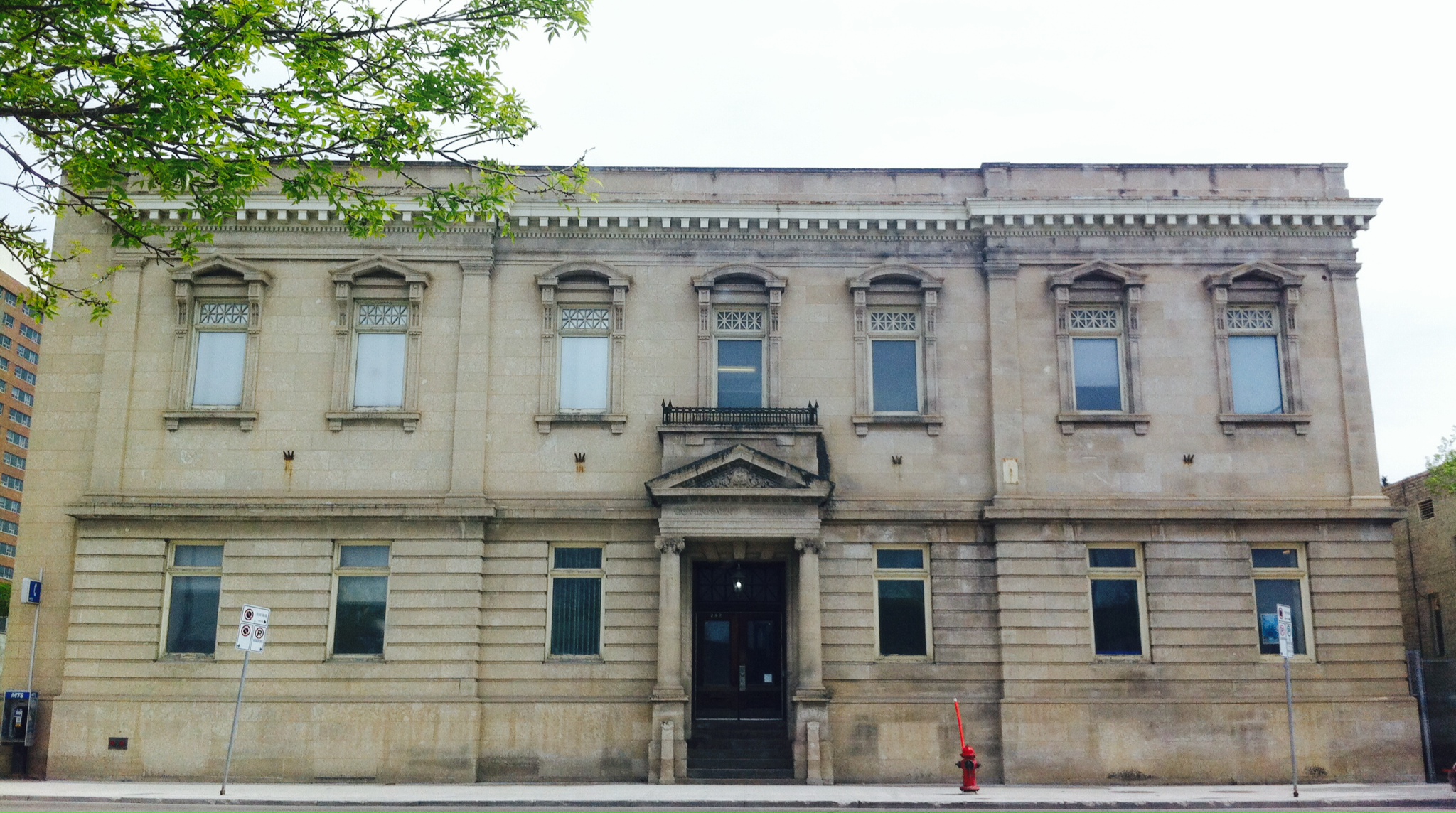 297 Sherbrook Street was built as the Sherbrook Telephone Exchange Building. The building is designed in an Edwardian Classical mode, influenced by English Georgian Classicism. This mode is embodied in such elements as the rustication of the exterior ground floor of the front elevation, the pilasters which mark the subtle outset of the north and south sections of the tripartite facade, and the Ionic columned entry porch with pediment. The building is clad in Tyndall limestone. Like Winnipeg's St. John’s and Garry Street Telephone Exchanges, the Sherbrook Street Exchange was designed by Provincial Architect Samuel Hooper. Opened at the turn of the century to house the operations of Manitoba's government-owned telephone company. By 1922, this building also came to host the initial transmitters and studios for the province's unique government-owned radio station, CKY.