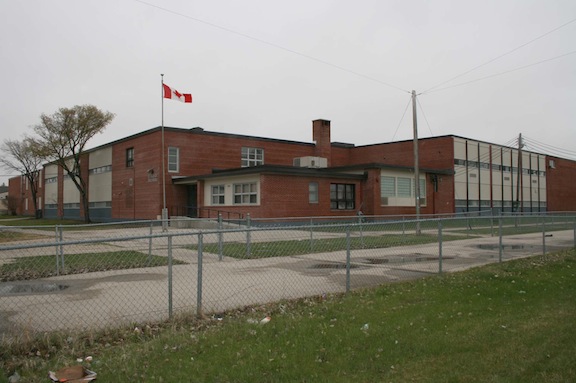 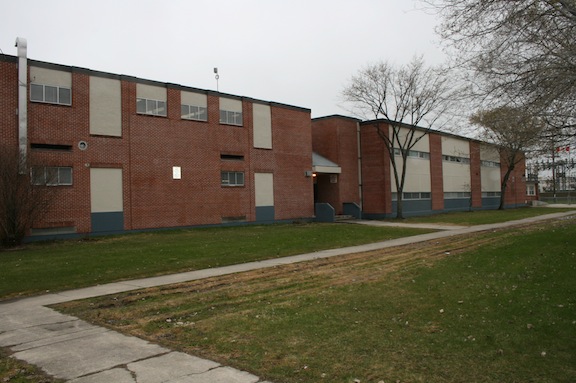 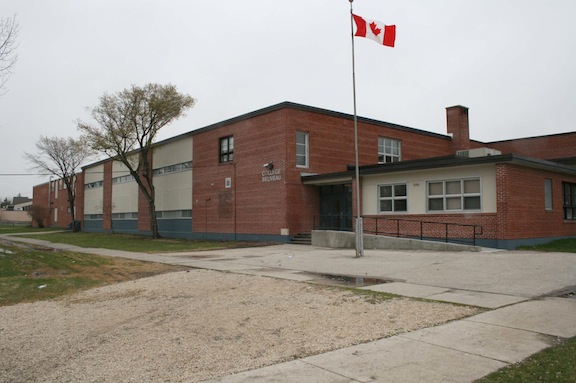 Built in 1956, Collège Beliveau was designed by Zunic and Sobkowich. Architect Nikolai Zunic had already designed several schools for the St. Boniface School Division. The school officially opened on February 15, 1957. The firm made additions to the school in 1961, and Étienne Gaboury, whose designs feature prominently elsewhere in Windsor Park, made further additions in 1964 and 1967. These later additions, some two storeys tall, have largely obscured the original single-storey structure, although it is still visible from the north and west sides.

Originally built as an elementary school, it was briefly refurbished as a high school, and eventually settled as a middle school. It was the only French-language school in Windsor Park for some time. The addition of new buildings and the school’s specific and changing functions are testimony to the growing population and changing demographics in Windsor Park during the late 1950s and 1960s.

The 1956 structure, identifiable along the west side, consisted of thirteen rooms. The shortage of classrooms and auditorium/physical education space prompted the building of an addition only four years after the school had been completed. The gymnasium along the south-west side of the building is most likely the 1961 addition built by Zunic and Sobkowich, and retains many of the early design elements of the original west wing. In 1961, St. Boniface School Division No. 4 approved $495,000 to build a sixteen-room school and add seventeen rooms to Beliveau School. In 1962, plans were set for twelve rooms to be added, mostly likely in the north wing (1964), followed by nine more classrooms in the south wing (1967). These later additions were designed by Étienne Gaboury.

The original 1956 building is characterized by its red brick exterior and terrazzo floors. Short windows are set against white stucco along the south side of the west face, contrasting the red brick construction. A separate single-storey building along the north side continues in this style. The Gaboury additions along the south side use a pink brick accented by white stucco. Tall, narrow windows grouped together are used along the south facade. Beliveau School was among the first in metropolitan Winnipeg that didn’t feature a traditional cow bell to announce the start of the school day. Instead, it featured an electronic buzzer that sounded at timed intervals throughout the day.