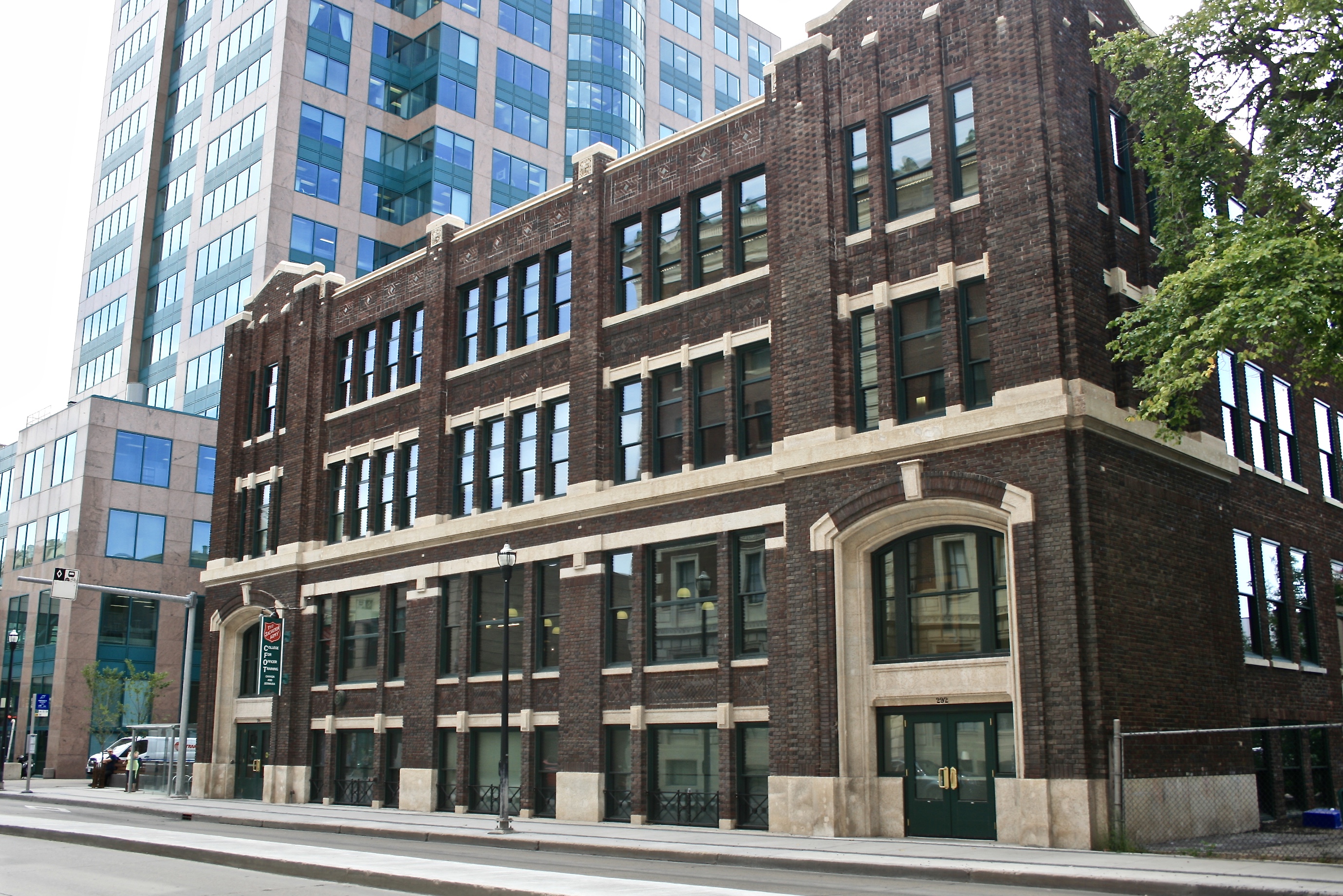 Originally a two storey building, the building had a symmetrical design and two entrances on Vaughan Street. Using reinforced concrete and a stone foundation, the exterior brick walls were laid with Tyndall stone accenting. In 1927 the third floor was added by Cubbidge and contractors Barrowman and Jamieson. This addition maintained the same style and design of the original structure, with the addition adding more Tyndall stone accenting along the parapet. In 1947 an alteration was made to the rear of the building. The loading dock doors had been altered to allow for an elevator shaft and the addition of a penthouse.

When first built, the basement had large windows at street level to allow for plenty of light in the printing plant. The addition of these windows resulted the first floor of the building being on a raised level. The entrances, on either side of the Vaughan Street facade, were identical with an arched opening and carved limestone. The limestone was used as windows sills as well and contrasted with the darker brick. The exterior of the building features the same dark brick on three sides, the western elevation is done in a rough white brick. The South elevation’s mid section was set back, revealing a skylight over the main level. Subtle ornamentation can be found in the brick work as well as the carved stone accents.

In 1959 The Public Press building became the Robinson Building. The new tenant, Sidney I. Robinson, operated his sporting good business and fur business out of the building. The building was also once the offices of LM Architectural Group. Today the building is owned by The Salvation Army and is used as the Booth University College.