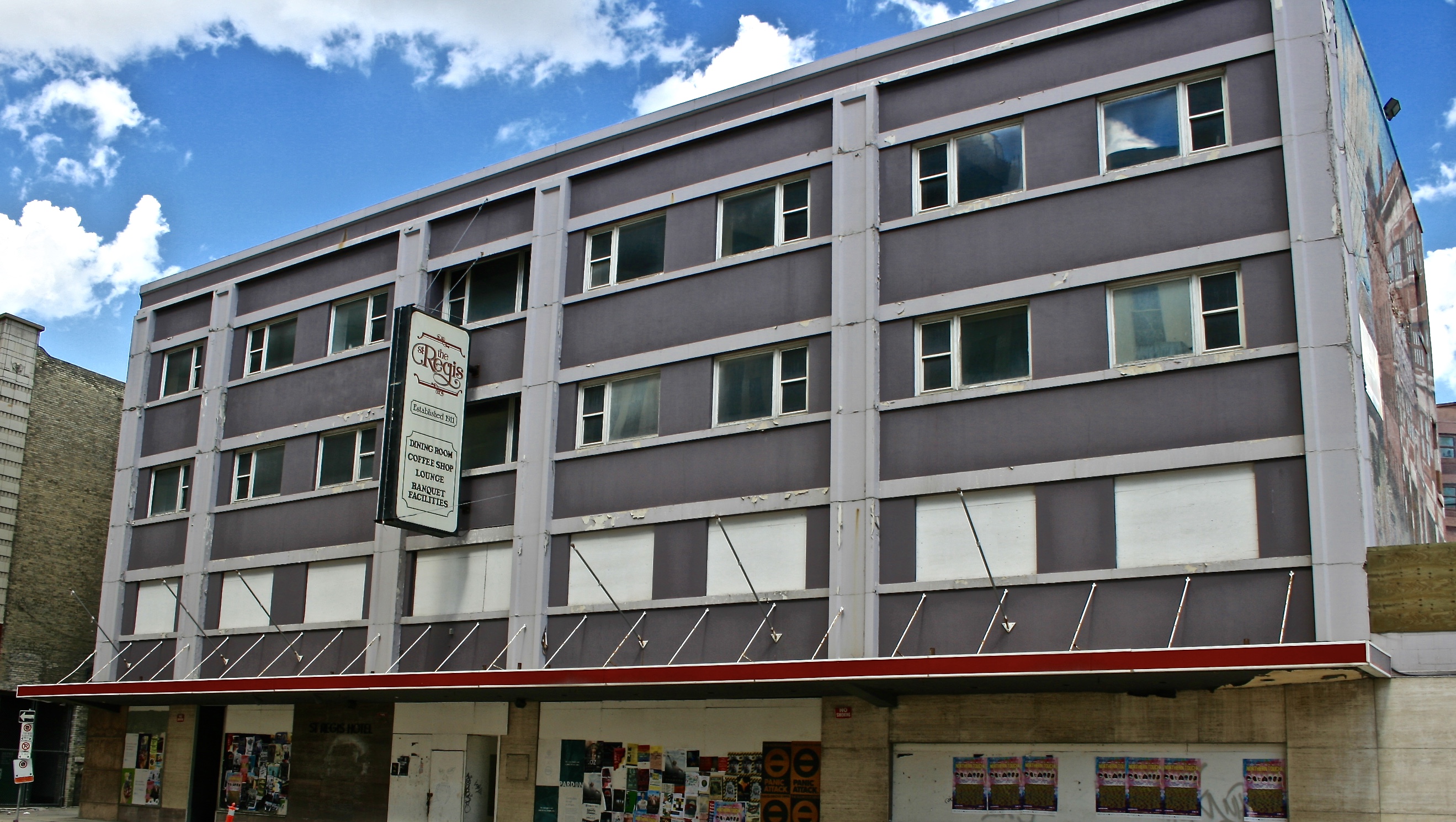 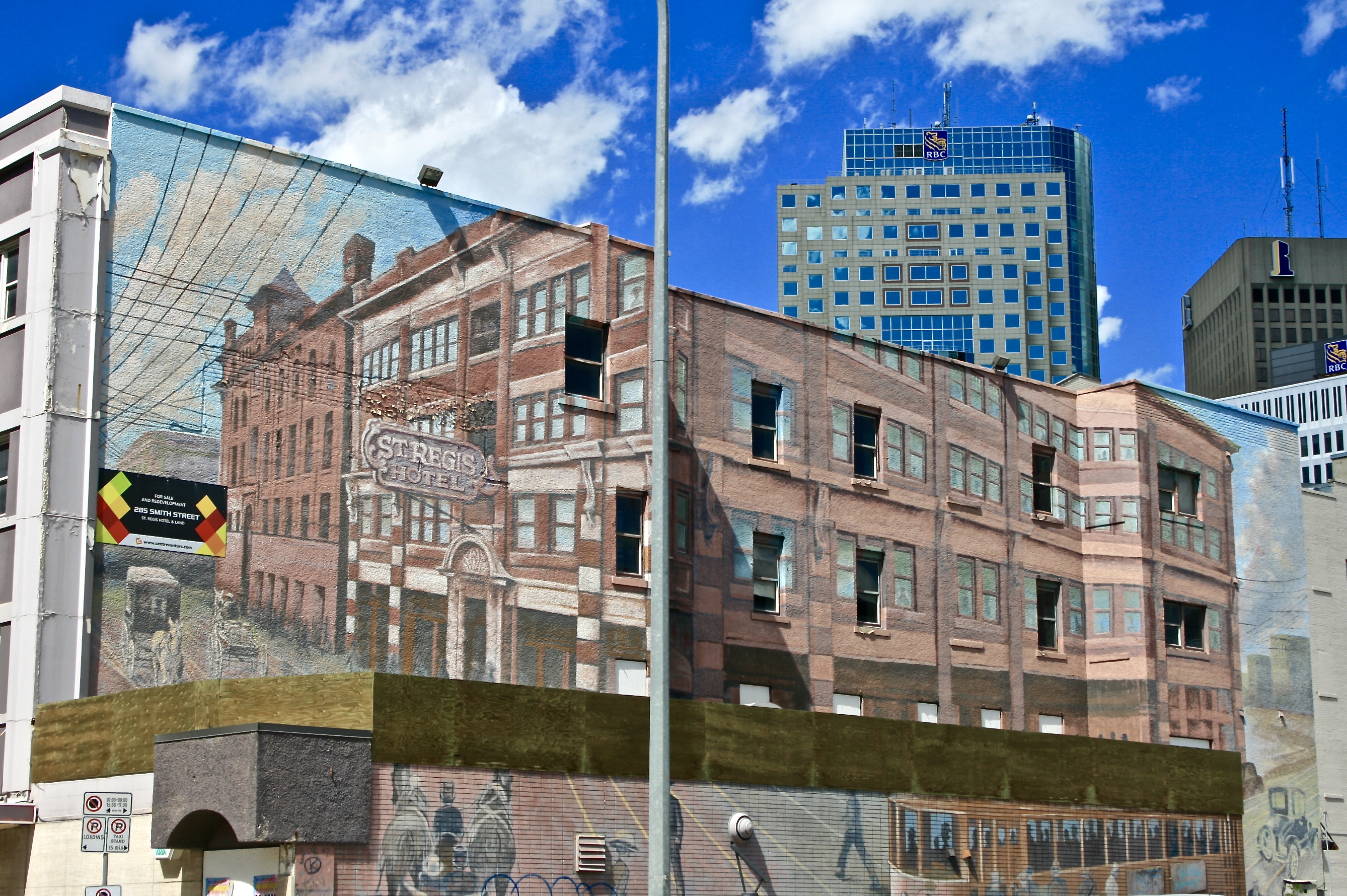 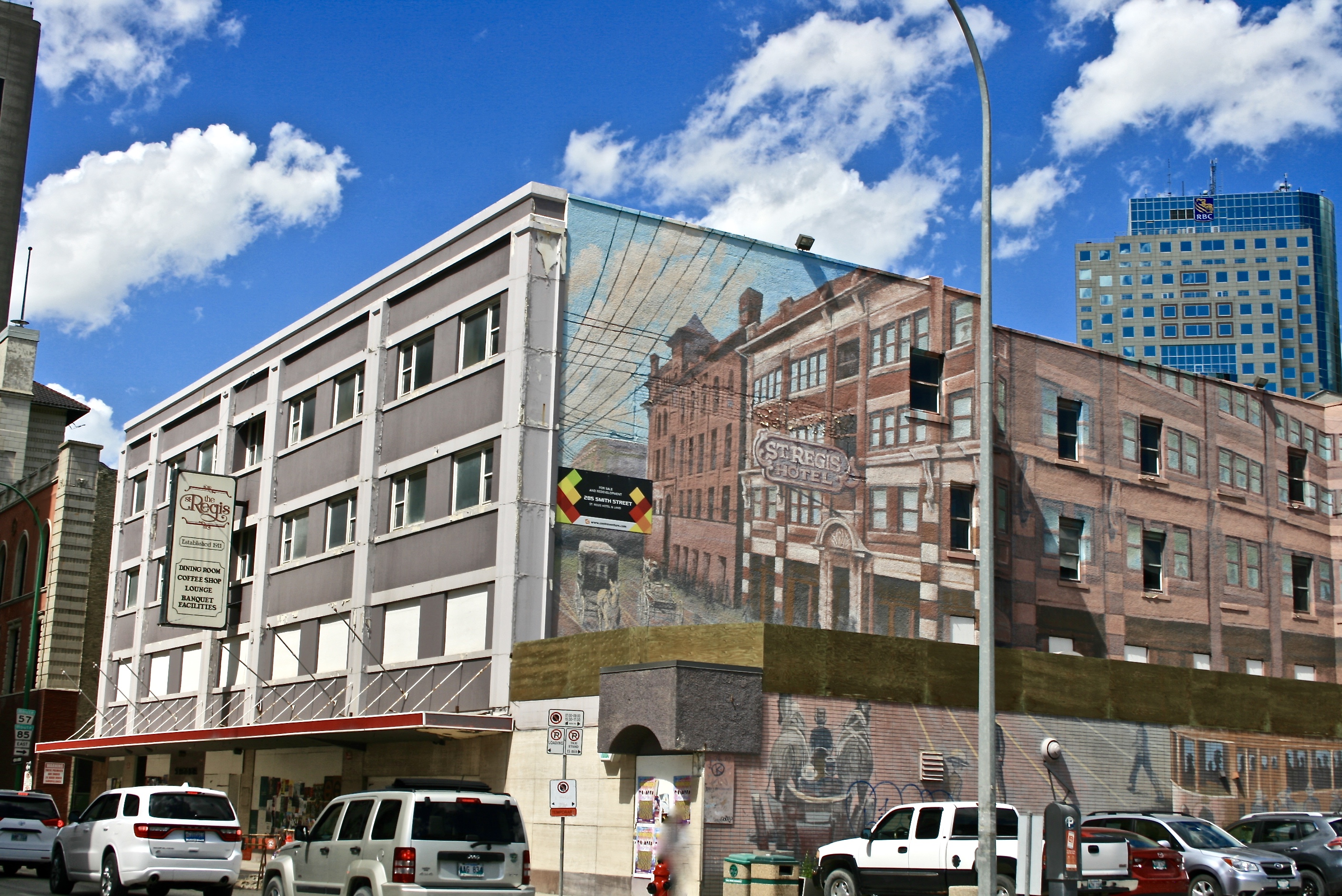 In 1910 hoteliers Charles M. McCarrey and John Lee opened a hotel at 285 Smith Street. Geoffrey H. Walton constructed the building based on the architectural design of William Wallace Blair. Originally the land had been used as a livery stable, constructed in the 1880s, but as the city grew, so did the number of hotels.

Originally two storeys, the third and fourth floors were added by architect Hugh G. Holman within a year of the original construction. The redevelopment, and addition of two more storeys, cost $100,000. After the addition the building was known as the St. Regis Hotel. The new hotel was designed with electricity and ensuites. The building was designed to cater to travelling salespeople who could rent a sample room to showcase their product and invite perspective buyers in to view merchandise. A key feature of the hotel was its four restaurants. There was the Grill Room, a café, a coffee shop, and a lounge. The design of the grill and café were influenced by Islamic architecture, featuring arched doorways, a geometric pattern on the dining room ceiling, and natural motifs on the wall.

In 1931 the restaurants on the hotel's main floor were renovated into McLeod's Restaurant, but this was short lived. More renovations to the dining rooms occurred in 1956-57 and from 1969 to 1972. The original oak millwork from the Oak Dining Room was carefully removed and repurposed in a heritage building at 108 Alexander Avenue. (The restoration work done at the Alexander home was awarded a Preservation Award from Heritage Winnipeg in 2019.)

In the 1970s, high rises were being built and the hotel began to lose business. Criminal activity in the 1990s drove even more customers away. The hotel began to fall into disrepair. In an attempt to save the old hotel in 2013, the building was purchased and the bar and VLTs were closed but the hotel remained open. In 2015 the building was purchased by an Ontario-based development company which intended to demolish the building and put up a new parking garage with retail space. However, the company’s rocky finances led it to miss the demolition date of 2017, and the city refuses to demolish the old hotel until finances are in order. The St Regis hotel remains vacant on Smith Street and there are no current plans for its redevelopment.

The mural on the south face of the building was designed by Charlie Johnston (C5 Artworks) with the help of painter Sarah Johnston. The project was completed in 2003 and depicts a street scene of the Portage and Smith corner of the Regis Hotel in 1911, including the old YMCA beside the hotel, a street car, pedestrians and vehicles.