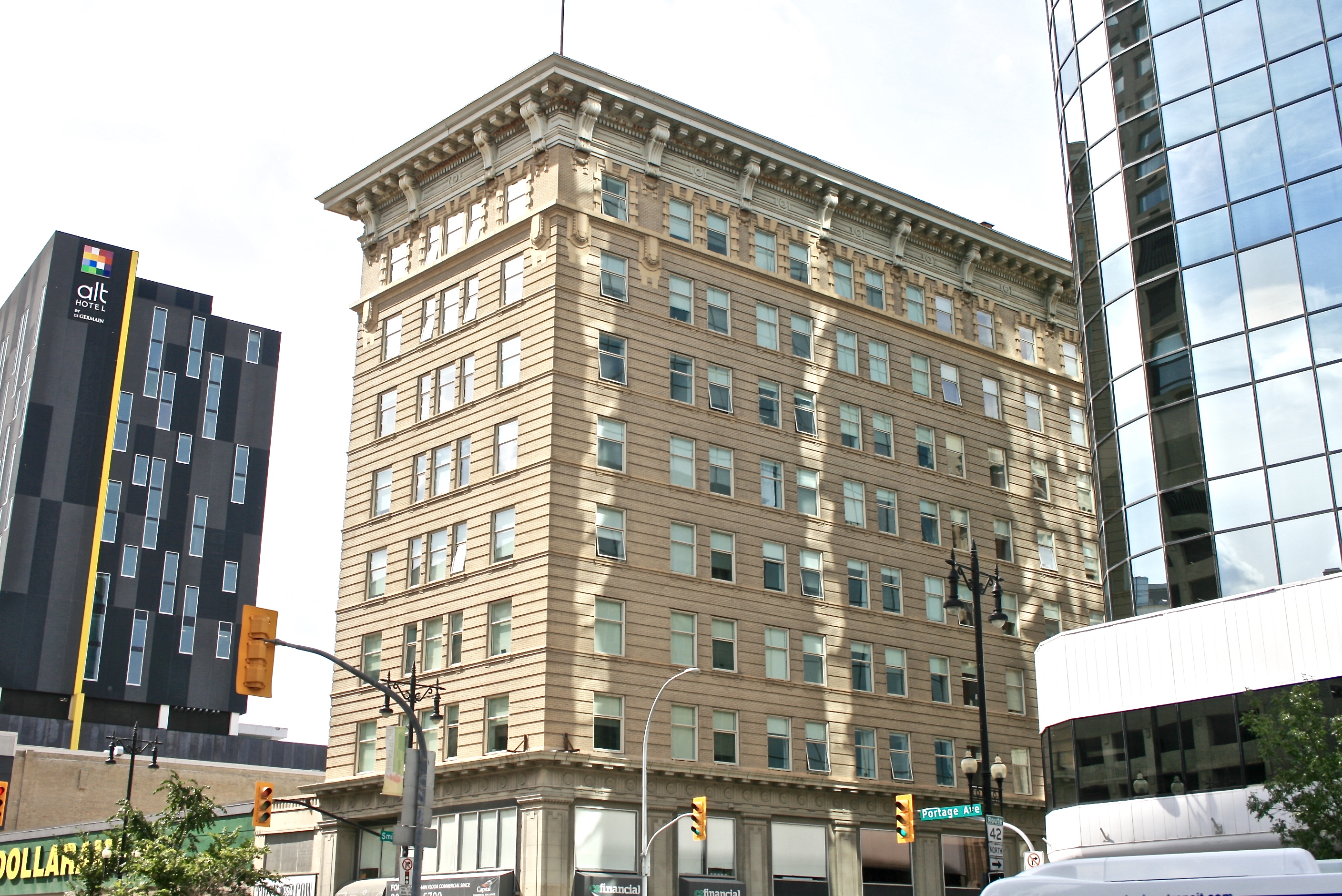 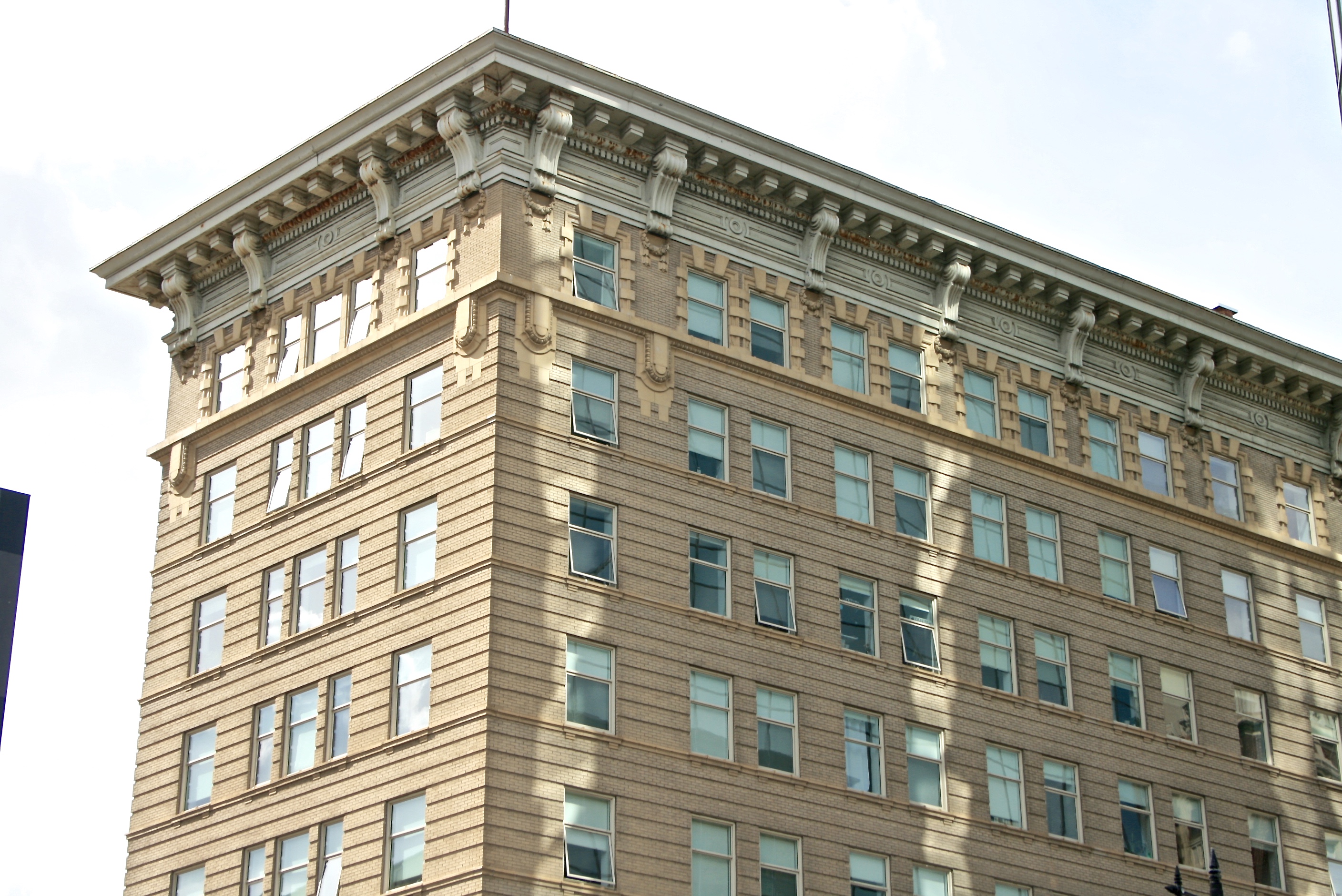 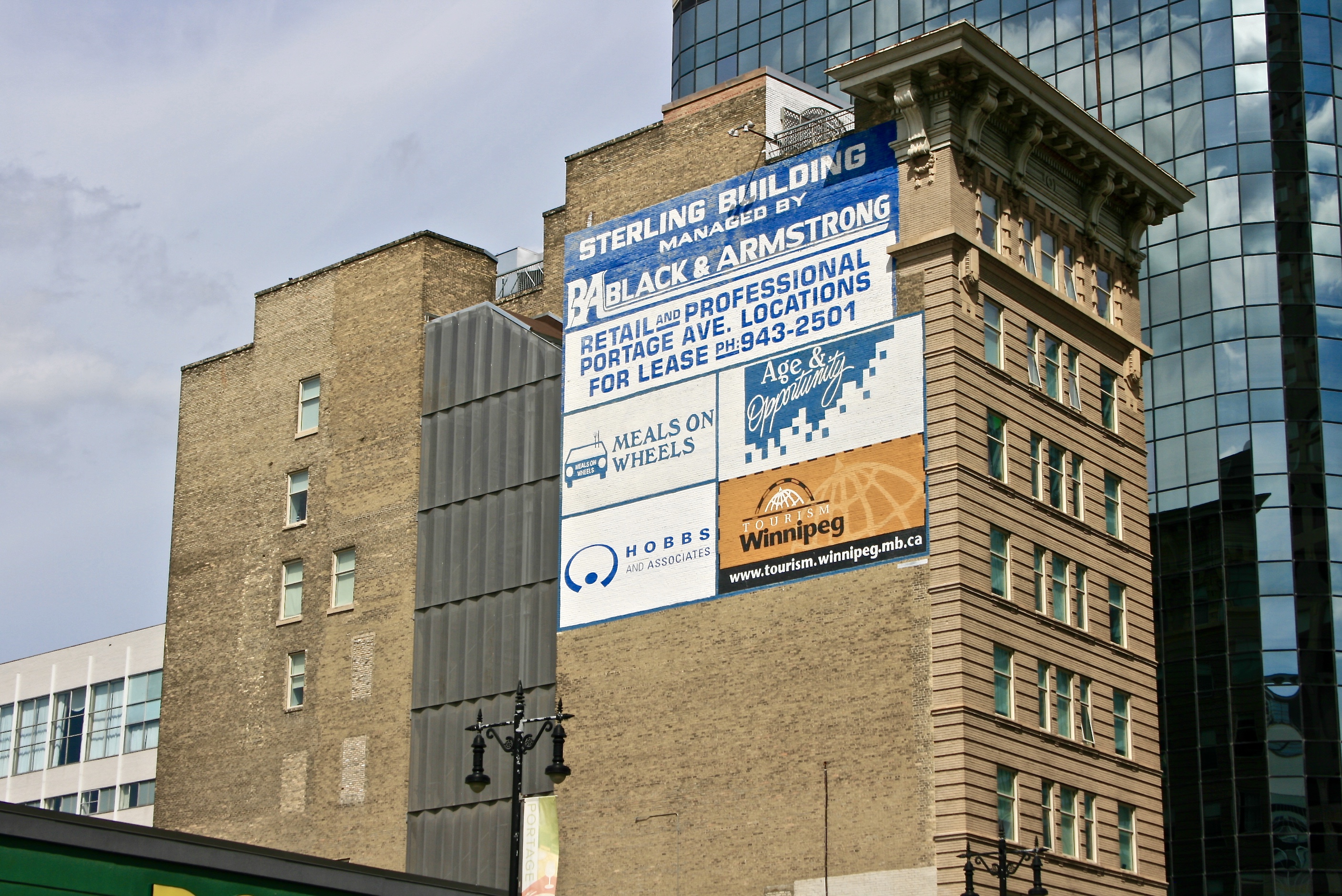 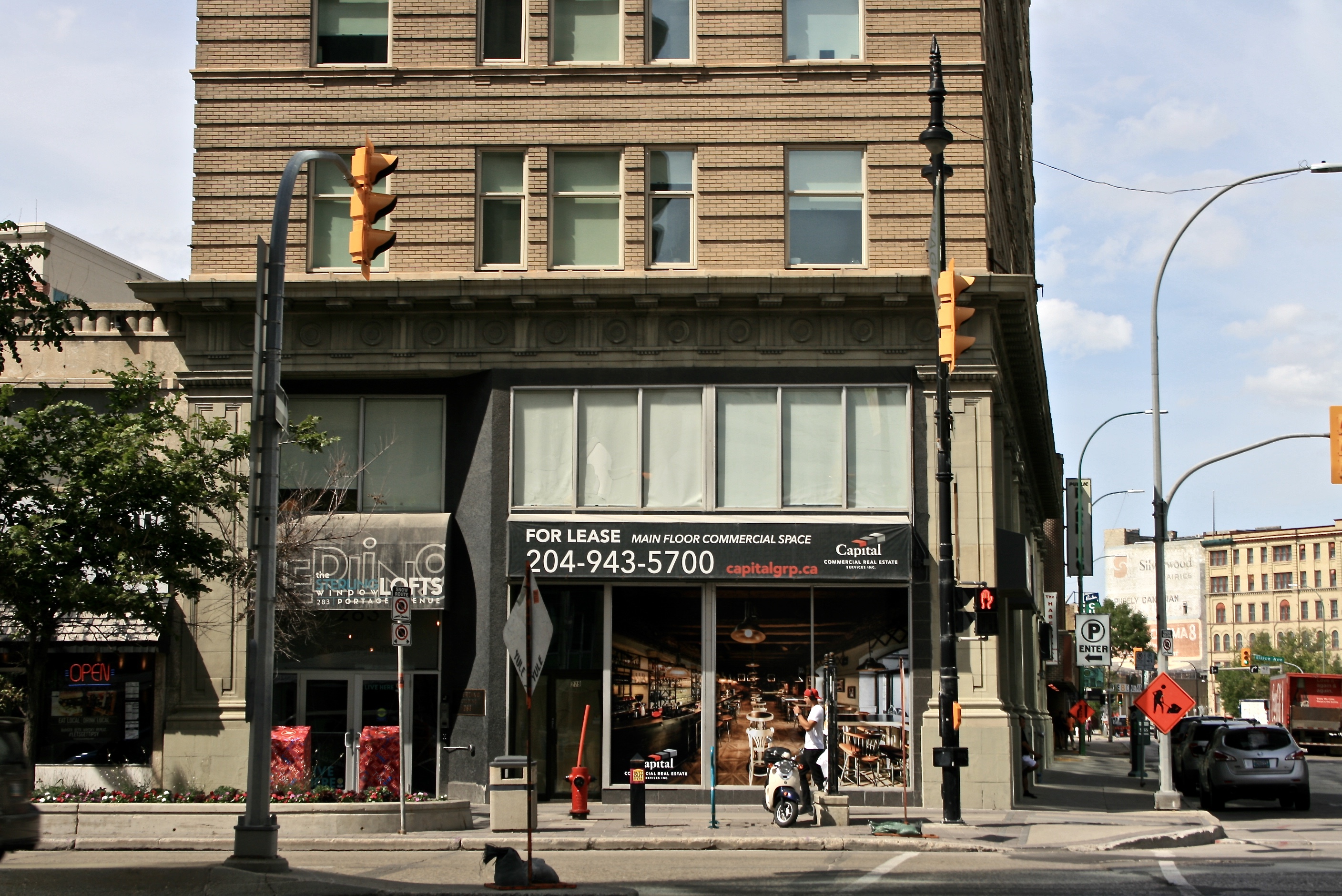 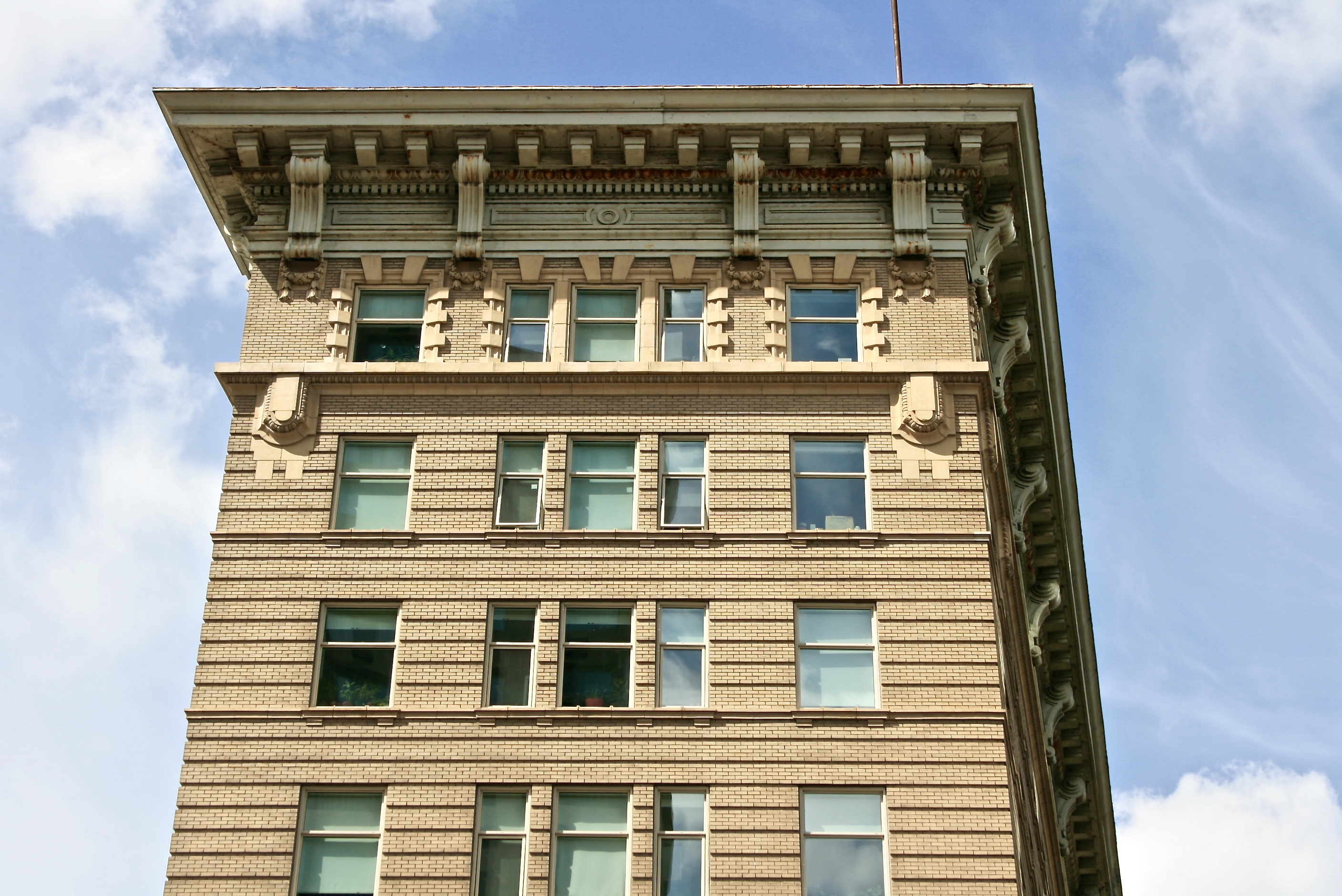 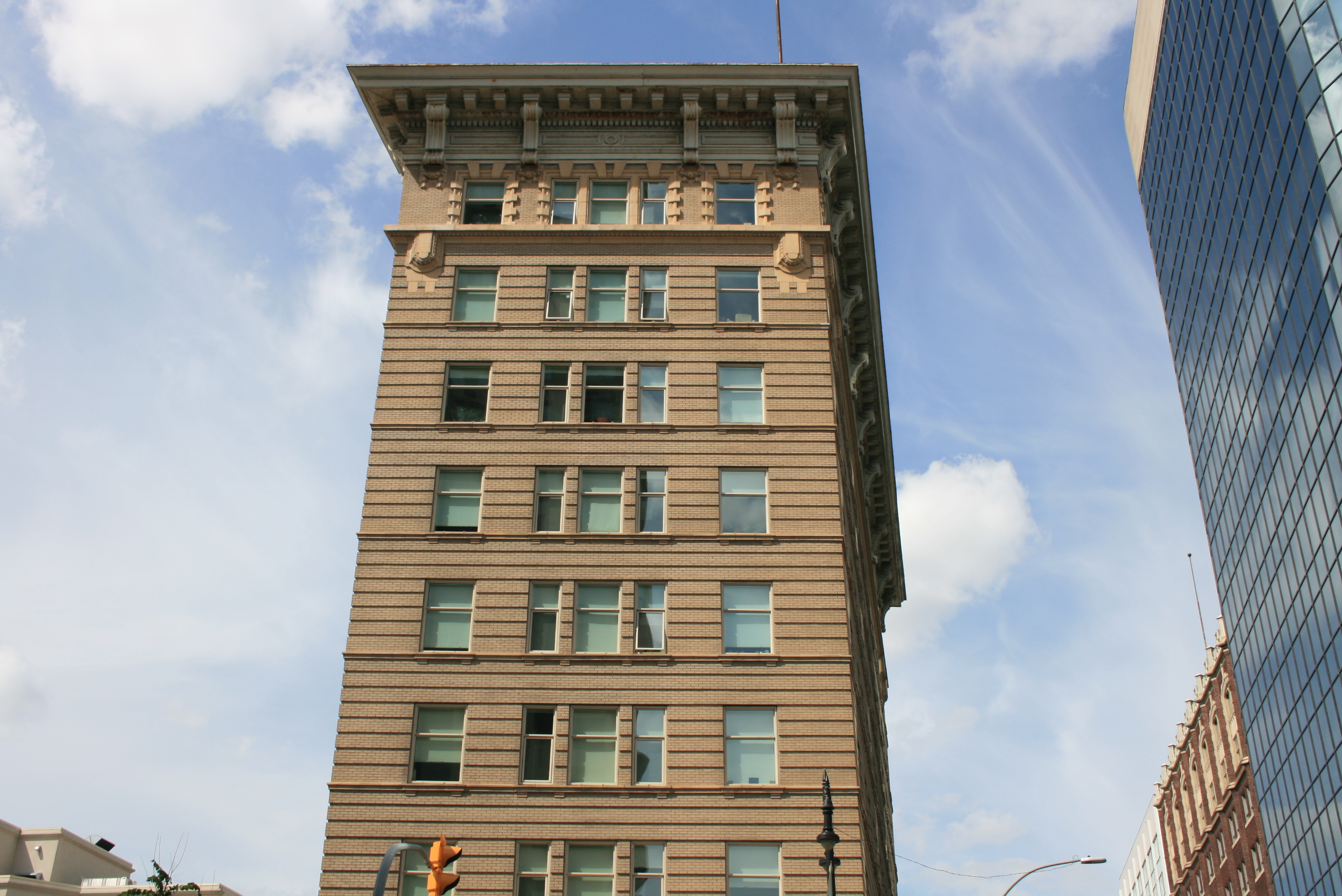 283 Portage Avenue was constructed in 1911 - 1912 by Carter-Halls-Aldinger. The building was designed by James Chisholm to be the Sterling Bank Building. The bank is an excellent example of the Chicago School Style. It's decided into three sections; the base makes up the first and mezzanine levels, the body makes up levels two through seven, and the cornice level makes up the final storey. Most of the ornamental details are found on the cornice level. The eight floor is decorated in grey terra cotta and overhangs. Due to the building's location on the corner of Smith Street and Portage Avenue, the bank has two facades which are decorated similarly. The base of the building is decorated with the same grey terra cotta. There are fluted and non-fluted columns which are topped off by an entablature. The body contrast the base and cornice levels as it is clad in a brown brick organized to have deep grooves. To tie these levels with the rest of the building there are terra cotta sills and and entablature.

In April of 2017 the Sterling Bank Building was designated as a municipal historic site.