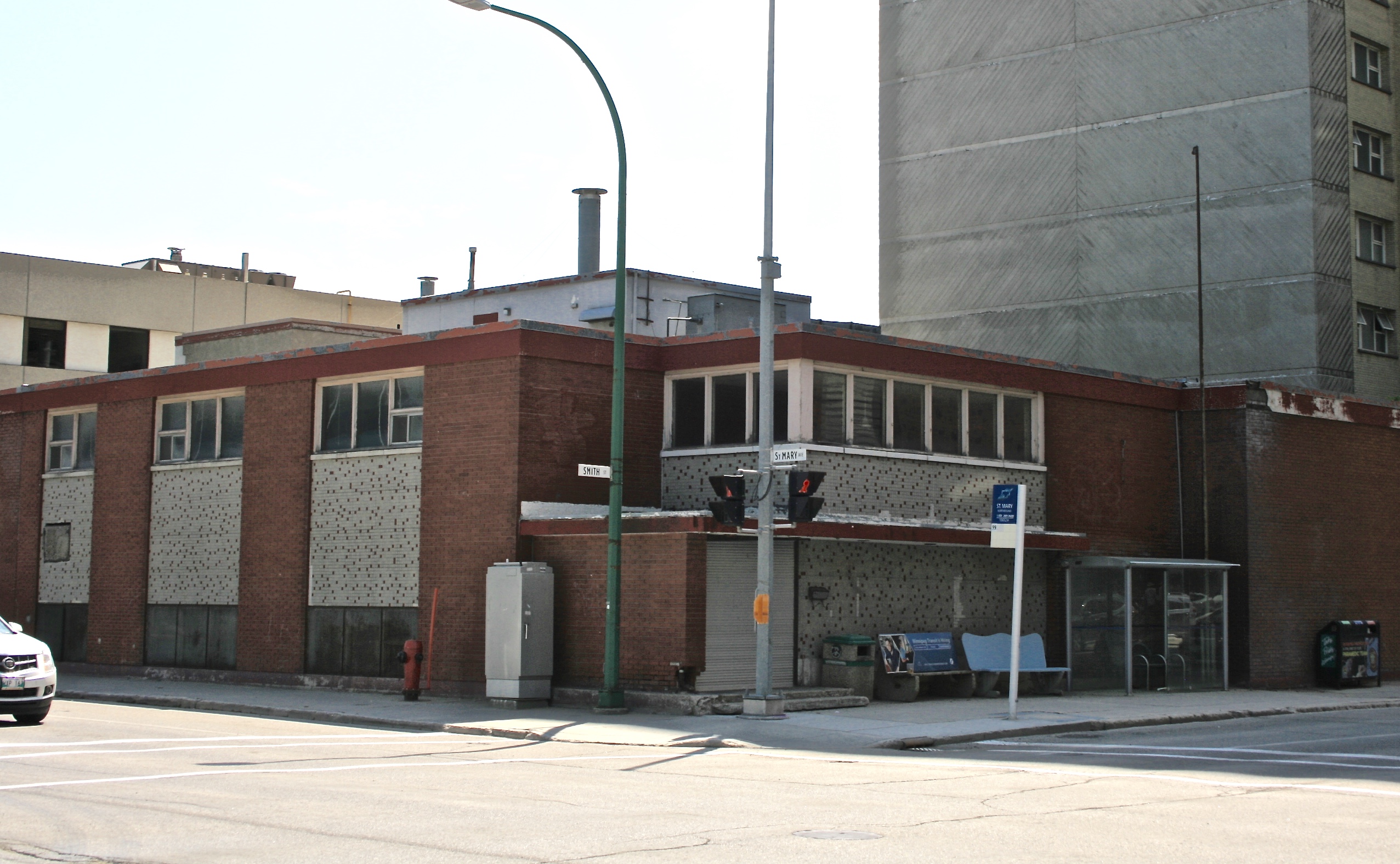 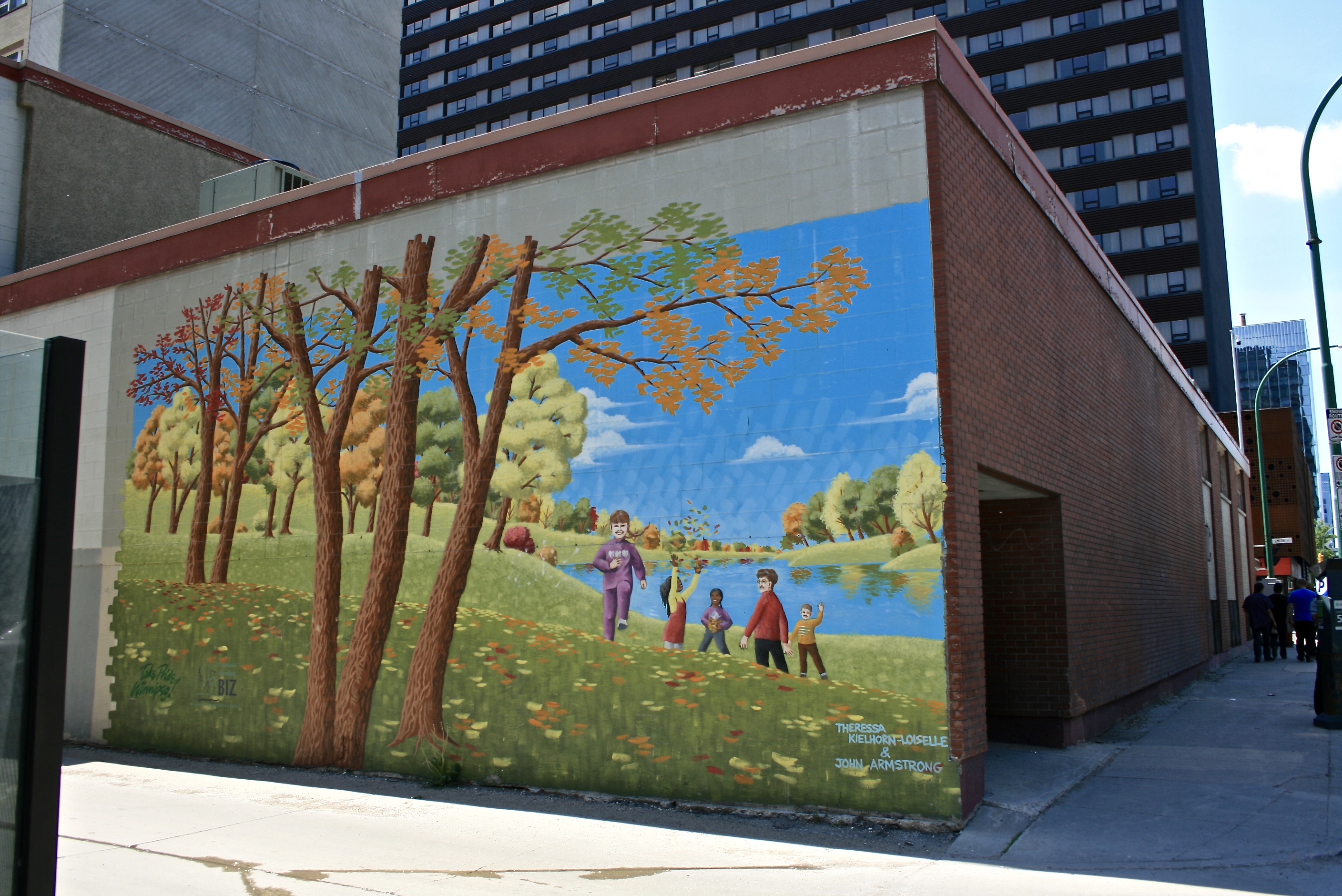 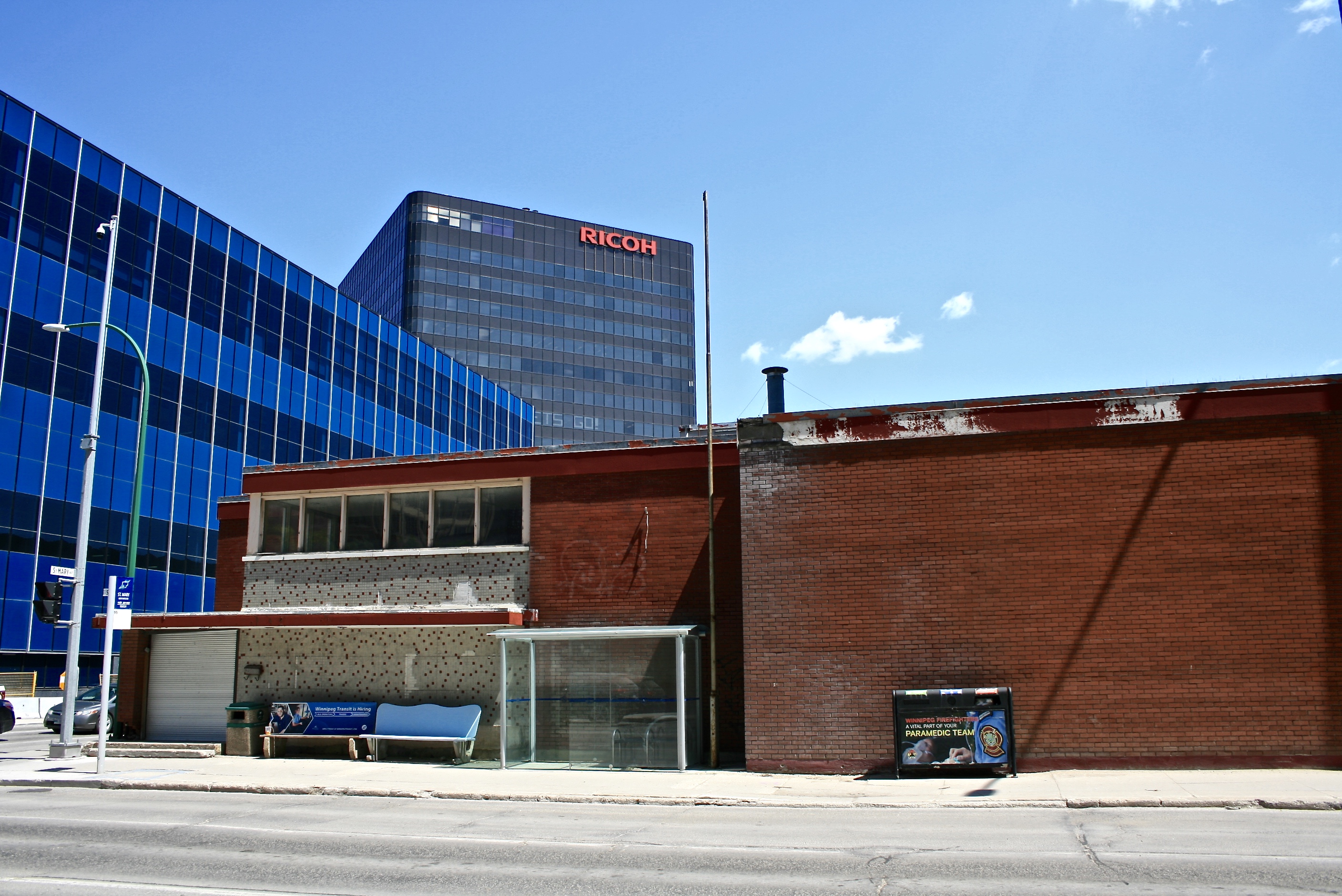 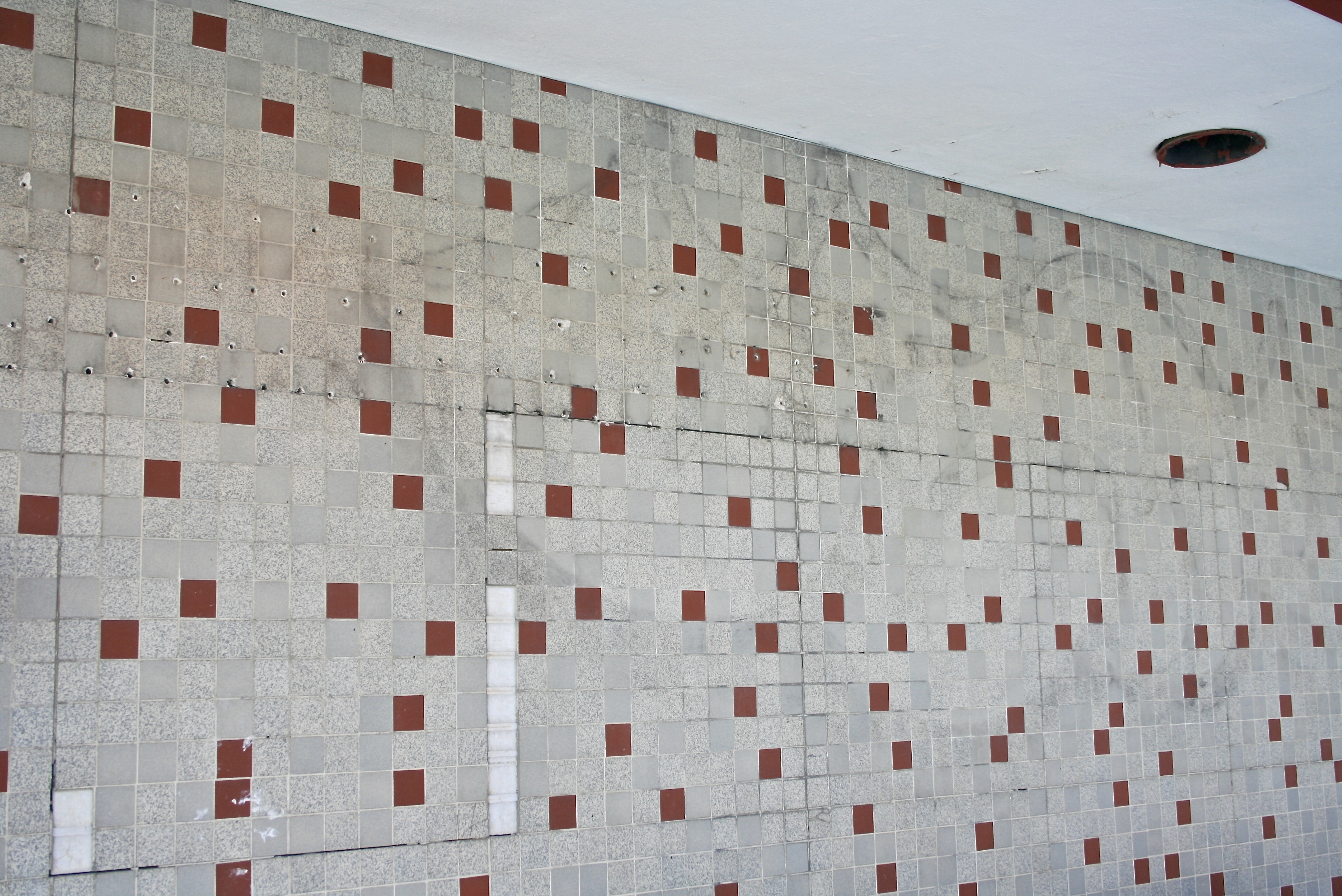 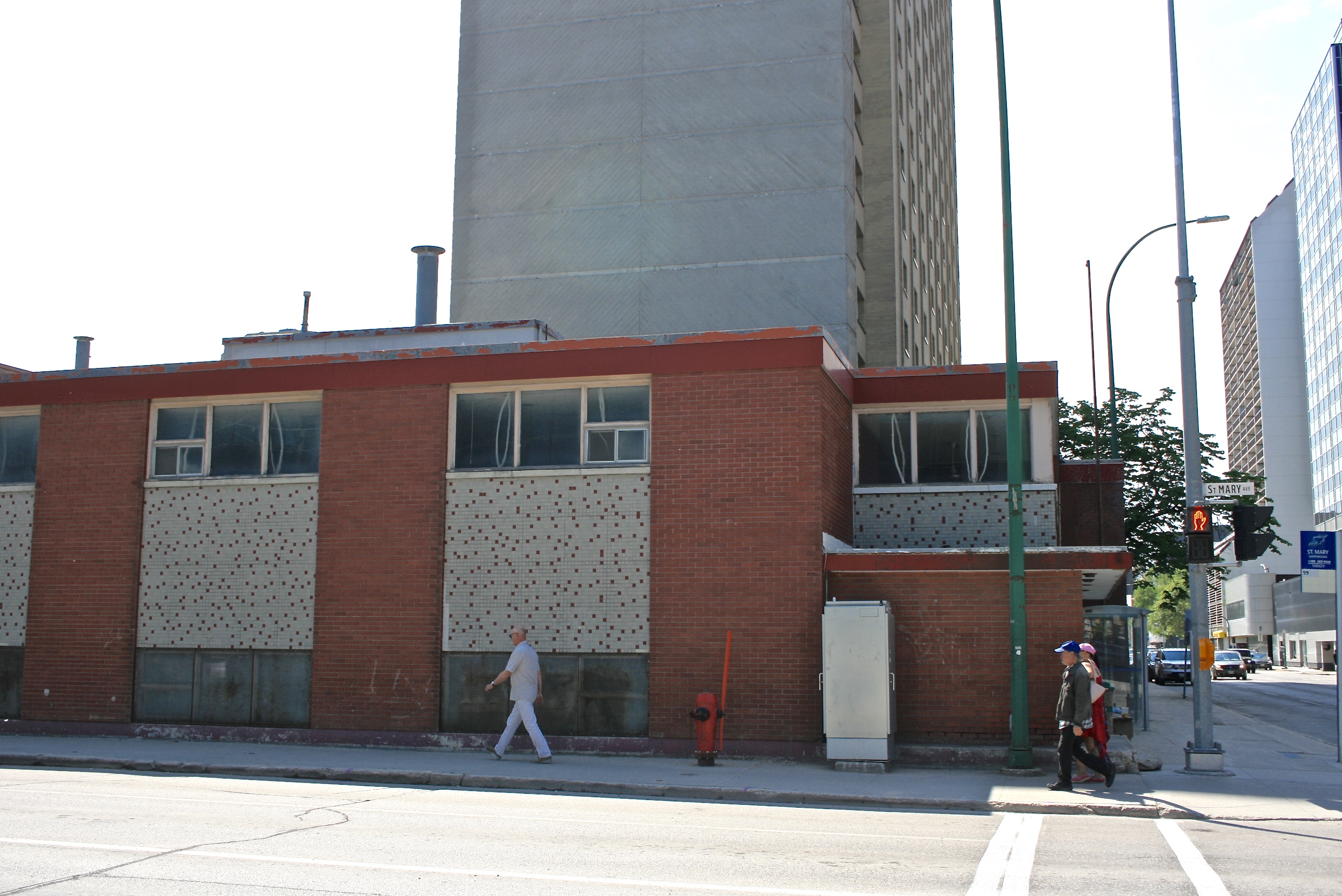 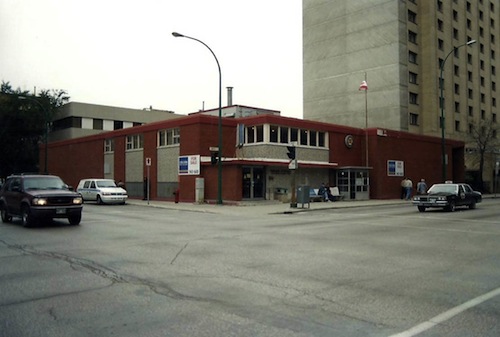 Imperial Veterans of Canada Legion No. 84

Architects Pratt and Lingren designed the original two storey Imperial Veterans of Canada Legion No. 84. headquarters at 280 St. Mary Avenue. The building was constructed in 1957.

A major addition was made in 1982. Dwight R. Johnston, the architect, had an office on Portage at Harcourt in St. James, and the developer was D. A. Project Management Ltd. at 264 1/2 Portage. Expanding into the space formerly occupied by Manitoba Bearing Works, the new construction extended the legion almost to the lane and most of the width of the original structure along the back wall. Some reuse of the concrete foundation walls of the Bearing Works may have been incorporated into this addition, which matched the materials and look of the 1957 building seamlessly.

The structure has a steel frame and concrete block walls. The facade features solid areas of warm brown brick, alternated with panels of mosaic ceramic tile. The use of ceramic tile around the entrance and under the setback second floor windows reinforces the significance of the primary entrance. In 1984, a second addition on the southeast corner squared off the building leaving only a small parking lot. These renovations brought the building to its current form.

For many years, the Imperial Veterans of Canada Legion No. 84 has occupied the building. Despite huge variations of historical precedents, legions in Canada have come to mean a fraternal organisation of superannuated soldiers. The Imperial Vets is one of the nation’s oldest legions, organised in 1910 to represent various veterans’ brigades and particularly Boer War vets. The national headquarters at the time was in Winnipeg. After nearly folding in the post First World War period, Canadian legions banded together under the umbrella of the Canadian Legion of the British Empire Service League, of which this is a member.

On the Eastern facade is a mural depicting children playing in a green field near a lake in the early autumn. The Mural was painted by John Armstrong and Theresa Kielhorn-Smith in 1998.