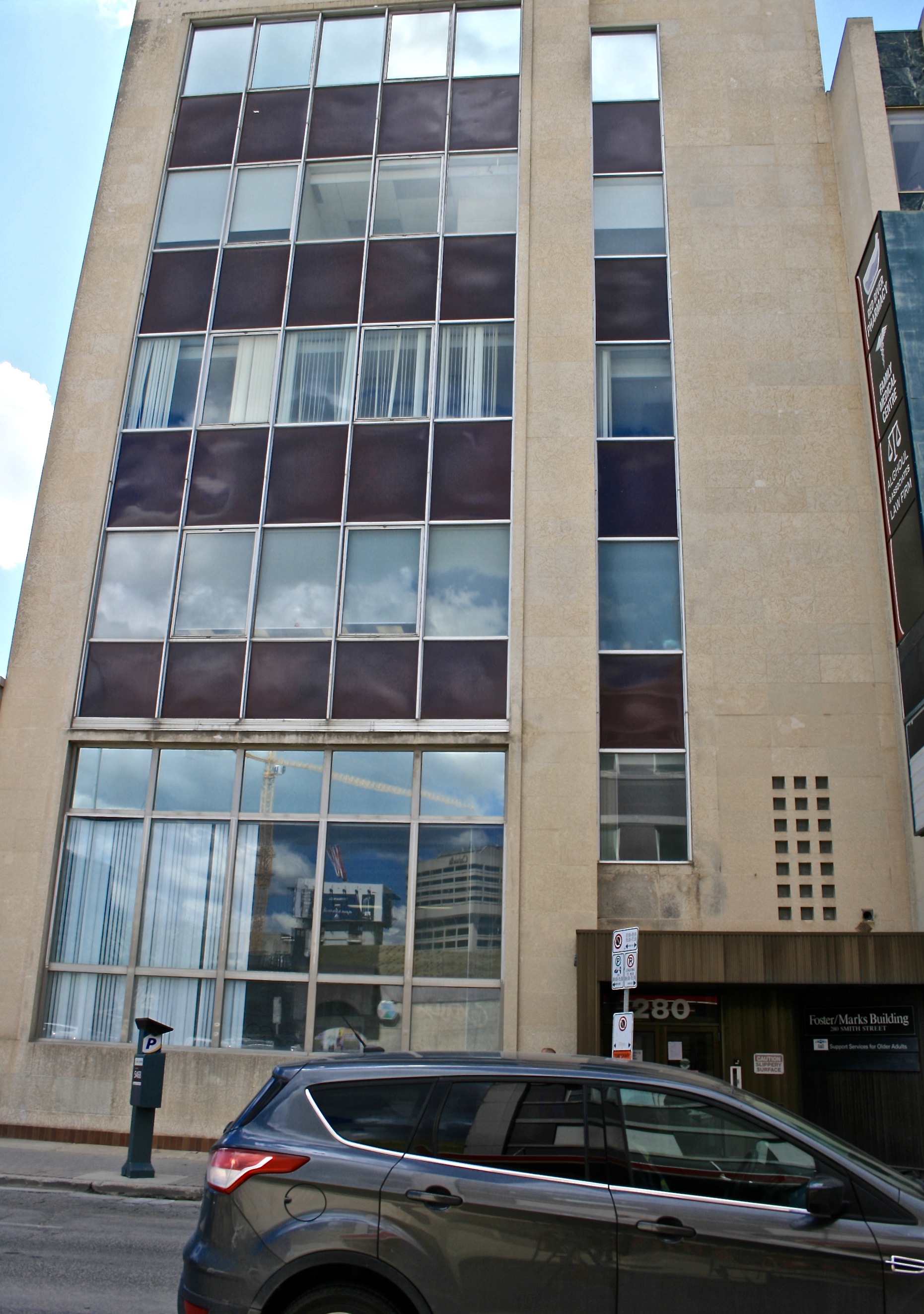 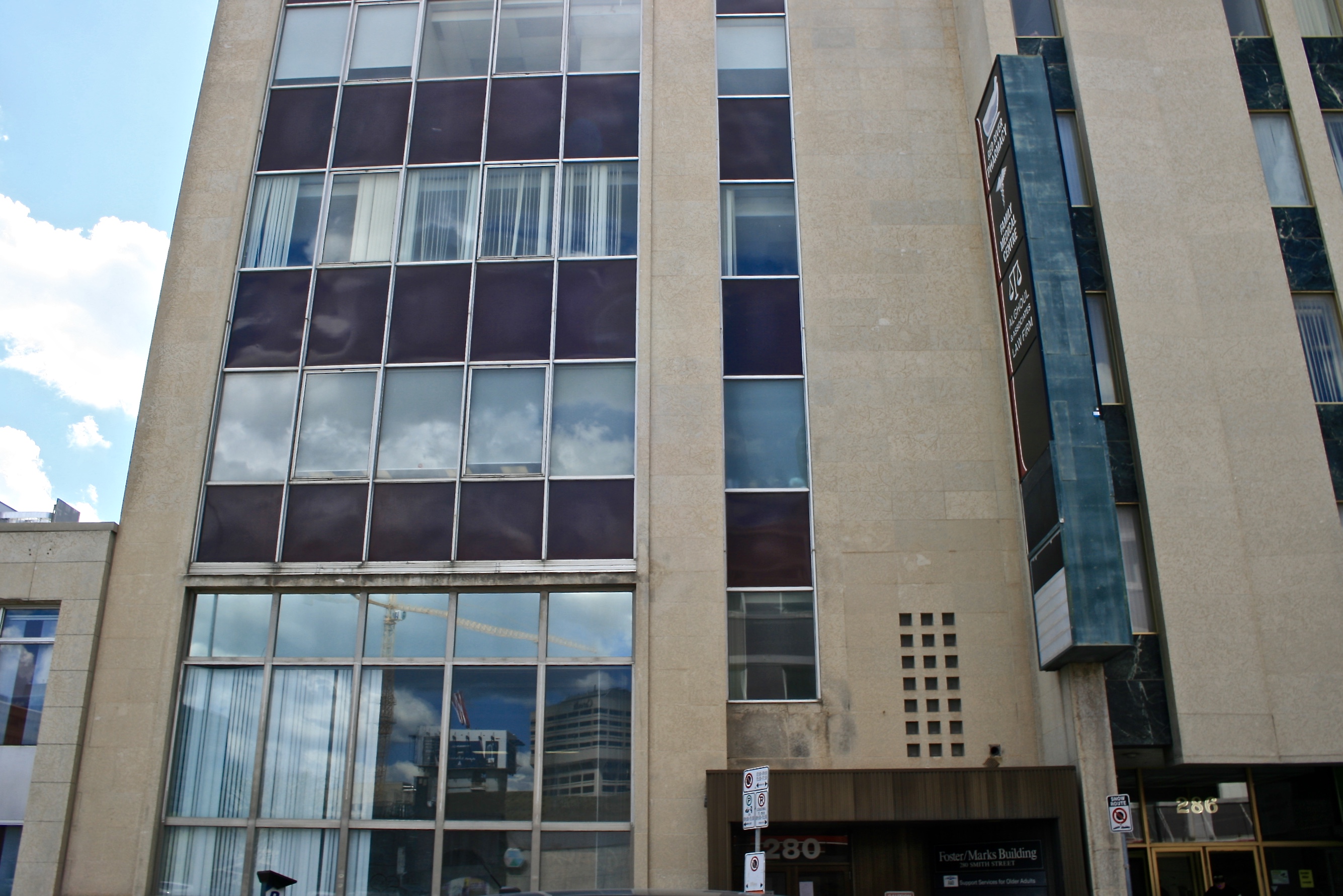 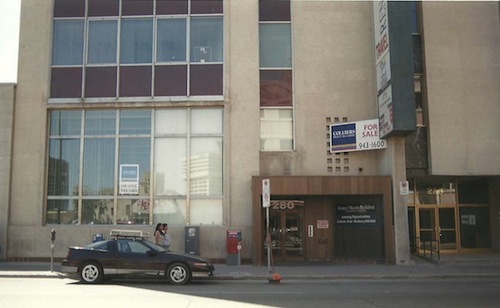 280 Smith Street, developed by Barcliffe Investments, was constructed in 1950 as a two storey office for Western Saving and Loan. The architects hired for the design work was Moody and Moore architects.

By 1957 it was decided that the building was too small and need of an addition. Barcliffe Investments hired Moody and Moore architects once more for the new three storey addition and decided to hired the Pearson Construction Co. Ltd. as their contractor. The three storey addition included the addition of an elevator within the building and the extension of the staircase located just above the main entrance of the building. The major expansion also allowed for the alteration of the 1950 exterior, the resulting exterior removed much of the original elements. The alteration cost $500,000 and involved sinking new caissons, new steel framing, and concrete decks. The three floors of brand new office space was rented out to various tenants.