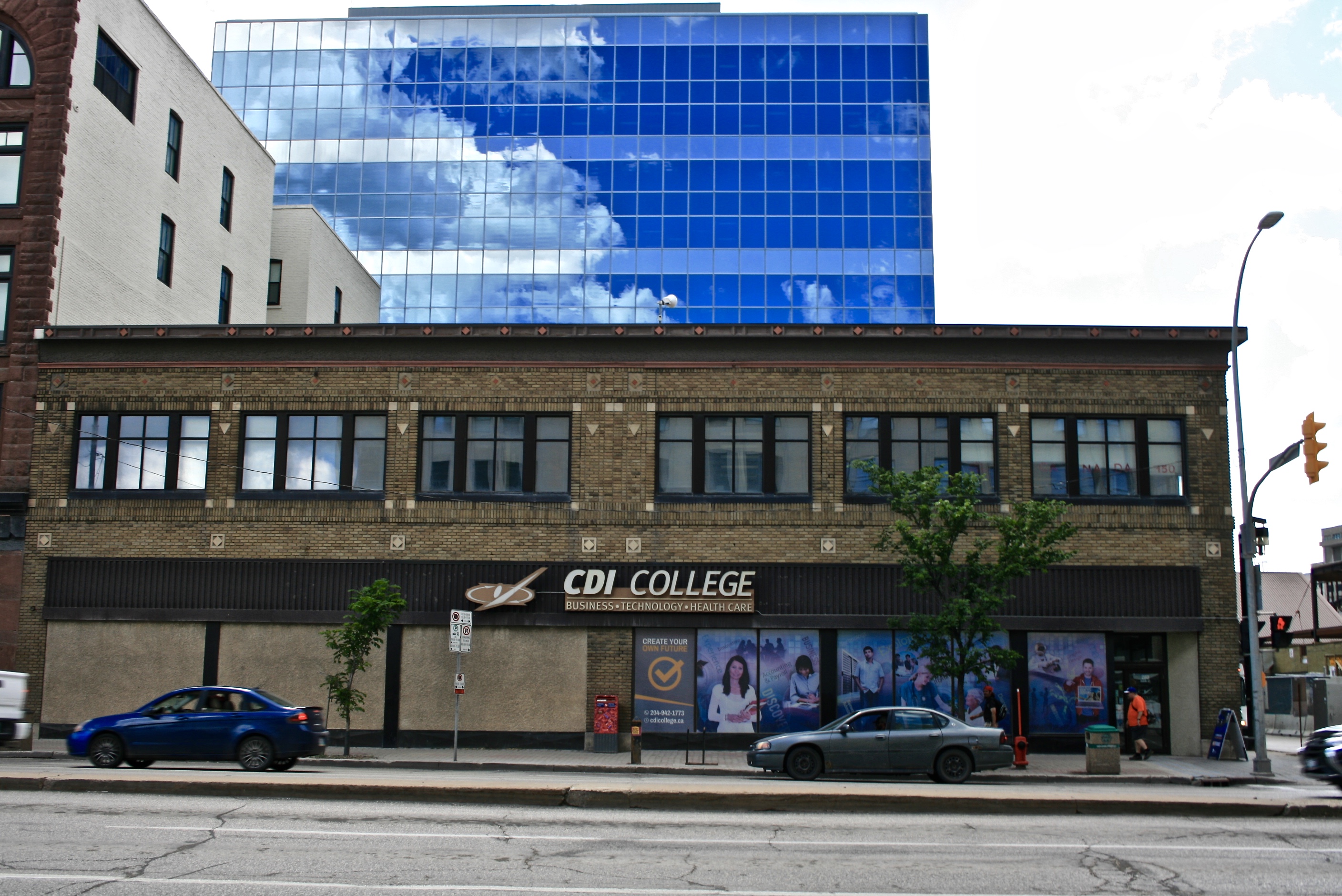 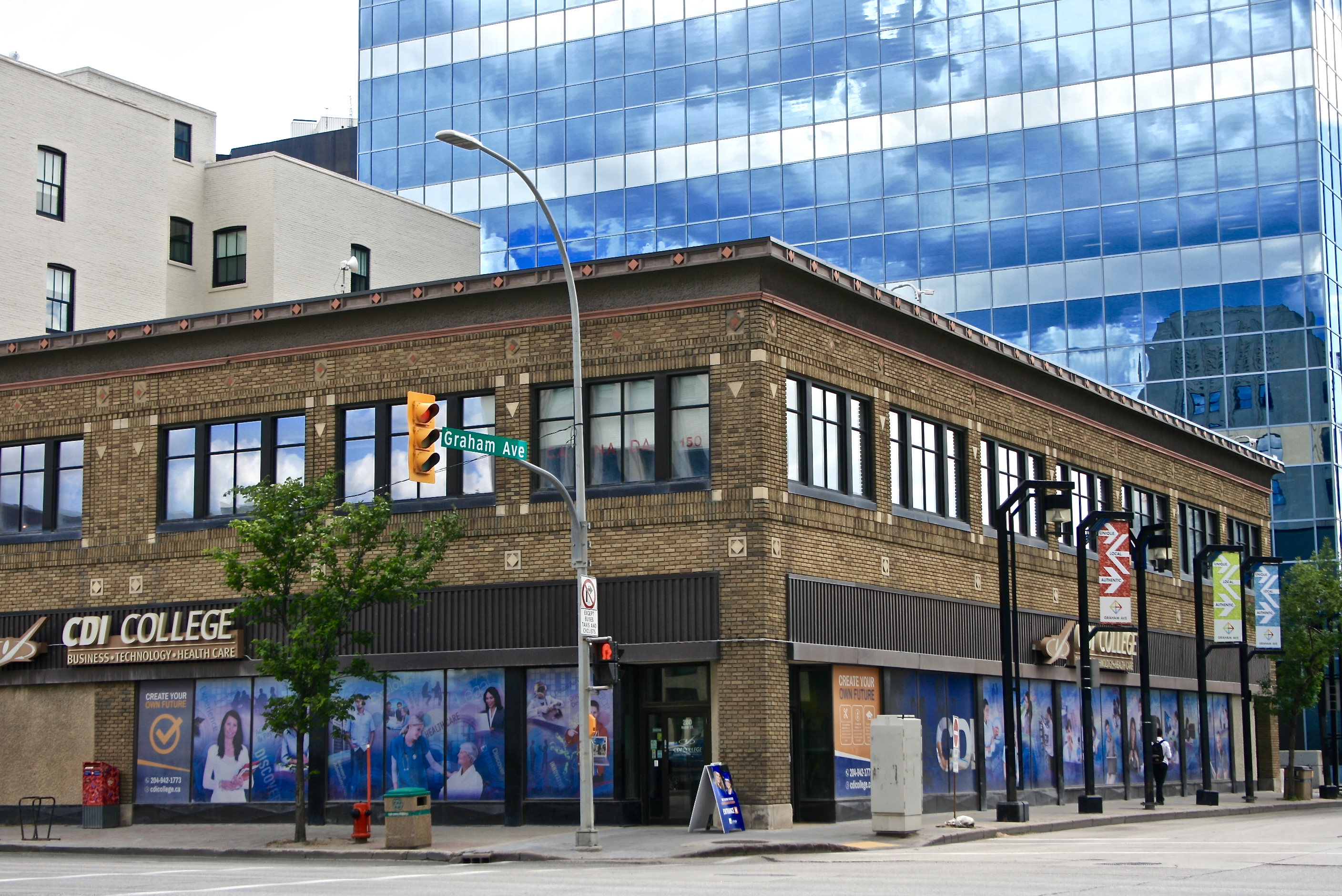 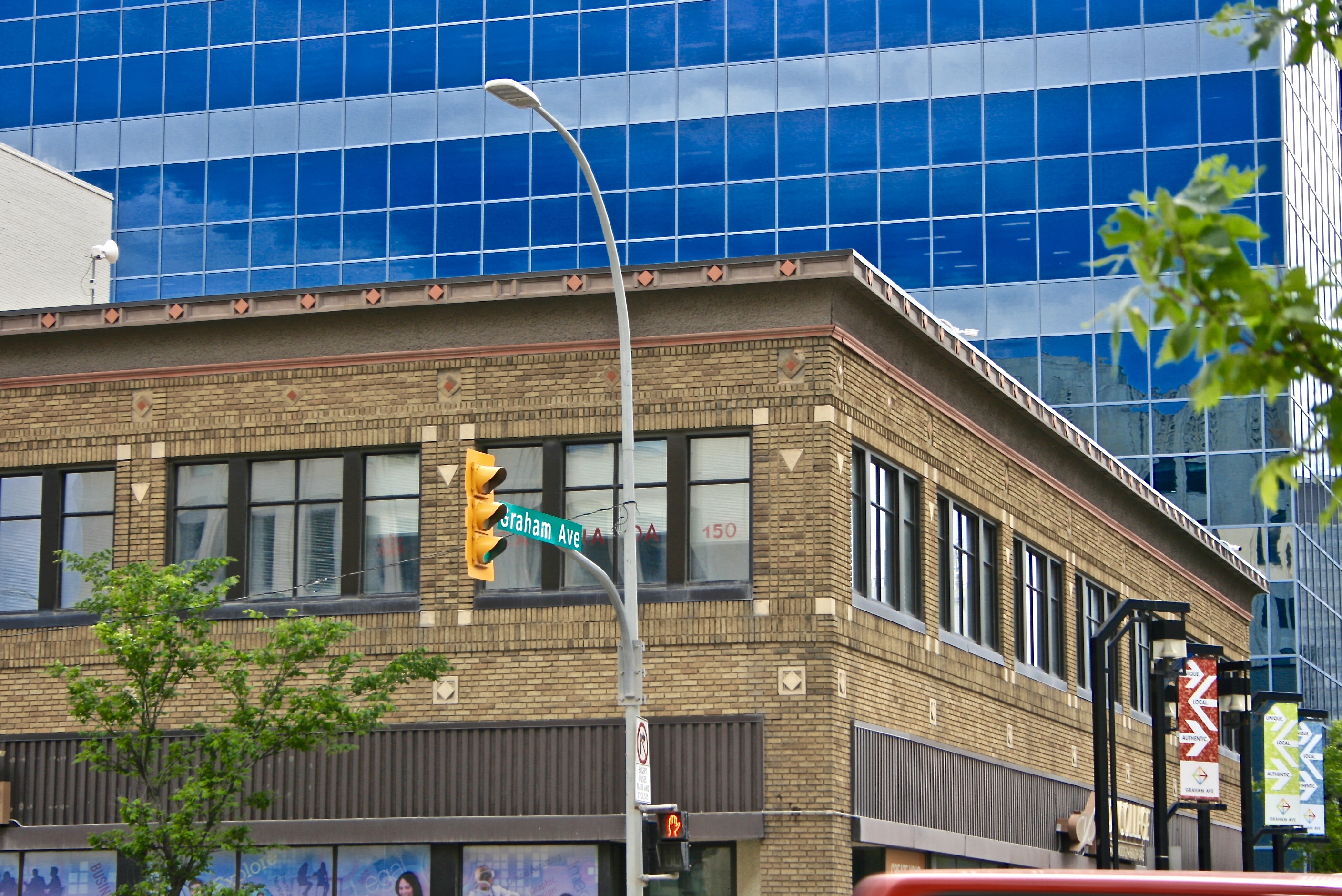 280 Main Street, also known as the Cadomin building, was constructed in 1912 and designed by John D. Atchison. When completed the cost of the building was $50,000. It was originally owned by the Canadian Dominion Development Company, which also happened to be the contractor for the building. The next largest tenant was the Wilson Furniture Company, which moved to the building in 1974. The Wilson Furniture Company was close to the Cadomin building, but needed to move due to the Trizec development.

280 Main Street was constructed with a steel frame and plaster with ornamental details made of tin. The two-storey building had six display windows facing Main Street. The upper level was used as office space while the main level was rented to five separate retail businesses. A central entrance to the building led to the upper level offices. The exterior separated the two levels by adding a large band of brick tapestry between the two floors. The cornice was decorated by diamond detailing that remains today. A fire at the next door Scott block, 272 Main Street threatened the Cadomin building, but the building escaped with minimal damages.

An addition was made to the building in 1948, allowing for a total of eight retail stores. The largest renovation to the building came with the ownership of the Wilson Furniture Company. A corner entrance was opened at Main Street and Graham Avenue and the three southern-most display windows along Main Street were removed. What was once eight separate retail spaces became a large showroom. By 2003, both the main and second levels were altered to be large showrooms. During this renovation new acoustic ceiling tiles were installed as well as new lighting and a staircase in the middle of the showroom, allowing patrons to access both showrooms.

By late 2003 the Wilson Furniture Company had moved out of the Cadomin building. The City of Winnipeg evaluated the building for heritage status, but ultimately decided not to list is as a heritage building. It was thought that the building was a candidate for demolition and redevelopment.

280 Main Street still remains, although many of its windows and entrances have been covered and filled in with concrete. The building is currently used as a CDI college, a post-secondary institute which prepares students for careers in business, technology, arts, design, and healthcare.