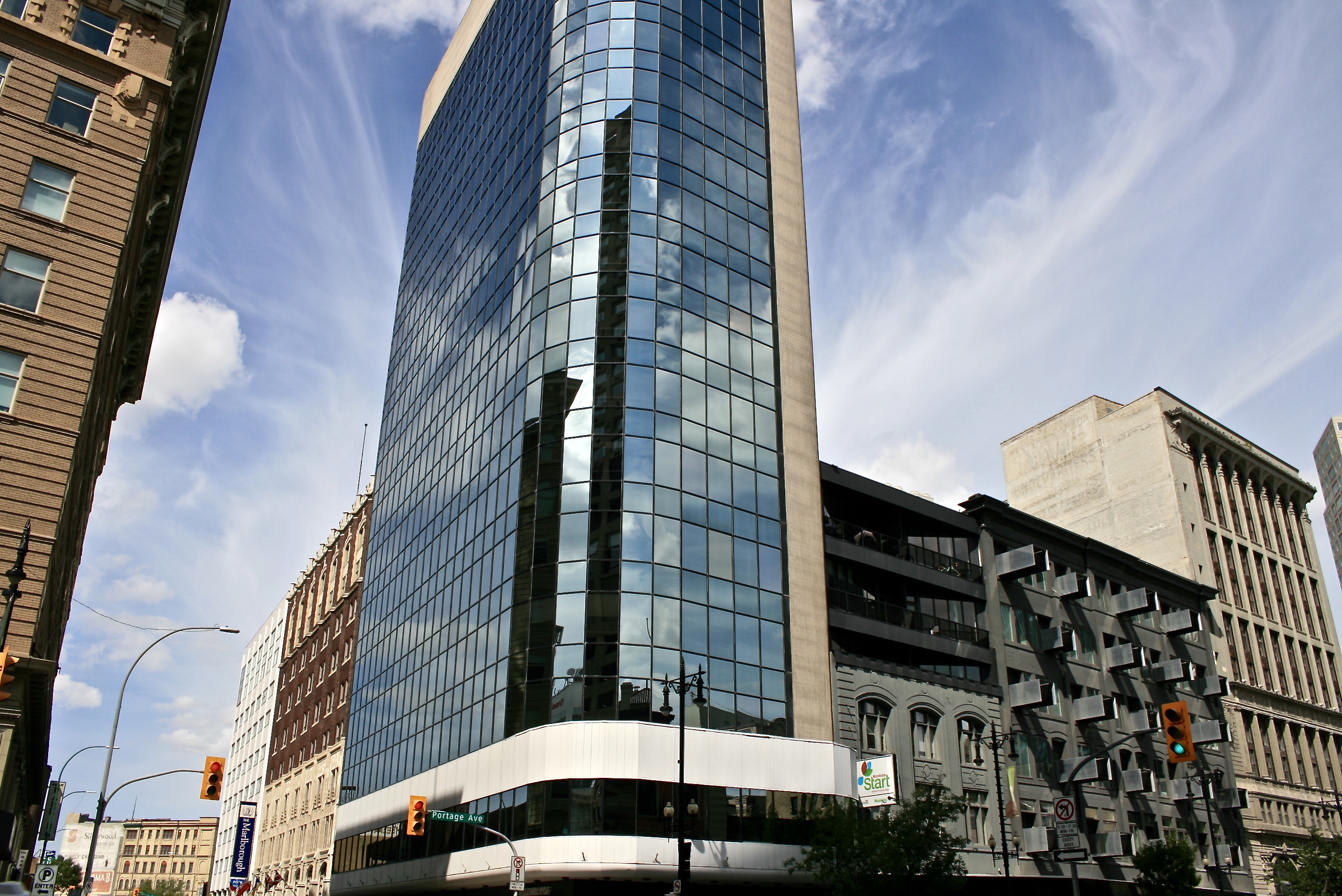 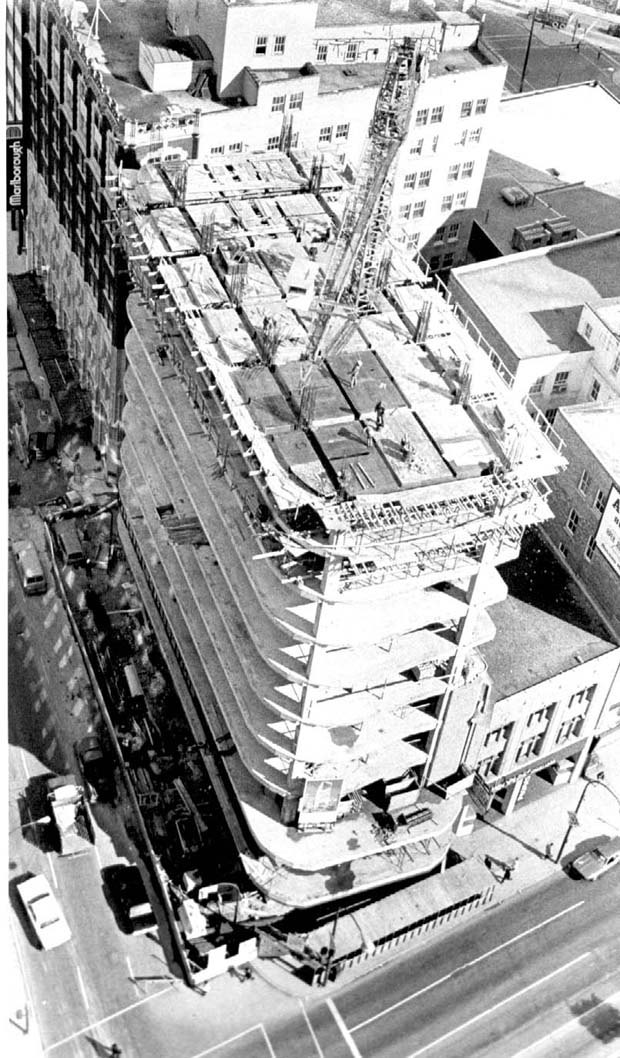 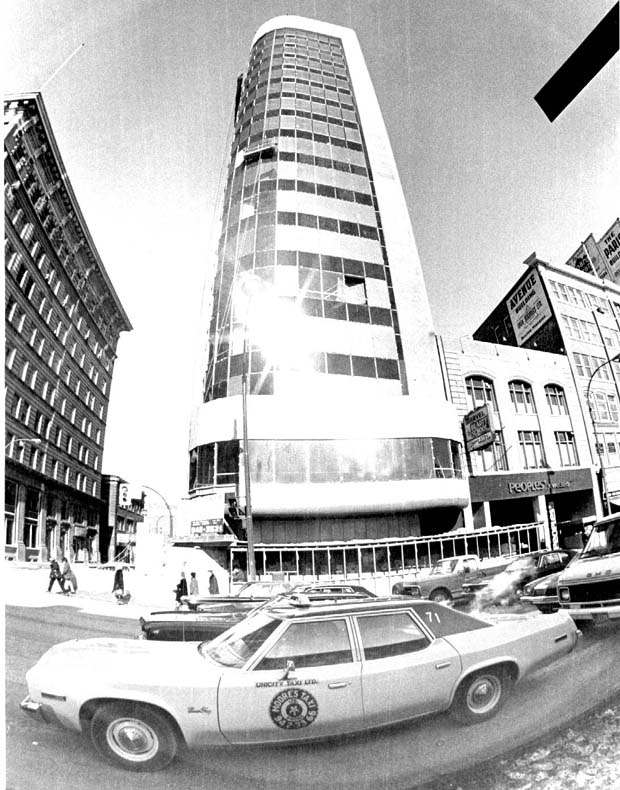 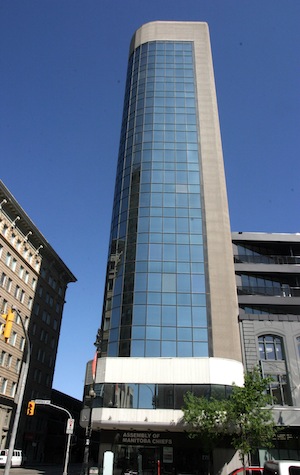 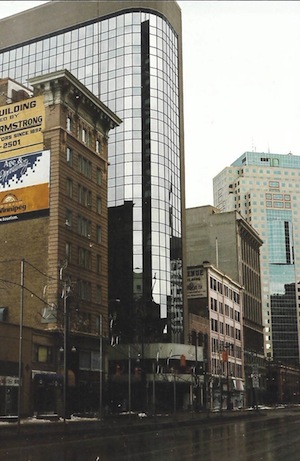 275 Portage Avenue (known as the Kensington Block) was constructed between 1973 and 1974, based on a design by architect Jack M. Ross. The structure replaced a previously existing building built in 1905, and destroyed by fire.

Faced with the problem of designing such a tall building on such a small lot, Jack M. Ross approached the city to seek permission for an encroachment on the Smith Street side, meaning that the building’s second level would expand over the traditional property line, creating an overhang for the pedestrian sidewalk. Fairly innovative in Winnipeg for the period, the encroachment technique allowed Ross to accommodate an increased floor plate on upper levels. 275 Portage Avenue is an unusual high-rise building for Winnipeg, as it maximises its’ very narrow lot.