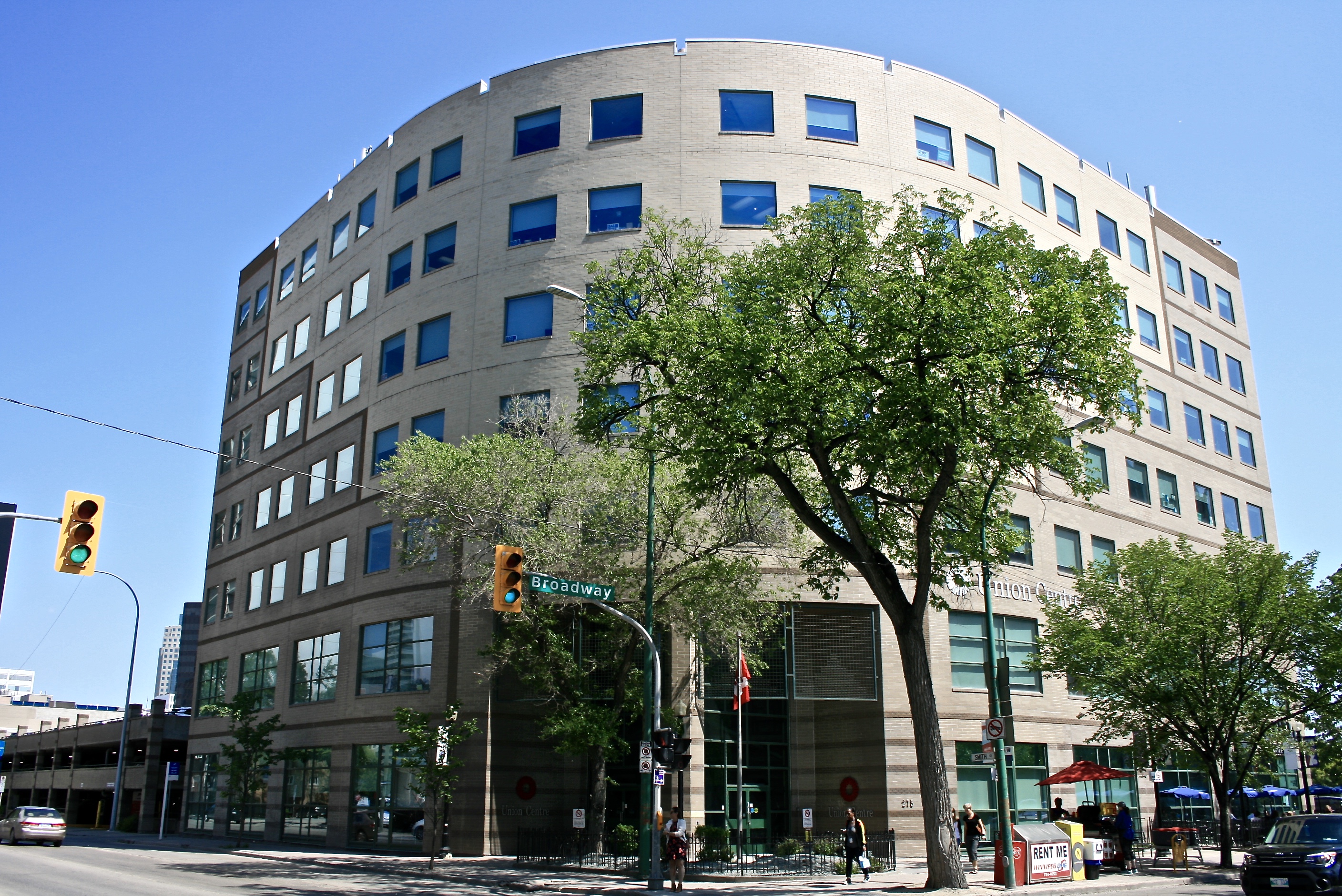 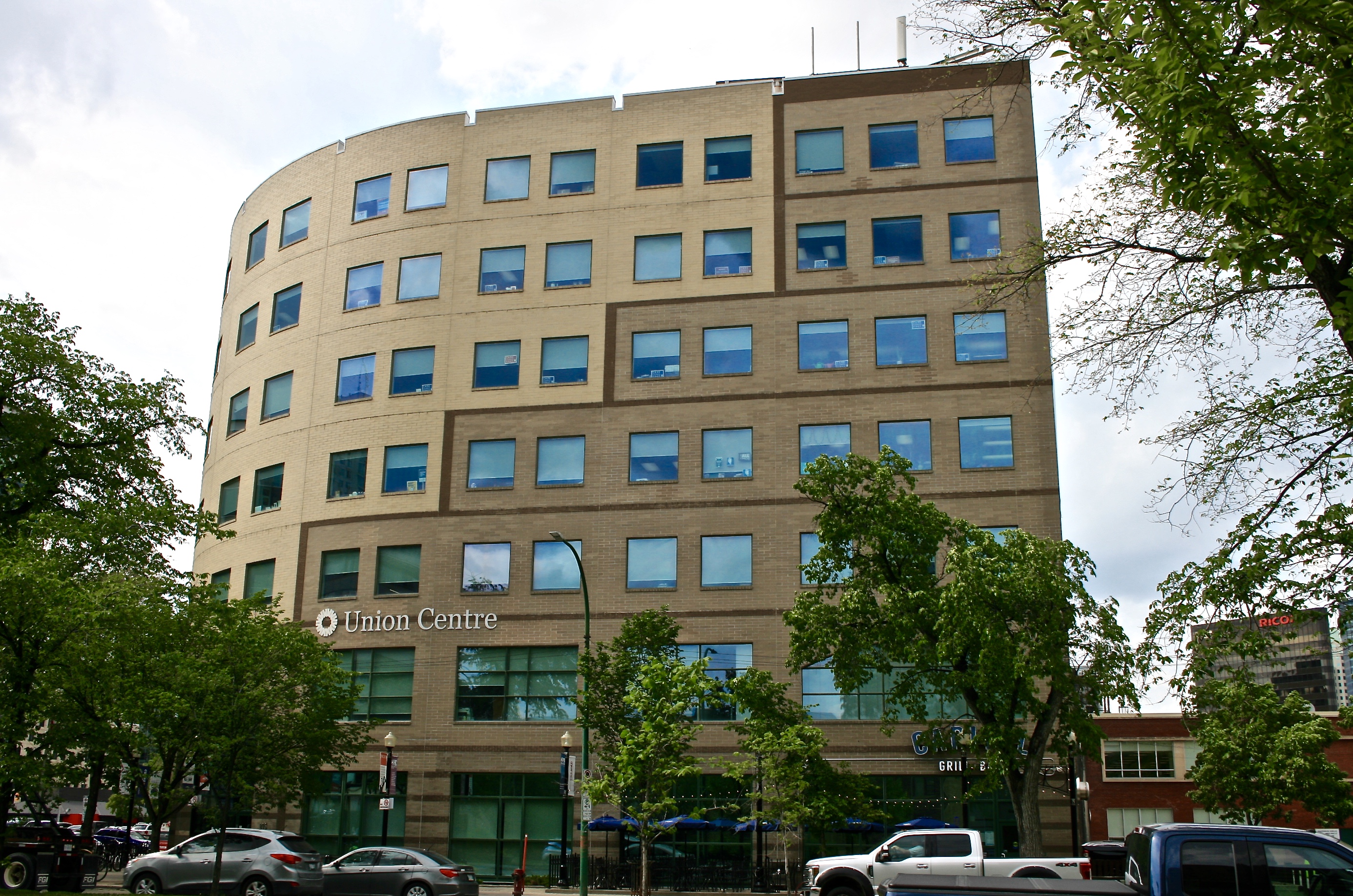 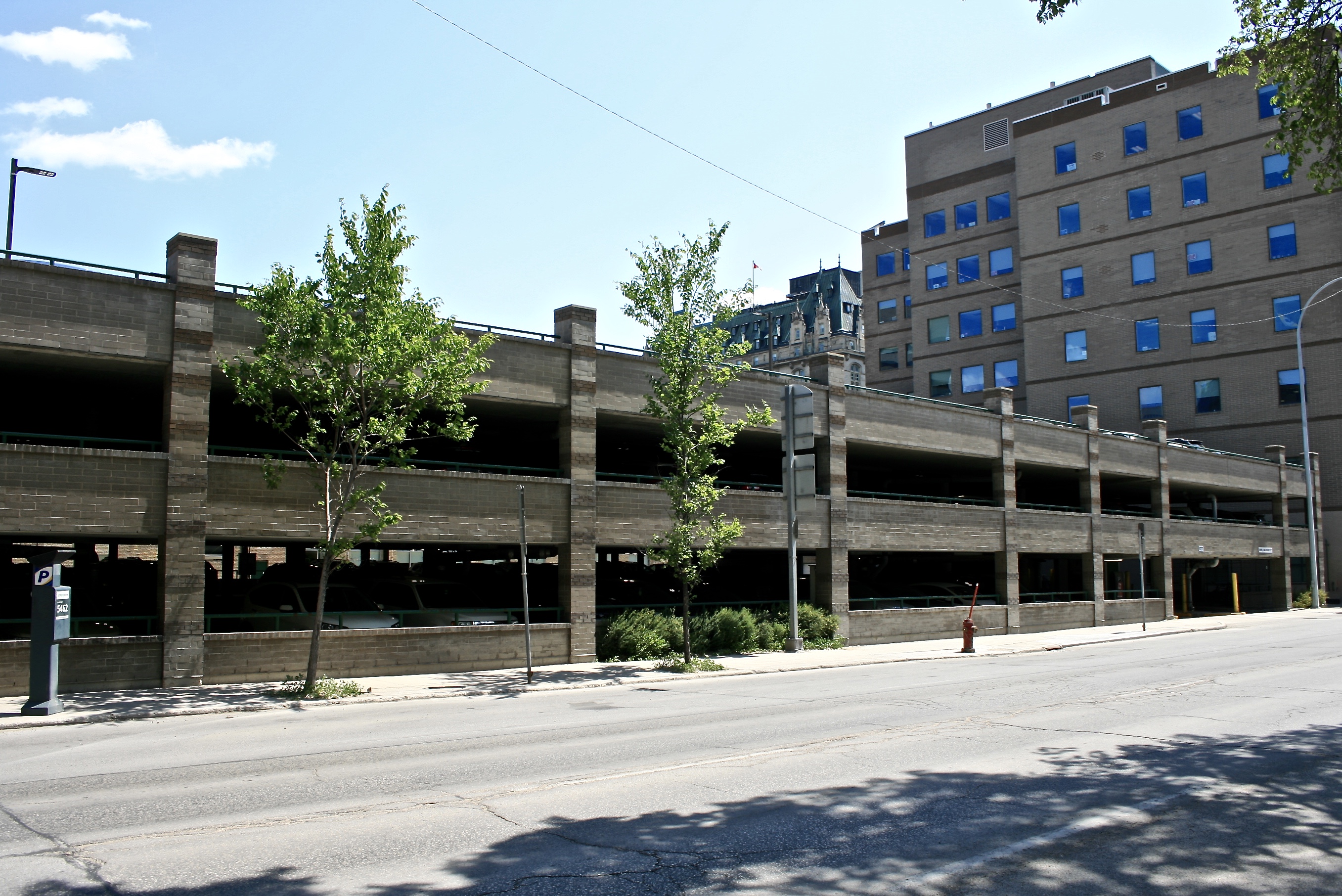 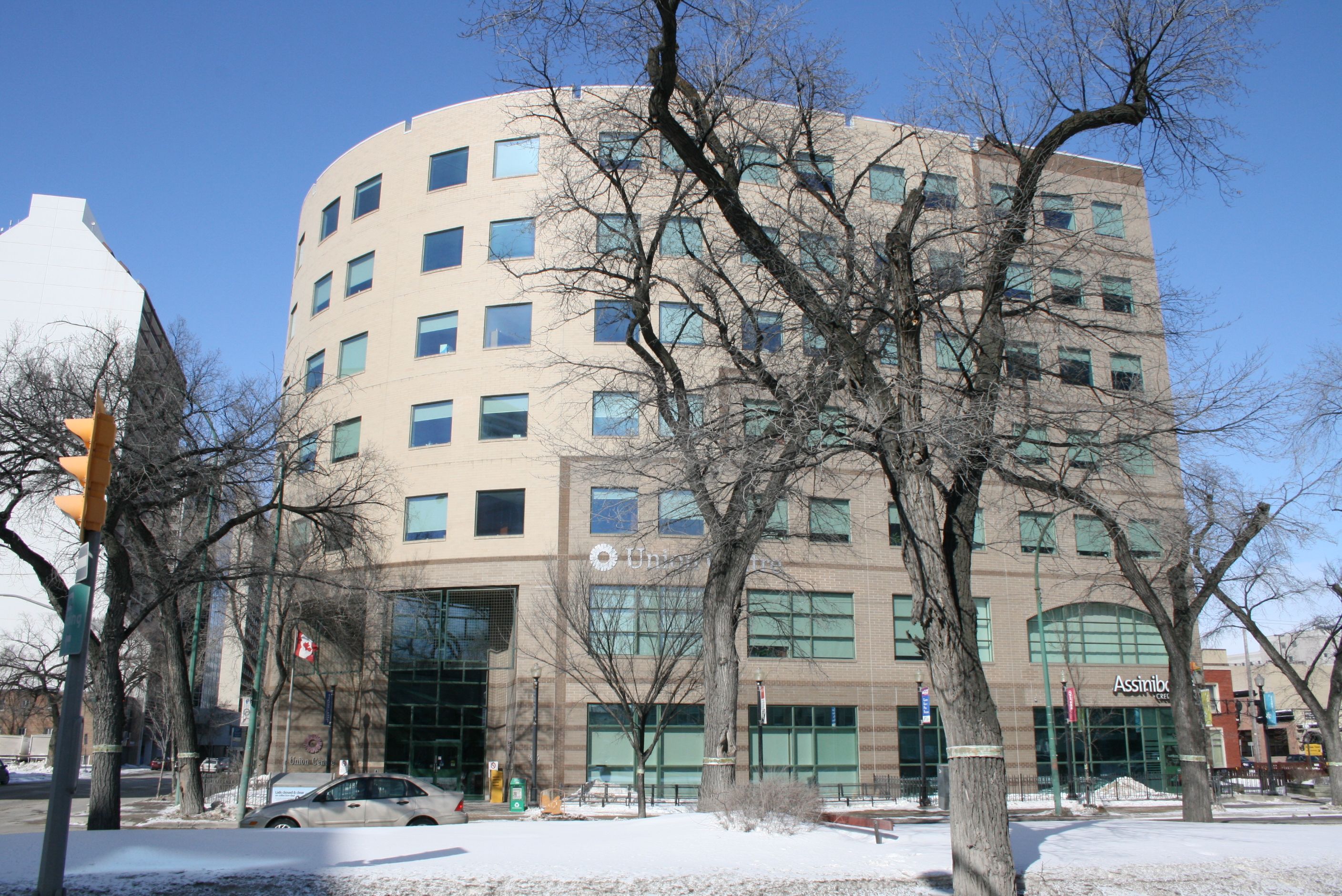 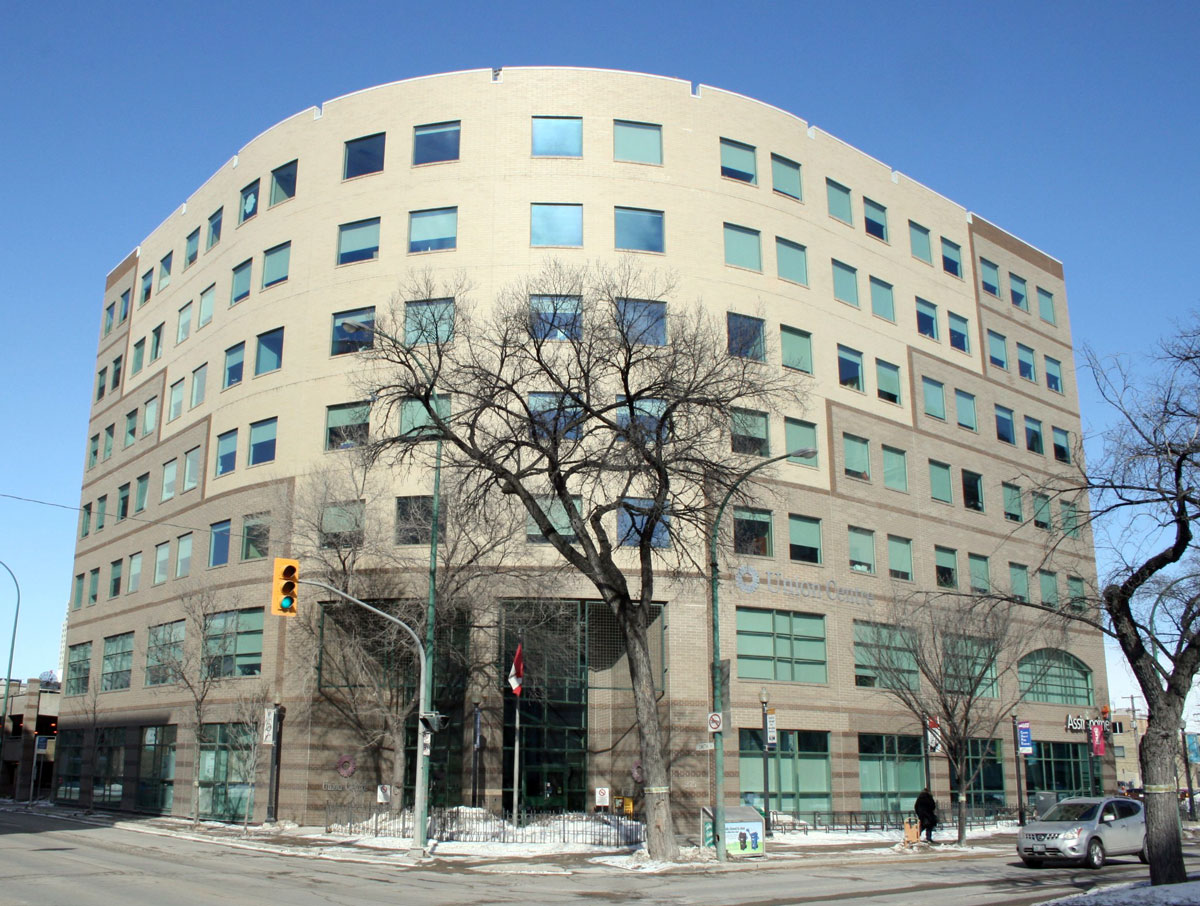 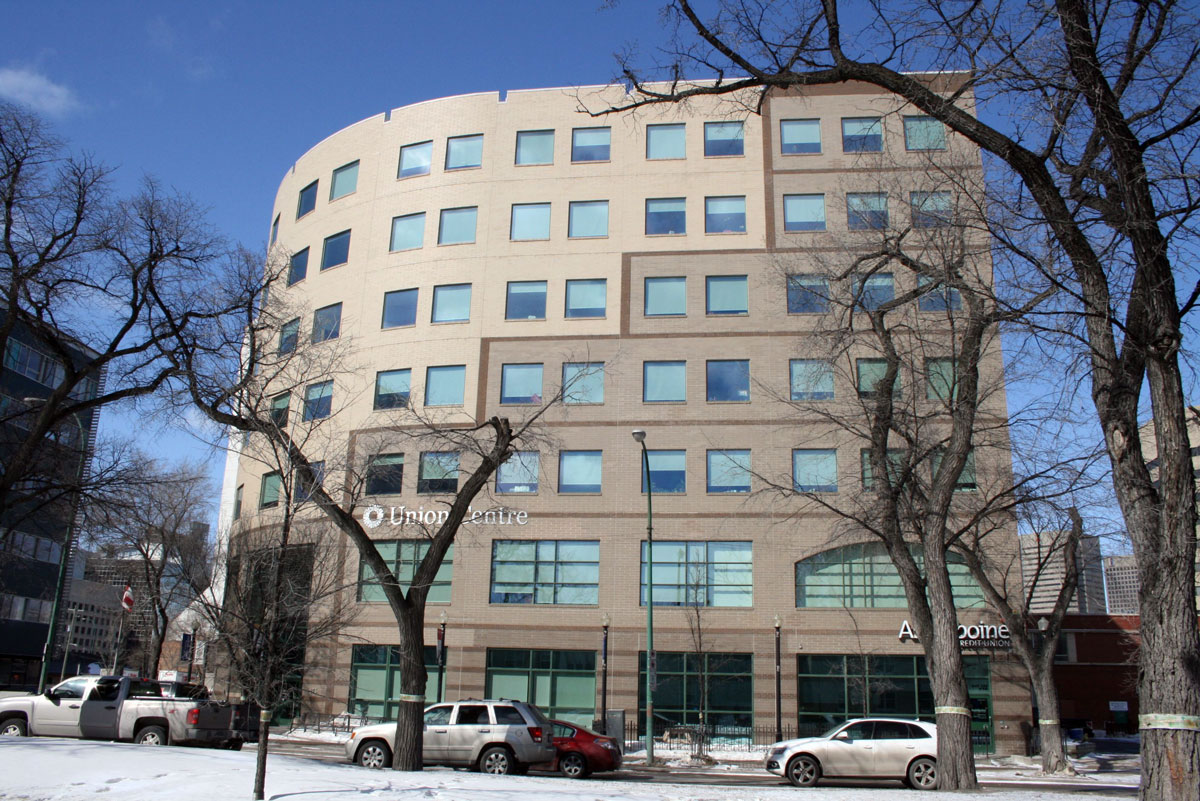 Known as the Union Centre, this building was constructed for the Manitoba Federation of Labour. Designed by local architects FriesenTokar Reynolds Architectural Partnership, the building opened in 1990.

The building features many typical design characteristics from its time as well as it's post-modern design influence. For example the two toned bricks, stepped pattern on the upper storey, and the square 'punched' windows with green tinted glass. The uniform windows are altered at the Eastern corner of the South facade. There is a windows with an arch which seems out of place, but this design was requested by the Union president. The angled corner entrance is a unique feature for the surrounding Broadway Buildings.

To the North of the building is a three level parkade known as the Union Centre Parkade, 115 Smith Street. The structure provides parking to employees working in Union Centre. The parkade is designed with sloped turns for vehicles to reach the upper levels and two stairwells on the north and south of the building allowing for pedestrian access. Connecting the two buildings is a short skywalk from the parkade's South most stairwell to the North of Union Centre.