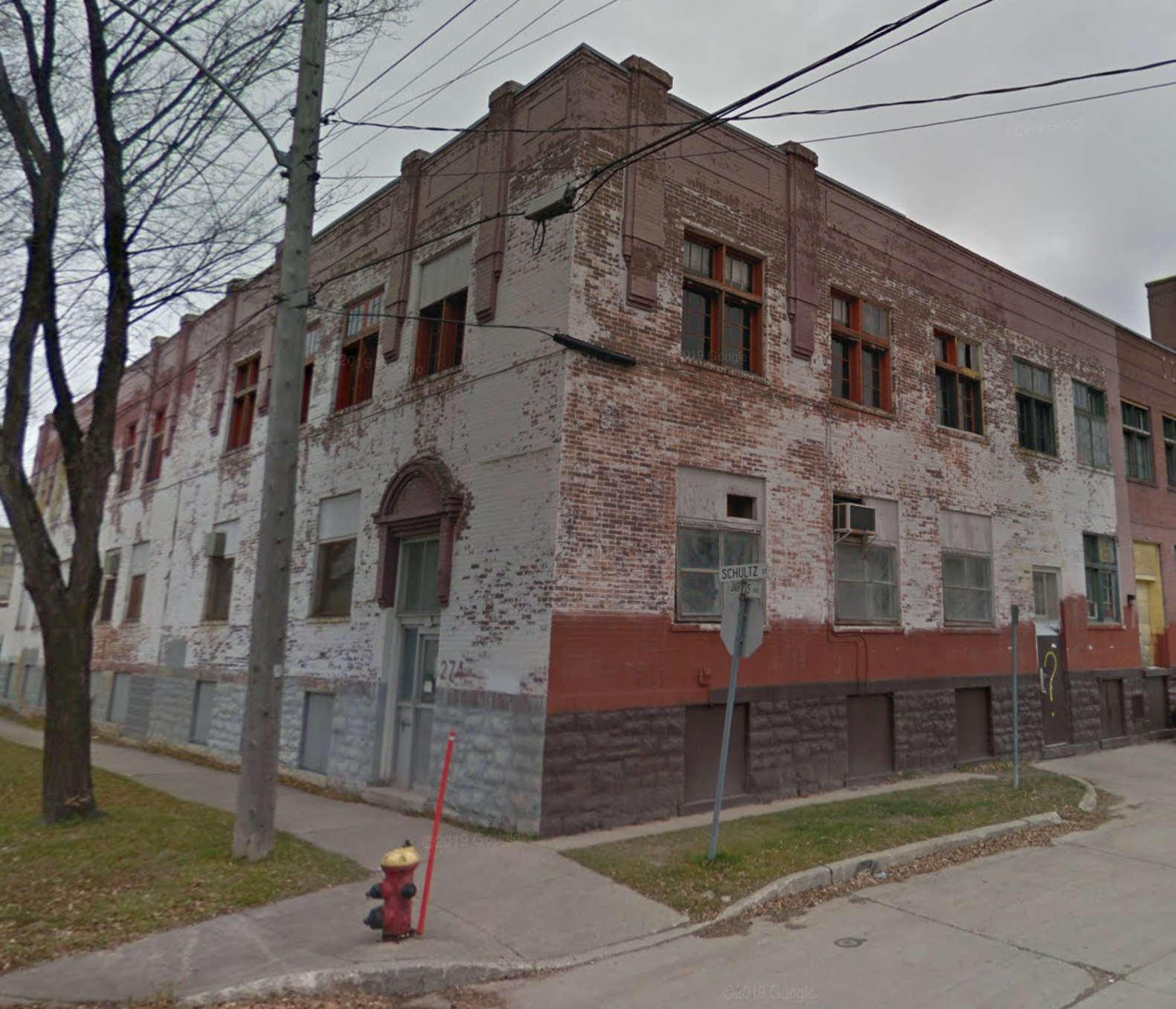 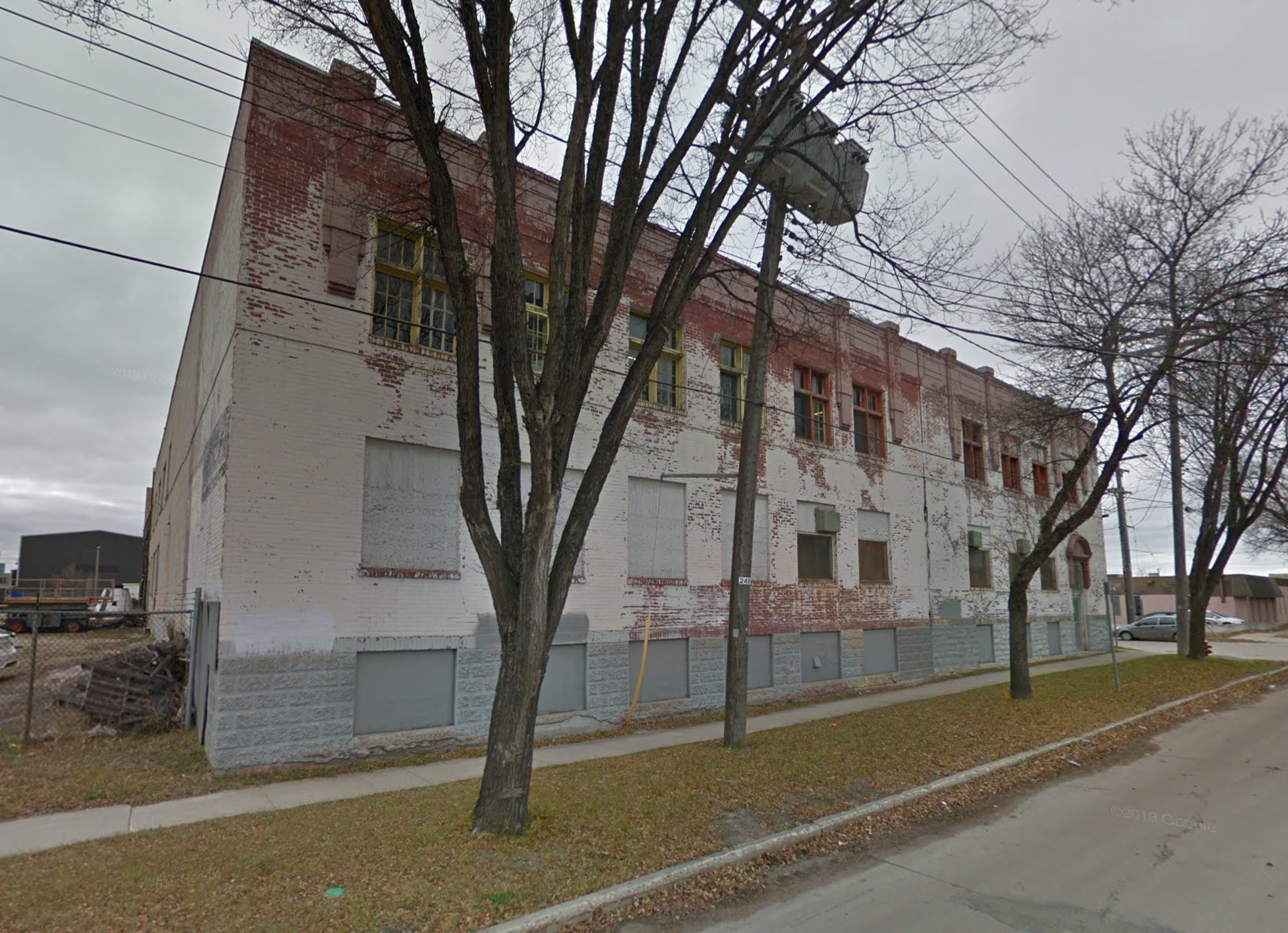 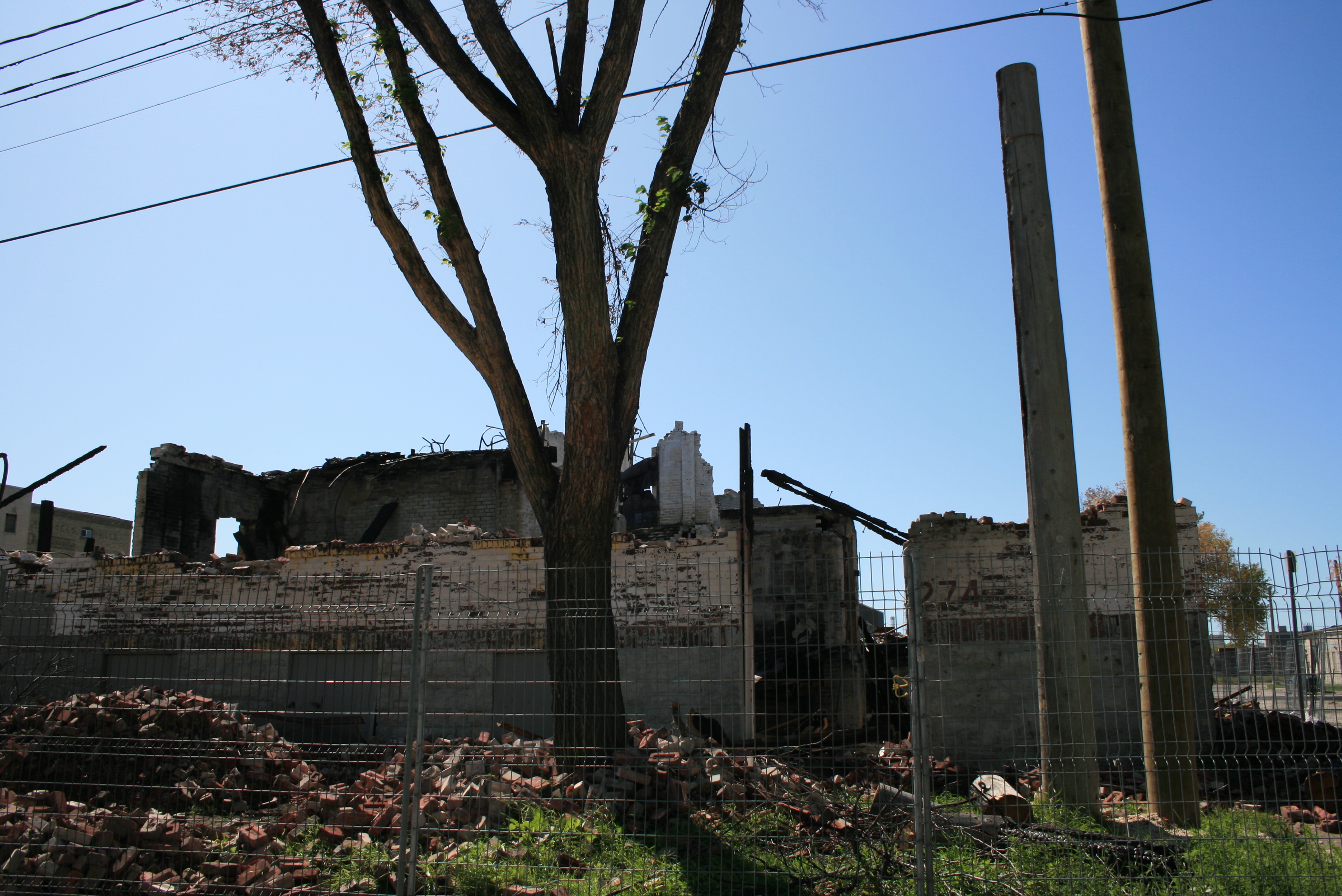 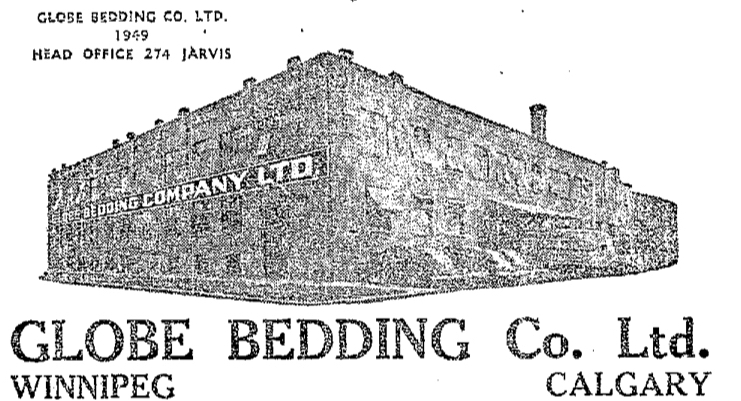 The Globe Bedding Company warehouse was designed by Max Zev Blankstein and built for a cost of $25,000. Globe Bedding Co. was owned by W. Keller and Moses Nathanson, who started operating out of a rented space on King Street at Dufferin Avenue in 1913. The 1918 warehouse was built out of necessity, after their original warehouse burned down. In October 1926, a $40,000 two storey brick extension was added on by Victor Rubin, allowing the warehouse to occupy most of the block. The company grew, buying the Calgary-based Sprung Bedding Company in 1928. The Globe Bedding Company appears to have occupied the space until sometime in the 1960s. On July 22, 2019, history repeated itself, as a fire destroyed the warehouse, including the workspaces of numerous artists.