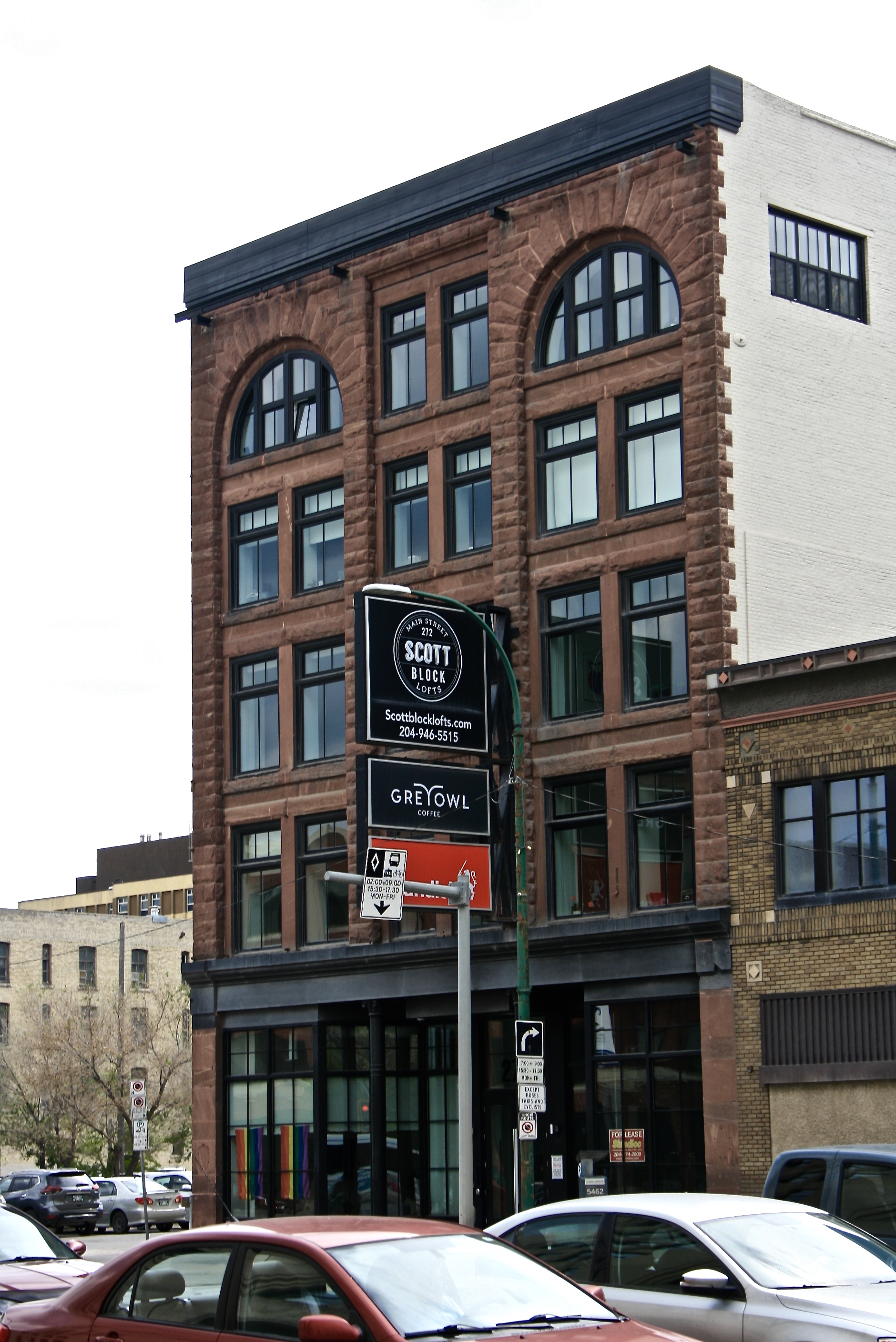 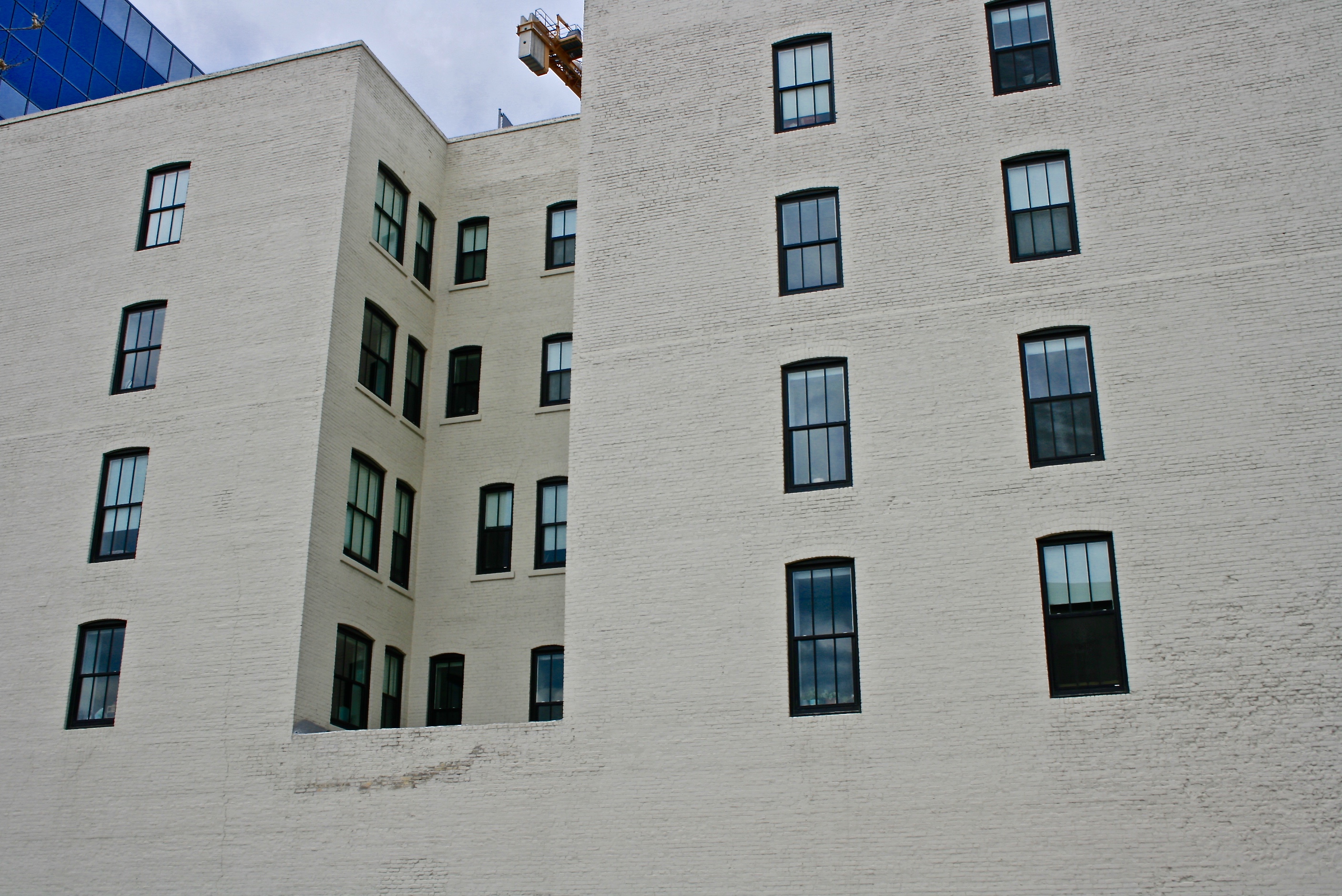 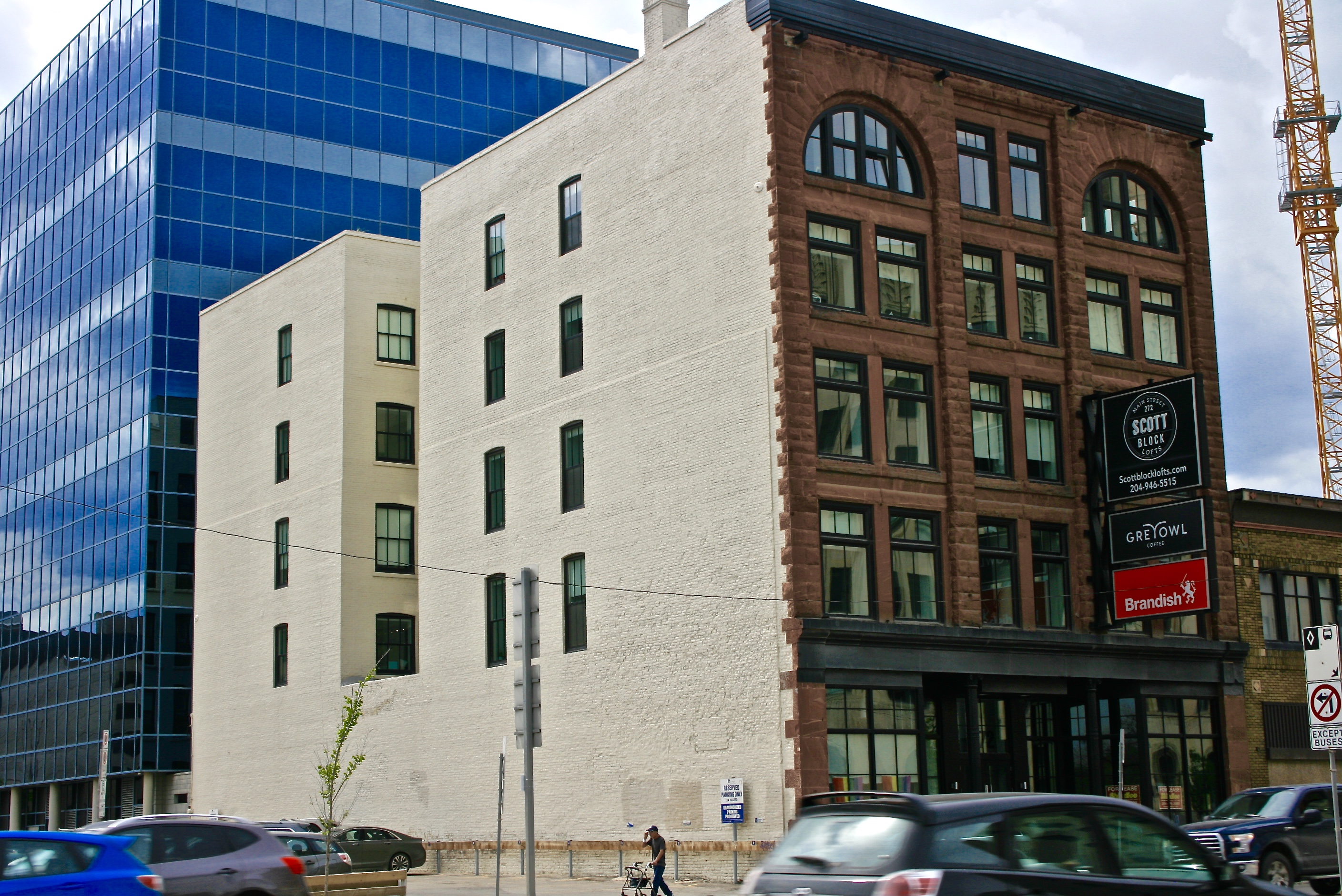 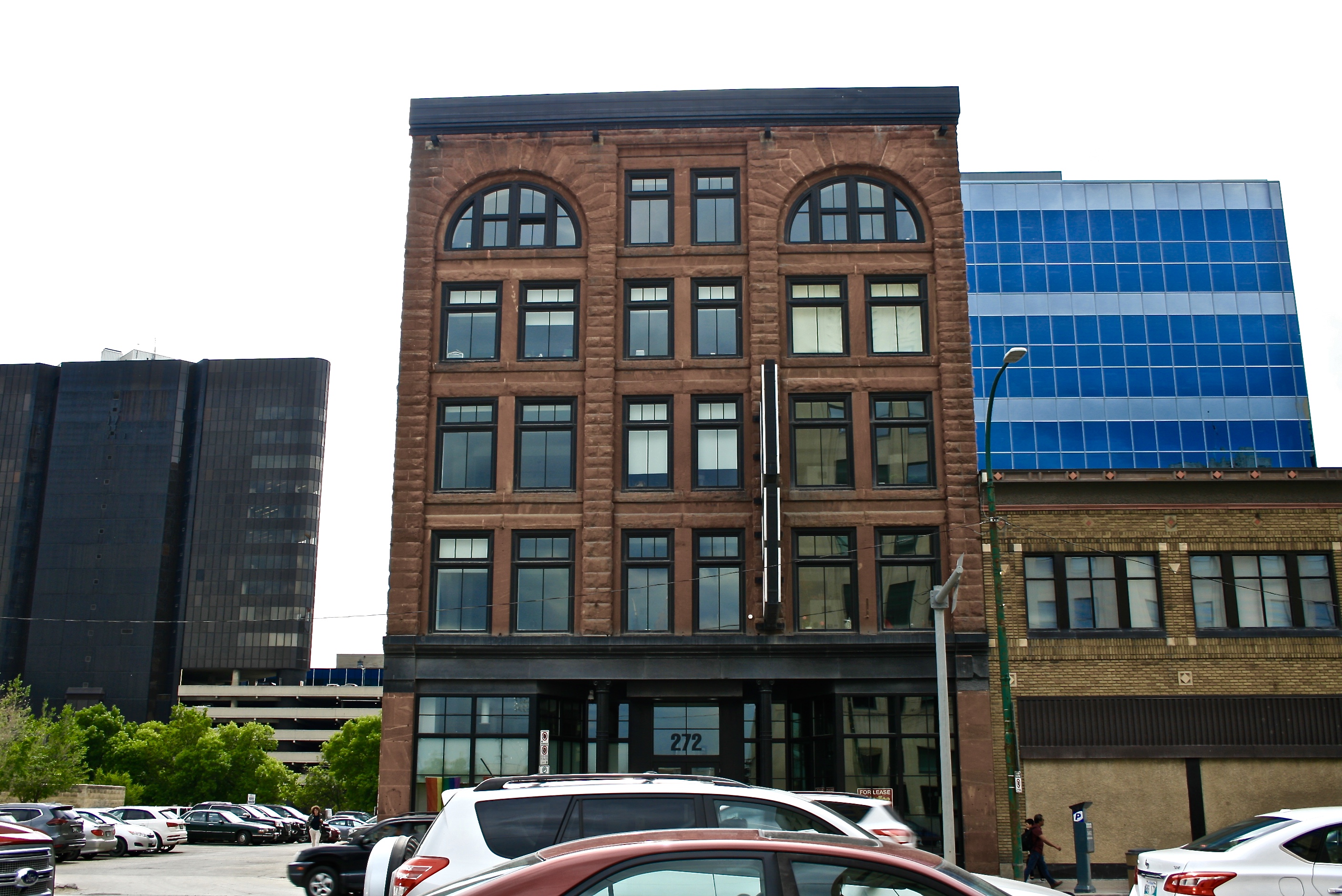 In 1904, the Scott Block (272 Main Street), was designed by James H. Cadham. Cadham used the Romanesque Revival Style, which includes the arched windows, little ornamentation, and rough surfaces. The style was heavily influenced by H. H. Richardson, subsequently, the style was often referred to as the Richardsonian Romanesque Style. The building was six storeys tall when constructed in 1904 and was once considered to be the tallest building in the city. The building was opened in December of 1904 and claimed to be the largest exclusively furniture store in the country, Scott Furniture. The total cost for the building was $50,000.

In June of 1905 the buildings metal fire escape was struck by lightning, setting the building on fire. The rear and side walls were completely engulfed destroying all merchandise in the rear of the store. A quick reconstruction, with the help of Cadham again, had the store back and running in November of 1905. The reconstruction cost a total of $33,000. However this new reconstruction would be destroyed by fire once more in 1914. This blaze was caused by an office employee carelessly tossing a matching a garbage can. With Cadhams death in 1907, the building's owner had to ask architects R. B. Pratt and D. A. Ross for a new building design. The new building was constructed in 1915 and made with fireproofing methods, such as a concrete frame. The cost totalled $62,500.

Pratt and Ross were asked to maintain Cadhams design, but they were able to make a few of their own improvements. They removed the top floor and added windows from the second floor up. They maintained Cadhams recessed entrance, but placed a stone arch above the doorway. Dividing the main level from the upper floors was a cornice while a final cornice was used at the top of the building. The upper levels had square-headed windows, and the uppermost level had two additional arched windows flanking a squared window.

The interior was designed to facilitate upper floor offices and two retail businesses who shared the main floor, mezzanine, and basement. The main marble stairs, marble bathroom stalls, basement partitioning, and some of the light fixtures are some of the remaining elements of the 1915 building. The buildings interior has been mostly modernized by the many tenants over the years.

In 2010 the building was purchased by Space2Work and the project to bring the building back to it’s original 1914 design was set into motion. In 2014 the owners of the building asked that it be taken of the list of national historic sites, likely to be demolished and sold to a new developer. The Space2Work team had hit a road block in their restoration plan and were losing money very quickly. However, the city denied this request and the owners decided that turning the space in to residential homes with retail/commercial space on the ground floor would be a better idea than offices. By 2018 the Scott Block Lofts were up for rent and a coffee-shop had moved into some of the main floor space.