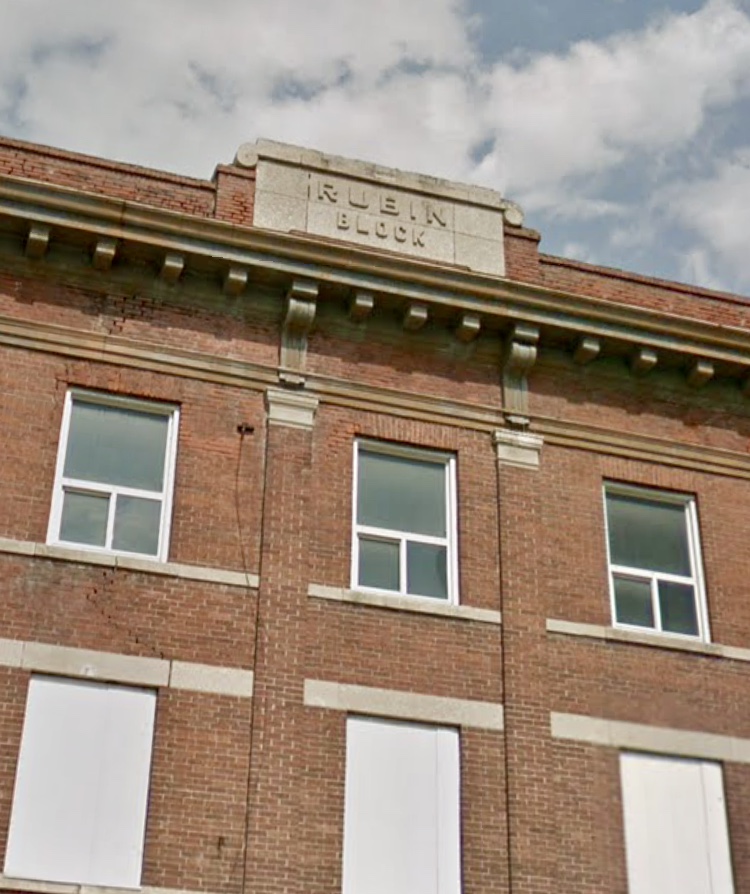 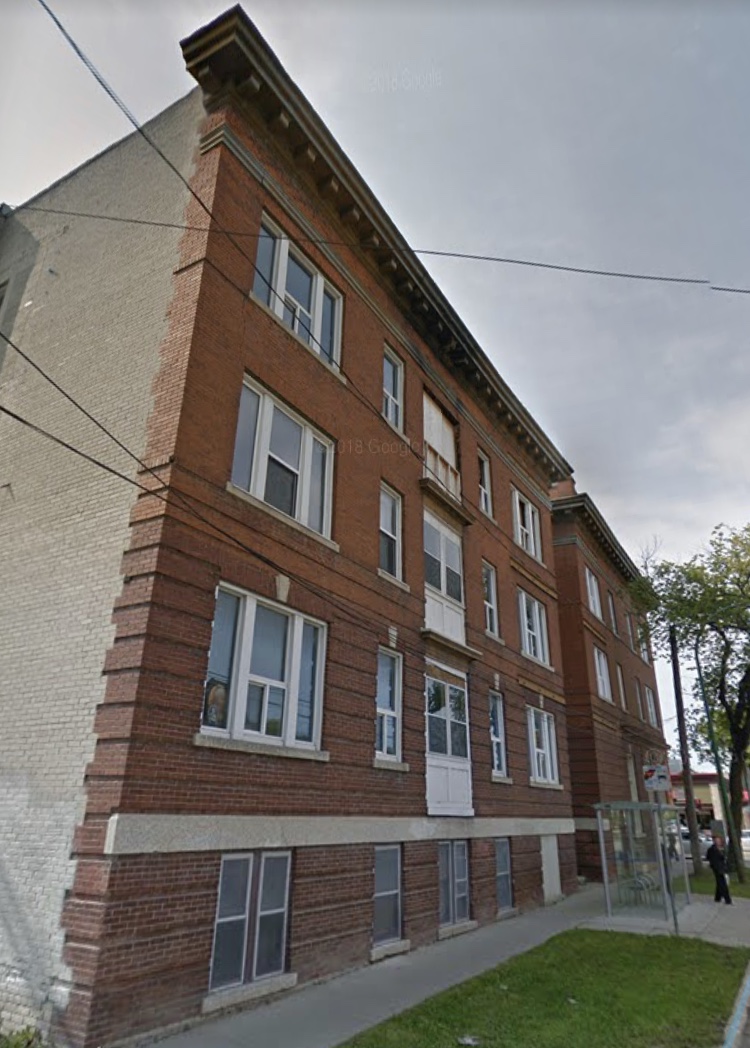 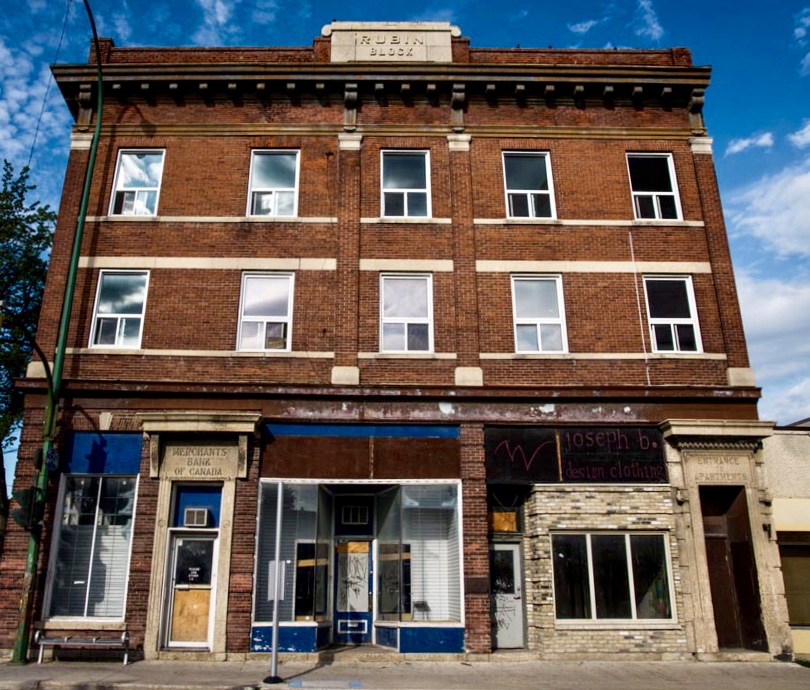 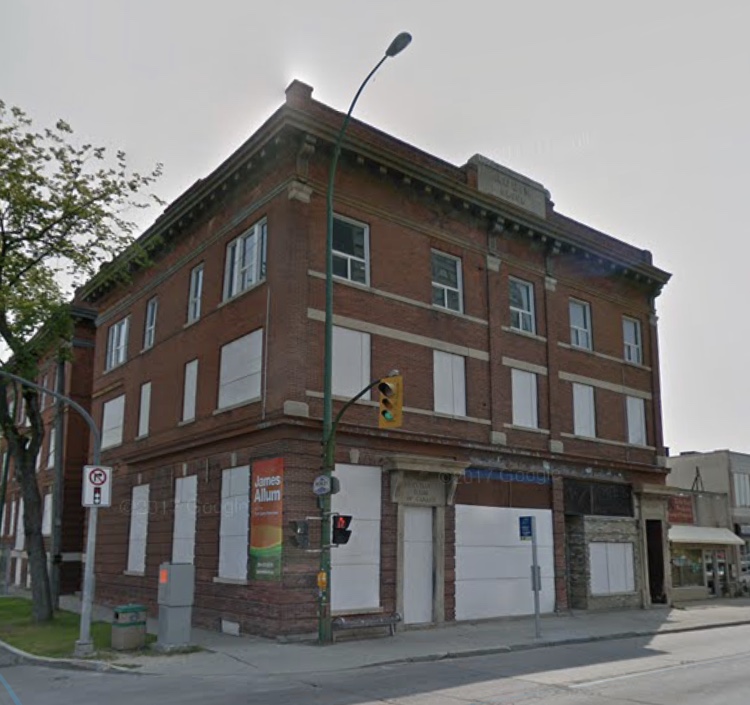 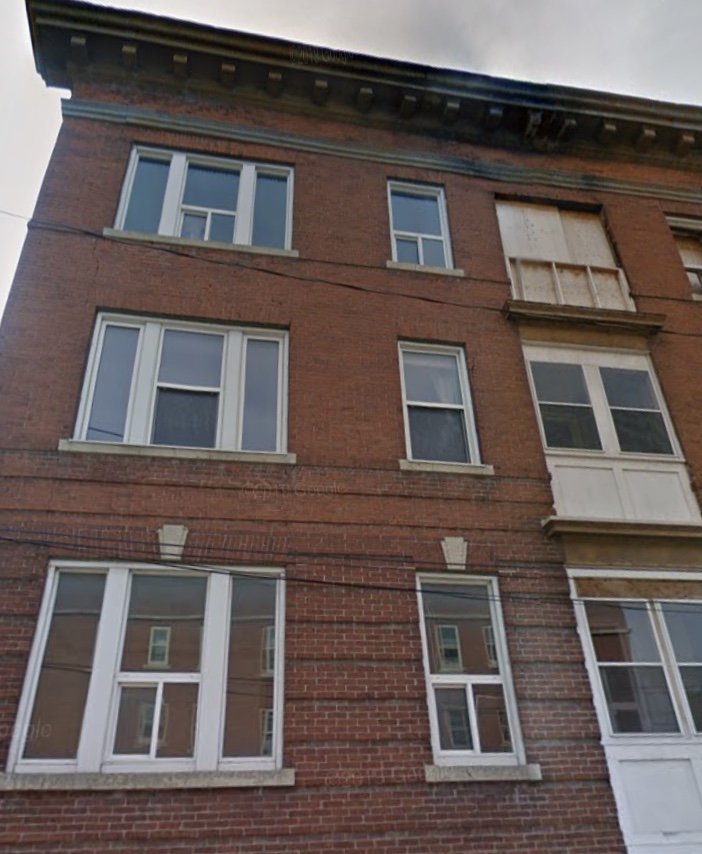 This three-storey mixed use building was designed by Max Zev Blankstein for Reuben Cohen (1865 - 1955).

Cohen had arrived in Winnipeg from London with his wife, Jessie, and brothers, Abe and Solomon, in 1906. Along with his brothers, Reuben Cohen helped create the Hebrew Sick Benefit Society, in October 1906. A hall was established for the organization (see 239 Selkirk Avenue), which would be renovated by Max Blankstein. Cohen's other works include establishing Mount Carmel Clinic (also designed by Max Blankstein) and the Hebrew Free Loan Society.

After developing homes in Crescentwood/Fort Rouge, Cohen hired Max Blankstein to develop an apartment block on Morley Avenue. Although the Henderson Directory lists Rubin Block in 1915, it is likely that it was not completed until later that year.

The building has been vacant following fires in 2007 and 2014. In 2019 Rubin Block was added to National Trust of Canada's Top 10 Endangered Places List.