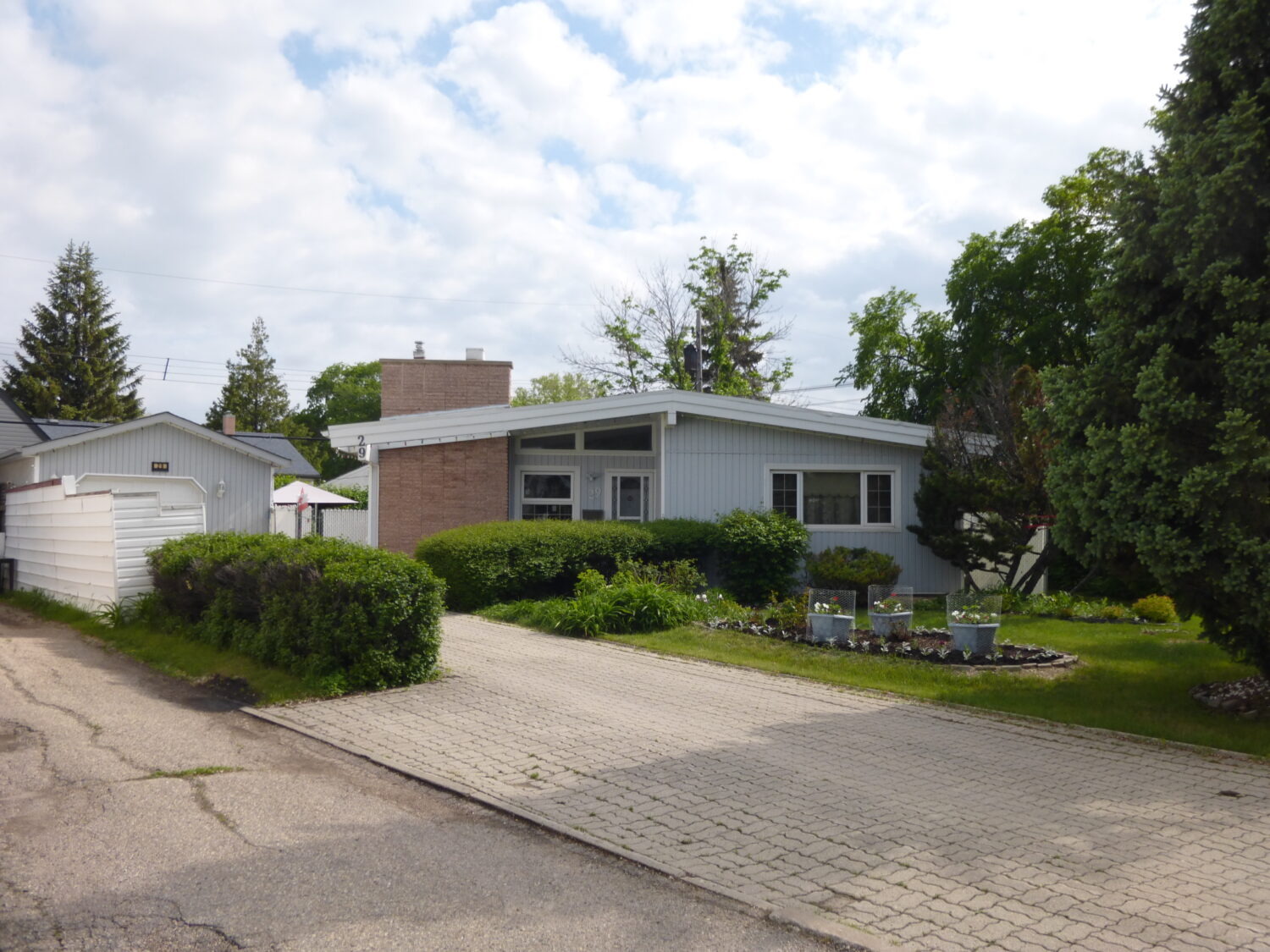 Though not featured in either the Parade of Homes or National Home Week, 27 Buttonwood Bay has an interesting history. The home was built by Jaycee Brotherhood Homes Ltd., which sought to auction the home to help finance 15 medical teams aiding refugees in South Vietnam. Construction began in June, 1956, and was completed in the spring of 1957. Fifty businesses, including the Hudson’s Bay Company and Supercrete Ltd., contributed building materials and furnishings. Once complete, the home was open for viewing for two to three months to generate interest in the raffle for the $17,500 ranch-style bungalow. Situated on a corner lot, the home originally featured an attached carport, set asymmetrically to match the curvature of the lot.

The raffle was won by a resident of Sudbury, who found moving too difficult and ultimately sold the home without having lived in it. For an unknown reason, the home was listed at 27 Buttonwood Bay, while the home featured is 29 Buttonwood Bay.