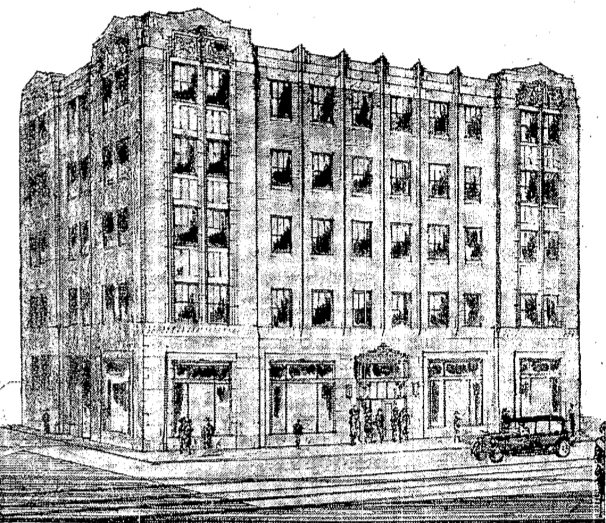 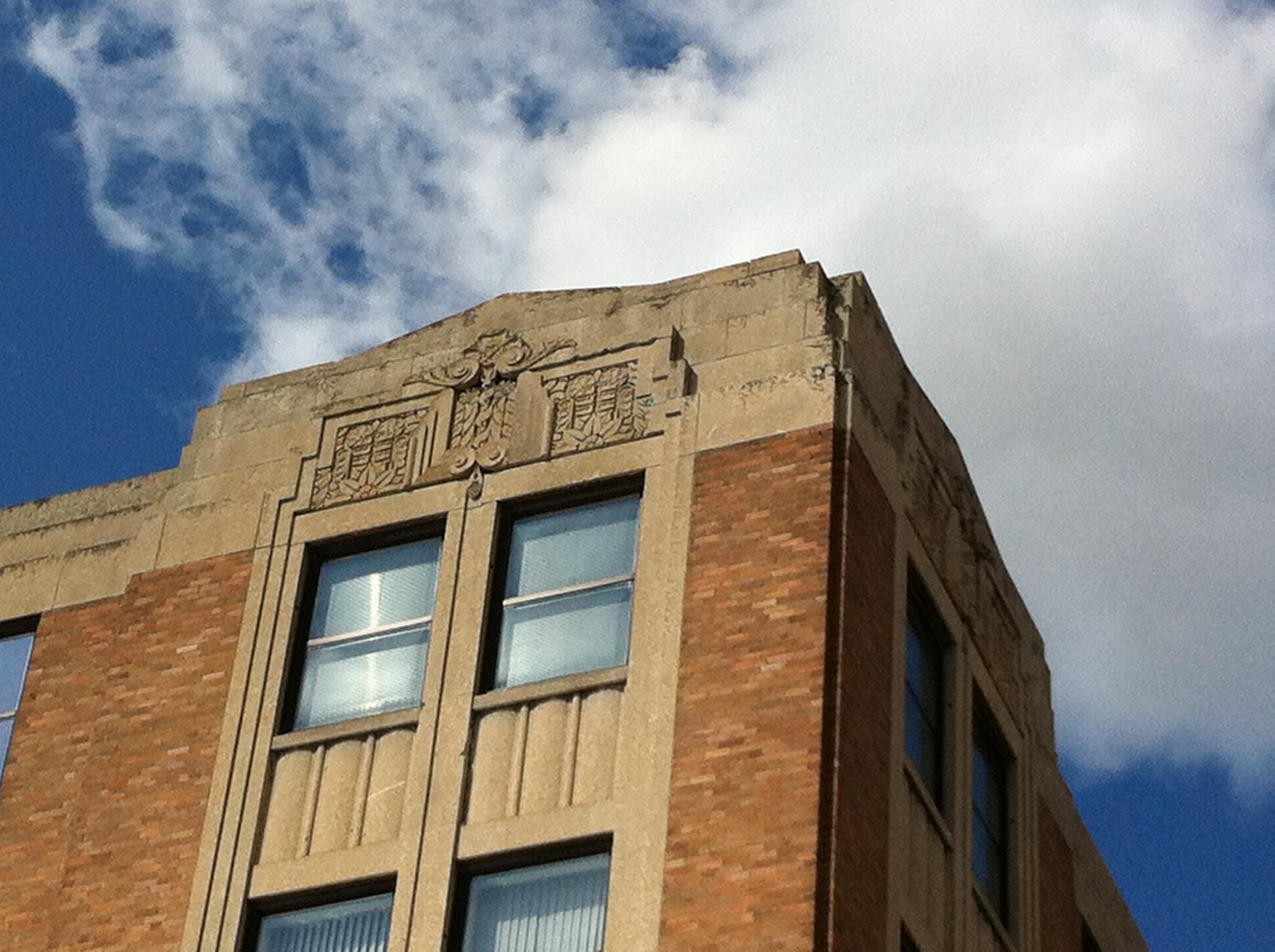 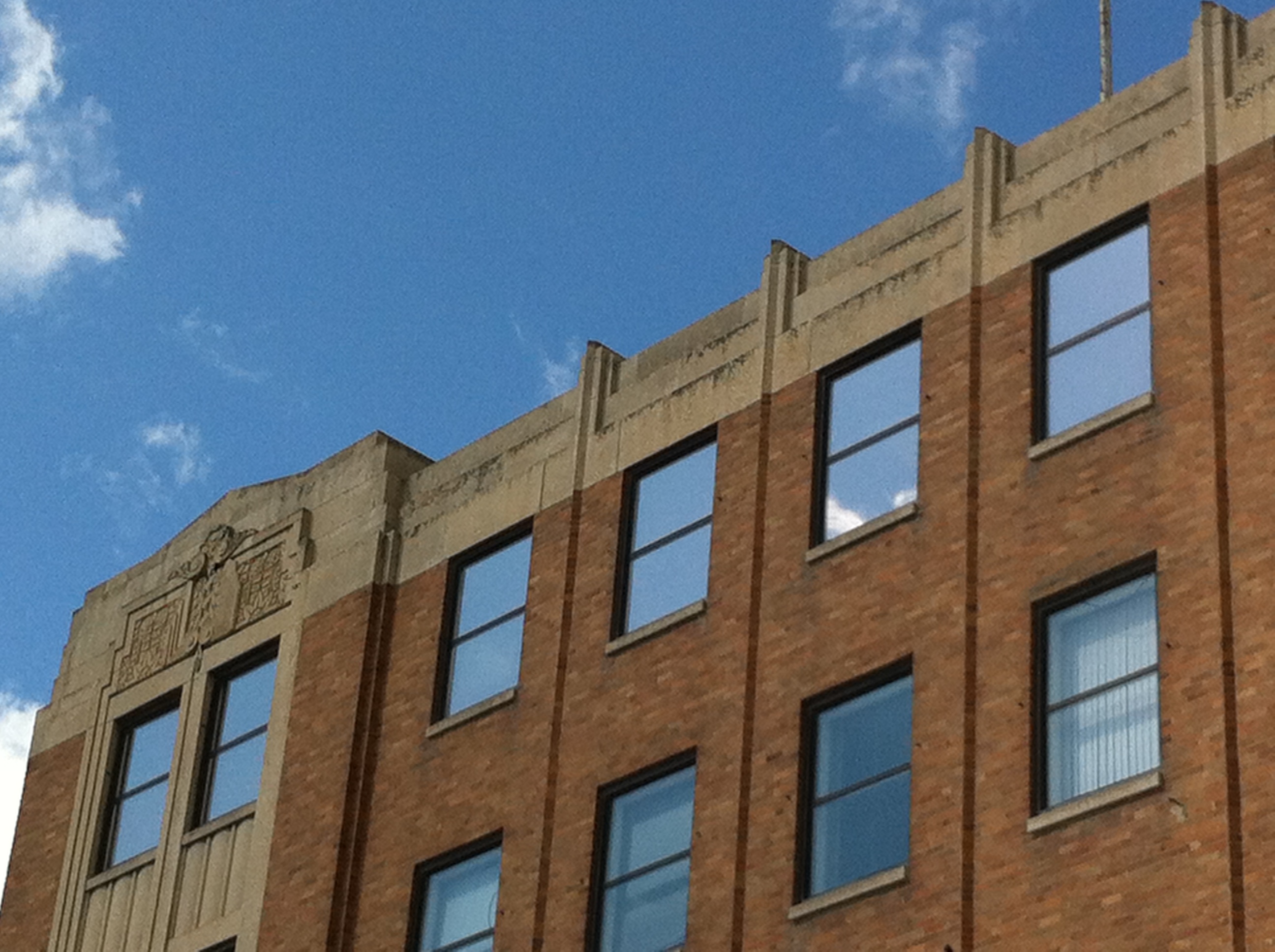 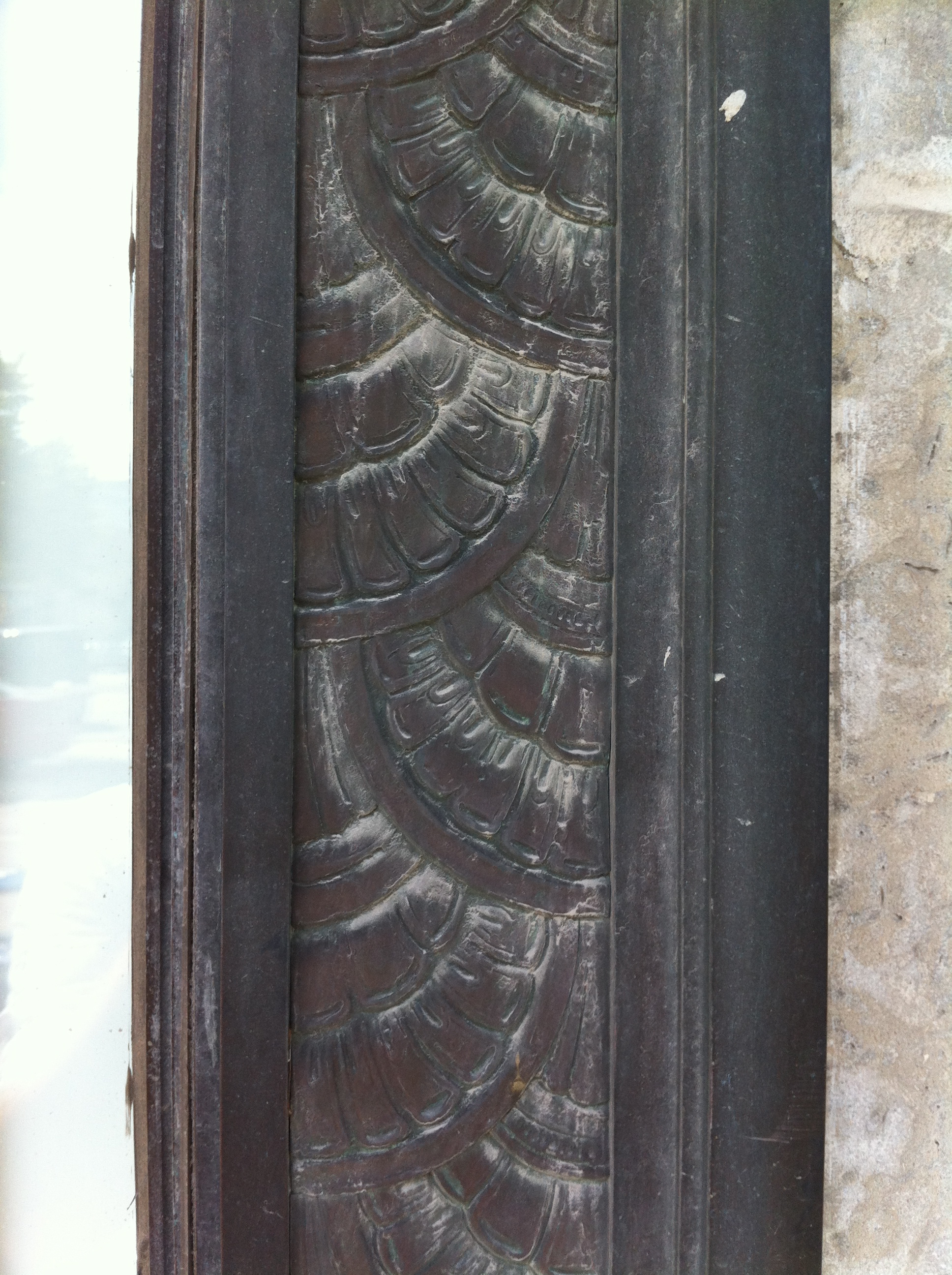 The Canadian General Electric Company (CGE) opened its new facility at 265 Notre Dame Avenue on 1 February 1931. The Ontario-based firm, whose presence in Winnipeg dated to 1893, had formerly occupied city spaces at 345 and 350 Main Street, 272 Portage Avenue and 146 Notre Dame. The new building – five storeys tall and with a full basement – was constructed to house a ground floor show room, second floor offices and storage space. Faced on three sides with Tee Pee Mocha brick, with a Tyndall limestone base and parapet and polished blue granite lower level, 265 Notre Dame Avenue represents one of the few large-scale Manitoba buildings designed in an Art Deco idiom. Beyond a general streamlined aspect (in contrast to earlier façades featuring more detail and projecting elements) this approach is most clearly manifested in the stylized geometic ornamentation adorning the upper courses of Tyndall stone and on the low-relief ornamental bronze door and window surrounds. These details were manufactured by Architectural Bronze and Iron Work Company (a subsidiary of CGE) with modelling done by a Mr. Metge of Winnipeg. A similar aesthetic – described in period press accounts as "art moderne" – originally characterized the first floor store space, though this area has been since vastly altered. Initially the public-facing retail spaces made use of terrazzo floors of “Verde antique and black Beige marble chips” with a black and white ceramic and mosaic tile base and border. 100 feet tall by 60 feet by 100 feet, the building reached its height with the aid of reinforced concrete beam-joist supports, built to hold heavy equipment; it was from the beginning equipped with a sprinkler system. house telephones, steel spiral chute and freight elevator and constructed to be entirely fireproof. Erected at a cost of $225,000 265 Notre Dame was built by contractors Carter-Halls-Aldinger Company Limited; its architects, Northwood & Chivers were a well-established local firm known for a pioneering Manitoba embrace of modern Art Deco aesthetics. While the economic downturn of the 1930s had impeded the construction of other nearby and notable projects (such as the proposed Richardson Tower at Portage and Main, of 1929) CGE possessed an advantage in possessing a business model focused on new technologies, tarriff-protected and largely isolated form the troubled agriculture sector. In 1954 Canadian General Electric relocated to a space in St. James and the building came to host the Winnipeg and Central Gas Company.