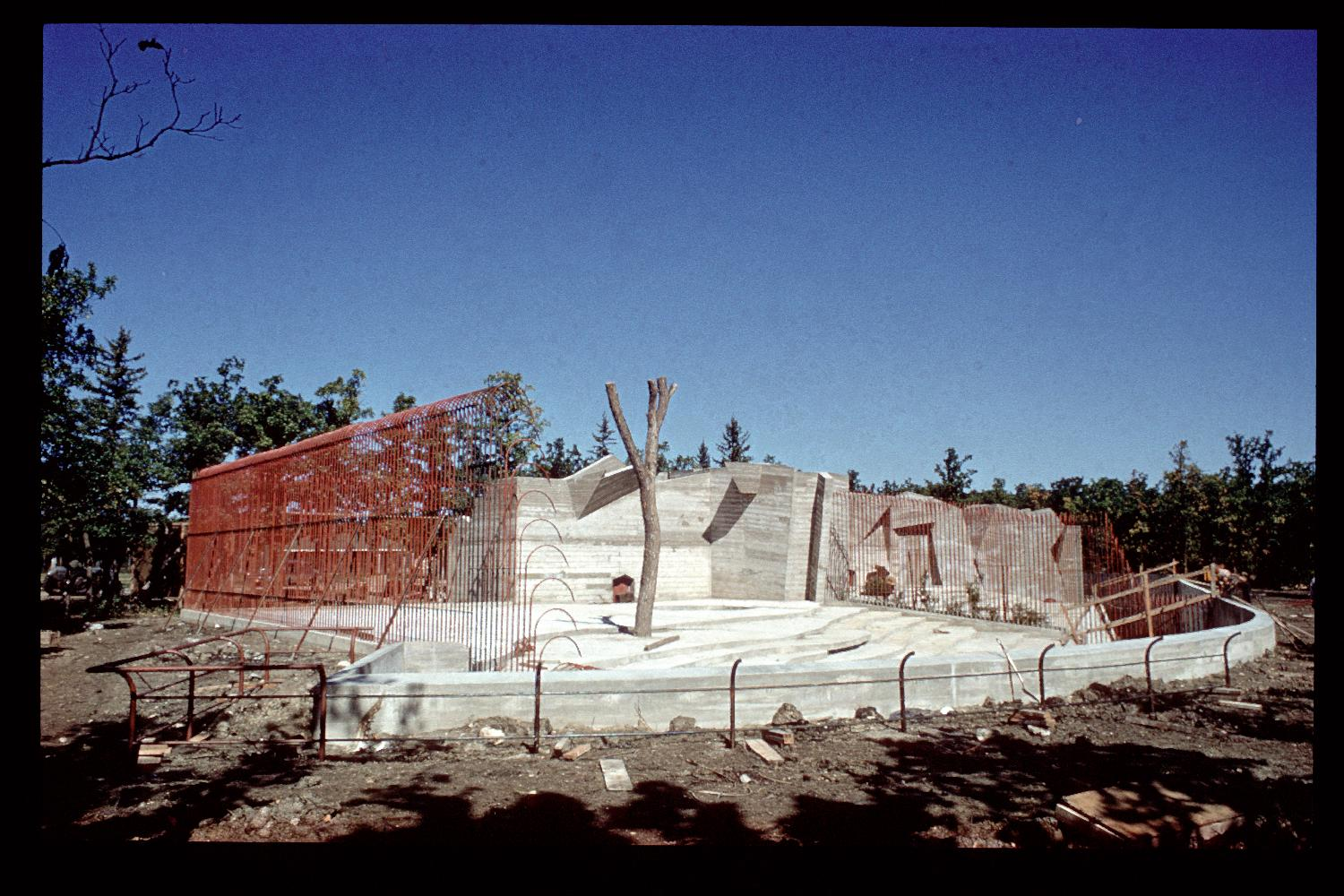 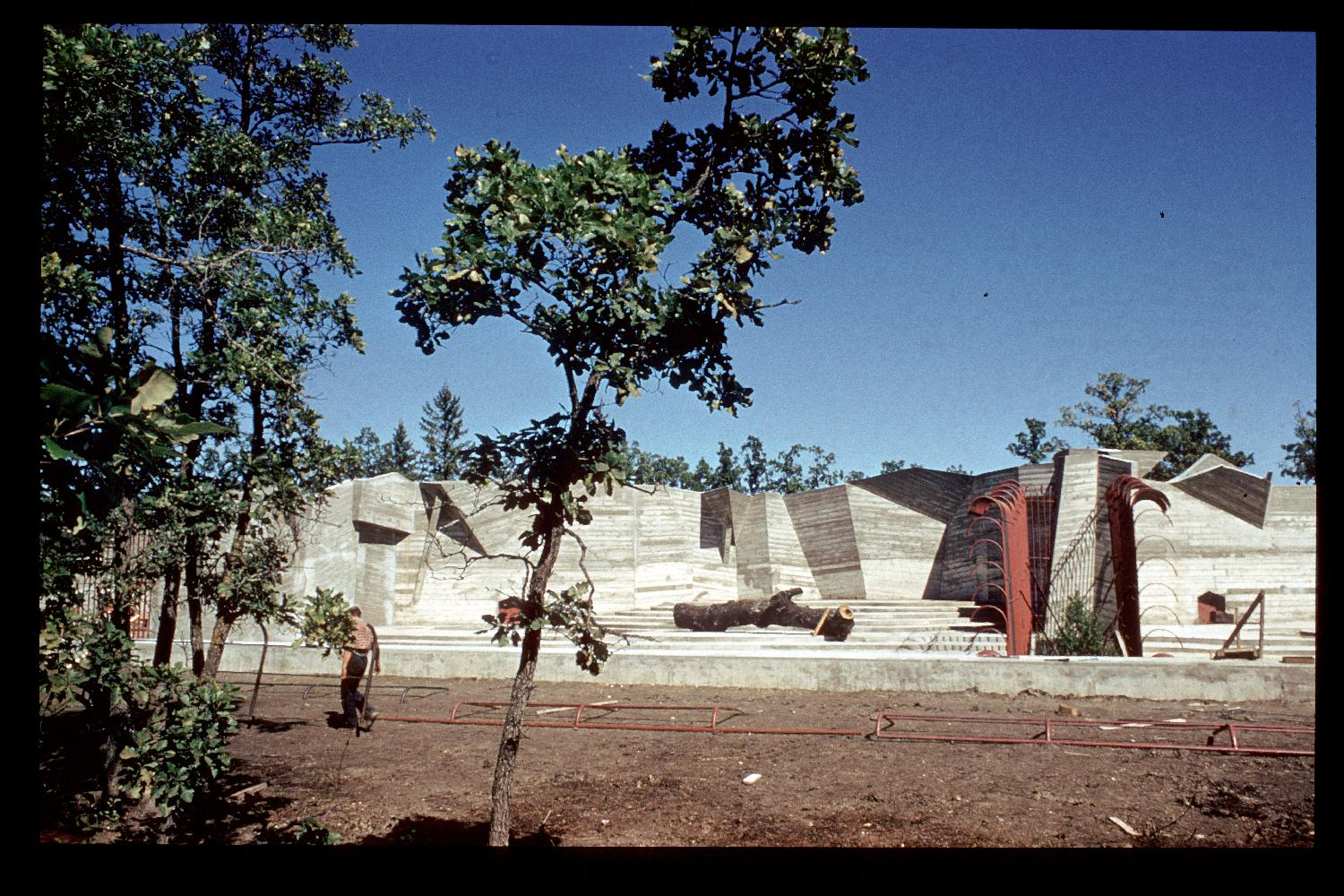 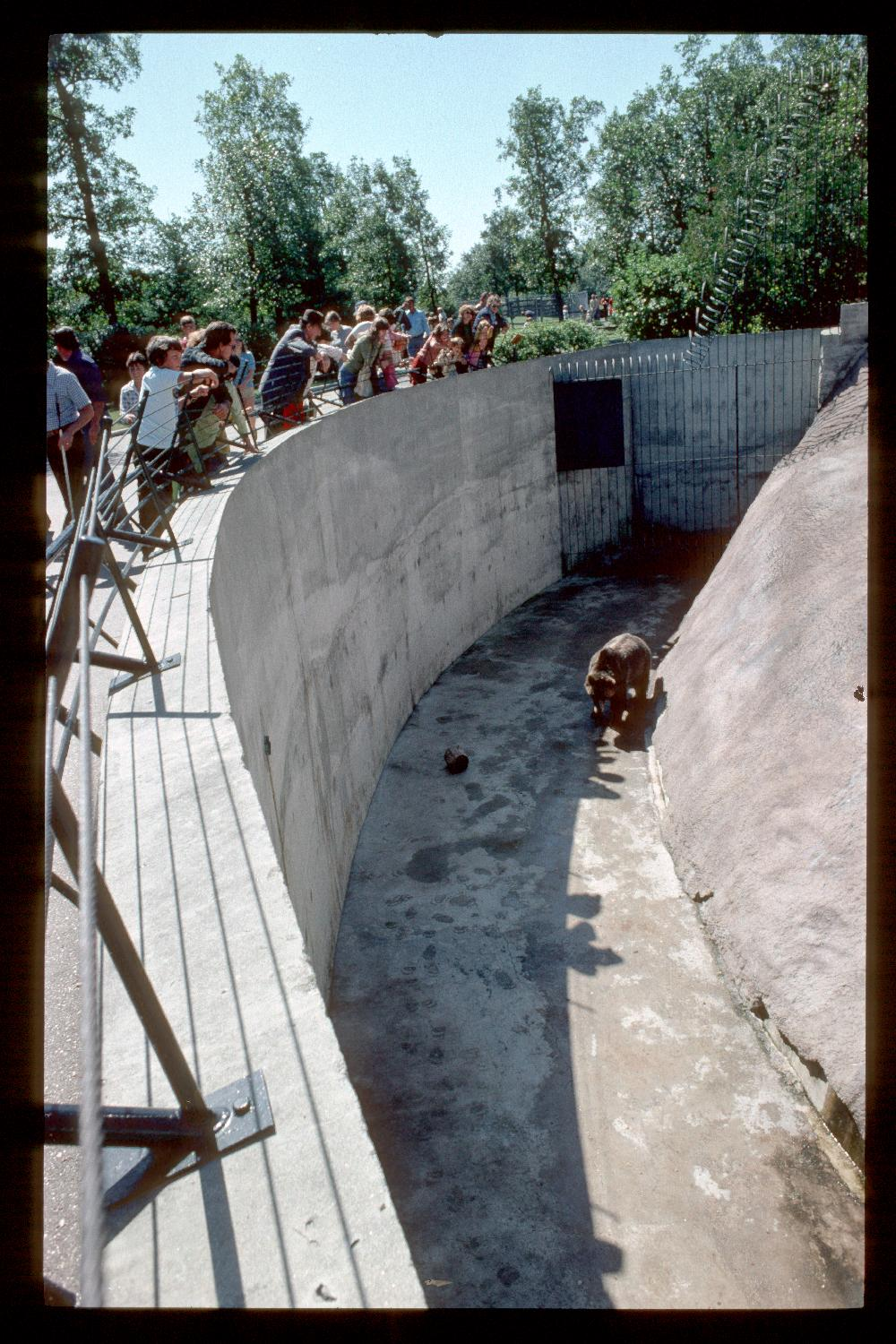 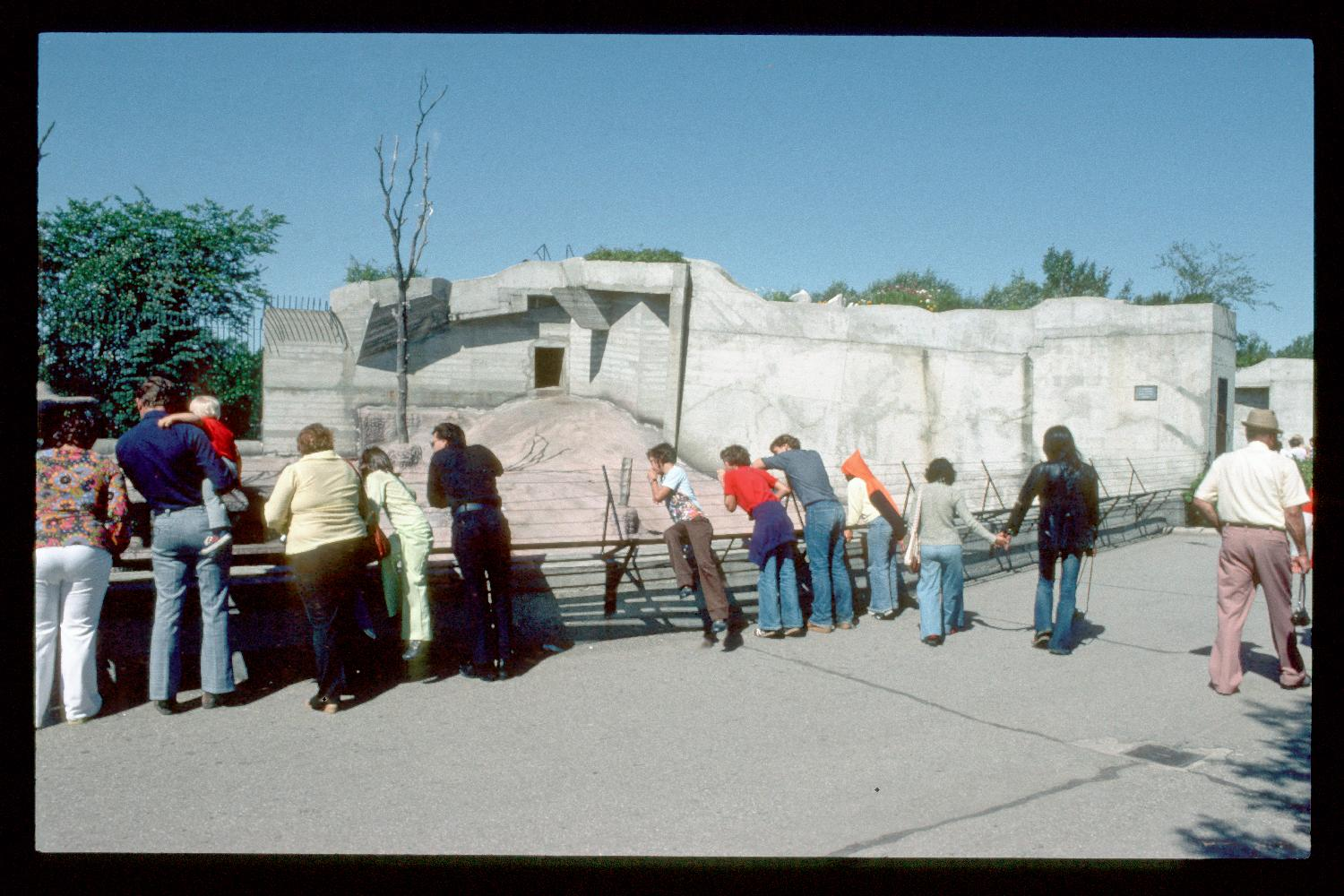 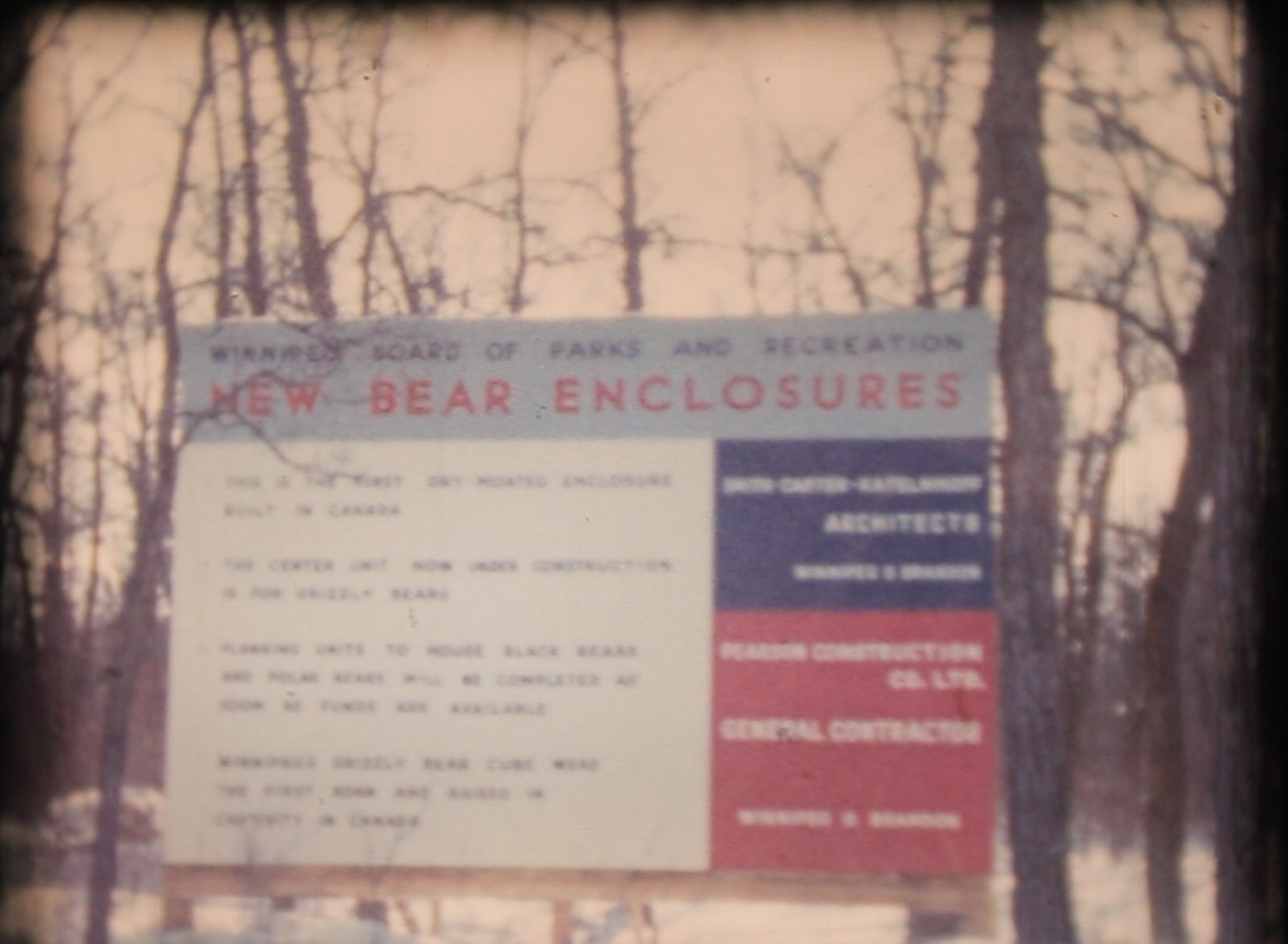 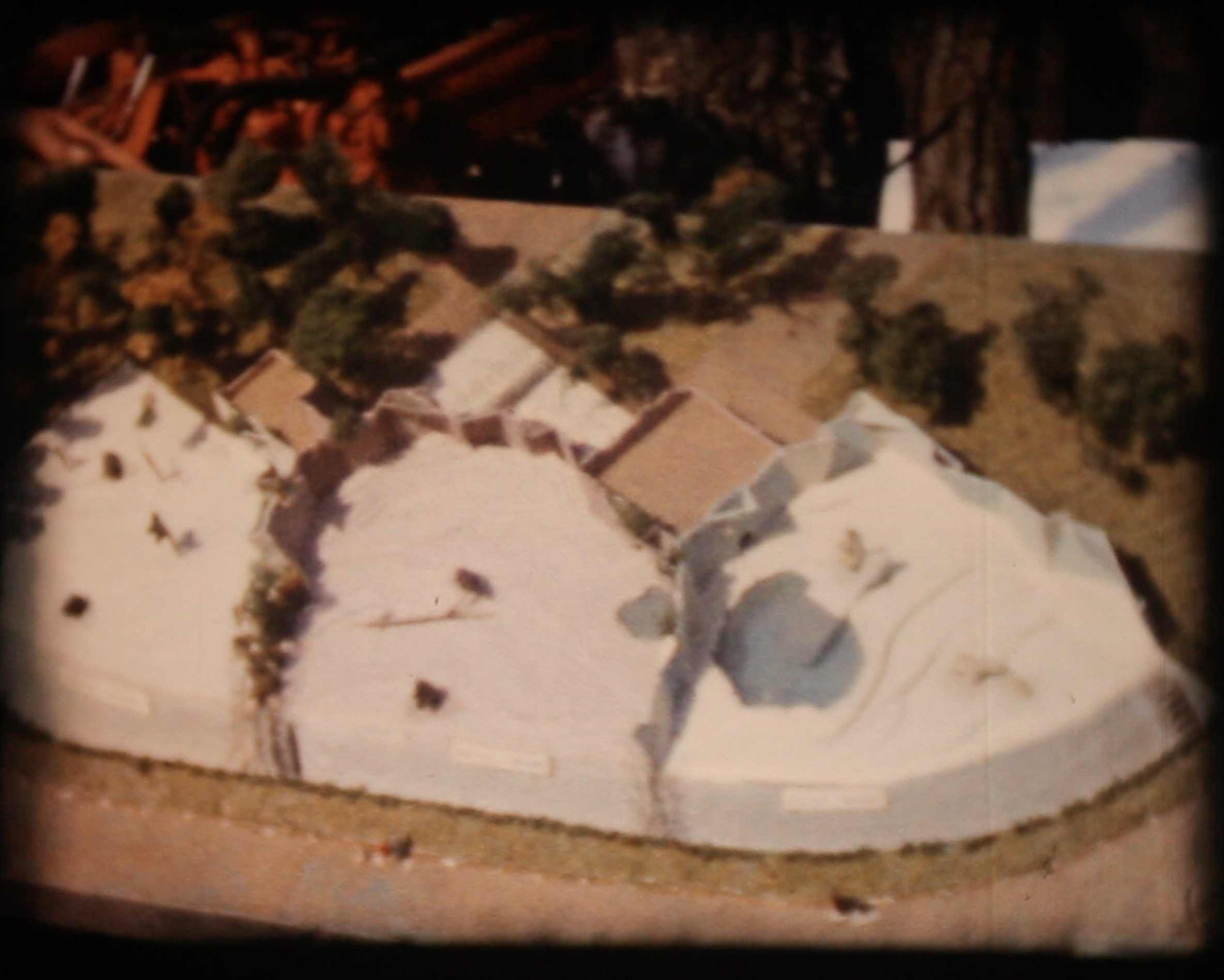 Smith Carter Katelnikoff’s model for a new Bear Enclosure at Assiniboine Park Zoo was called a “bear dream house” in the local news. The firm’s design included three sections: one for grizzly bears, one for black bears, and one for polar bears.

Constructed of built up layers of concrete, the enclosure was the first dry-moated enclosure to be built in Canada. The total cost of the project was an estimated $60,000 however, in 1955, the city parks department only had $45,000 to spend on the enclosure. As a result, the middle section of the enclosure, which would be home to the grizzly bears, was constructed first. The flanking units were to be constructed the following year, when funds became available.

The public opening of the Bear Enclosure took place in June 1957. In attendance was Premier D L Campbell and deputy mayor Peter Taraska. The daughter of Dennis Carter, architect of the project, cut the ribbon at the opening.