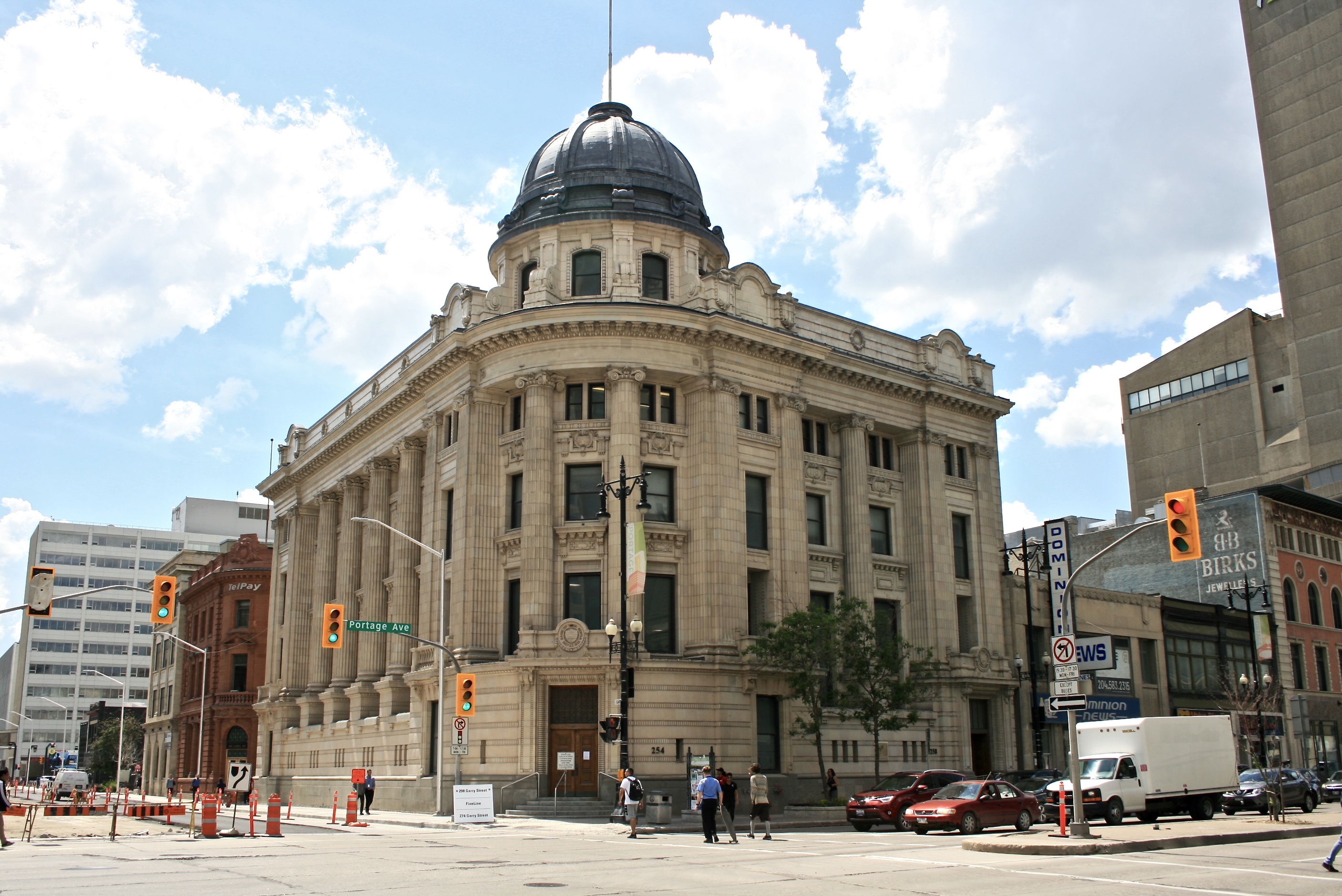 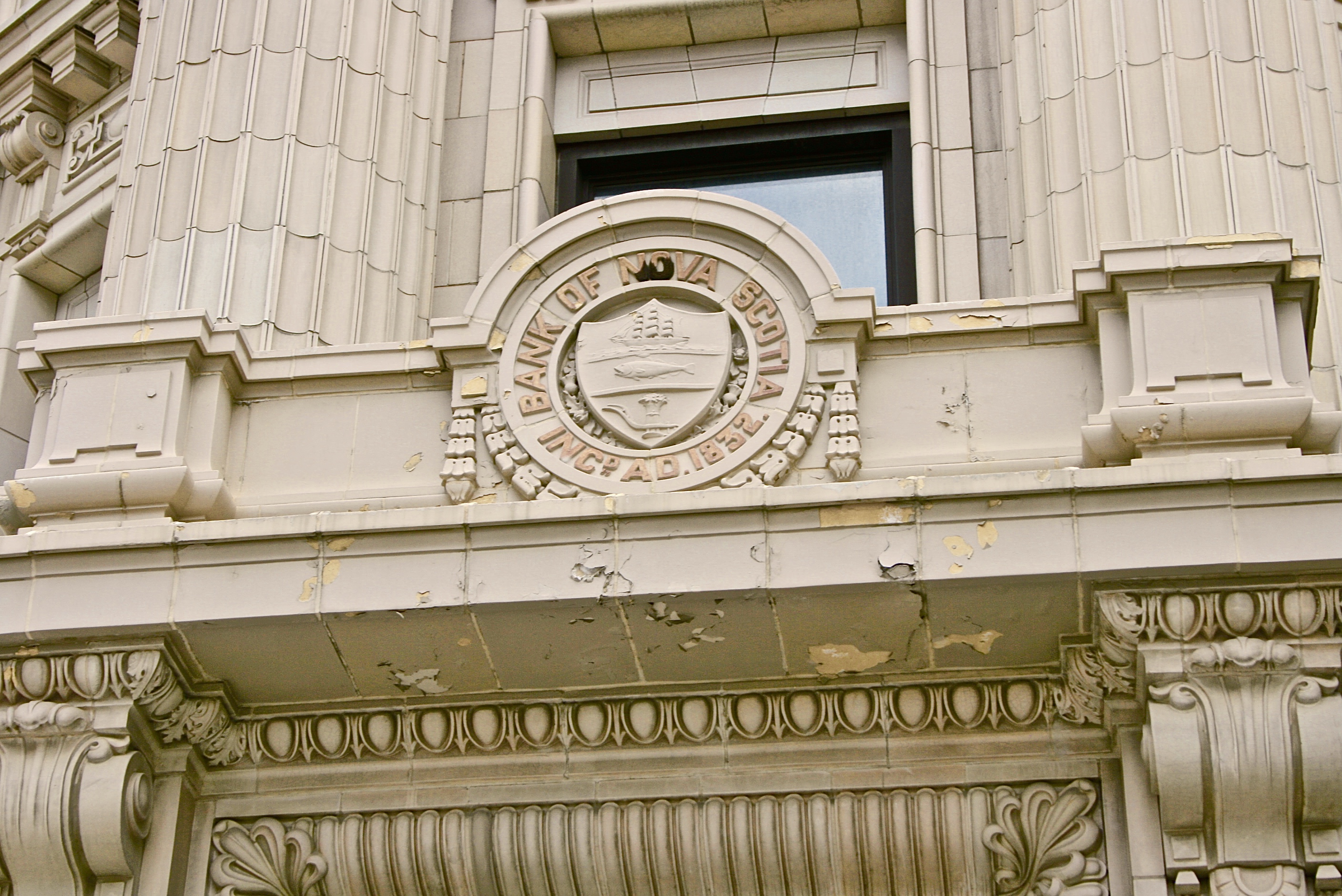 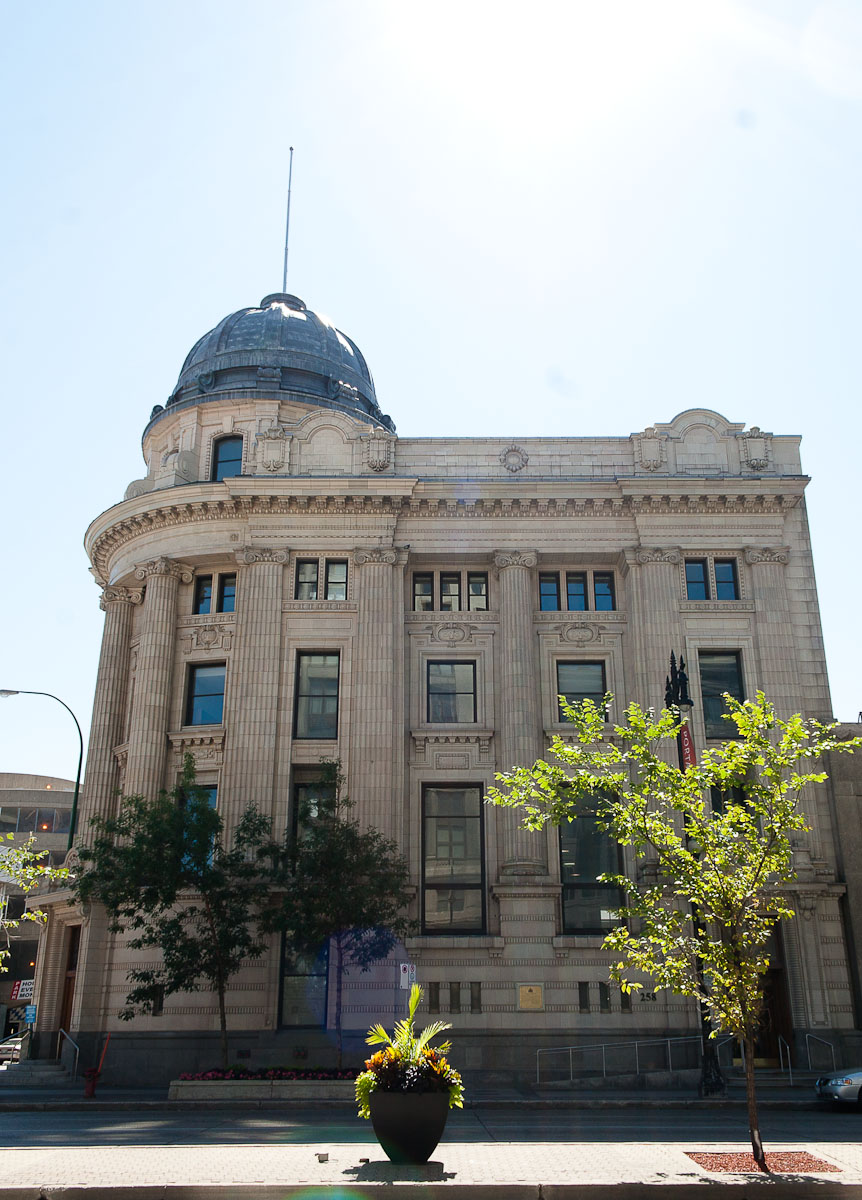 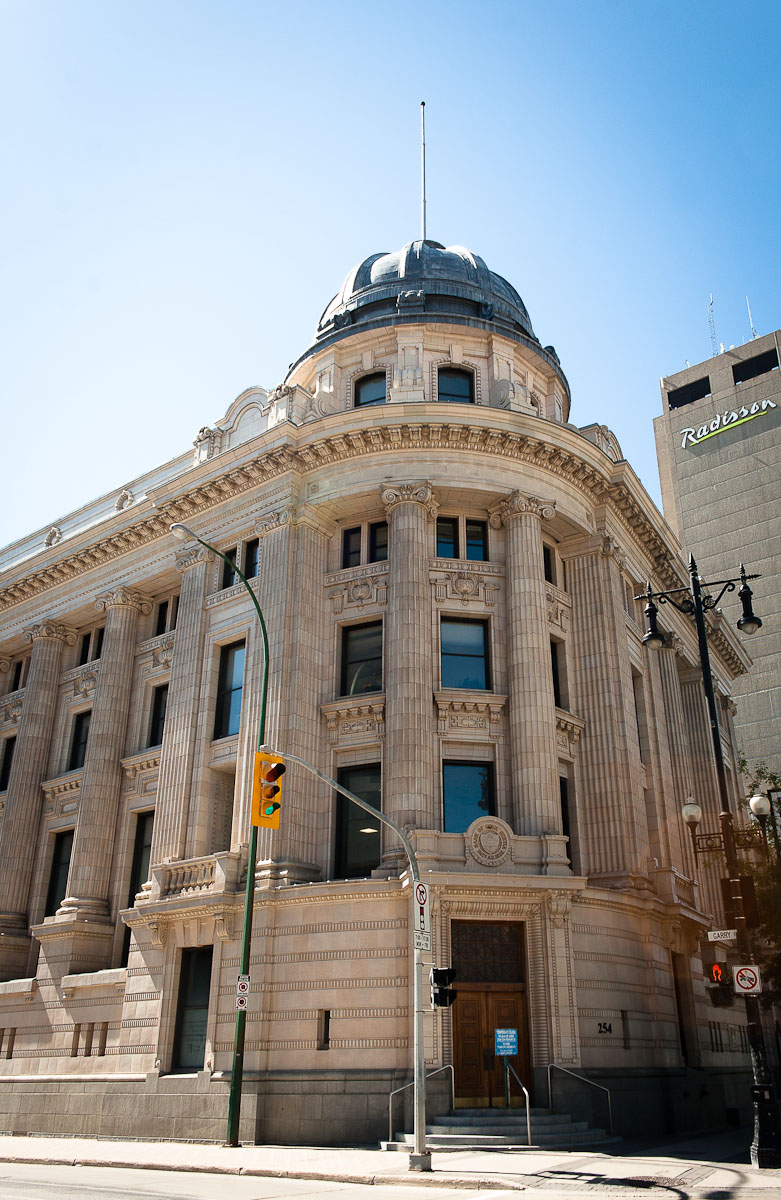 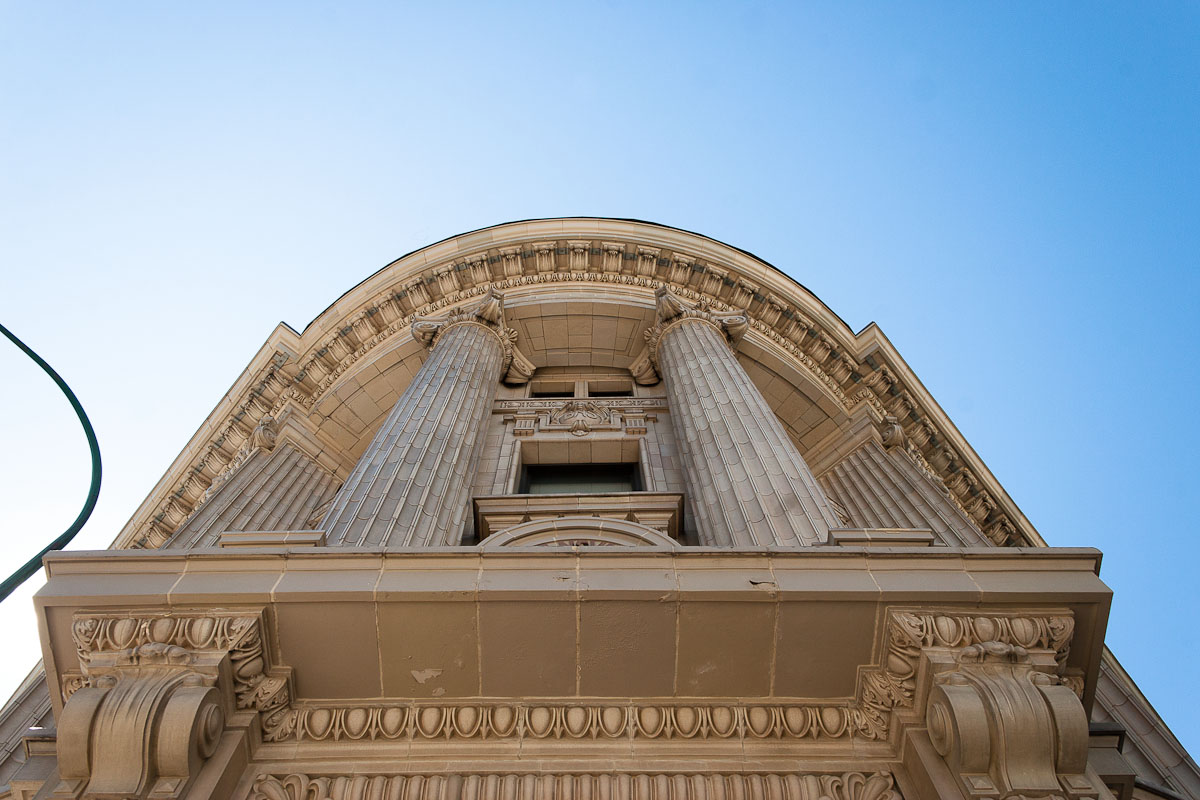 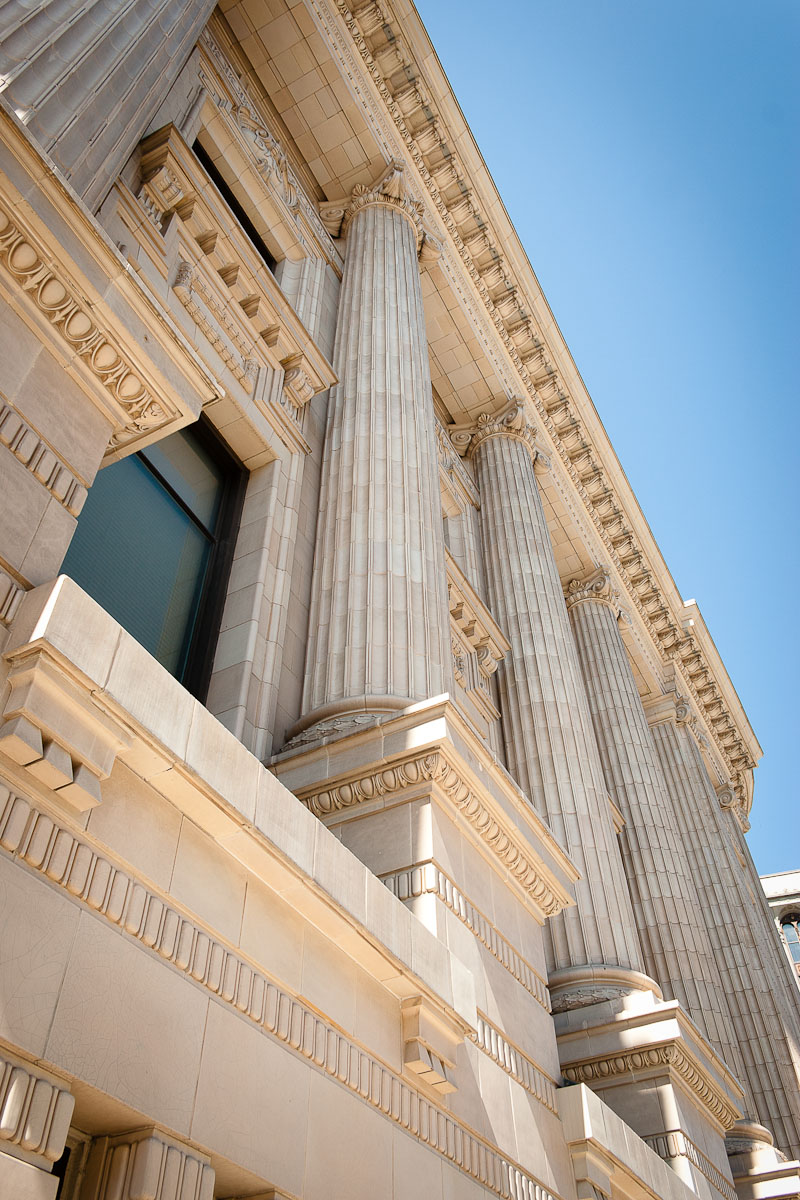 This is the second bank building on the tour designed by Canadian bank architects, Darling and Pearson. Its curved facade, corner dome, and decorative window and door surrounds, are indicative of the Baroque Revival style with elements of a "Free Renaissance" style. The building, of steel and hollow tile construction, is cloaked in an exquisite semi–glazed terra cotta. Its pale hue offers hints of pink and yellow. The terra cotta was produced by the Leeds Fireclay Company in Yorkshire, England and supplied by the Eadie Douglas Company of Montreal. Twenty years after construction, in a remarkable feat of design and terra cotta crafting, the structure was carefully and almost invisibly extended along the Portage Avenue side. Visit the rehabilitated lobby and banking hall which contain sumptuous marble, mahogany, brass and gilded details.

The building was named after Abraham Albert Heaps. A man originally from England, Heaps was a contributing member of Winnipeg’s political scene since his arrival in 1911. He was lead to political activism after his experience of poverty and vulnerability being an immigrant worker. He became a political figure for the Social Democratic Party of Canada and eventually sat in the house of commons as a representative for Winnipeg North.

From 1930 - 1931 the bank purchased neighbouring Portage property and the building was seamlessly extended, this work was carried out by Lewis H. Jordan and Walter Percy Over, both Winnipeg architects. More alterations were made in the 1960s, but the original facade and Baroque revival style was maintained. Plaques were installed at the site in 1987 detailing the building’s history as well as the significance Heaps had as a politician in Winnipeg.