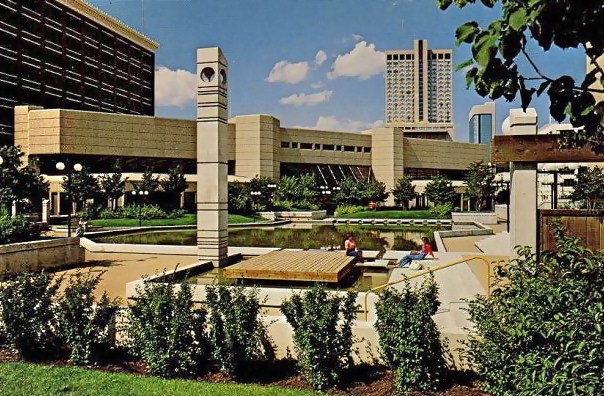 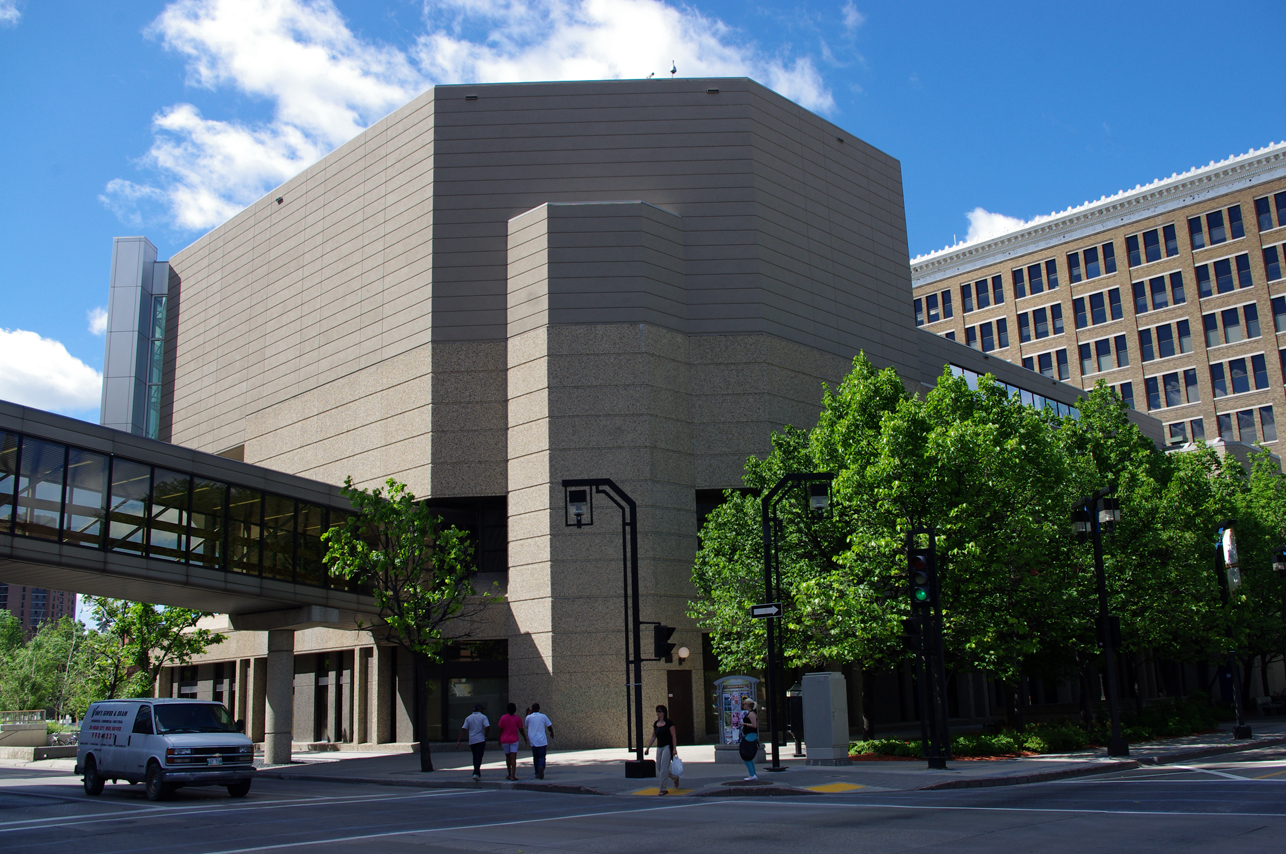 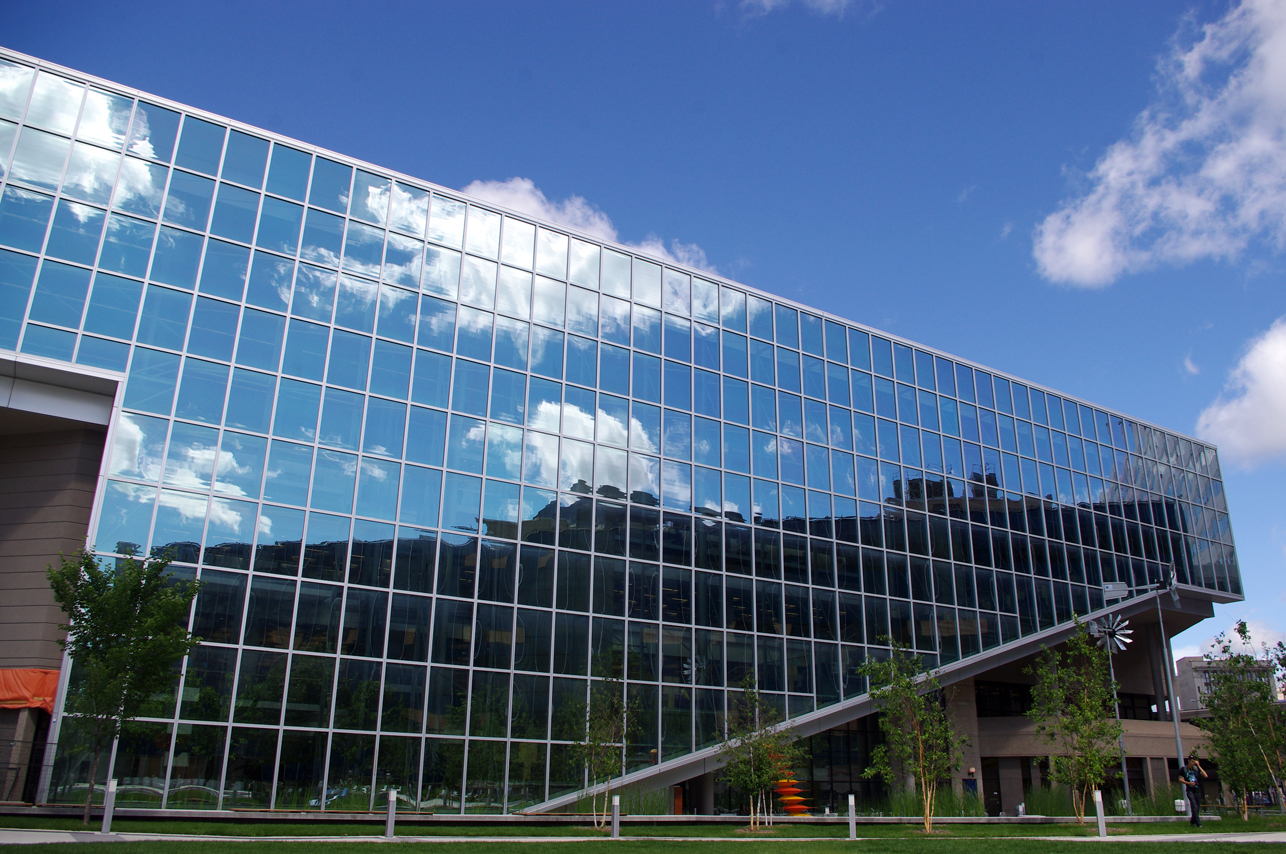 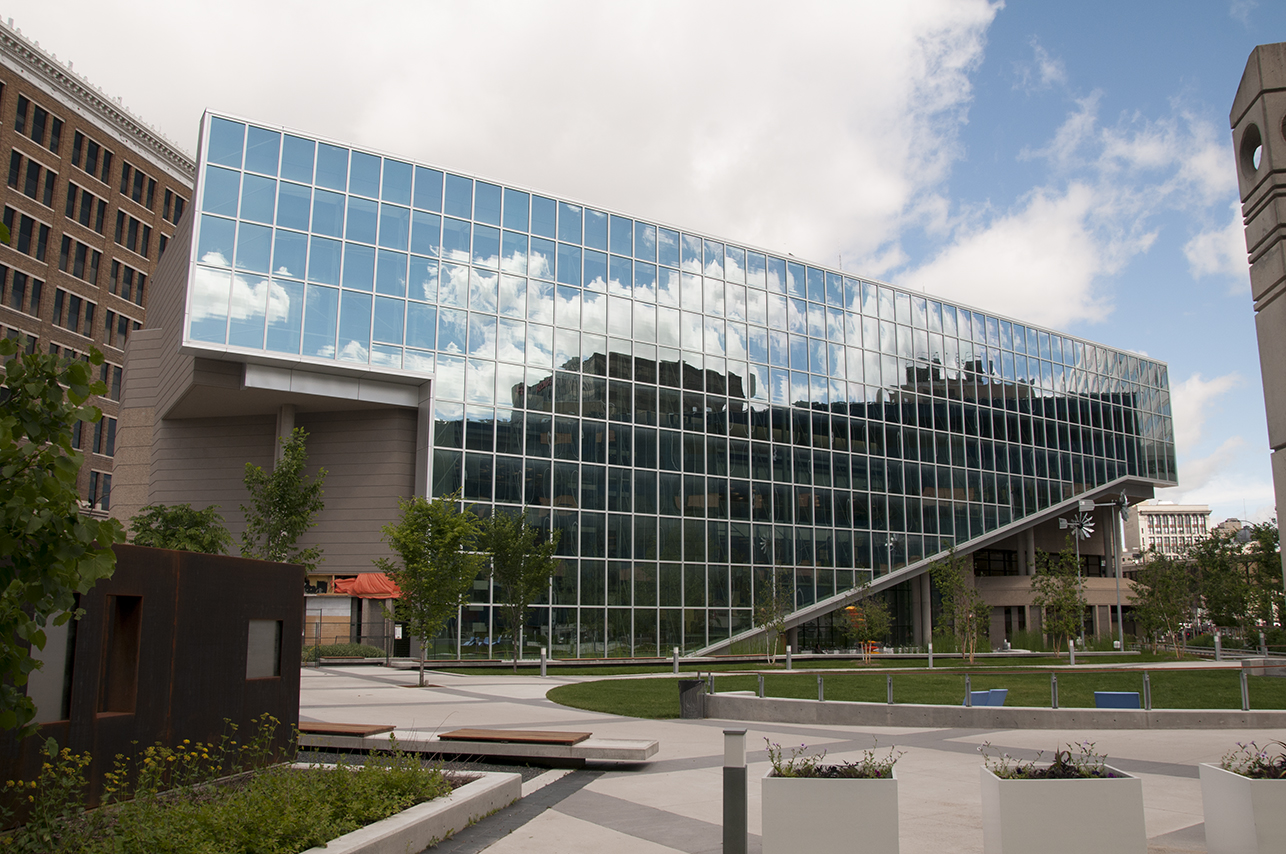 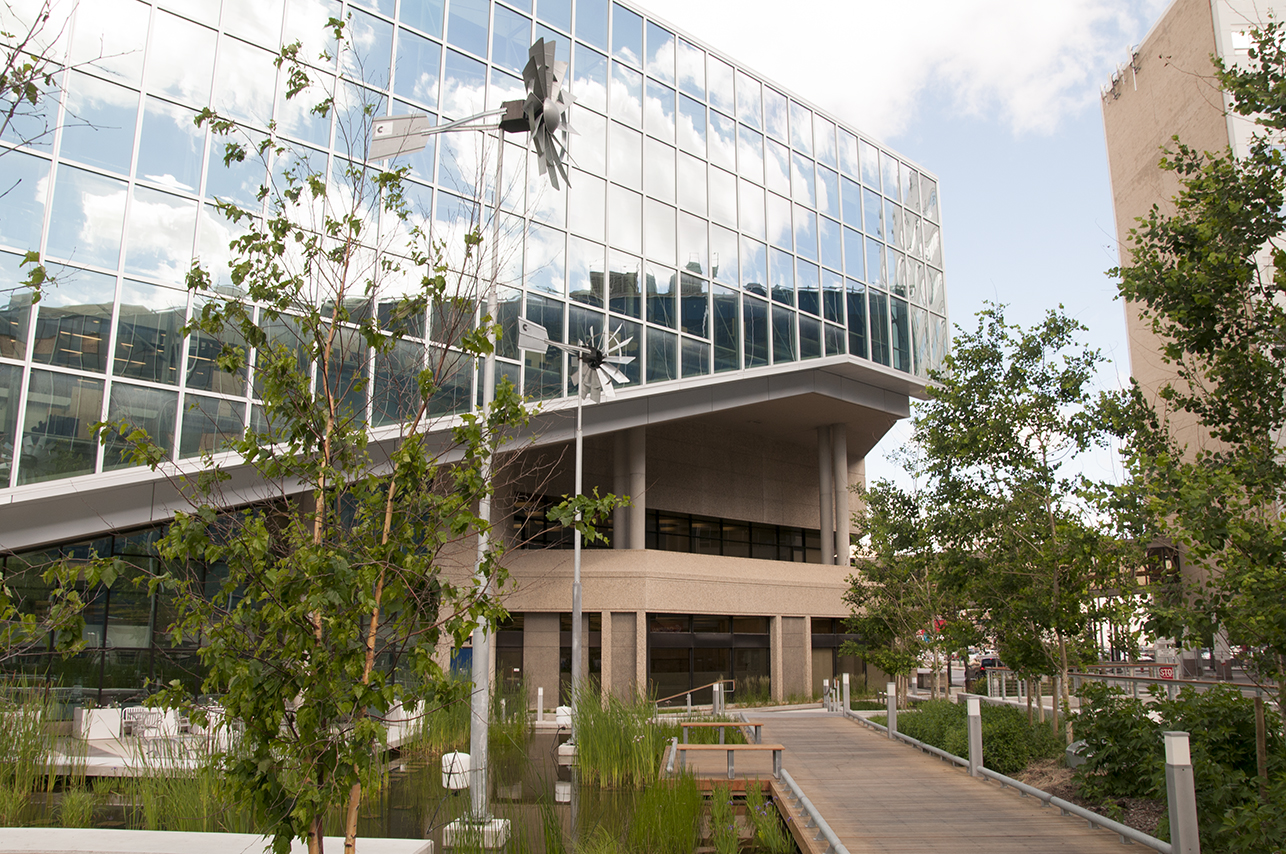 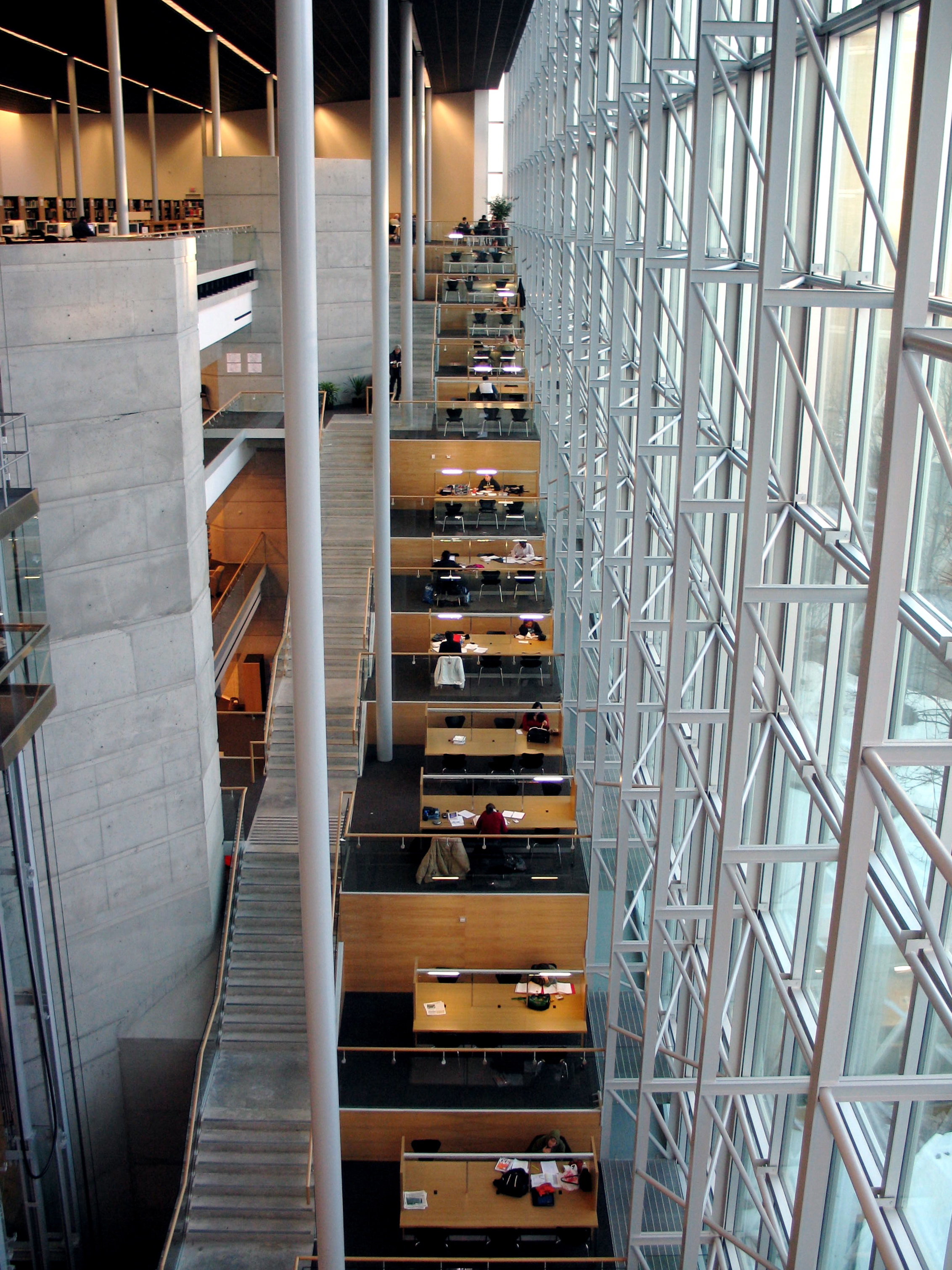 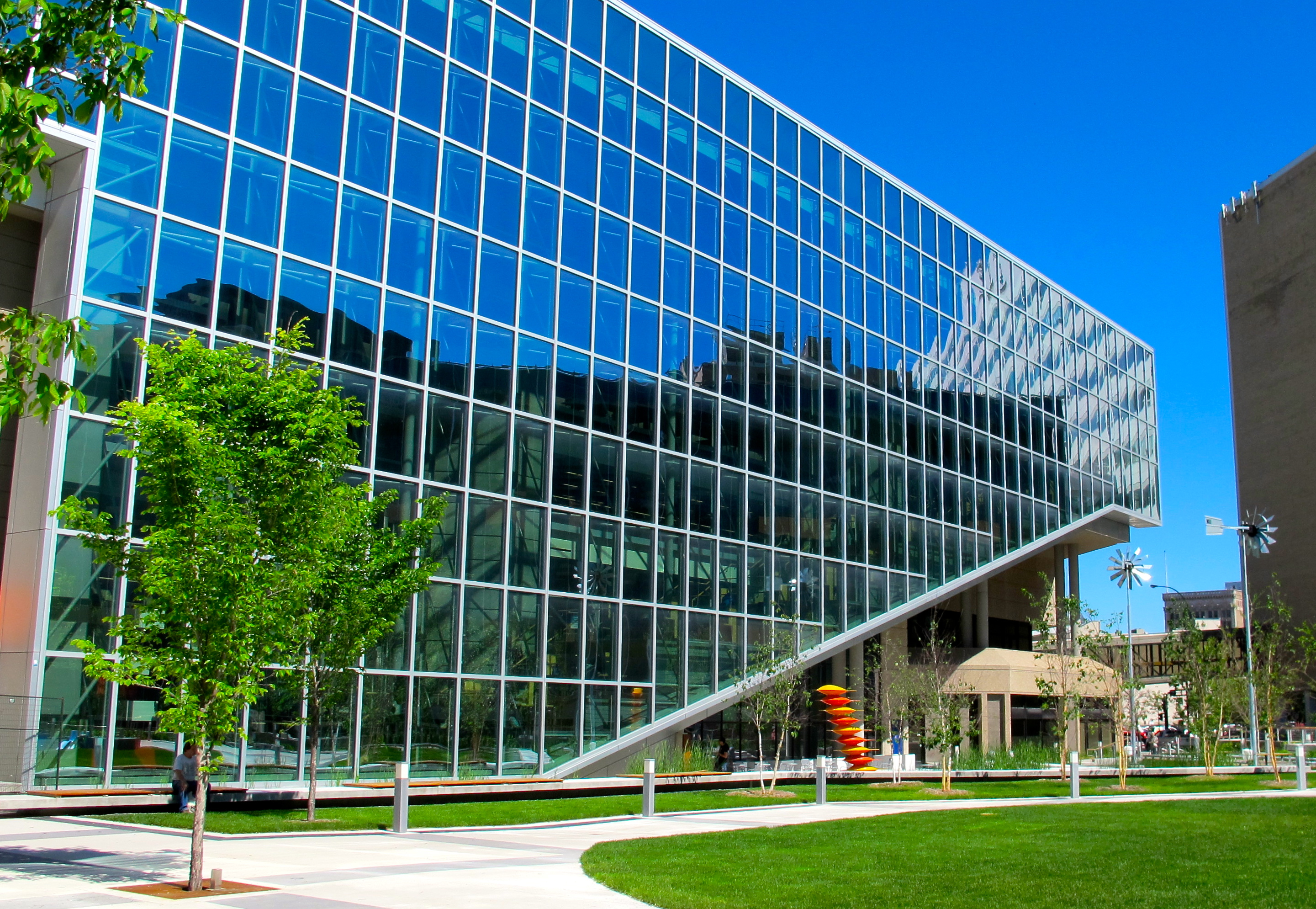 Opened on March 17, 1977 by Premier Ed Schreyer, the Centennial Library was colloquially referred to as “Winnipeg’s gift to itself” in celebration of the city’s 100th birthday. Originally designed by architects Ward, MacDonald, Cockburn, McLeod and McFeetors, the project had a dedicated mission to enhance readers’ services and revitalize the downtown area. The Centennial Library was originally designed as a three-storey masonry and concrete structure integrated with an underground parking garage and a landscaped garden on the south side of the site. The sweeping design features a spacious plan with open stacks and abundant natural light. On the exterior, its aggregate precast panelling is respectful of the established buildings nearby.

By 2000, the library needed renovation and expansion to provide for new technological services and expanding collections. Patkau Architects of Vancouver joined local firm LM Architectural Group to design an award-winning expansion and renovation project that added a fourth storey, a multilevel reading terrace and a four-storey glass curtain wall overlooking the garden. As part of the grand opening of the renovated building in 2005, two major works of art were installed through the City of Winnipeg’s new public art programme: Untitled (2005) by local artist Cliff Eyland and The Illumination by Lethbridge, Alberta artist Nicholas Wade. The renovation reopened as the Winnipeg Millennium Library.

In 2012 the rear of the site, Millennium Library Park, underwent further renovation to include a revised landscape and two public art projects: emptyful by Bill Pechet and Sentinel of Truth by Winnipeg artist Darren Stebeleski. The original park plan, by Lombard North, was composed around a large open area featuring an angular concrete pond; more intimate seating areas were set closer to the building, as was a smaller pond somewhat hidden by trees and shrubs, waterways, a fountain and walkways. At the centre of the smaller pond, still a highlight of the park today, is a bright orange and yellow abstract sculpture by Manitoba artist Tony Tascona. In the original scheme, adjacent to the main pond stood a raised area housing a concession booth intended as a home for performances and presentations. The landscape architects of the original park advocated for the reversal of the overall site plan, assuming that the space would receive more visitors if it were located by the building's main entrance. Recent alterations have included the addition of an entrance facing the park.