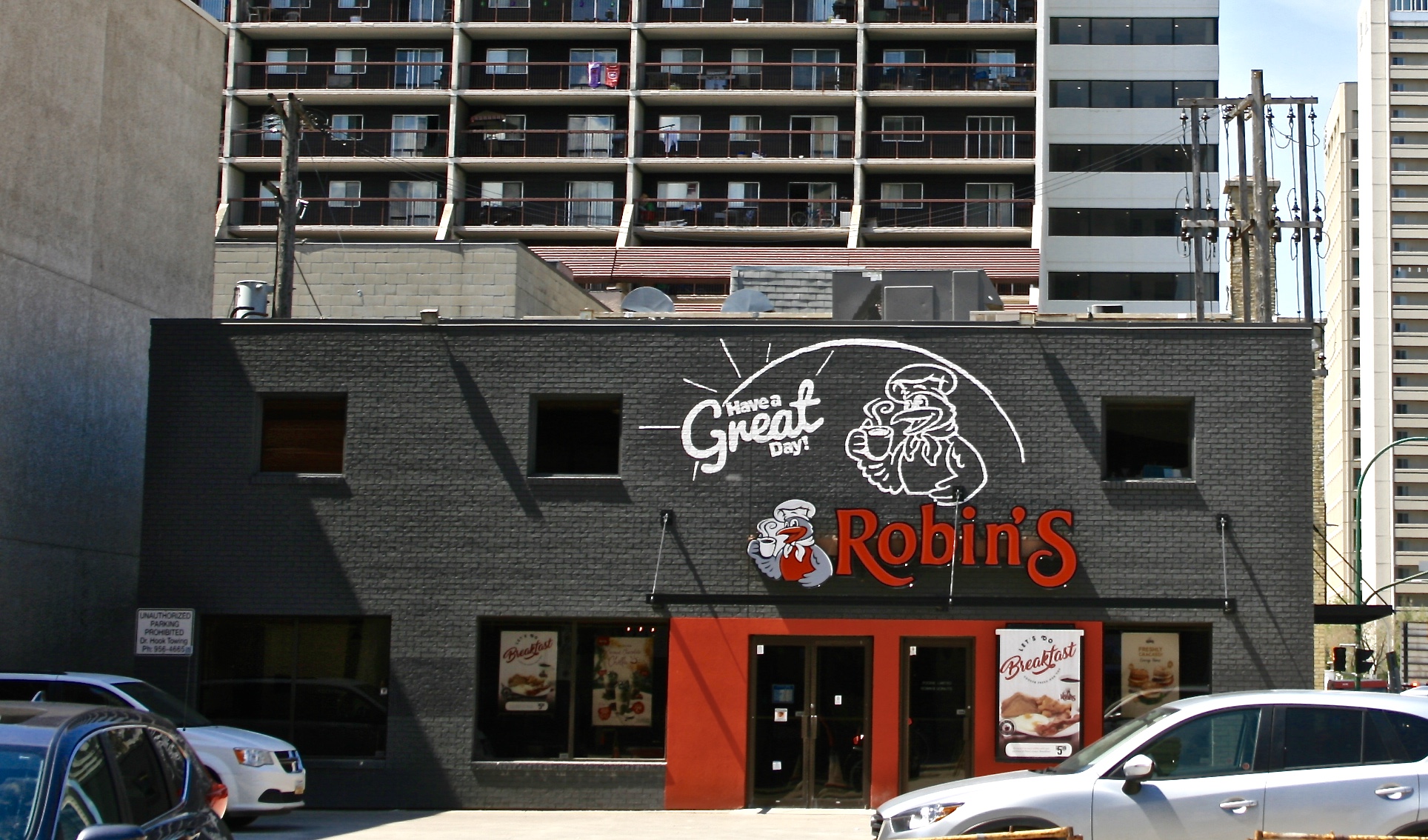 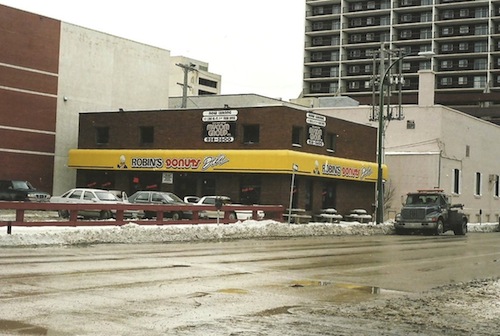 The one storey garage was initially constructed in 1948 for Kahane Garage/Warehouse. Dos Krawchuk was the draftsmen credited on the plan and the contractor was the Ryback Brothers. The original foundation of the building was constructed out of concrete piers on a concrete floor with a gravel fill. The superstructure was made of concrete blocks with pilasters faced with brick. A mezzanine is supported by posts, beams, and joists and the roof was finished with a tar and gravel top.The Kahane of Canada Ltd. was located just across the lane of the new garage/warehouse. The location was ideal for their operation.

An addition was added in 1970 when the building became the home of CRYPT nightclub. However they left in 1972, leaving the building vacant for a few years. The building returned to autos from 1975 to 1985 when Killeen's Auto & Plate Glass became the owners.

Their next long term tenant was Robin's Donuts, a restaurant chain, in 1986. Robin's Donuts remains as the building's tenant. Since their long-lived time at 250 York Avenue, the building has been given a fresh look. The restaurant is now painted in charcoal with red entrances and painted white details to advertise the business with their cheerful mascot.