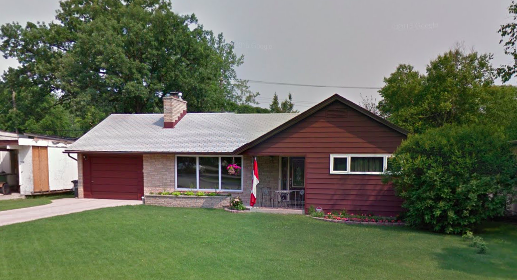 The house at 25 Mohawk Bay was built in 1958 with an advertised possession date of September 1st that same year. The home sits on a treed lot, backing the Windsor Park Golf Course. It is one of the larger homes built in Niakwa Park, featuring 6 large rooms, an L-shaped living and dining room, and a kitchen with a breakfast nook. Sliding doors located in the hallway separate the bedrooms from the front of the house.