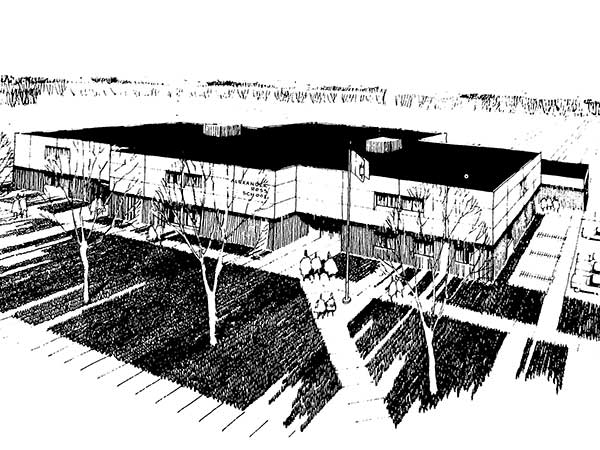 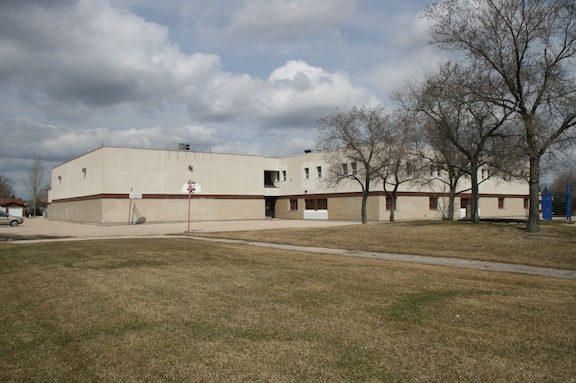 Manitoba School for the Deaf

This compact two-storey was opened as Alexander Ross Middle Years School, named after early Sheriff and Councillor of Assiniboia, Alexander Ross. The building ceased operation as a middle school in the summer of 1989. It has since come to serve as the Manitoba School for the Deaf. The structure’s boxy shape has plain walls with pale limestone on the lower portion, with a dark band between the light-coloured stucco above. Steel-framed, the building contains a gymnasium and 29 rooms and holds 52,498 square feet of space; original estimates pegged the cost of the facility at approximately $1,500,000. Some classes began at the school began in 1975, with full functions occurring by 1976. An official opening ceremony took place on 29 September 1976. Original window detailing includes a distinctive sloping sill but the upper floor appears to have had many more windows added that do not correspond to the established pattern. The school’s large yard contains a play structure and is shared with City Recreation programs.