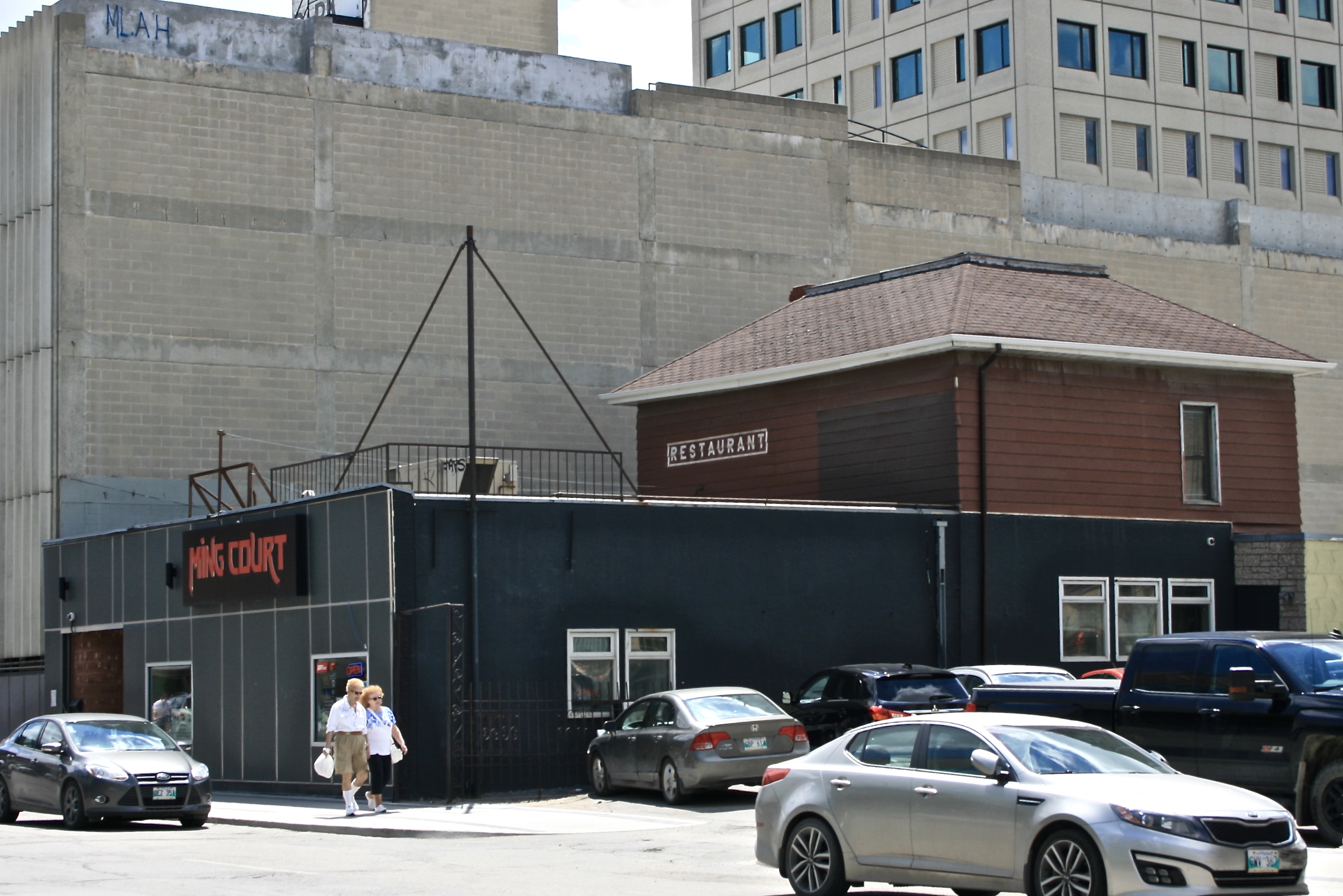 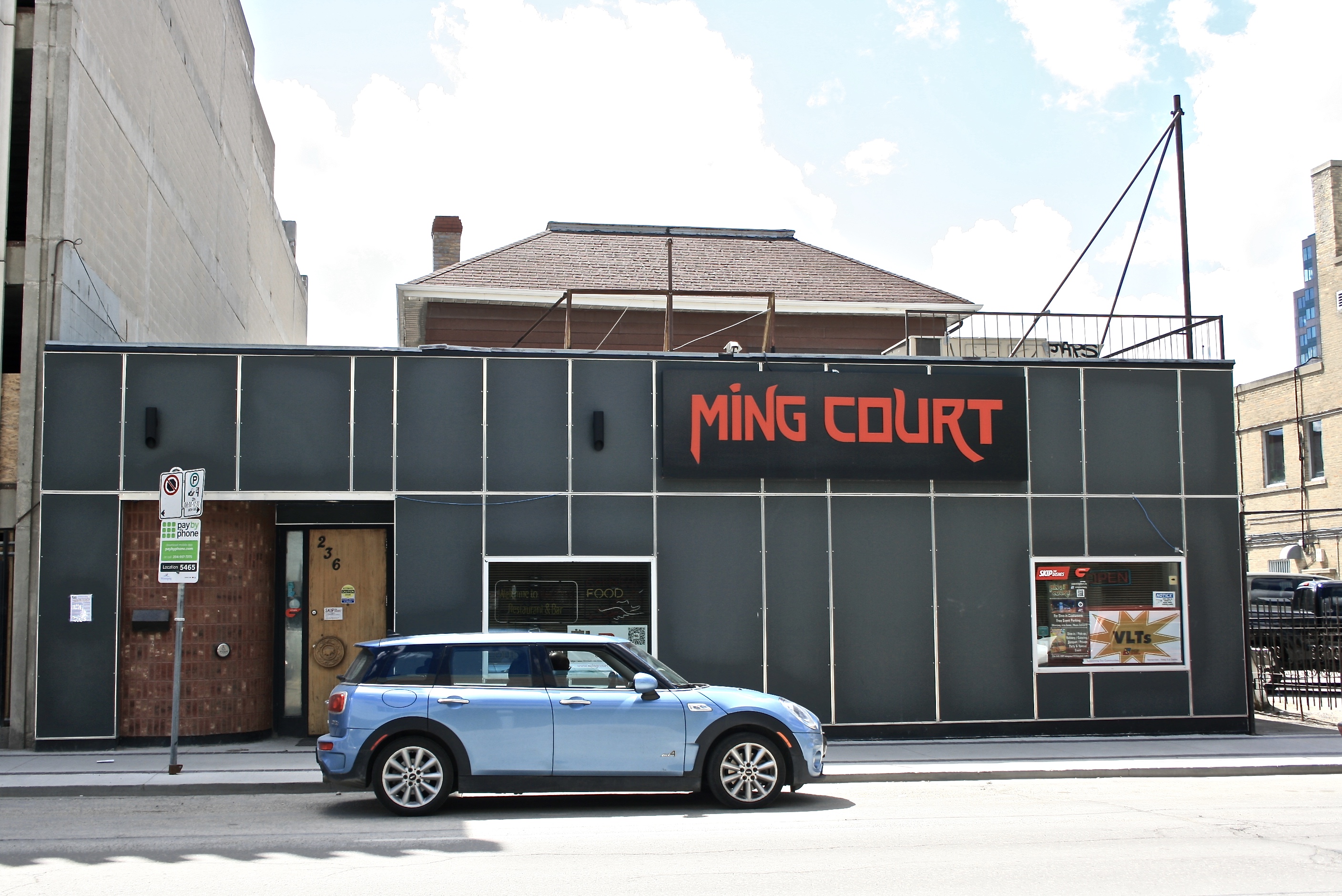 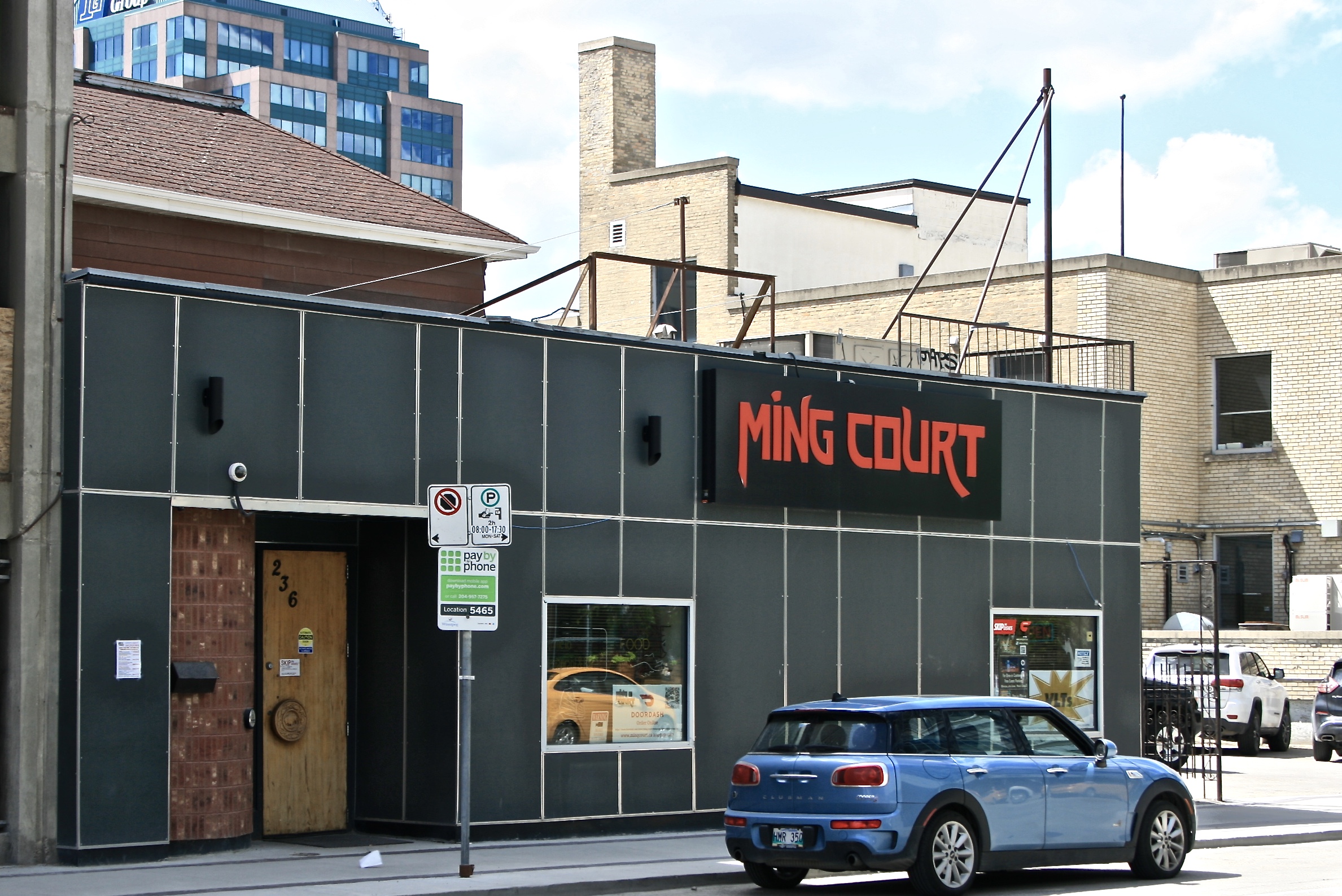 236 Edmonton Street is the result of a lot of alteration to a very old home. Today you can see the top of a house poking through the many alterations to the building. This is what remains of the original building constructed in 1888. During the time of this building's construction Winnipeg's Downtown was a much more neighbourly area. There were many residential homes, churches, and schools.

After many years as a family home and boarding house 236 Edmonton Street was altered to become Campbell and Hyman Ltd., a company that sold medical devices for the public such as hearing aids as well as pharmaceuticals and specialty supplies for physicians. In 1938 a permit to turn the house into a shop was taken out and a brick store front was added to the dwelling for Campbell and Hyman Ltd. The company hired P.C. Peterson as their architect and R. Sigurdsson as the contractor for the job. The one storey store front addition to the building was 31x34 and designed to open up into the house to provide a larger retail space.

In 1960 the building began a long life as a restaurant. This prompted another redesign of the building to alter it to suit a restaurant. The new restaurant building was home to many different businesses over the years including The Red Lion Steakhouse, Bungees, Angelo's Pizza, and Ming Court, the current tenant. With an insurance tenant also working out of the building at the time, a 1964 addition was added. For this project Williams Restaurant Supply Ltd. was hired as the architects, R.J. Dupuis Construction Co. Ltd. was hired as contractors, and Cowin Steel Co. Ltd (foundation) and Canada Iron - Prairie Structural Division (roof frame) were hired as engineers.

The most recent alterations to the building was an exterior renovation to update the restaurant. This meant removing the old siding to replace it with new material. Once the old siding was removed an old insurance company sign was revealed. The old 1888 house can still be seen from the street level, but the modern one storey addition to the front of the store welcomes in customers.