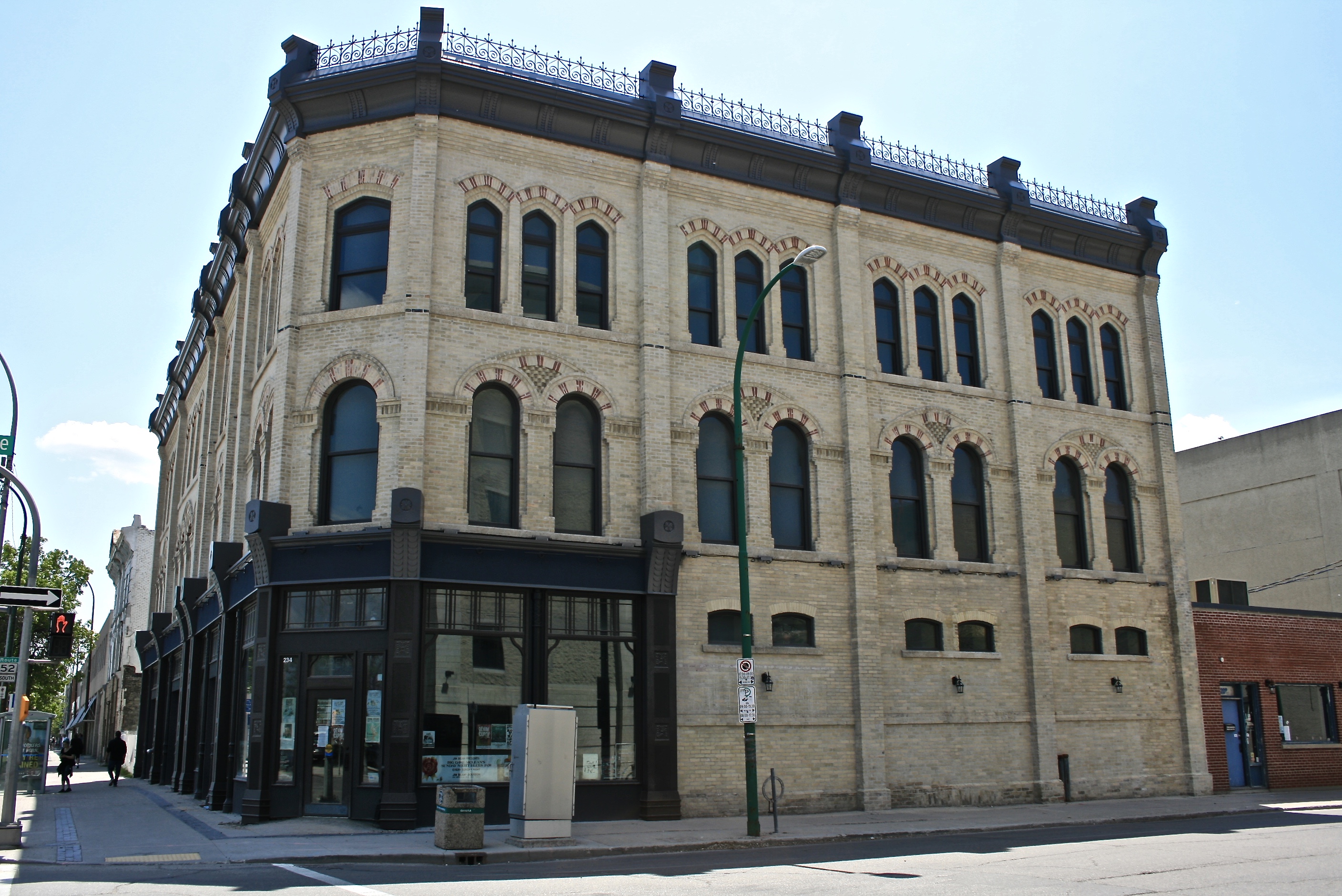 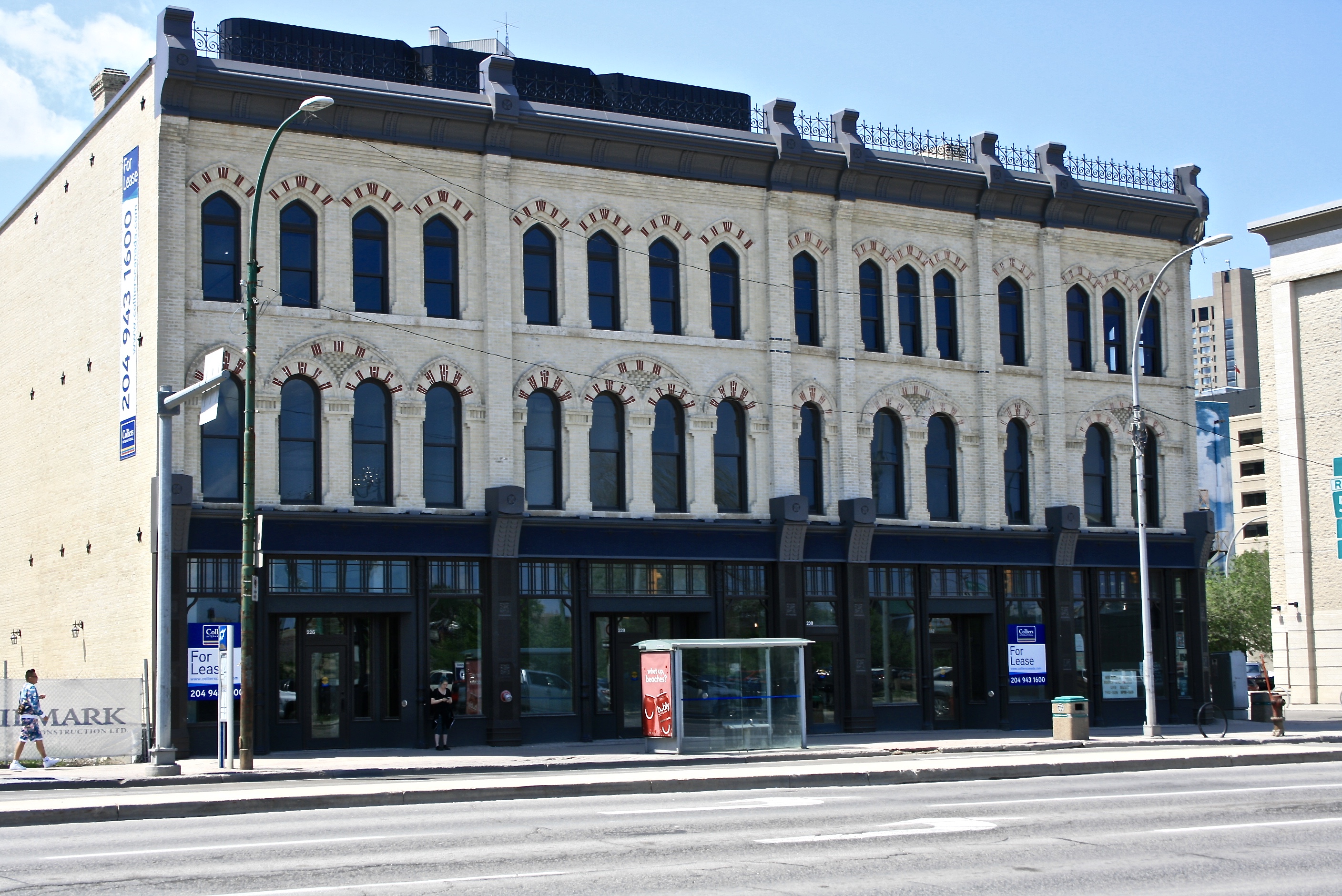 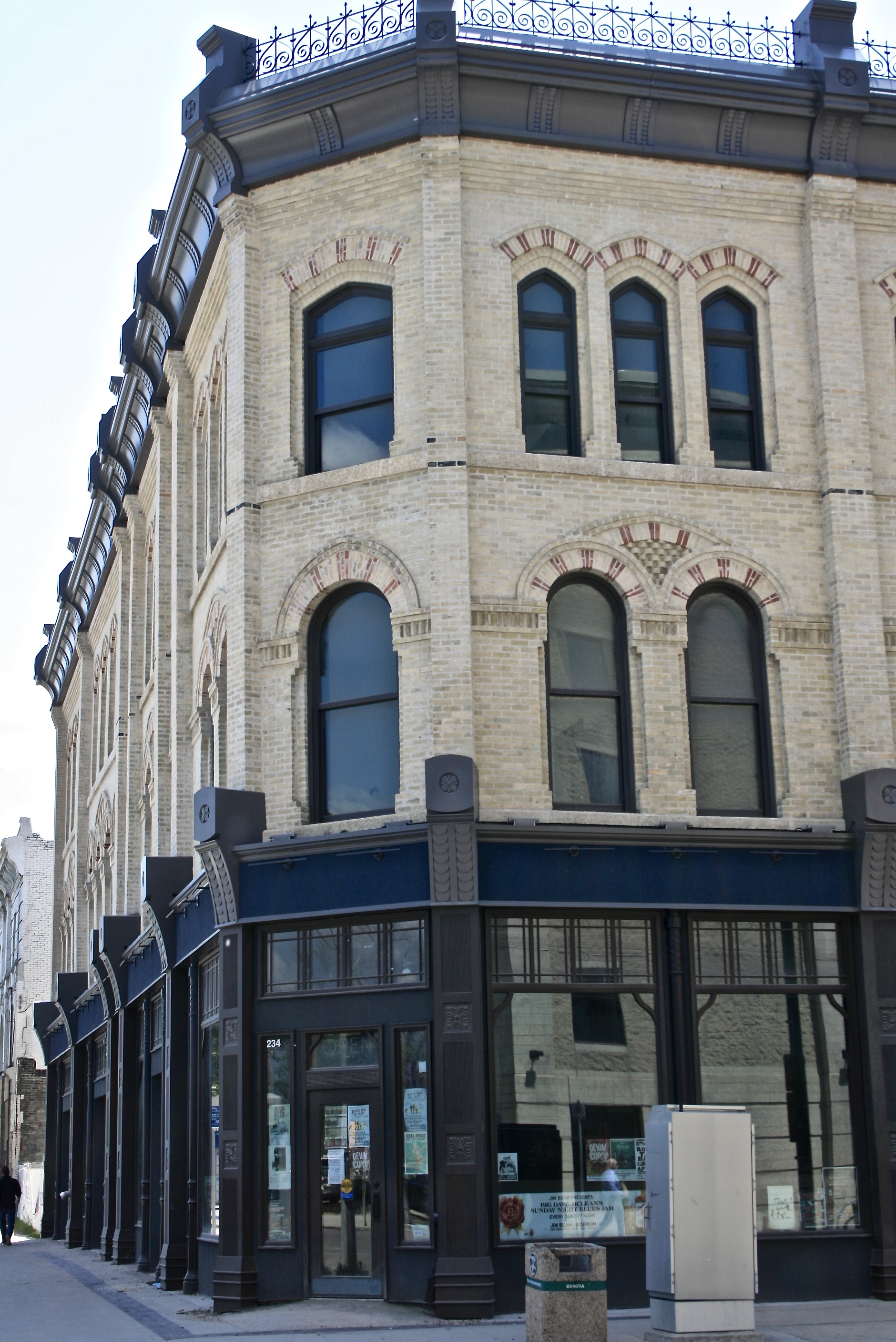 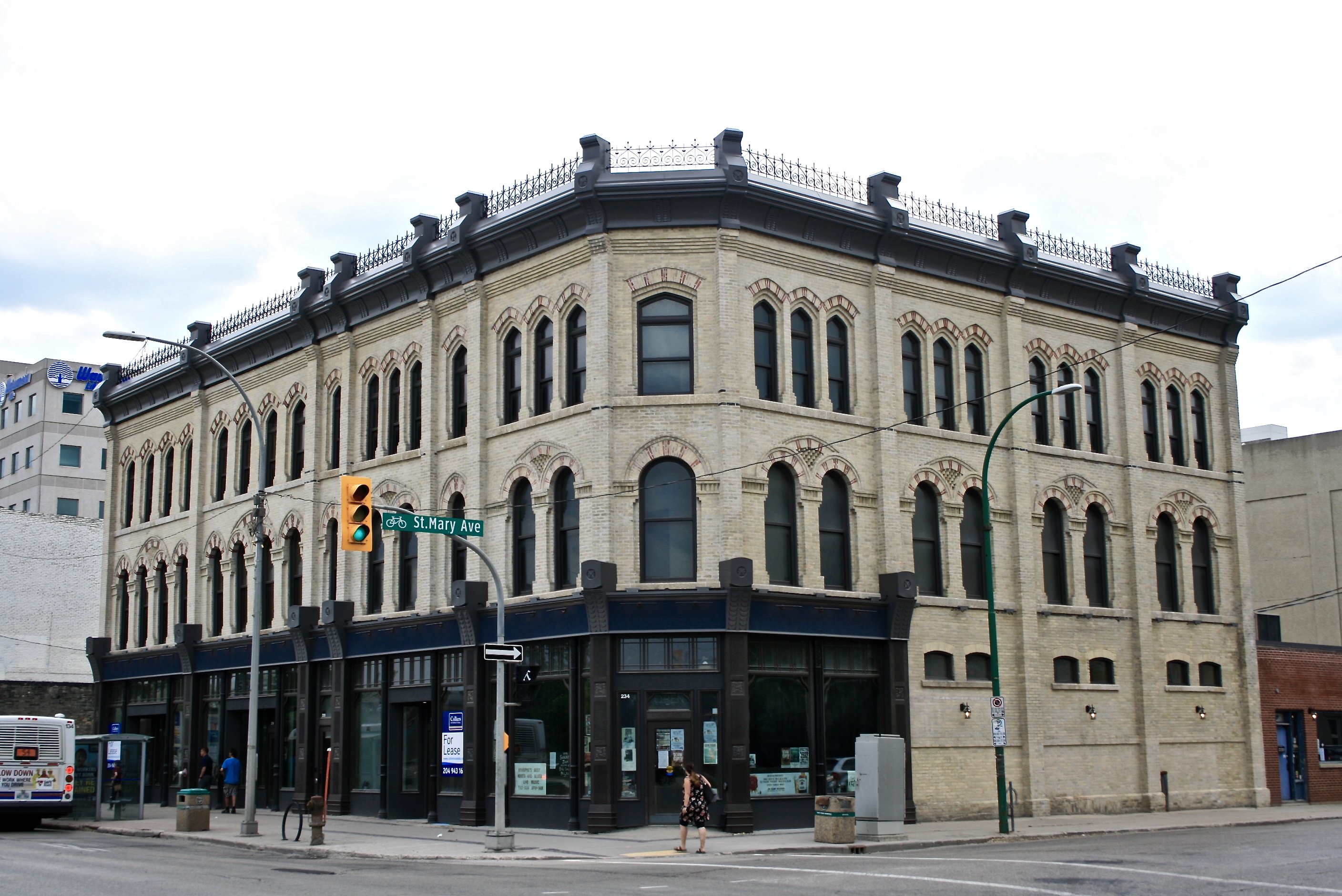 236 Main Street was constructed for Mark Fortune, a real estate developer who financed the construction. The building was constructed between 1882 and 1883 by Grant and Geeley, making it the fifth oldest building in Winnipeg. Fortune hired Charles Mancel Willmot and George W. Stewart as architects on the project. Almost immediately after construction, Fortune sold the block to Alexander “Sandy” Macdonald, a local business man. Macdonald had another building constructed to the South of the Fortune block known as the Macdonald block. The new building at 232 Main Street was much lighter in colour, but shared common architectural features to the original building.

The original design for the Fortune block was in a high Victorian style. It was constructed with wooden beams and posts for structural support and the flat roof was made of tar and gravel. The main floor of 236 Main Street was designed as retail space with a large store window while the upper levels were divided into 15 residential/office spaces. It had an ornamental cornice, likely made of tin which was replaced with a metal one and a brick parapet in 1926. The original windows were designed with segmented brick arches, popular with the Victorian style.

The main floor of the Fortune block would become the home for many different restaurants as well as industrial shops. The longest tenant was the Holman Brothers’ Butcher shop who operated from 1880 to 1900. The upper levels went through many different residential and office tenants. The most notable being the medical office of Dr. Amelia and Lillian Yeomans, a mother daughter medical team. The pair were considered to be the first two women to practice medicine in Winnipeg, and possibly Western Canada. In 1888 the Manitoba Institute for the Education of the Deaf and Dumb opened classrooms in the block. After parents urging the school system to provide classes for their deaf and hard of hearing children, classes were made available under John Clavin Watson. The classes were soon moved to its new location which opened at Sherbrooke and Portage.

The Macdonald block was built to be the new location of Macdonald & Co., later known as Macdonald Consolidated. Macdonald was the owner of a grocery store chain which had close to fifty locations, and with the company growth they soon had to move out of the building. With the help of Mark Fortune, Macdonald moved his business out and sold the Macdonald and Fortune block to Samuel Spence for $300,000 in 1902. Spence was a hotelier who planned to convert the Macdonald block to a hotel while keeping the Fortune block as a mixed commercial building.

As the years past, tenancy shifted in both buildings until vacancy was common. The main level of the Fortune block remained as a restaurant and bar for quite some time and opened in 2001 as the High and Lonesome Club restaurant, which still remains at the location.

In 2012, the building owner decided to sell as maintenance issues grew. The building had been neglected for many years and the problems seemed too expensive to fix. Many believed the building was ready for redevelopment. in 2016, businessman John Pollard purchased the Fortune and Macdonald blocks as well as the nearby Winnipeg Hotel. Syverson Architecture was responsible for the design. The three storey blocks have been rehabilitated to house a music club and retail on the main floor and residential units on the upper levels.