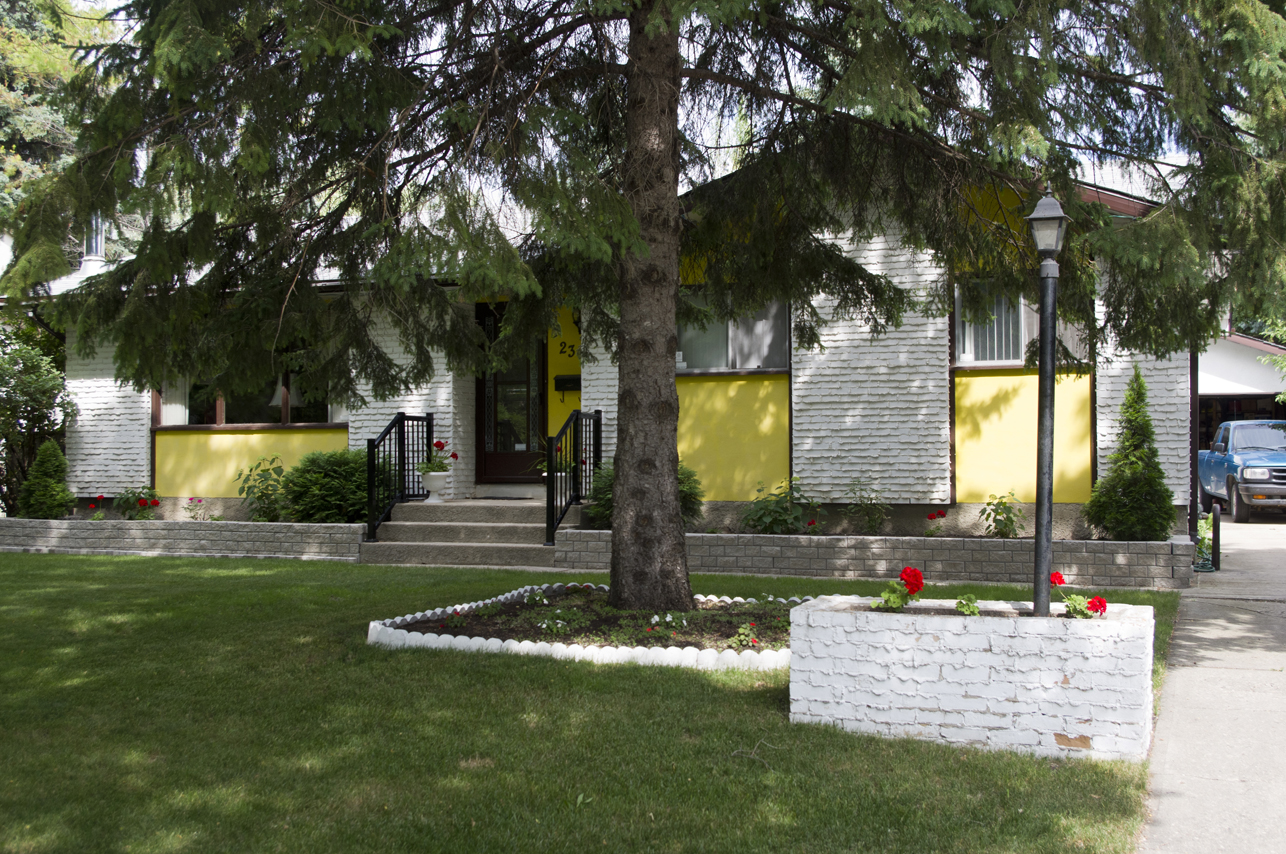 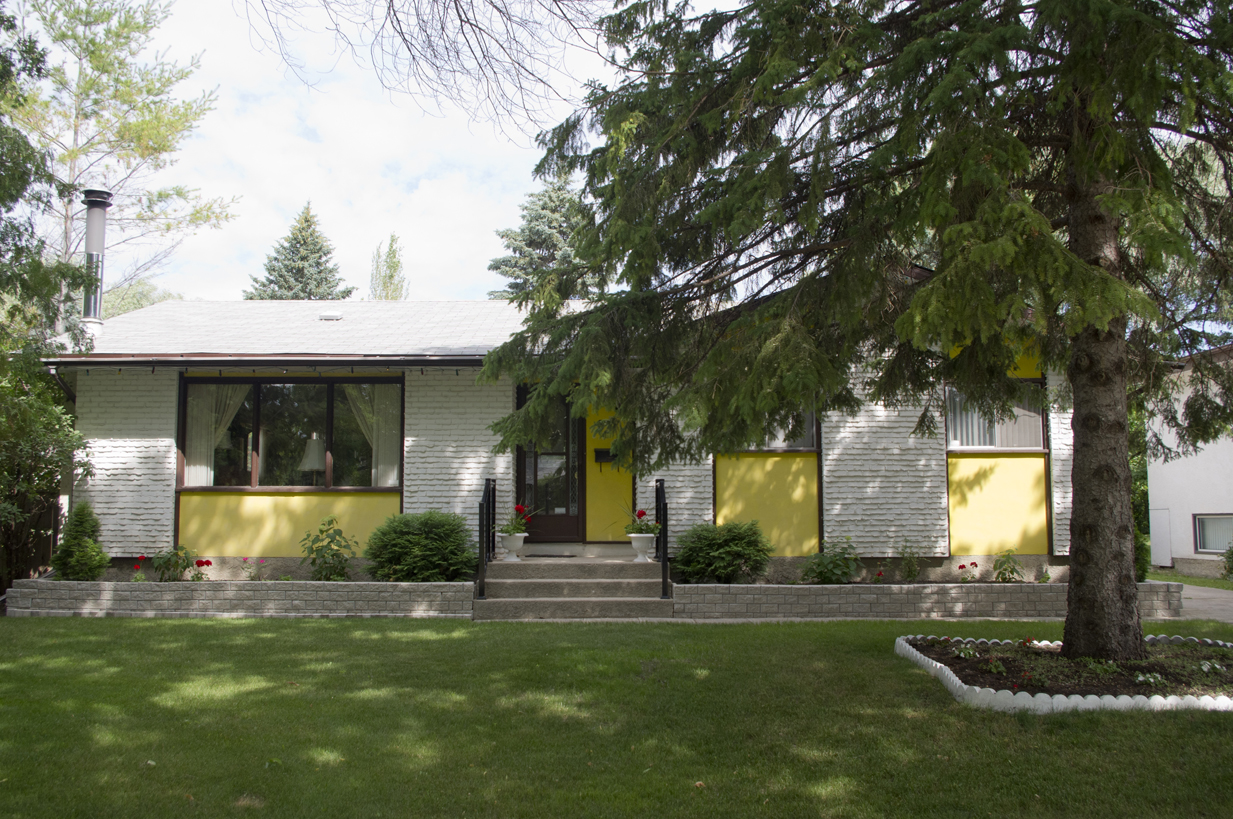 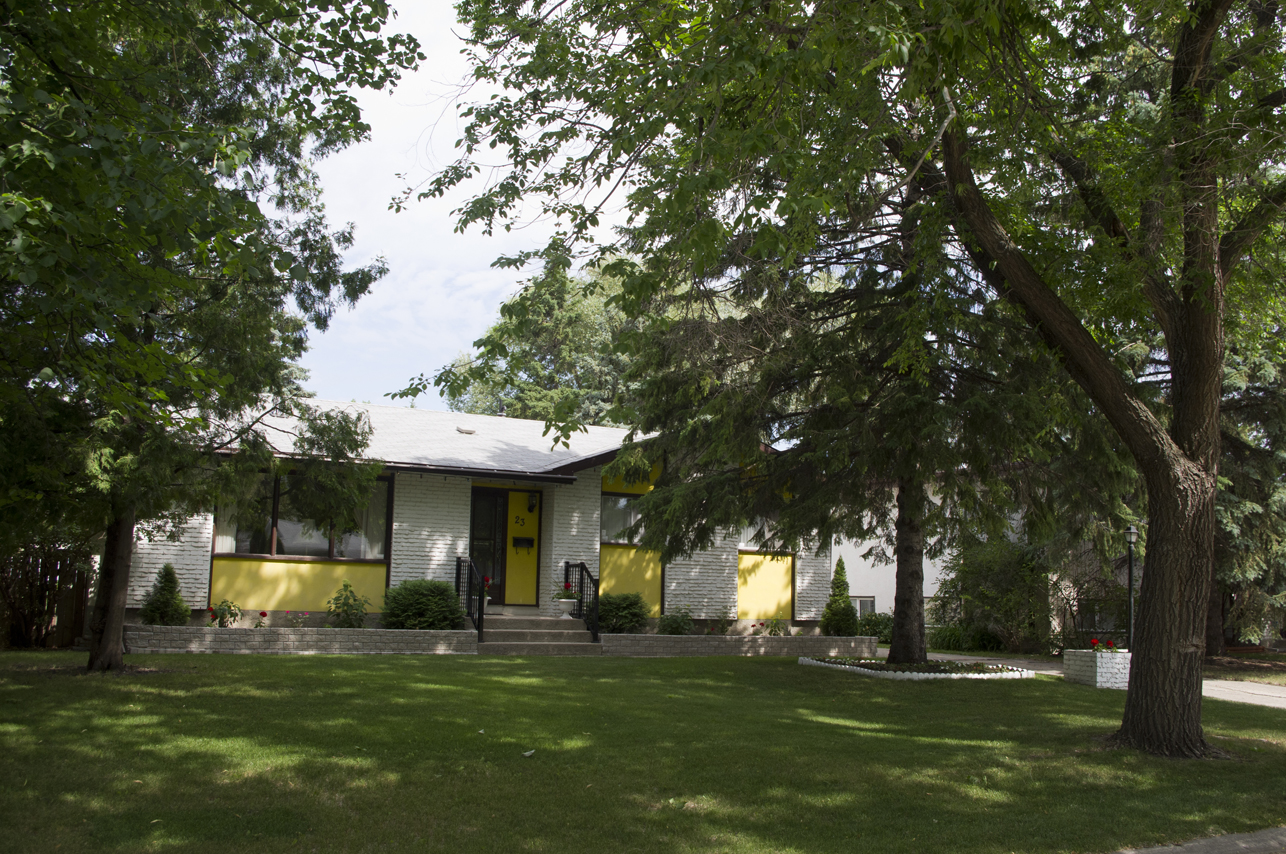 The development program for the area was designed to provide a well-balanced community served by a system of already established traffic arteries, including Pembina Highway. The subdivision, at the time of development, was to accommodate 3,500 residential properties and the master-plan included space for churches, shopping areas and approximately 60 acres of land earmarked for parks, schools and recreational areas. The park-like development was established around several residential bays, and advertised underground wiring, large stands of trees, and interesting topography. (WFP, 22 May 1965)