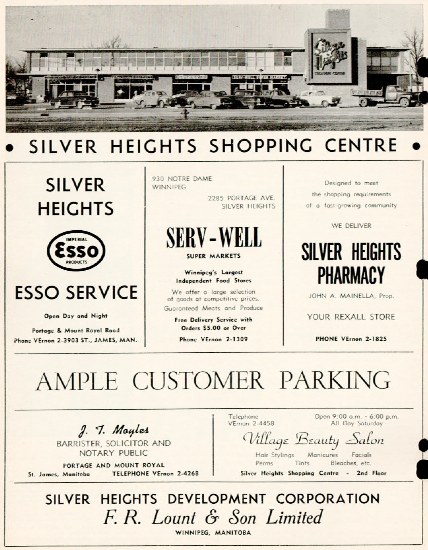 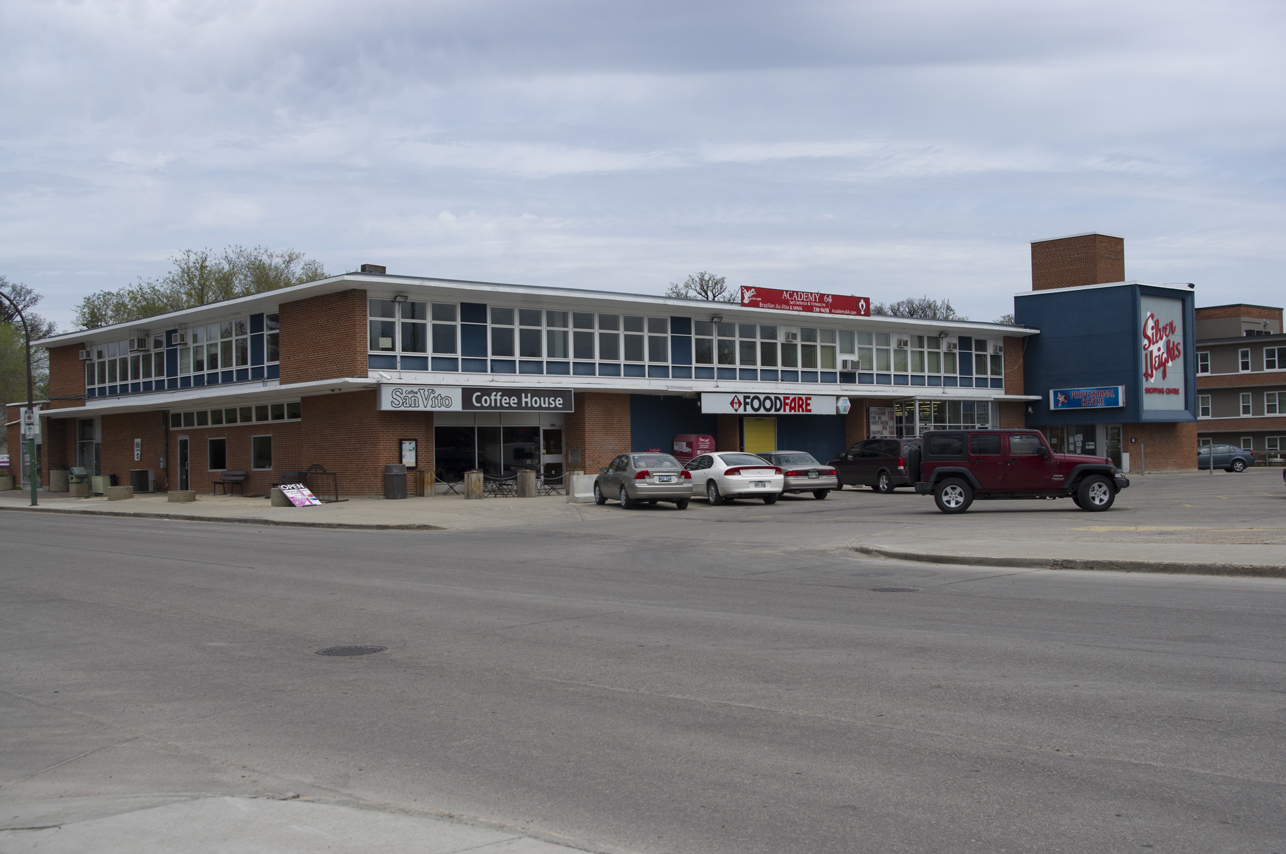 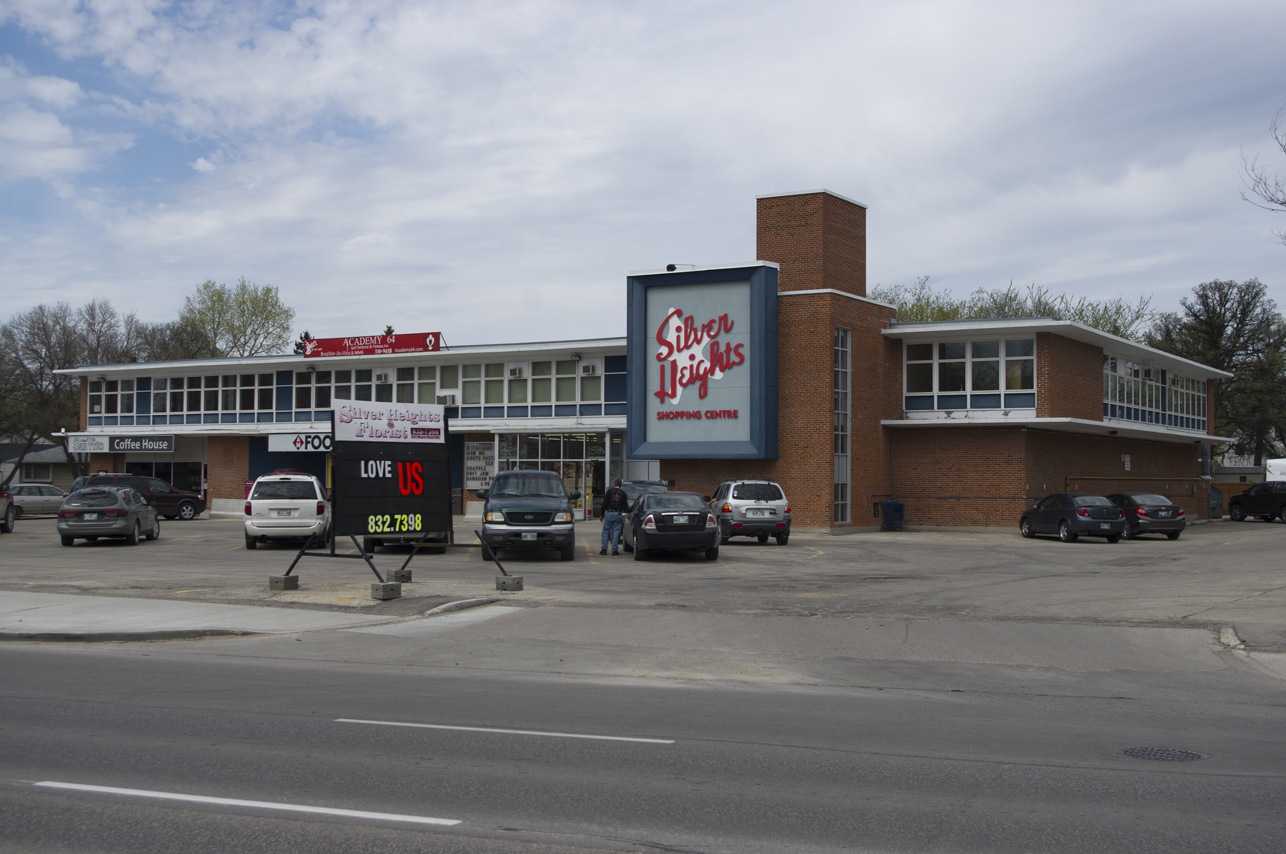 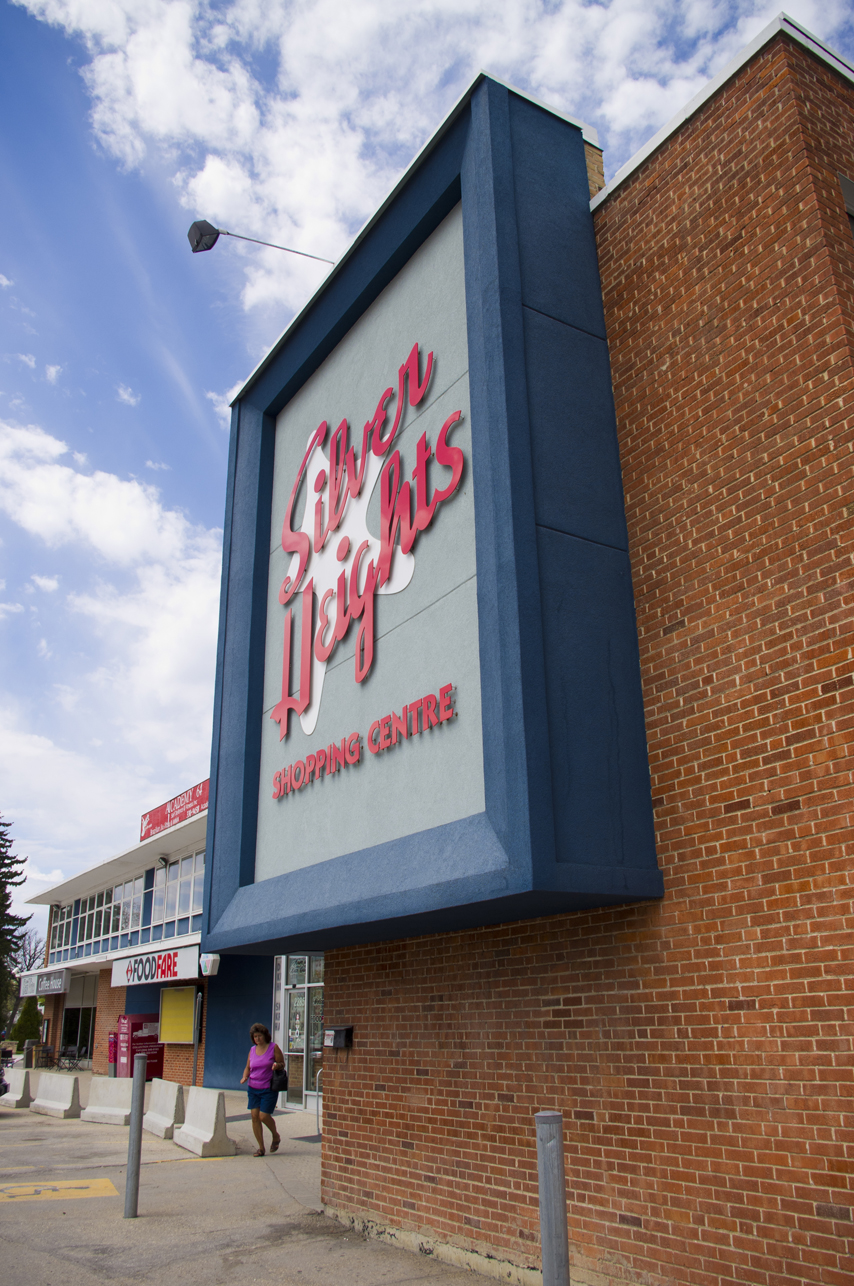 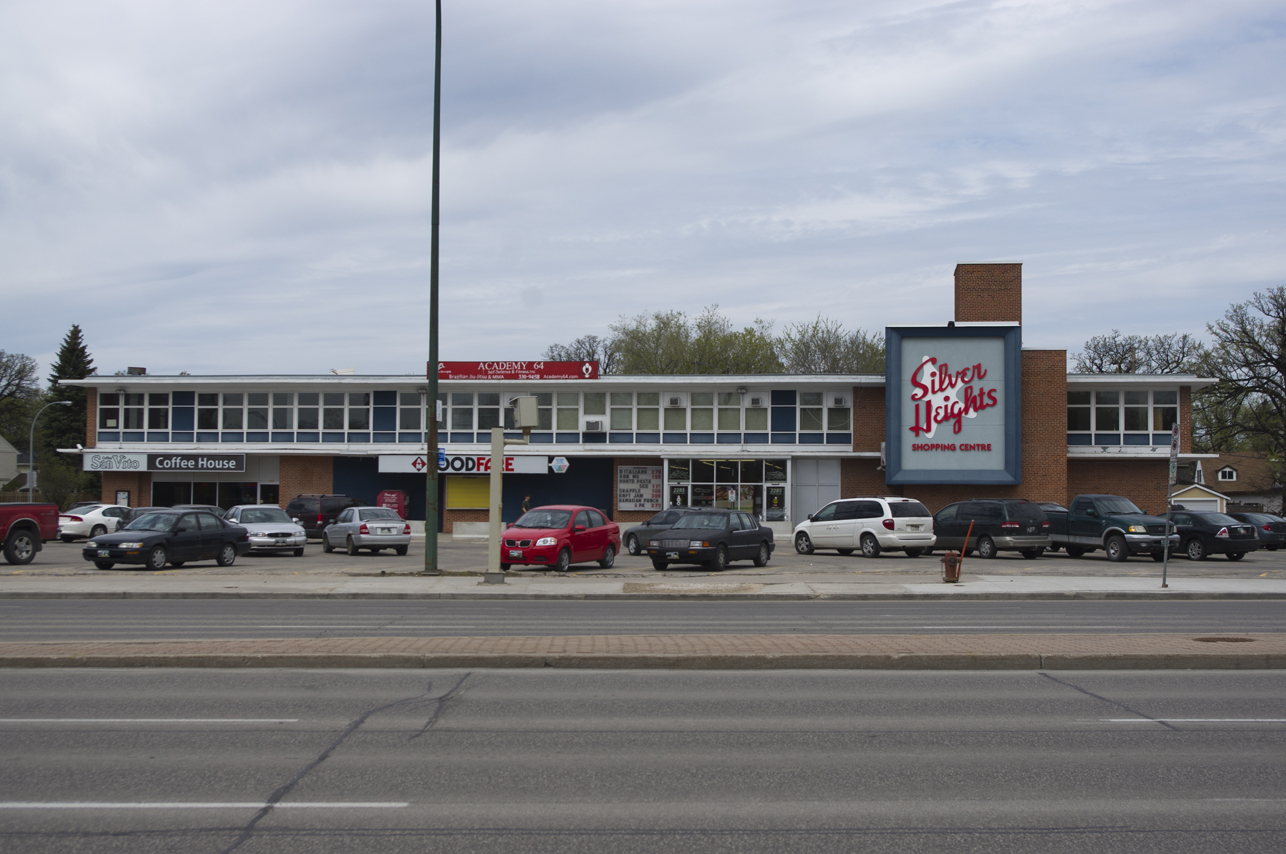 The design of the Silver Heights Shopping Centre is attributed to A. B. Stovel, who began working with the Lount and Sons Construction Company following his graduation from the University of Manitoba School of Architecture in 1947. The commercial centre has a common parking lot fronting Portage Avenue, accommodating commuters driving between their suburban homes and downtown workplaces.

Construction on the shopping centre’s units began in 1953 and the centre opened in March 1954. The main level, which featured large storefronts, included a branch of the Royal Bank of Canada (its second branch in St. James at the time), a Serv-Well Super Market, the Tiny Town children’s store, a Rexall pharmacy, a Perth’s dry cleaners and the Village Salon, a hairdresser. Riverside Lanes, a bowling alley, was situated in the centre’s basement. Bowling gained popularity following World War II. Not only was there a massive increase in the number of recreational bowlers, but there was also a shift in the demographics of the sport. What was once pursued primarily by working class men became a leisure activity enjoyed by an increasing number of women, children and families.

The upper floor of office space was leased to professionals. These second floor units featured continuous strip windows shaded by an integrated concrete awning. The building has a flat roof and is finished in red brick.

In many neighbourhoods, Silver Heights included, these strip malls were once anchors of local retail activity. Originally designed as a community hub, serving an eventual population in Silver Heights of 3,000, many are being abandoned, or under-utilized as the services move out of neighbourhoods to larger standalone shops and regional malls serving larger catchment areas.

Imperial Oil built a service station on the commercial land at the north-western corner of Portage Avenue and Mount Royal Road. This station no longer exists and in its place is a park or small green space.