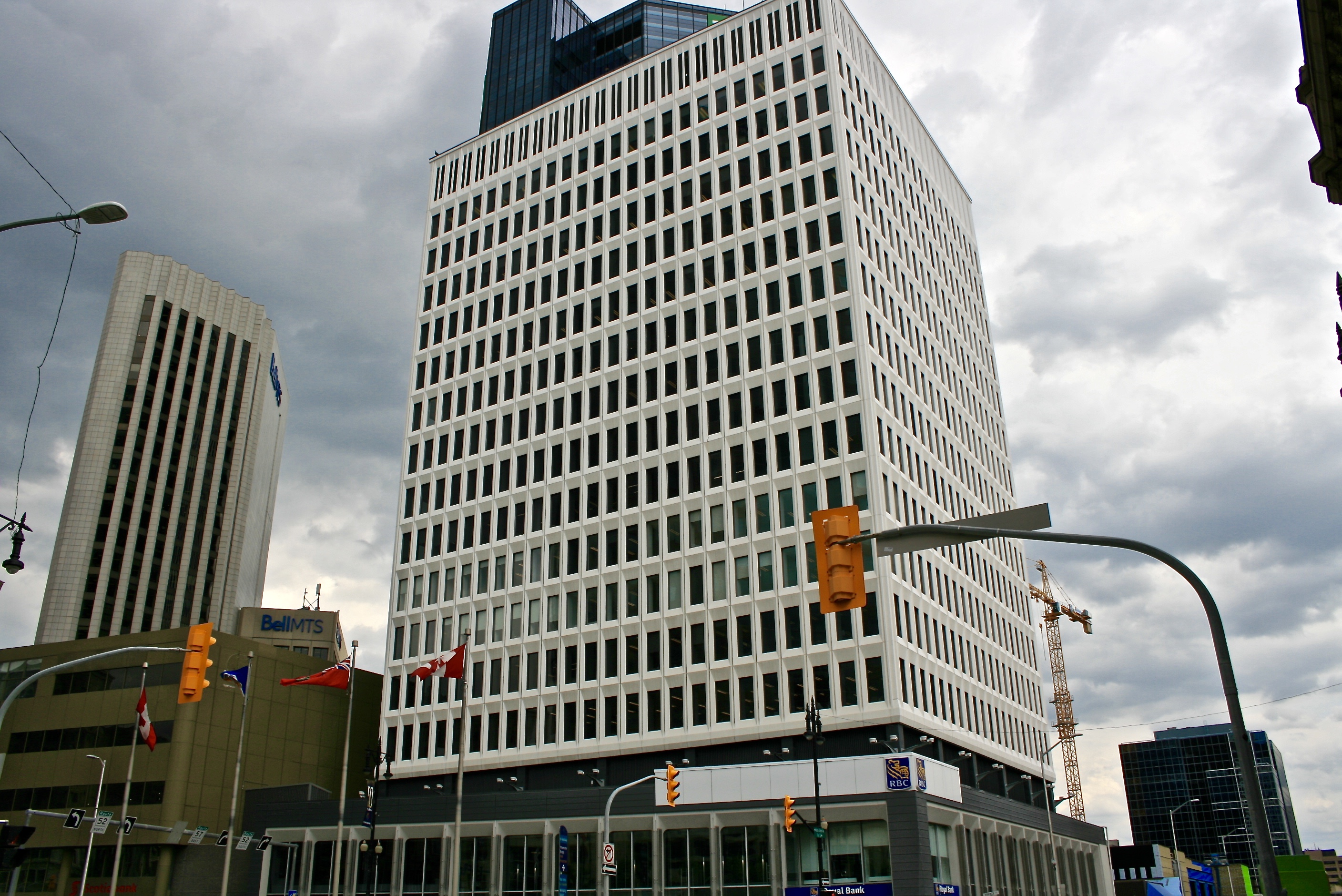 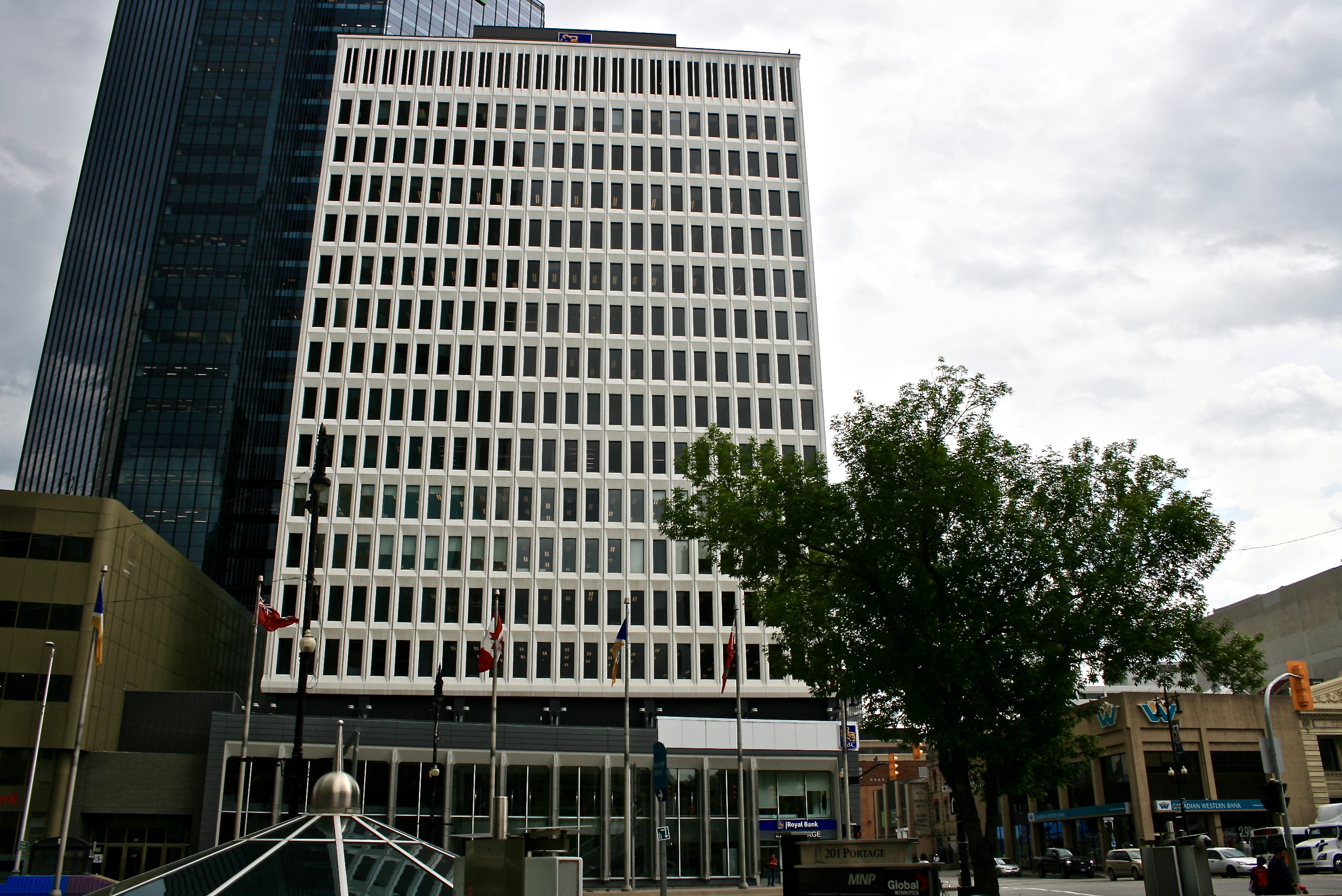 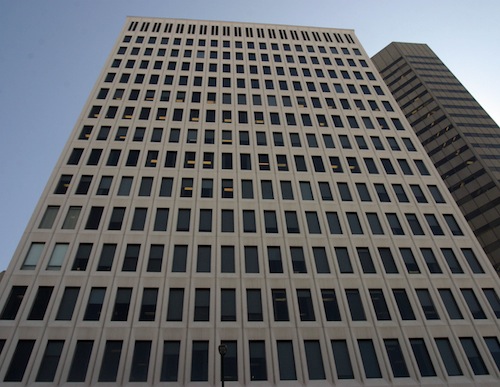 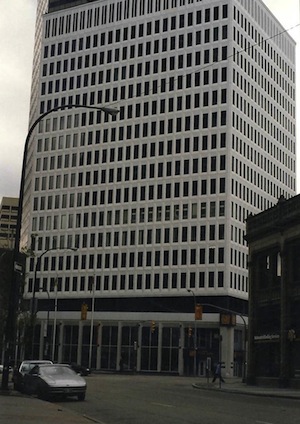 Designed by Smith Carter Searle Associates in association with Moody Moore Whenham & Partners, 220 Portage Avenue was constructed between 1965 and 1966. Originally built for use by the Royal Bank of Canada, the structure is still in use by the bank.

The first two floors made up the branch while the upper floors were designed as office space. The floors, counters, and walls surround the three elevators were made of marble and throughout the banking space as well as the elevator doors were made of stainless steel. The elevators were strategically placed in the centre of the building so that the windows on all walls could offer a panoramic view of Winnipeg. The elevator lobbies were each carpeted and had walls made of mat ceramic tiles. Along with the elevators there were escalators that were also implemented between the main and second level, allowing for access between the two levels of the branch. These escalators were also connected to Winnipeg’s underground walkway system allowing for even more customer access. The interior of the branch was decorated with thirty works of contemporary art, all but three were made by Manitoban artists.