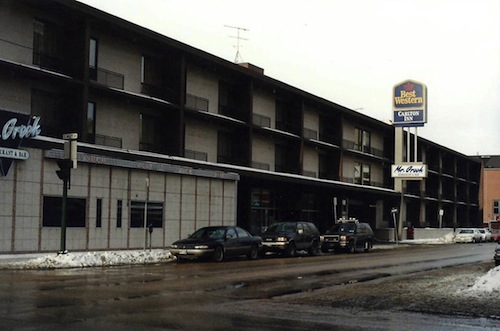 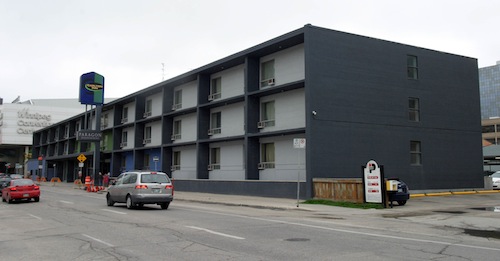 Designed by local architect Lloyd Finch, 220 Carlton Street was constructed between 1960 and 1961. The three level motor hotel was built with a structural steel frame and concrete block walls, faced with brick. Established to serve businessmen and other travelers desiring a downtown locale, the hotel combined the informality of a motel with the luxury of a hotel.

Amenities included two swimming pools and the "Beachcomber Lounge" which was landscaped and decorated in a Polynesian theme, reflecting the Tiki craze of the 1960s. Lounge had furniture imported from Hawaii, Hong Kong, Fiji, Samoa, and Mexico. In order to be sure they were serving authentic food chefs from China were hired in the restaurant and were invited to cook the same food they would eat in China. The hotel also featured The Roaring Twenties Drinking Room where the waitresses would wear clothing from the 1920s.

The low-lying horizontal aesthetic, complete with one balcony per room and integrated parking facilities, is exemplary of mid-century hotel/motel design. The building's site was previously the location of parking for employees of the T. Eaton Company. With the opening of the Winnipeg Convention Centre in 1975, the Inn had a huge rise in popularity. However, by 2013 the Carlton Inn was torn down to make room for a new development.