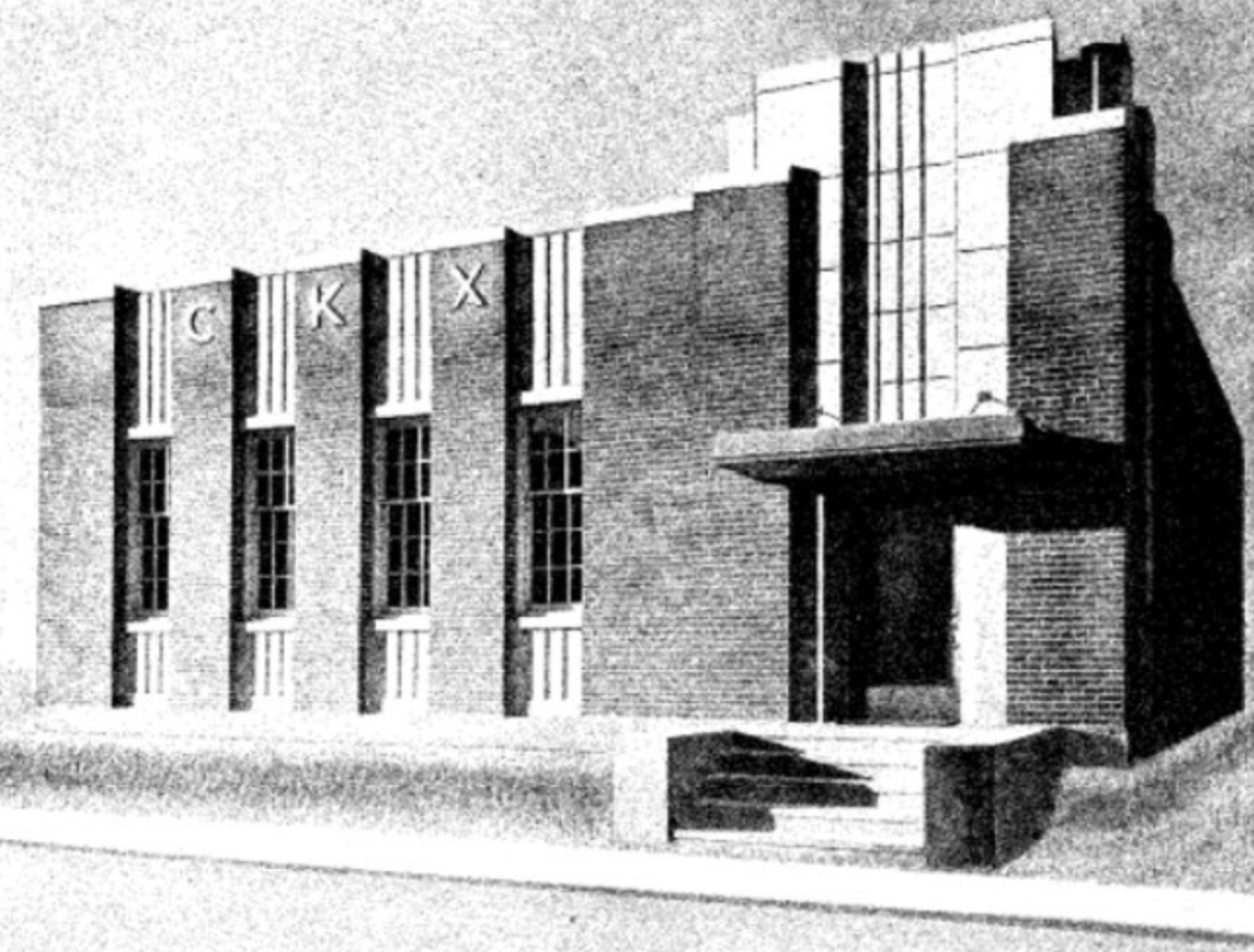 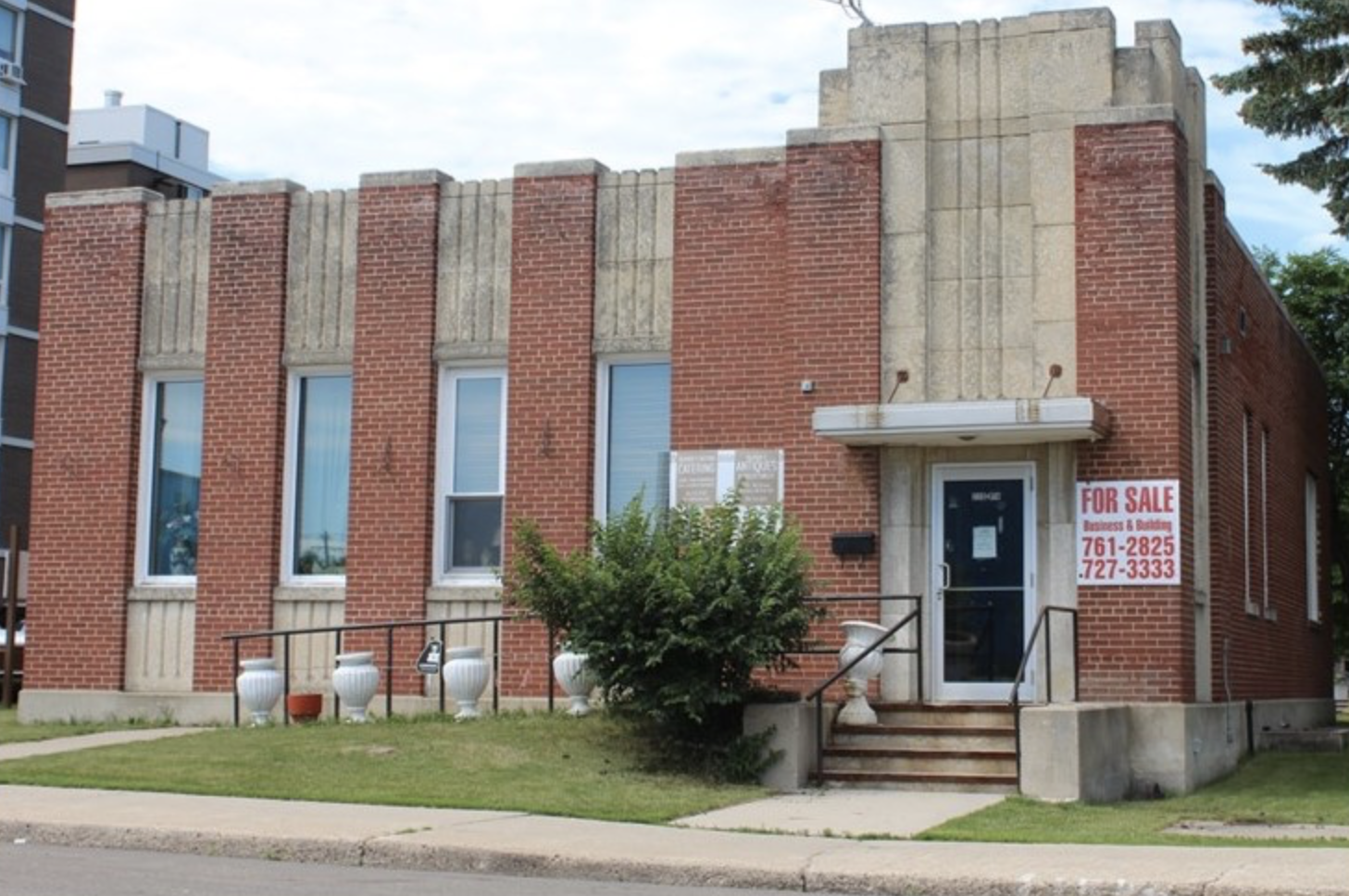 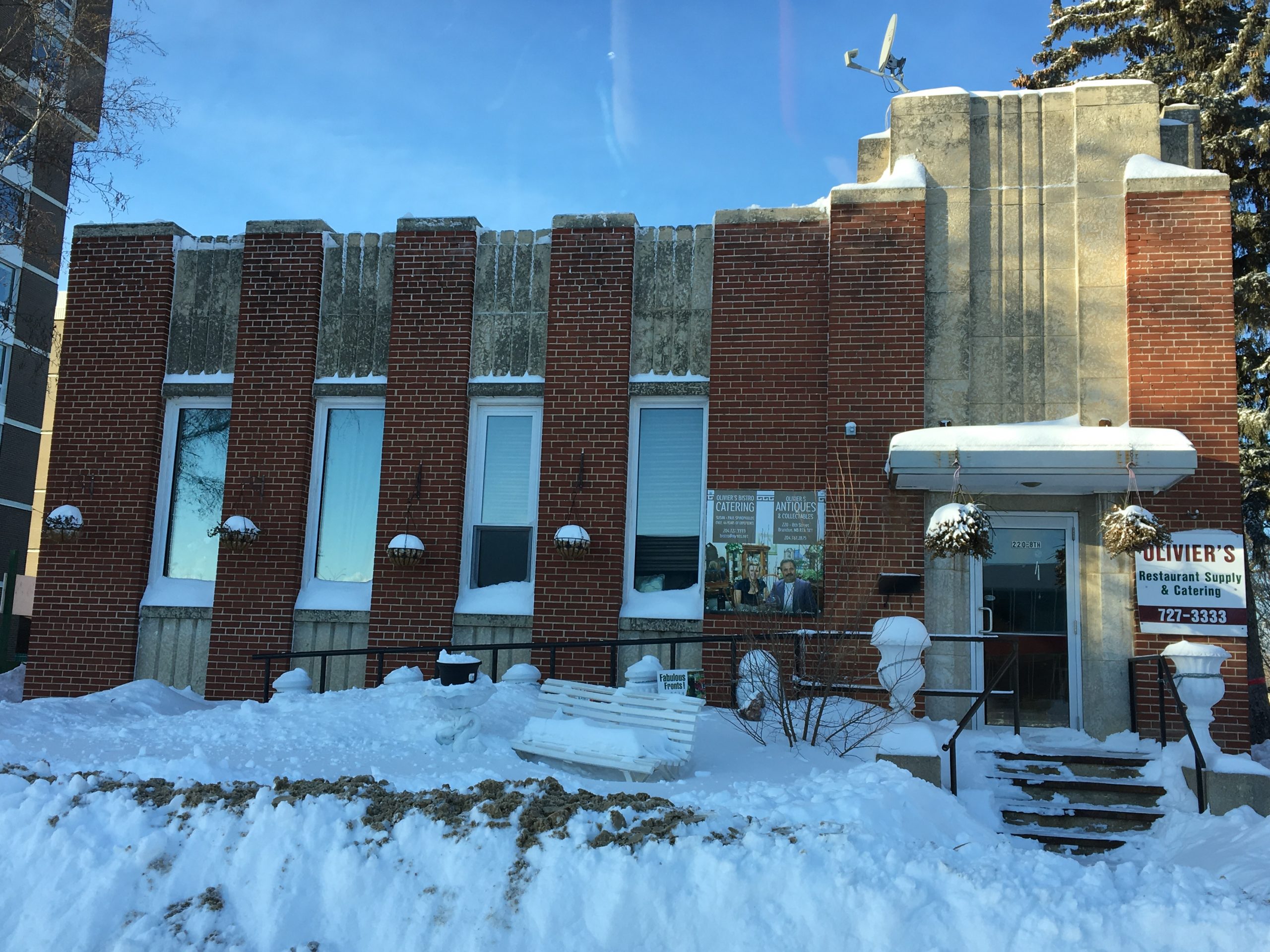 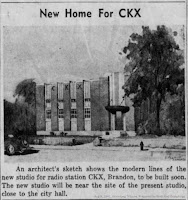 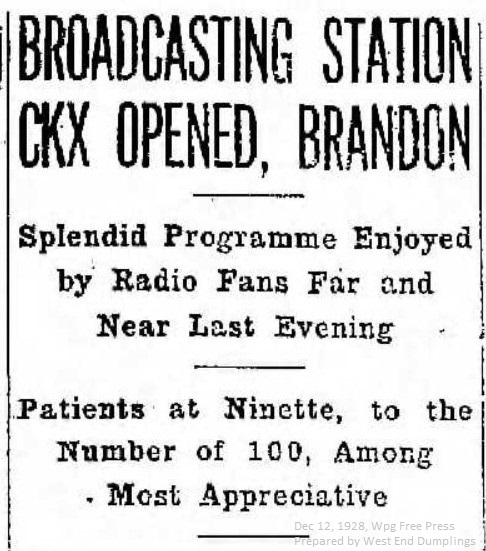 Radio station CKX (Brandon) was created in 1928 by the government-run Manitoba Telephone System as a sister station to CKY (Winnipeg) which was established five years earlier.

Brandon's Board of Trade and most of city council were so supportive of the city getting its first radio station that land next to city hall was donated for its studio and transmission tower. The city also underwrote the $2,500 construction cost.

CKX went on the air on the evening of December 11, 1928. at the end - was carried on loudspeakers inside St. Paul's United Church hall.Initially, CKX broadcast most weekday evenings from 8:30 pm to around 10:00 pm with many of its shows musical in nature.

CKX began broadcasting with a used 500-watt tower from CKY that was later replaced by a new 100-watt tower. Both were located adjacent to the CKX building and city hall. In 1936, programming was brought to a wider audience after the construction of a new transmitter building featuring a 1,000-watt tower on the grounds of the Brandon Asylum.

The relocation of the transmitter allowed the old building to be reconfigured to have more studio space. In short time, as the station moved towards all-day programming, the demand for space increased dramatically.

John Lowry, Manitoba's radio commissioner, approached Brandon city council in early 1938 to discuss an expansion of the existing CKX building further towards Princess Street. Council hesitated at first saying that it did not want such a large, permanent building on city hall grounds.

It was suggested that CKX relocate to another city-owned parcel of land across the street on 8th by the YMCA. Lowery responded that if the station was to relocate that its first choice would be to upper floor suites at the Prince Edward Hotel.

Negotiations dragged on until April 1941 when city council ratified an agreement it had worked out with Lowery and MTS to build the new studio adjacent to the old one. (It was described in one article as extending its footprint more towards the 8th Street sidewalk rather than Princess Avenue.)

The new, 2,300-square-foot studio building was designed by architect Gilbert Parfitt. The architect who supervised the construction of Parfitt's building was C.W.Chiversof Winnipeg. Chivers visited Brandon to look over the site on May 22, 1941 and promised a Brandon Sun reporter that MTS was most anxious to get the building project started. Tenders for its construction closed on July 21 and it is unclear who won the bid.

The single-storey building with full basement is built of brick and Tyndall stone, cost around $17,000 to construct and measures 40 feet by 60 feet. Its exterior contains many elements of Art Deco design such as its stylized, geometric ornamentation.

The building contained two studios. "Studio A" could host a small orchestra or multiple performers and had an adjoining observation room that seated up to 40 people. "Studio B" seated two or three people for interview shows and news reports. Both studios faced a main control room and were connected to a performer's lounge.

The building's interior had other nods to art deco. It was described in one report as "finished in attractive two-tone pastel shades with natural wood trim (that) presents the combination of smart appearance and ideal broadcast facilities."

The basement was for storage and the mechanical rooms that included the central air conditioning system needed to keep equipment and performers cool.

It turns out that the 99-year lease wasn't necessary as the provincial government got out of the radio business in 1948. CKX was sold to a consortium of businessmen under J. B. Craig called Western Manitoba Broadcasters Ltd..

The company was awarded a license to operate a TV station in Brandon in 1955 and soon after began construction of a combined radio and TV studio building on Victoria Avenue. When it opened in 1957, CKX bid farewell to its old home.

On August 1, 1957, the Brandon Health Unit, the city's public health department, took over the old studio building and operated from there for the next fifteen years.

This building has had a few close calls with the wrecking ball.The first came in 1962 when Mayor S. A. Magnacca floated a plan for a new city hall building he wanted to see constructed adjacent to the old building. Anxious to get the project started, he called for the preparations - including razing the Heath Unit building - to begin as soon as possible.

In the end, Magnacca's plan did not get far and the building lived to see another day.

When the old city hall was finally demolished in March 1971, the Health Unit building had to close soon after as it still got its steam heat from its older neighbour. It appears the intention was to tear down both buildings at the same time, but for reasons unknown the demolition plans got split.

Soon after the city hall demolition two new subsidized housing blocks, Princess Towers and Princess Apartments, rose on the site. In 1973, the redevelopment of the block was complete when Kinsmen built a park along the Princess Avenue frontage. At this point, the former Health Unit building was supposed to be demolished to allow for a driveway into the park but the process was held up as the city's application to receive a federal grant to cover the cost didn't pan out.