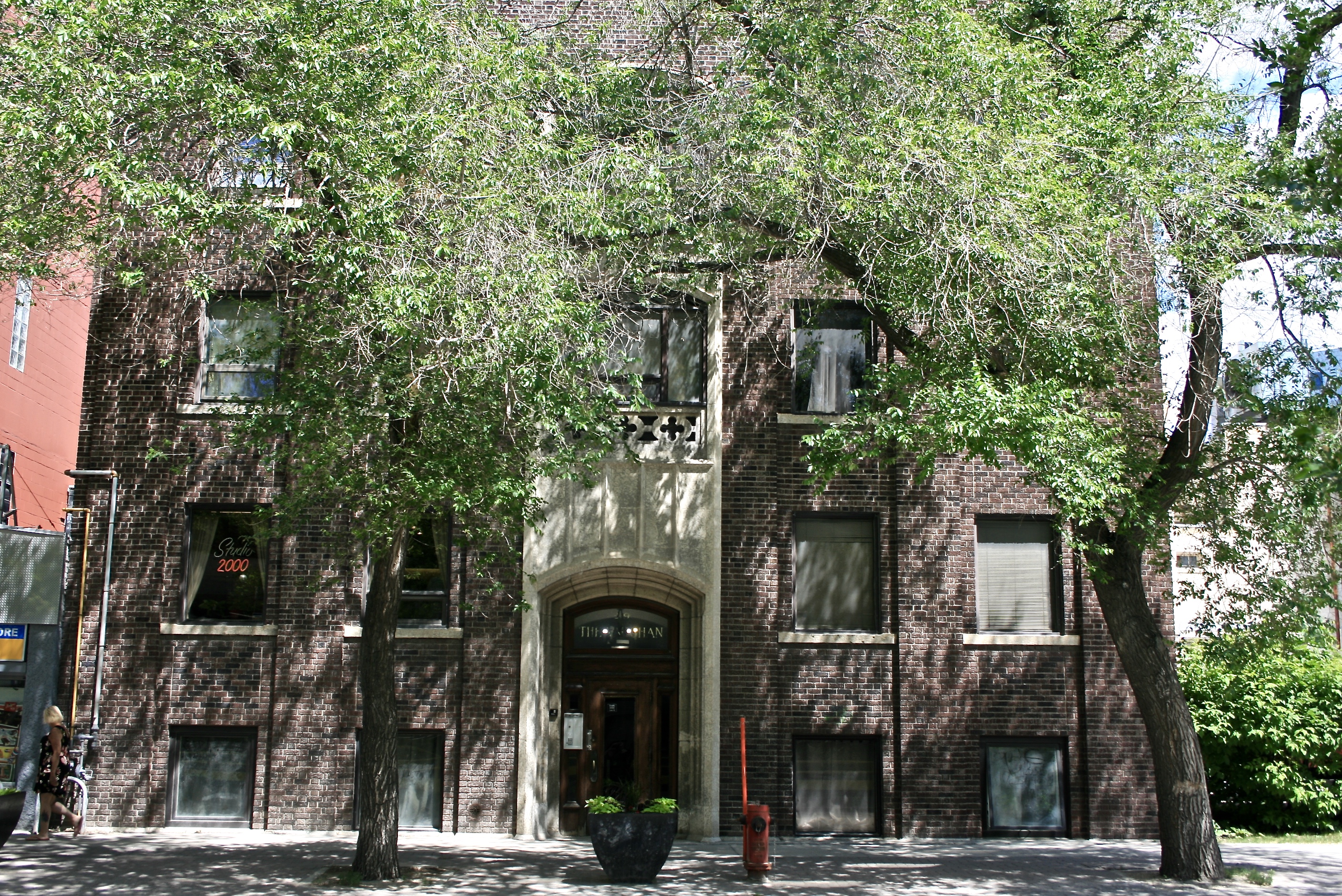 The building was made of a brick exterior with stone accents. The building's facade was designed to be symmetrical with a central entrance located on Vaughan Street. The windows sills are made of white stone which contrasts with the dark brick. The entrance to the building is also decorated with carved stone which extends up three of the four storeys.