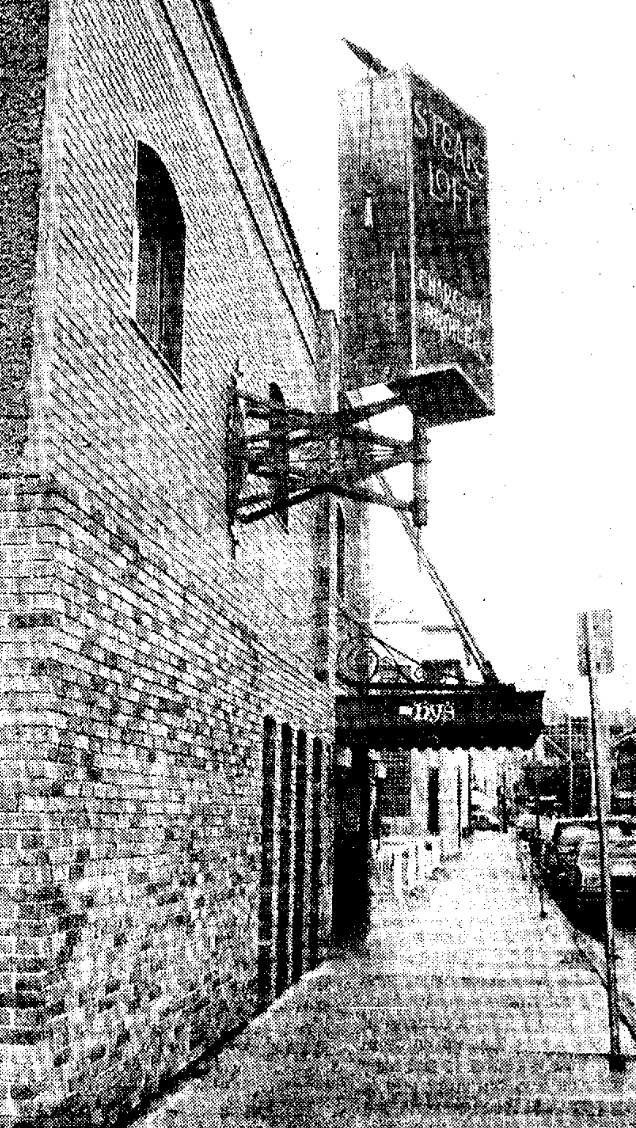 Now demolished, 216 Kennedy Street was constructed in 1946 by Commonwealth Construction as the Kobrinsky Clinic. The clinic was opened by five of the Kobrinsky brothers, a family of doctors and dentists while the main floor of the clinic was used as retail space by a family member, Claude Hyman who owned Hyman Surgical Supplies.

In 1958 the clinic was renovated to become Hy's Steakloft. The two-storey building was clad in brick with few windows. This feature creating (in the words of long-time Winnipeg Free Press restaurant reviewer Marion Warhoft) a sense of a "dark, clubby cocoon" within the upper floor restaurant. The Hy's steak house chain was owned by Hy Aisenstat, who established his first restaurant in Calgary in the early 1950s. The Winnipeg Hy's Steak Loft (co-owned by partners from Edmonton) was the chain's second location. The building once also played host to Winnipeg book store Mary Scorer Books on its main level. This work was done by Green Blankstein Russell.

As success grew for the restaurant, Hy's Steakhouse had an addition added to the rear of the restaurant in 1964. The addition was designed by Waisman and Ross architects and measured 44x35 feet. The two storey addition was made with concrete blocks and were designed to blend seamlessly into the original building.

After great success at this location Hy's Steakhouse moved and the building was vacant and eventually demolished in 2005. Today the lot is used to expand a parking lot on the corner of Kennedy Street and St Mary Avenue.