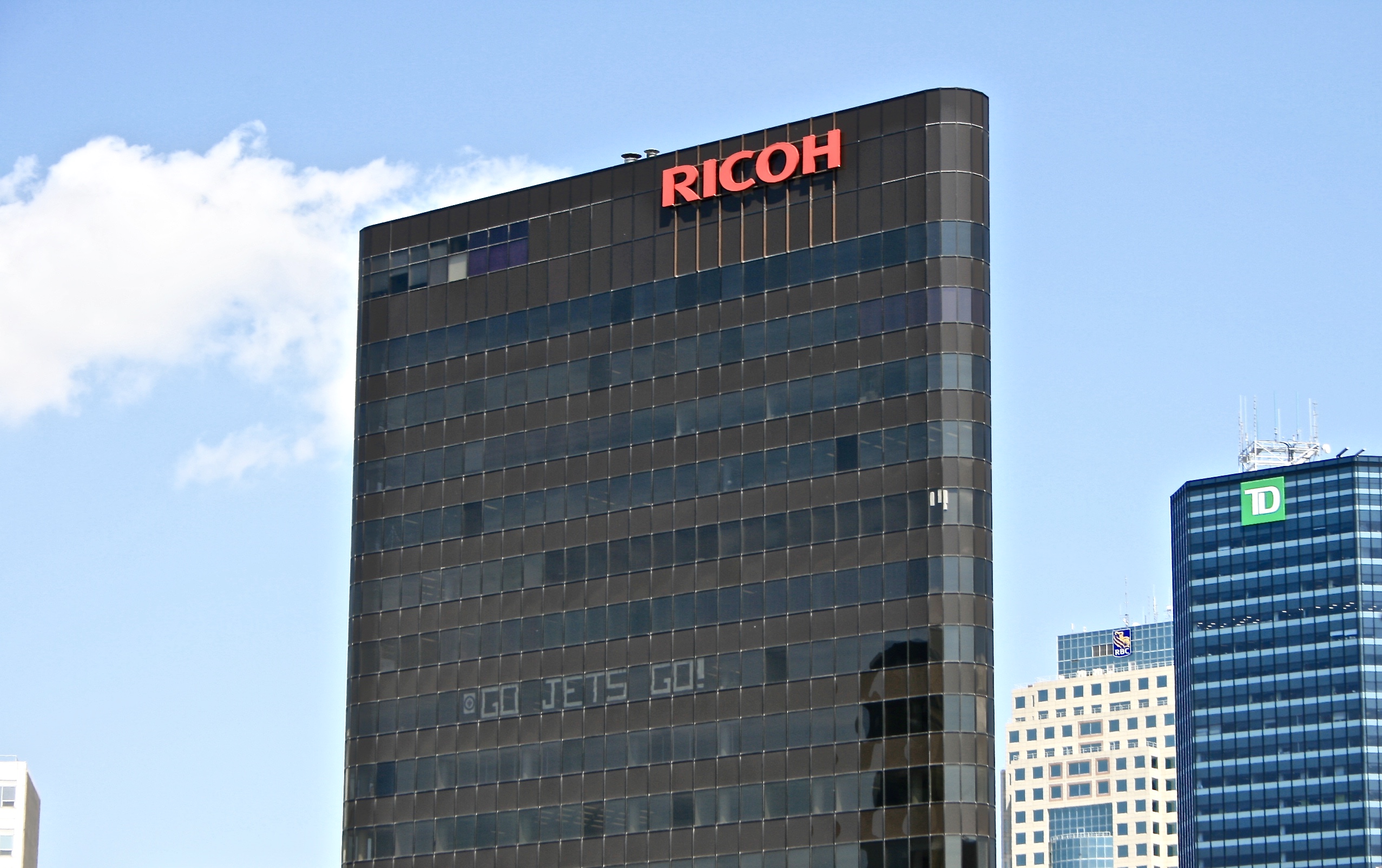 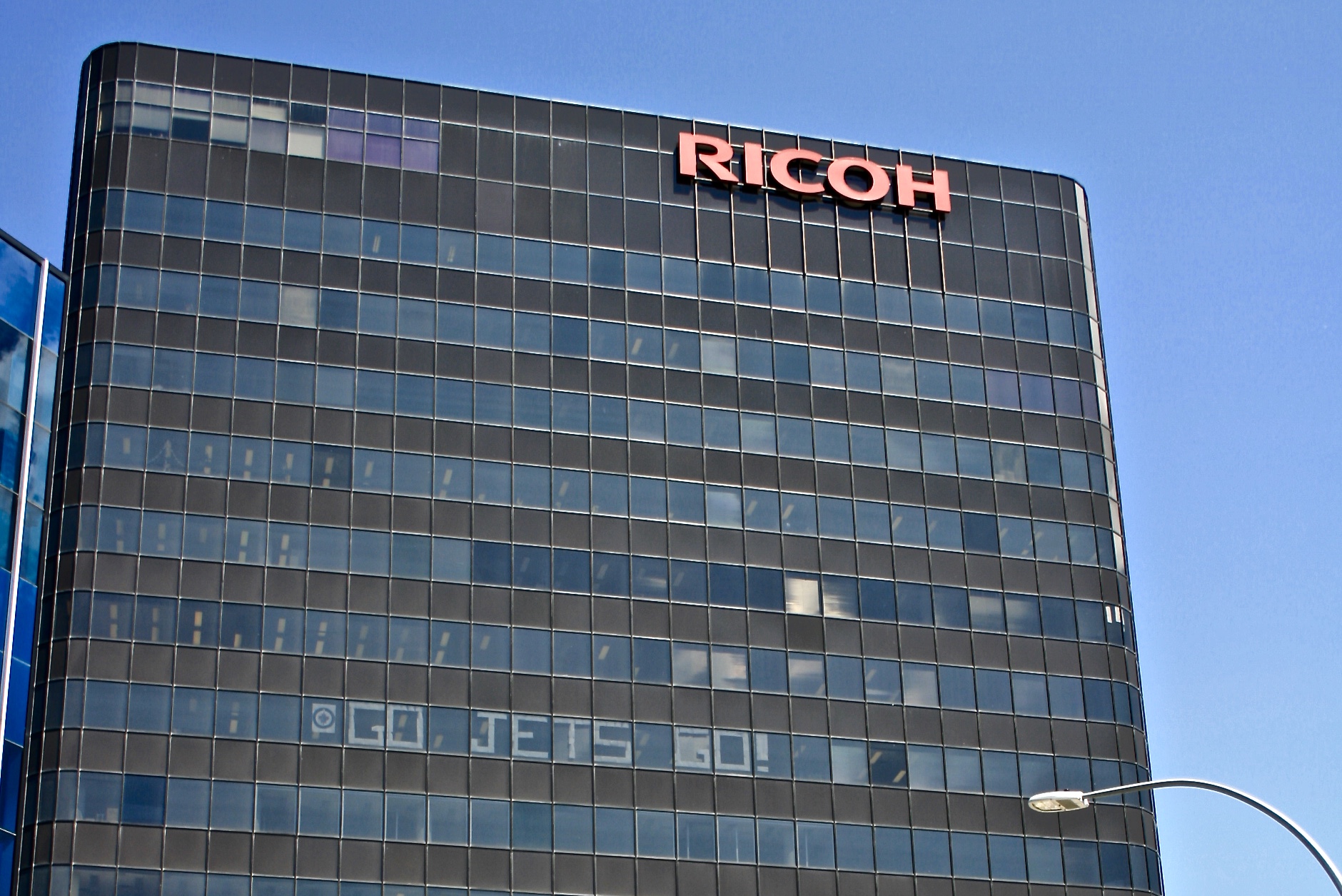 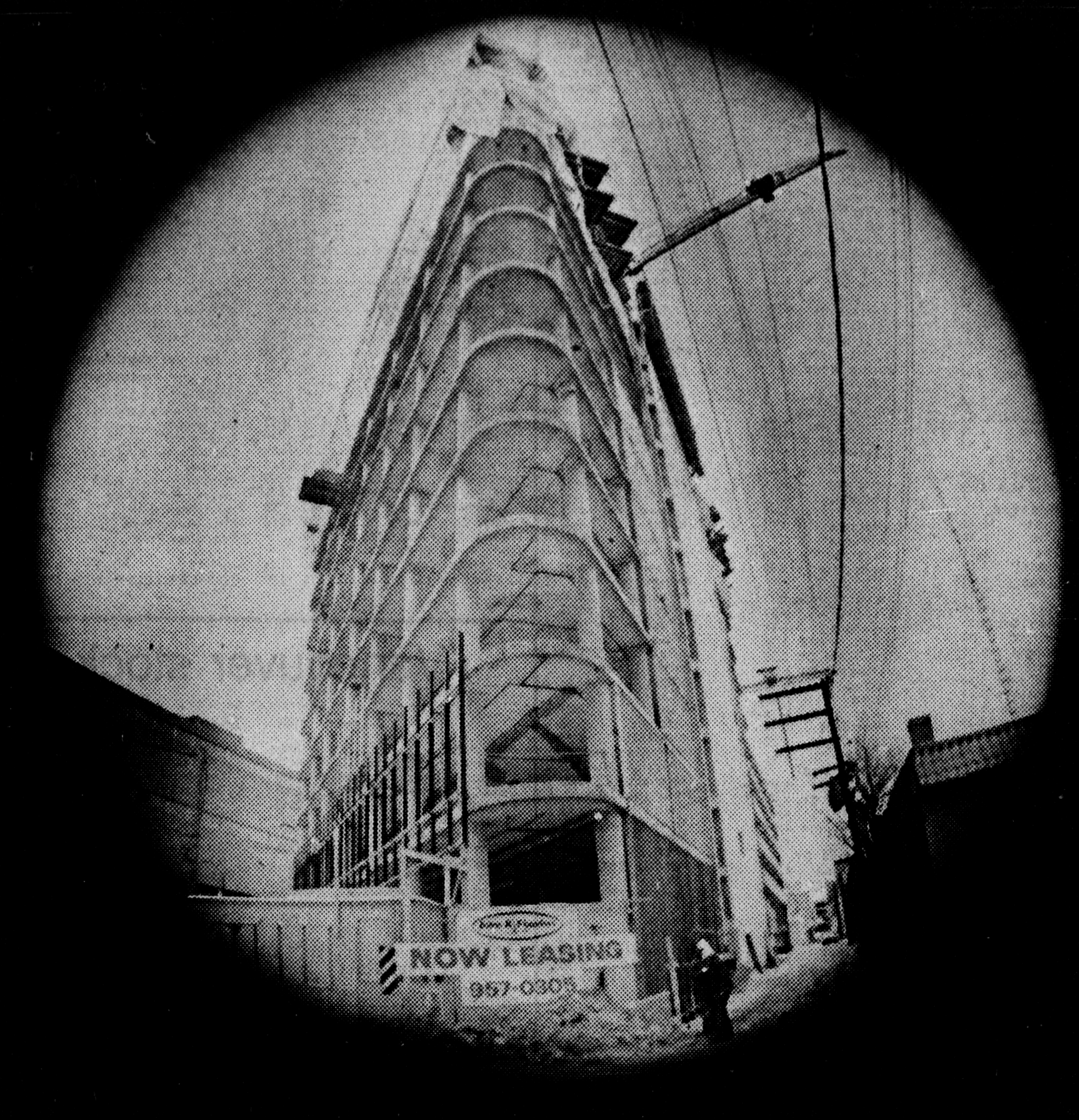 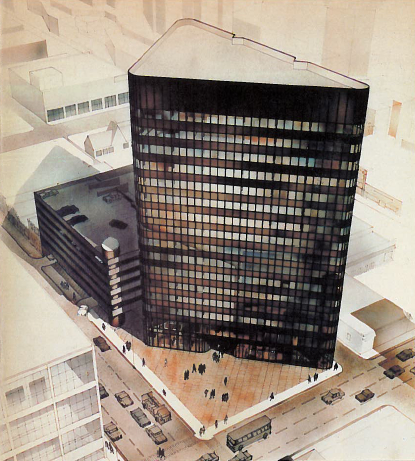 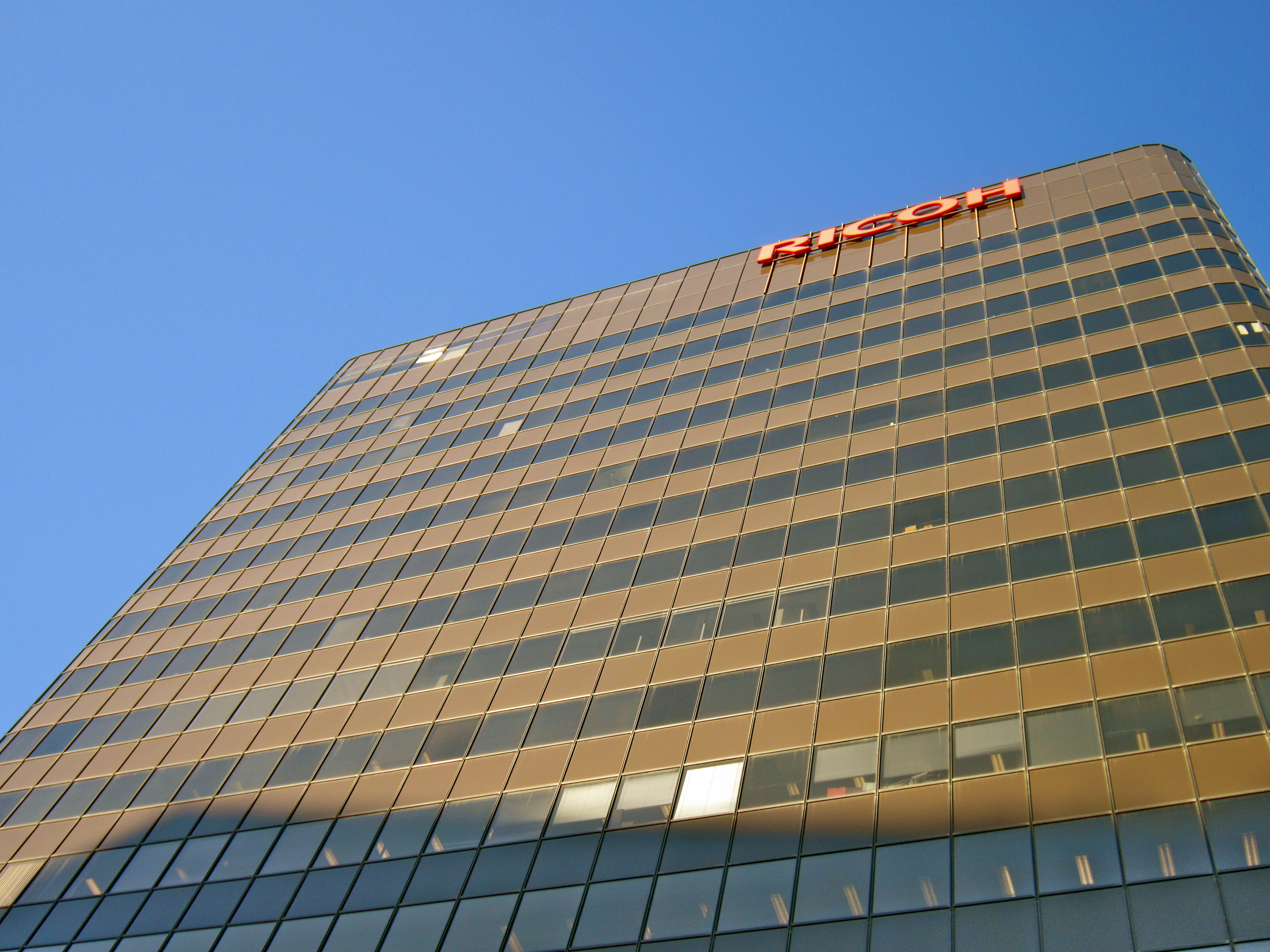 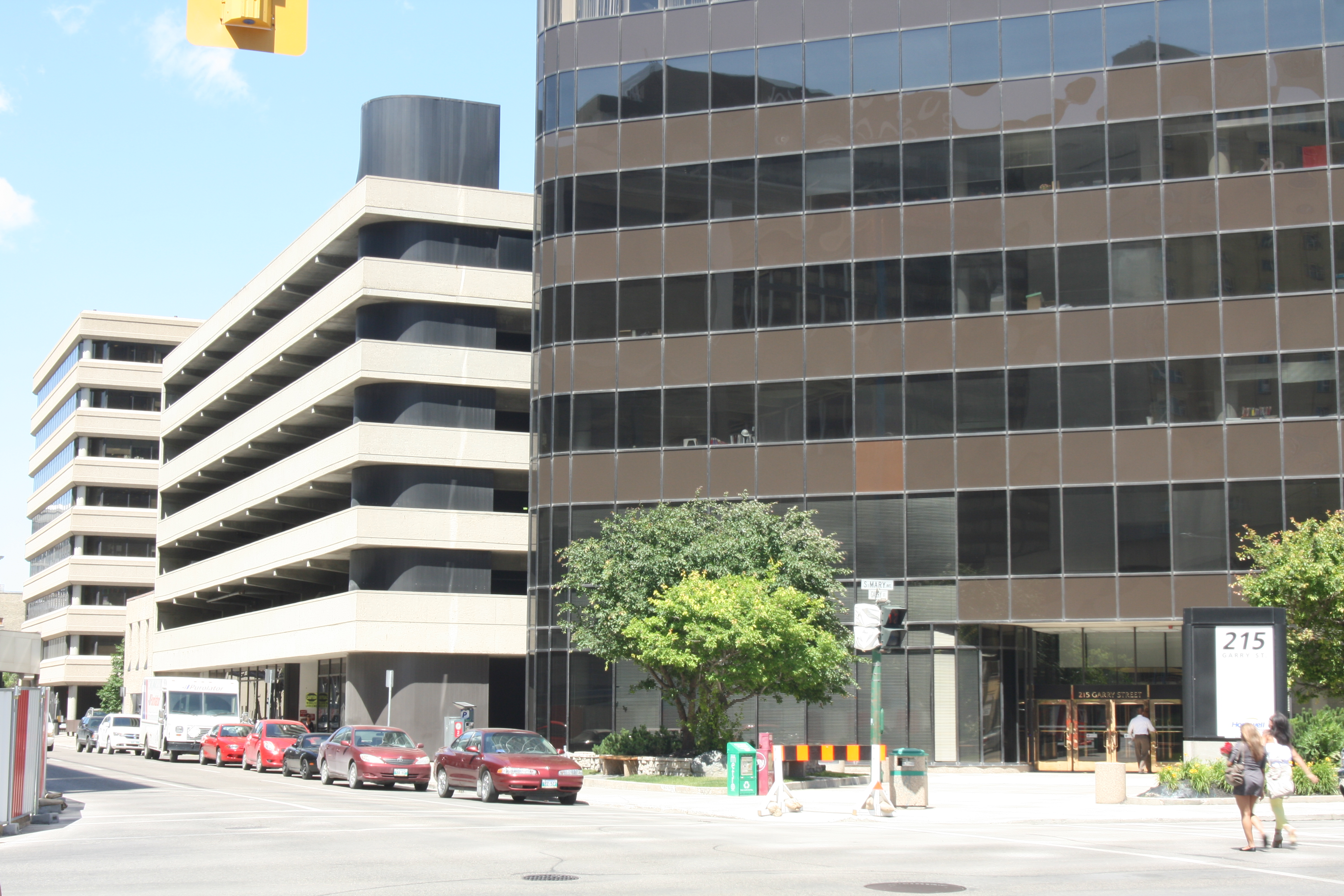 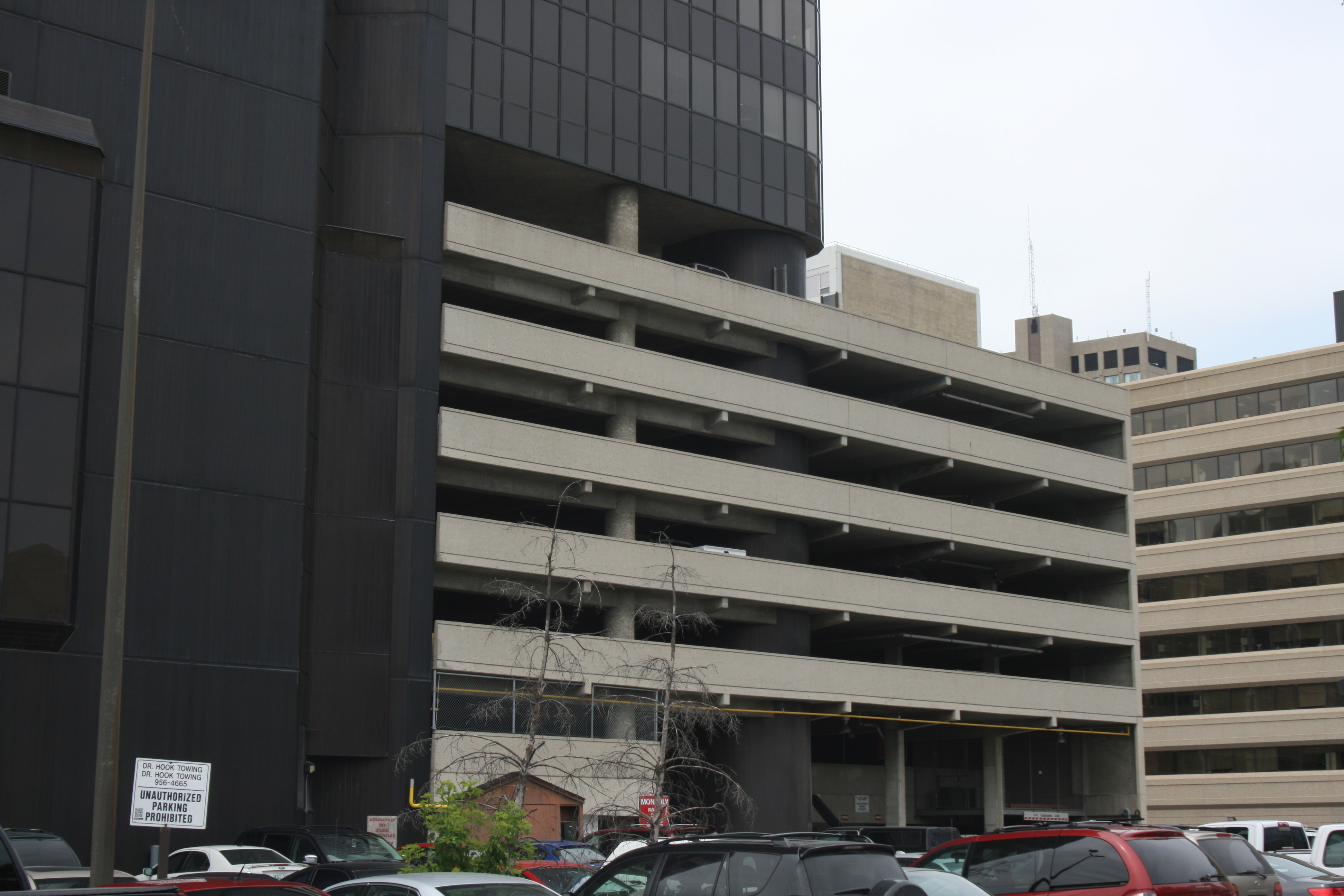 Triangular in shape, the design of 215 Garry Street is further dramatized through the use of dark reflective glass cladding. This element is indicative of the building's era: reflective glass sheathing gained great architectural popularity in the 1970s and early 1980s. The facade here is subtly detailed, featuring alternating horizontal bands comprised of black spandrel panels and fenestration. The curves of the triangular form, the structure's dark tone, broad and sleek surfaces lent a futuristic late-modern character than maintains a similar effect to this day. The sixteen storey office building is equip with five elevators, one of which reaches the levels of the parkade.