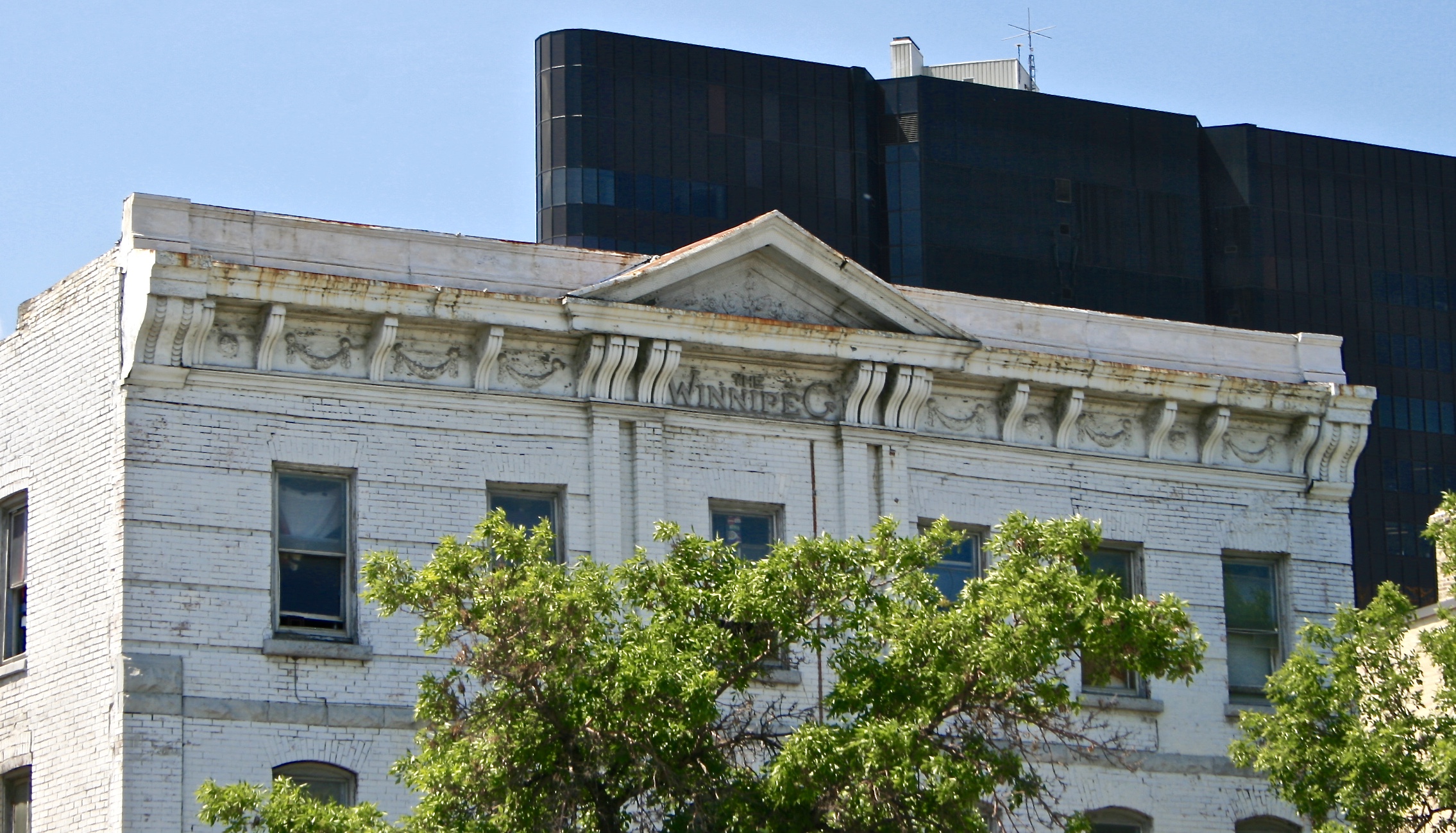 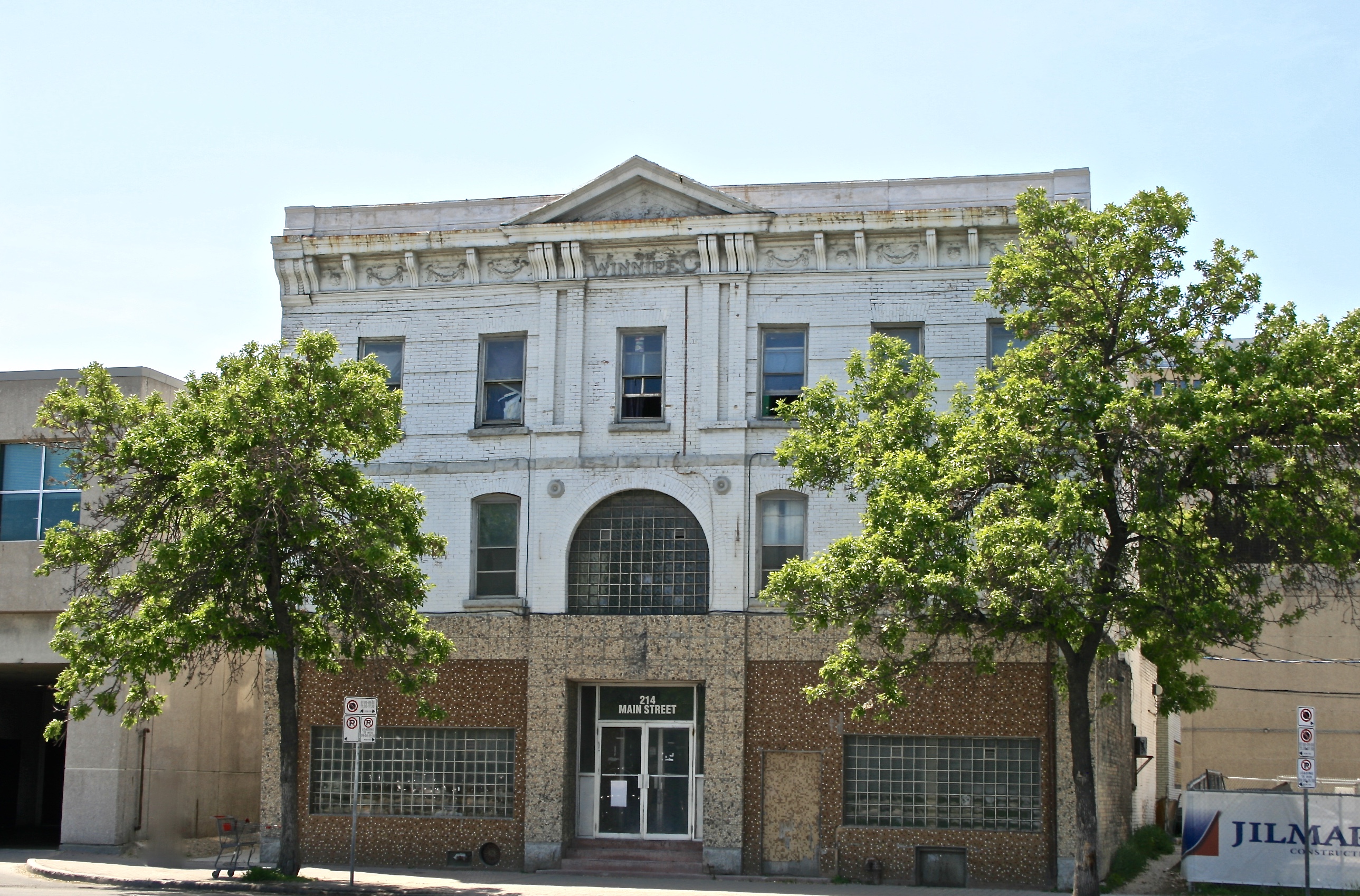 In 1872 Charles Garratt acquired a lot of land from the Hudson's Bay Company. This land would be the future site for 214 Main Street. In the Summer of 1872 a two storey, L shaped frame with a false front was built, the Garry Saloon. The owner of this buidling was James S. Wheeler. Later it was commonly referred to as the Garry House or the Garry Hotel.

Wheeler partnered up with Thomas Montgomery and ran the hotel together. The pair decided to re-open the hotel in 1881 as the Winnipeg Hotel. The facade of the new hotel was done in a native brick while the quoins were done in a red brick to contrast. The asymmetrical main entrance to the hotel was paired with an asymmetrical wooden balcony overlooking Main street. The windows on the facade were set in arches as well. The 57 room structure also housed a well stocked bar, dining room, sample rooms, and three parlours. During this time Montgomery became the hotels live-in manager. He'd moved his wife and four children into the hotel as well.

By 1883 the Wheeler-Montgomery partnership dissolved. Montgomery became the hotels only owner until 1893 when he invited his brother Oswald to become his new business partner.

In 1895 architect Walter Chesterton was asked to design a $20,000 renovation for the hotel in order to modernize it. Using a classical revival style. The renovations included a new brick veneer to the facade, the replacement of the windows, as well as the removal of the wooden balcony in exchange of a metal balcony. Chesterton’s redesign of the hotel changed it form a utilitarian, saloon-like hotel to a much more cosmopolitan hotel. In 1902 Montgomery purchased the dominion hotel, just to the north, with hopes of expanding the hotel. However this was never carried out as the two brothers decided to focus their efforts elsewhere, selling the Winnipeg Hotel.

The 1904 owner of the Winnipeg Hotel was Maurice Noakes. That same year Samuel Hooper was hired for a redesign as well as a four-storey addition to the rear of the building. This addition would expand the hotel to 80 rooms.

In the 1930s the facade of the building was painted white, and in 1959 the main entrance was remodelled and the balcony was removed.