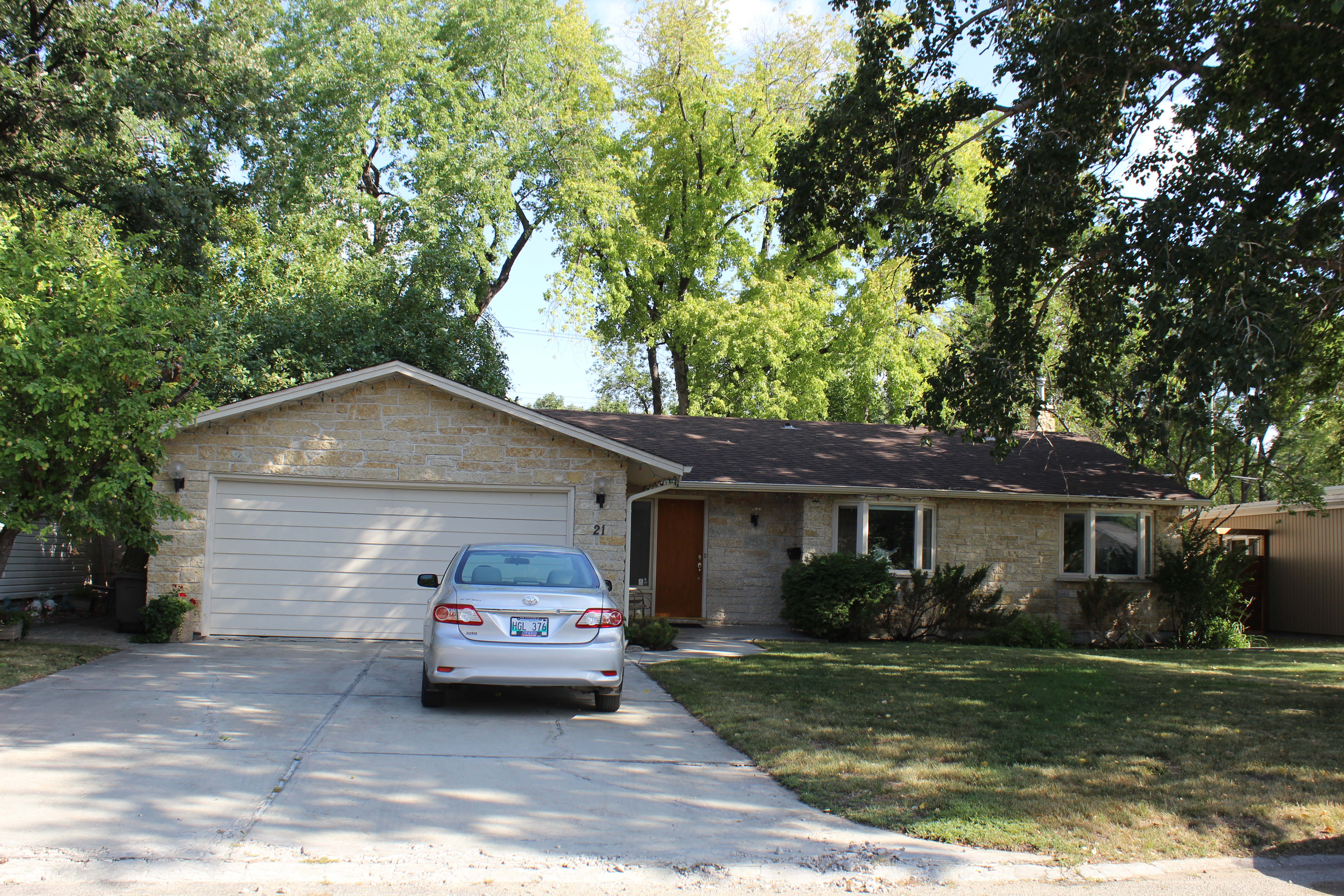 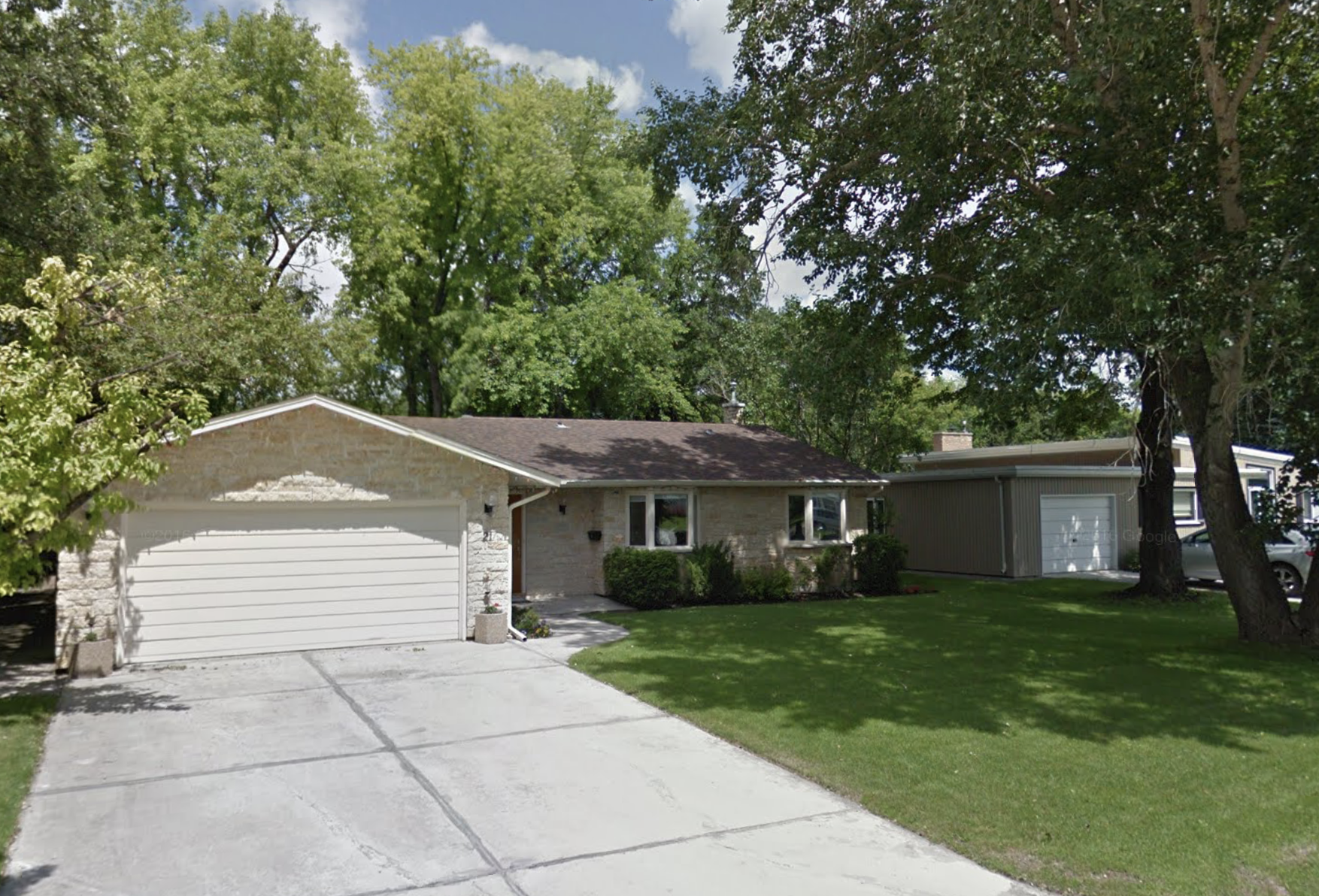 This lot backs onto the Windsor Park Golf Course, as do several of the homes in Niakwa Park. For this reason, Zunic wanted to place one of the larger and more expensive homes on the lot. To his dismay, the original owners had chosen the least expensive design from the portfolio. This led to a disagreement between the clients and the architect. Ultimately, they reached a compromise: the clients allowed for the addition of both a garage and a breezeway to their home.

At some point, the original garage and carport must have been combined or torn down to create a two-car garage.