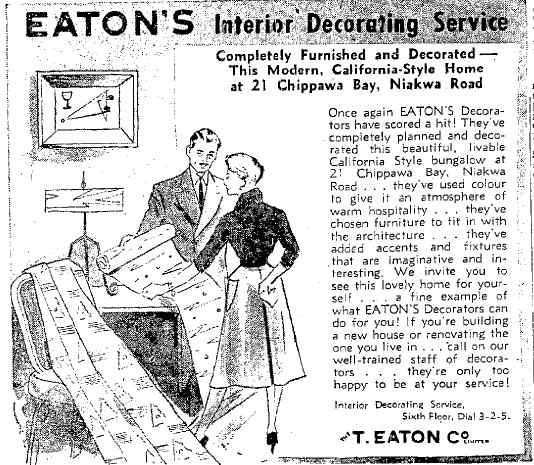 An early Niakwa Park show home, 21 Chippawa Bay was featured in the 1956 August issue of Canadian Homes & Gardens. The magazine called the home “a lesson in ingenious livability.” The home’s three bedrooms are located to the back, separated from the living-dining area by an entrance hall and bathroom.

21 Chippawa Bay was completely decorated and furnished by Eaton’s Interior Decorating Service. A 1955 advertisement in the Winnipeg Free Press proclaimed that the decorators at Eaton’s had “scored a hit” with this home. The colours chosen for the interior created an “atmosphere of warm hospitality” while the furniture was meant to work with the architecture to create a beautiful and livable bungalow.