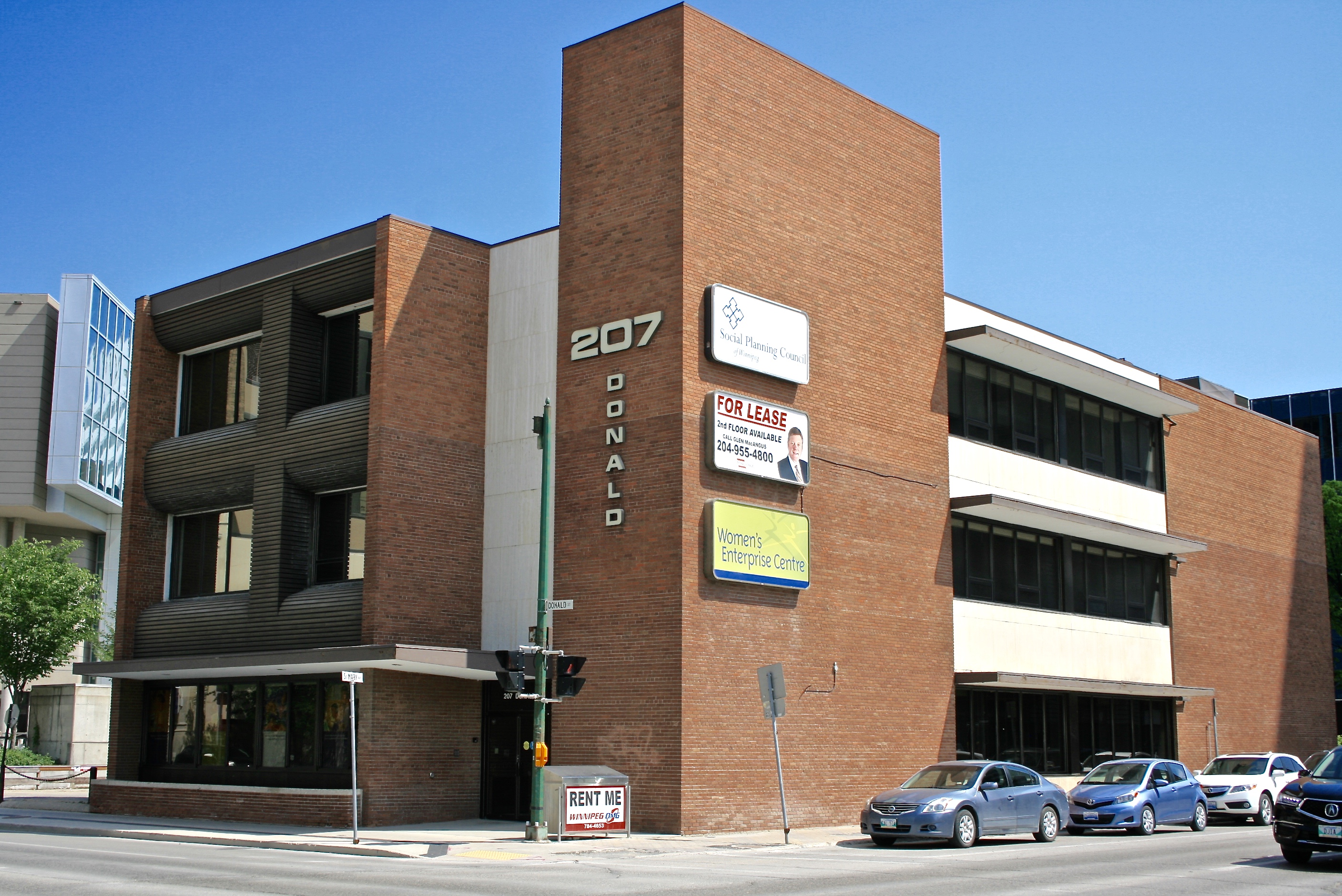 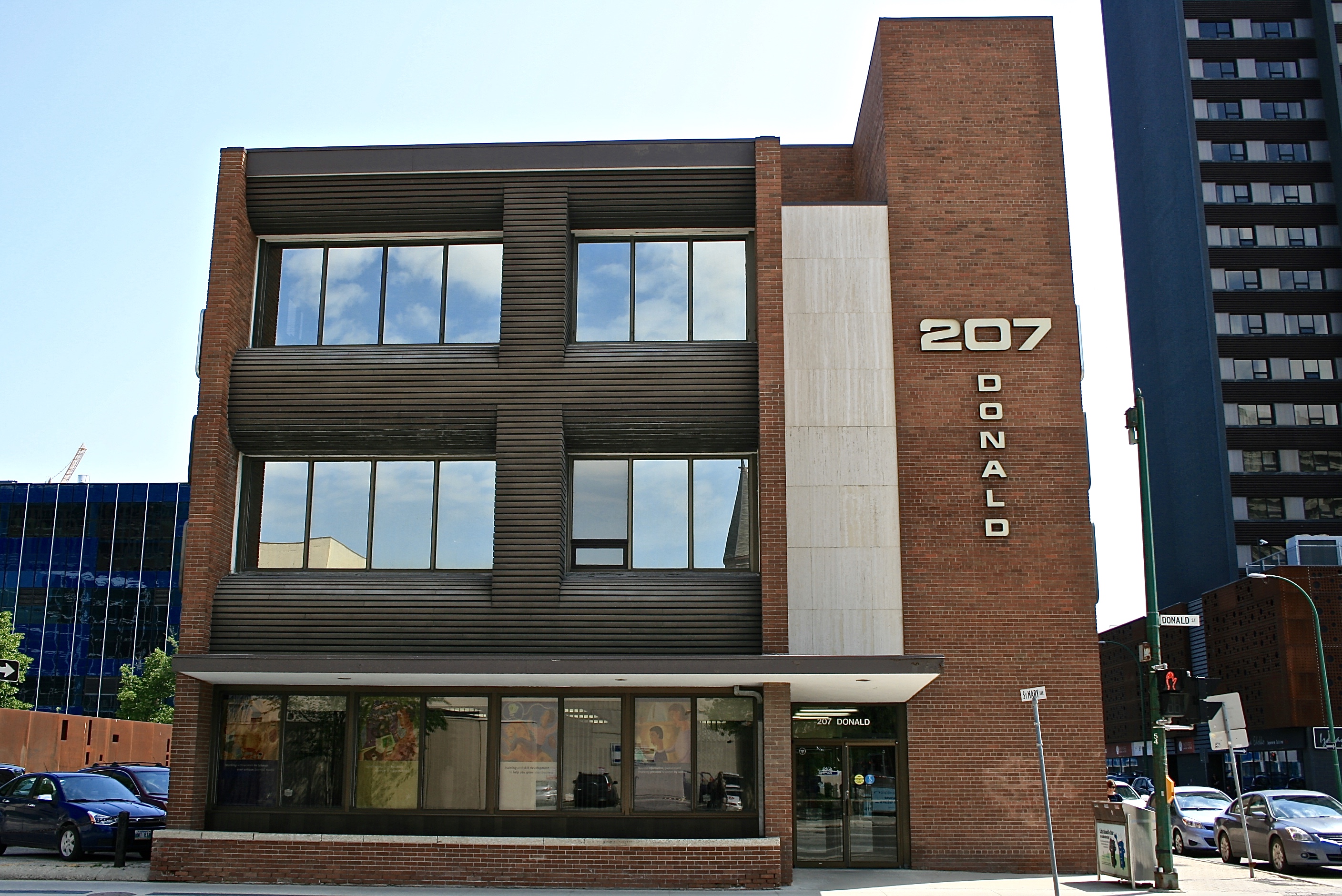 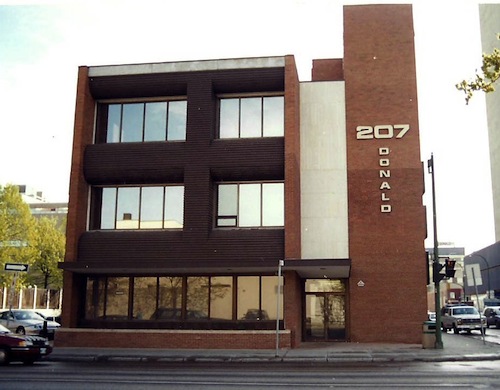 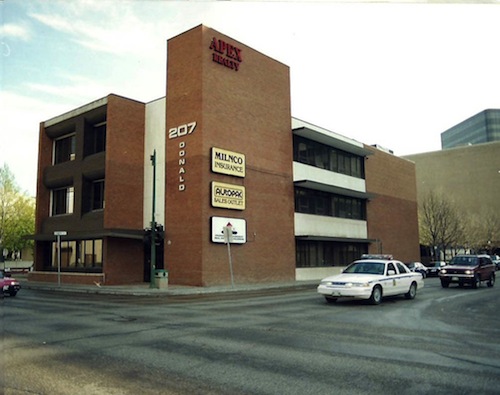 The building located at 207 Donald Street was designed by local architects Moody and Moore and was constructed as the Winnipeg head offices of the Monarch Lumber Company in 1955-56 for an approximate cost of $300,000.

Provisions were made at the time of construction for 30-40 parking spots at the front of the building. The structure was designed to accommodate a future addition of a third floor -- less than a decade later, in 1964, this addition was made. The subtle shift in the colour of the brick, between the existing second and third floor addition, remains evident.

Originally the front elevation featured a large expanse of louvers, completely screening the glazing. Other changes include the removal of the original sign (which ran along the top of the primary awning by the front entrance, in a period script) and the addition of the large address sign on Donald Street.

The building was later sold to the Wawanesa Mutual Insurance Company Building, and has since been partitioned to house several insurance offices.

When the Centennial library was being designed many of the buildings on the block were purchased and demolished. 207 Donald managed to escape the bulldozer and remains as the only other building on that city block.