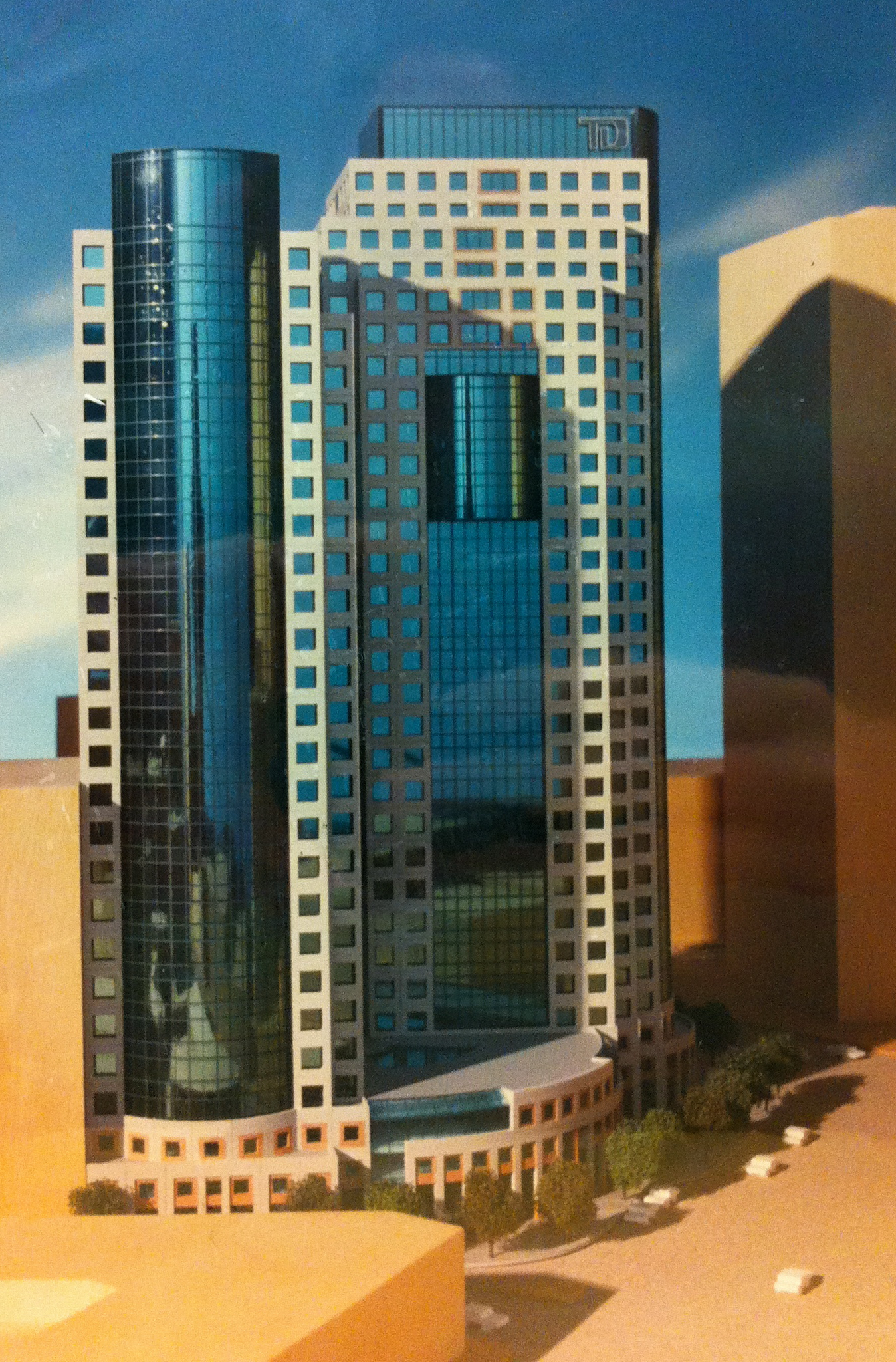 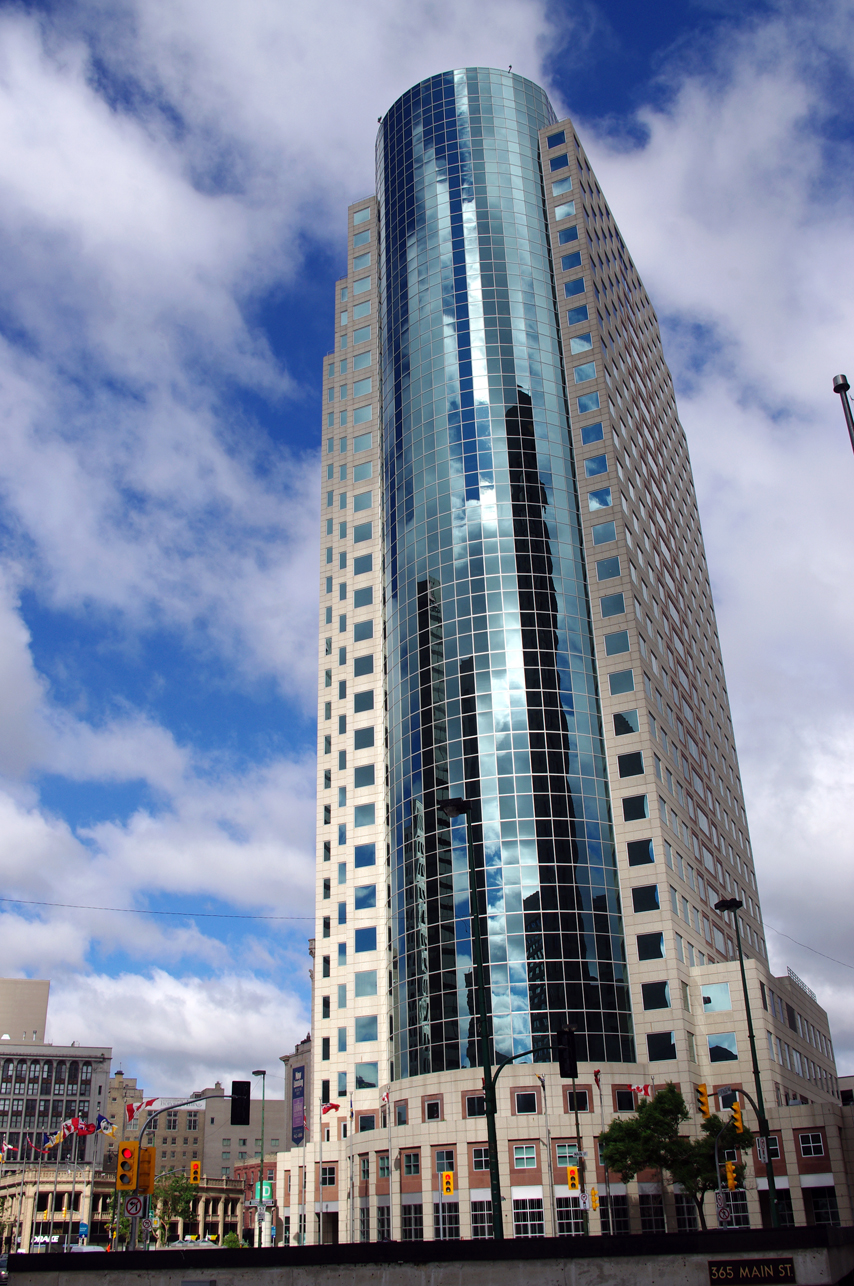 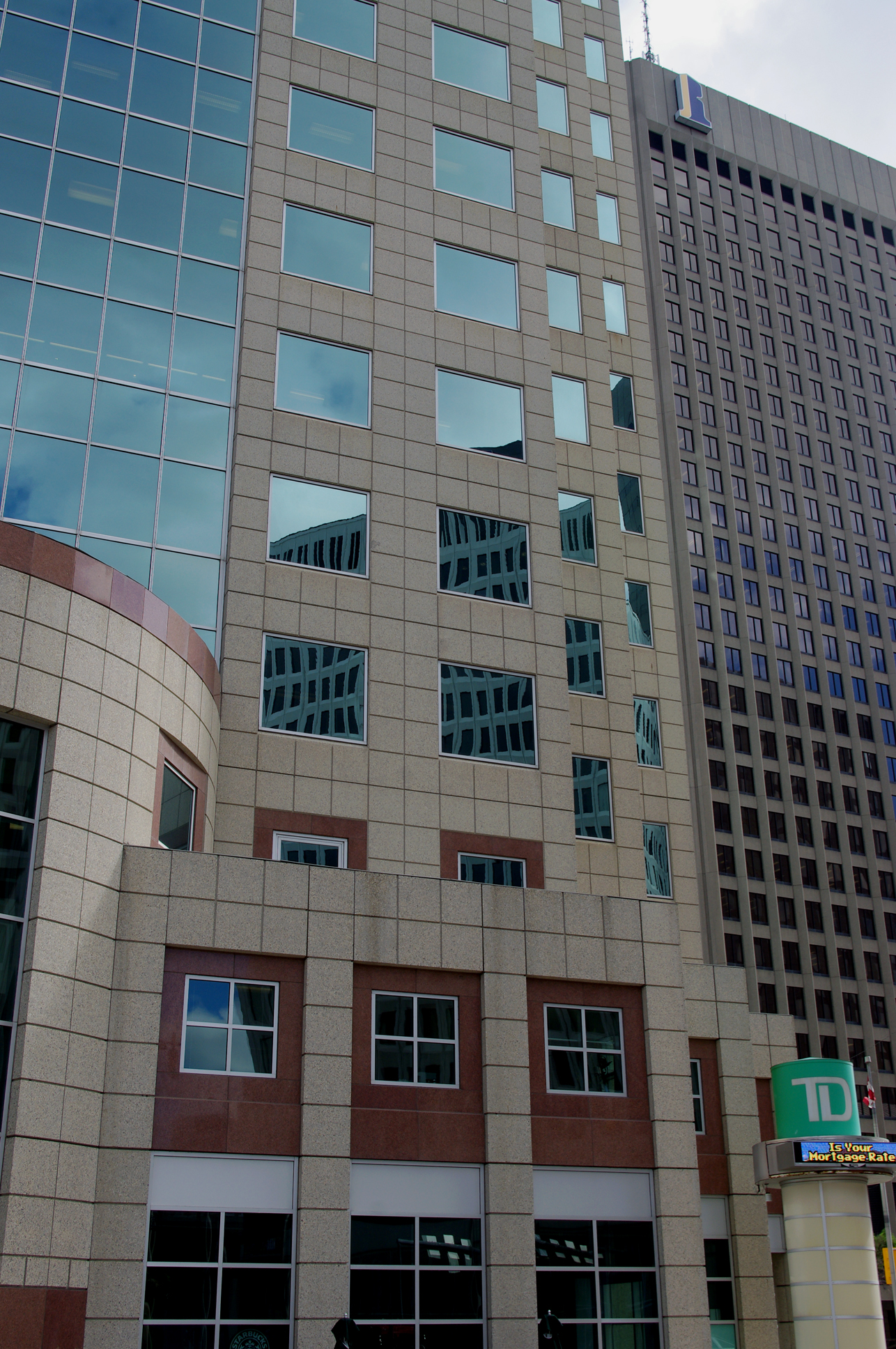 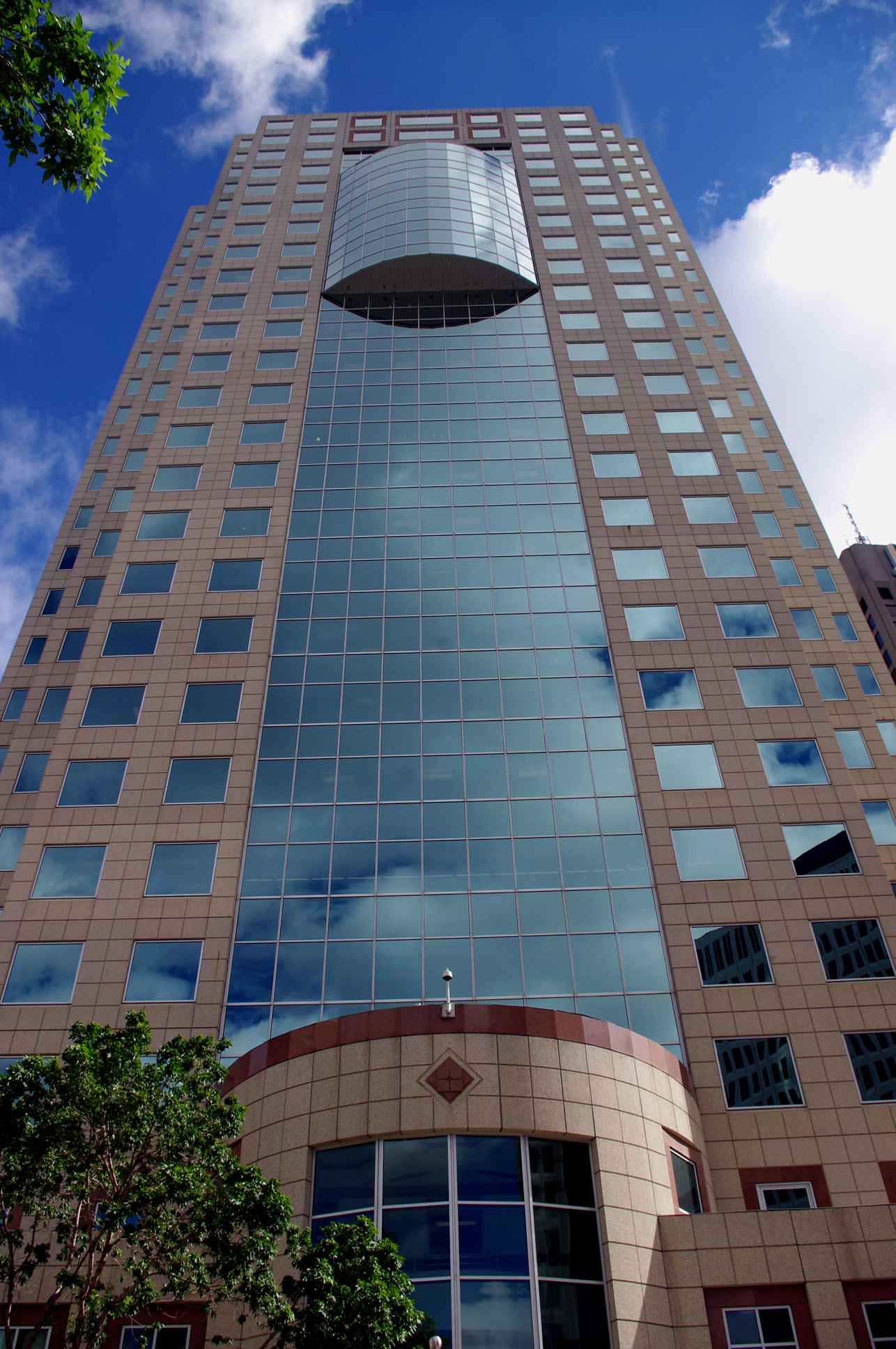 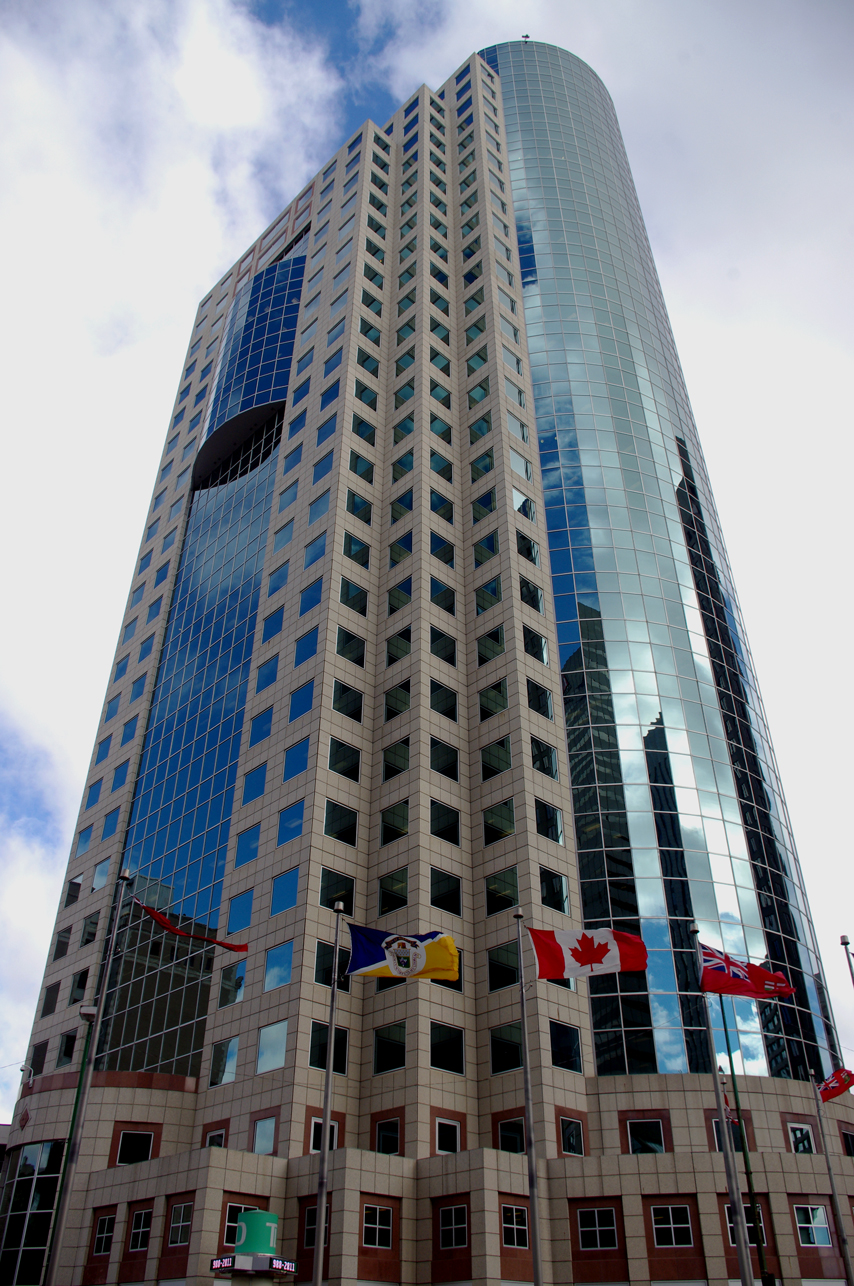 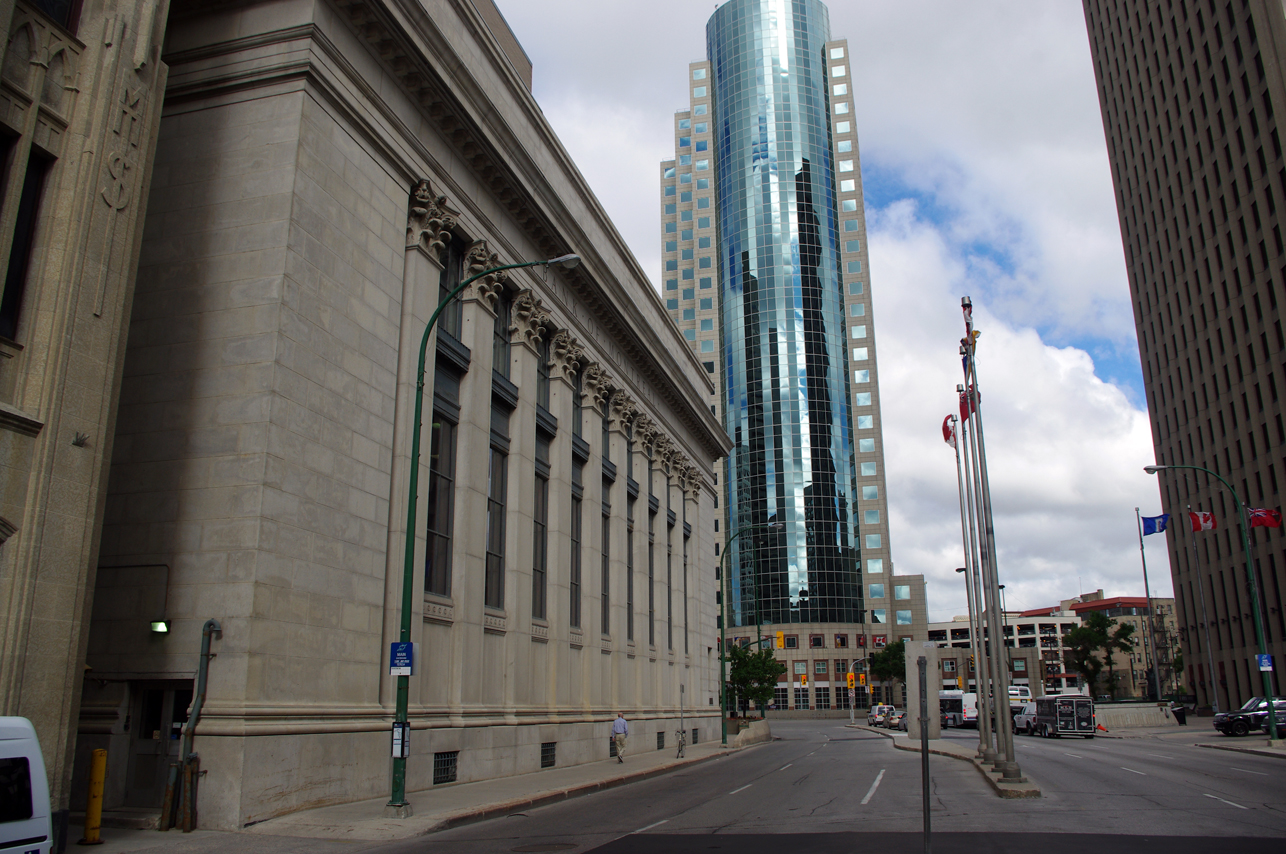 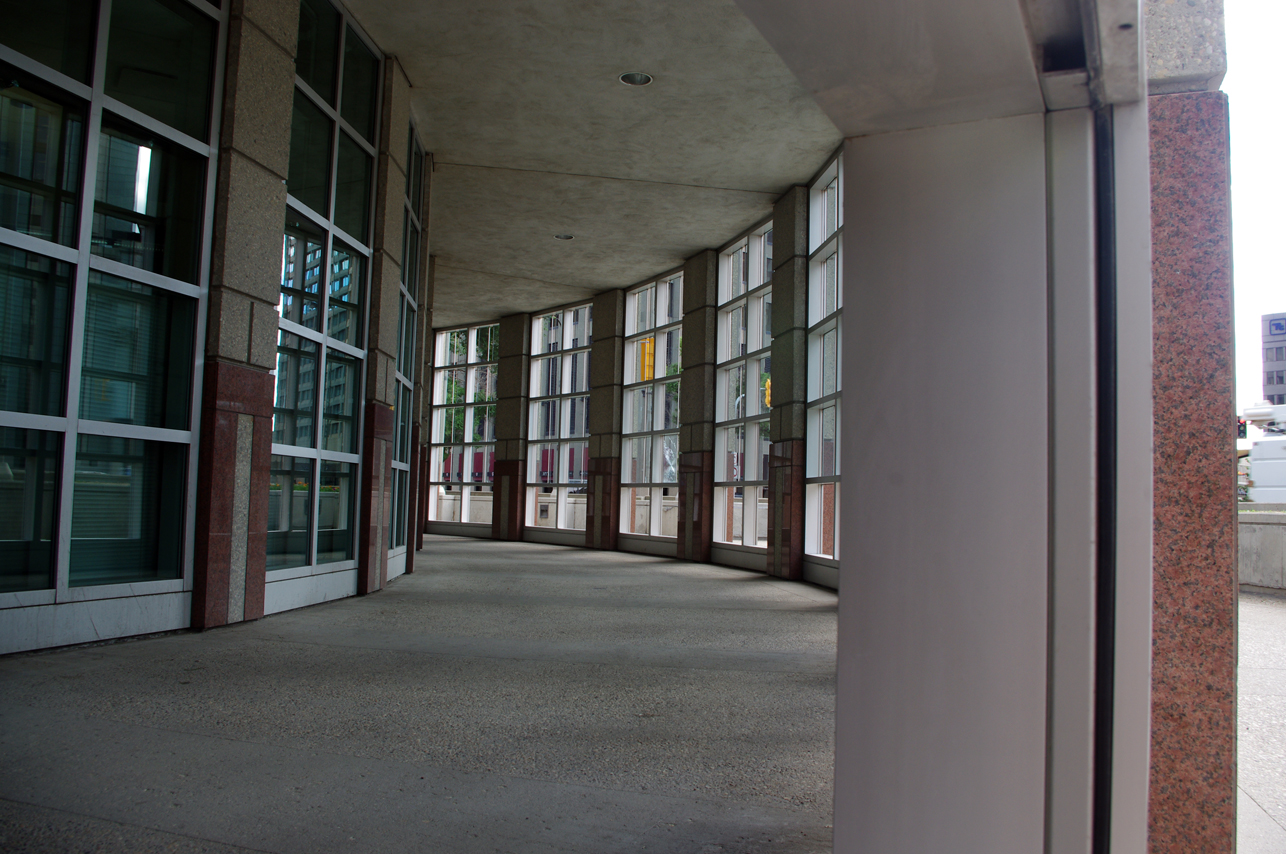 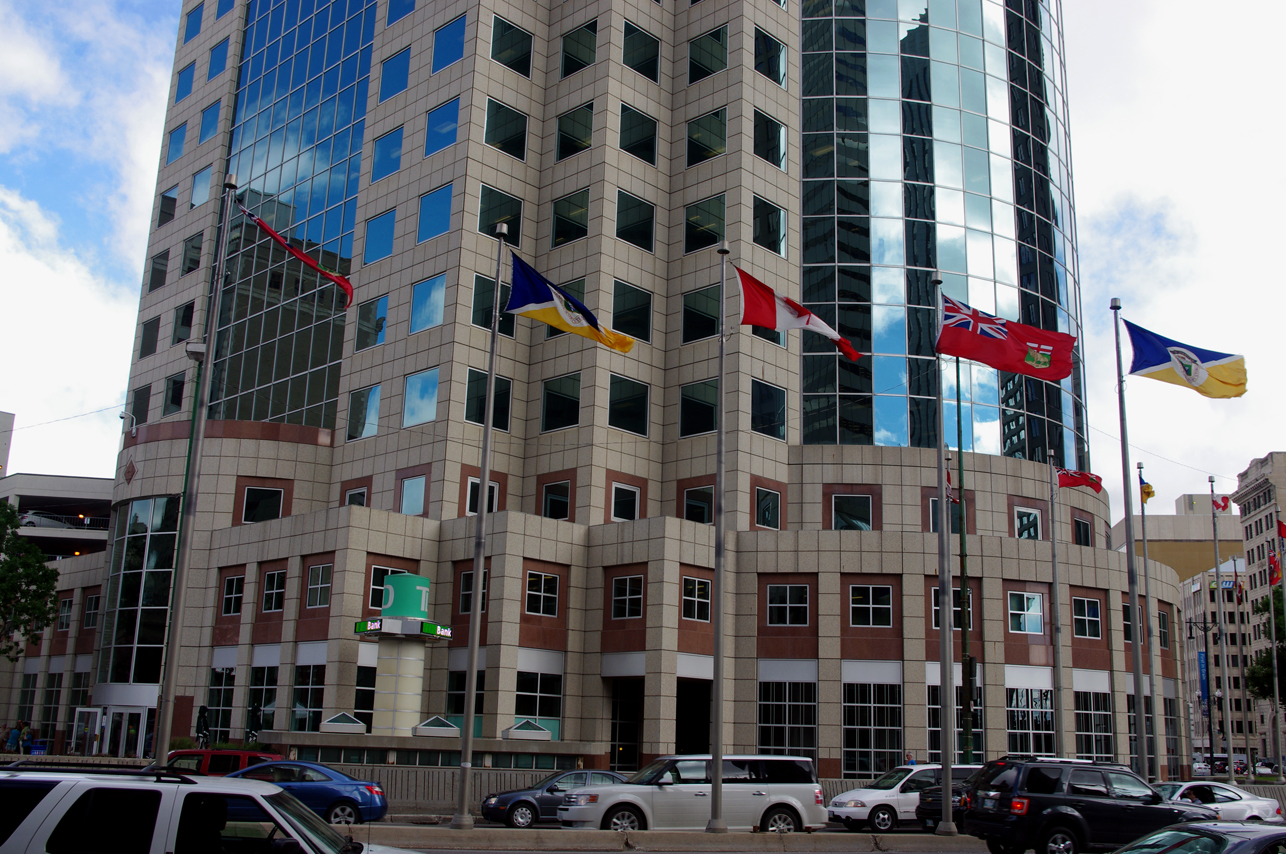 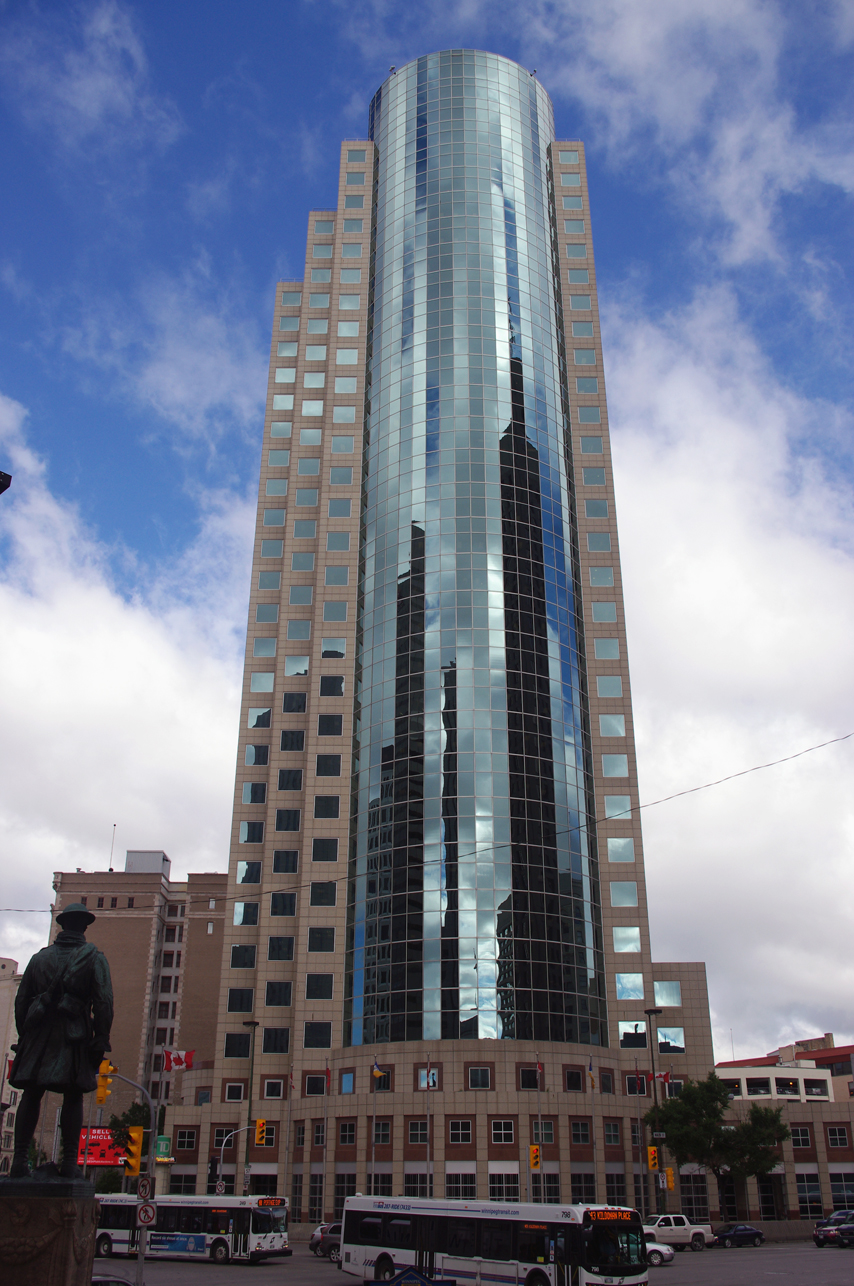 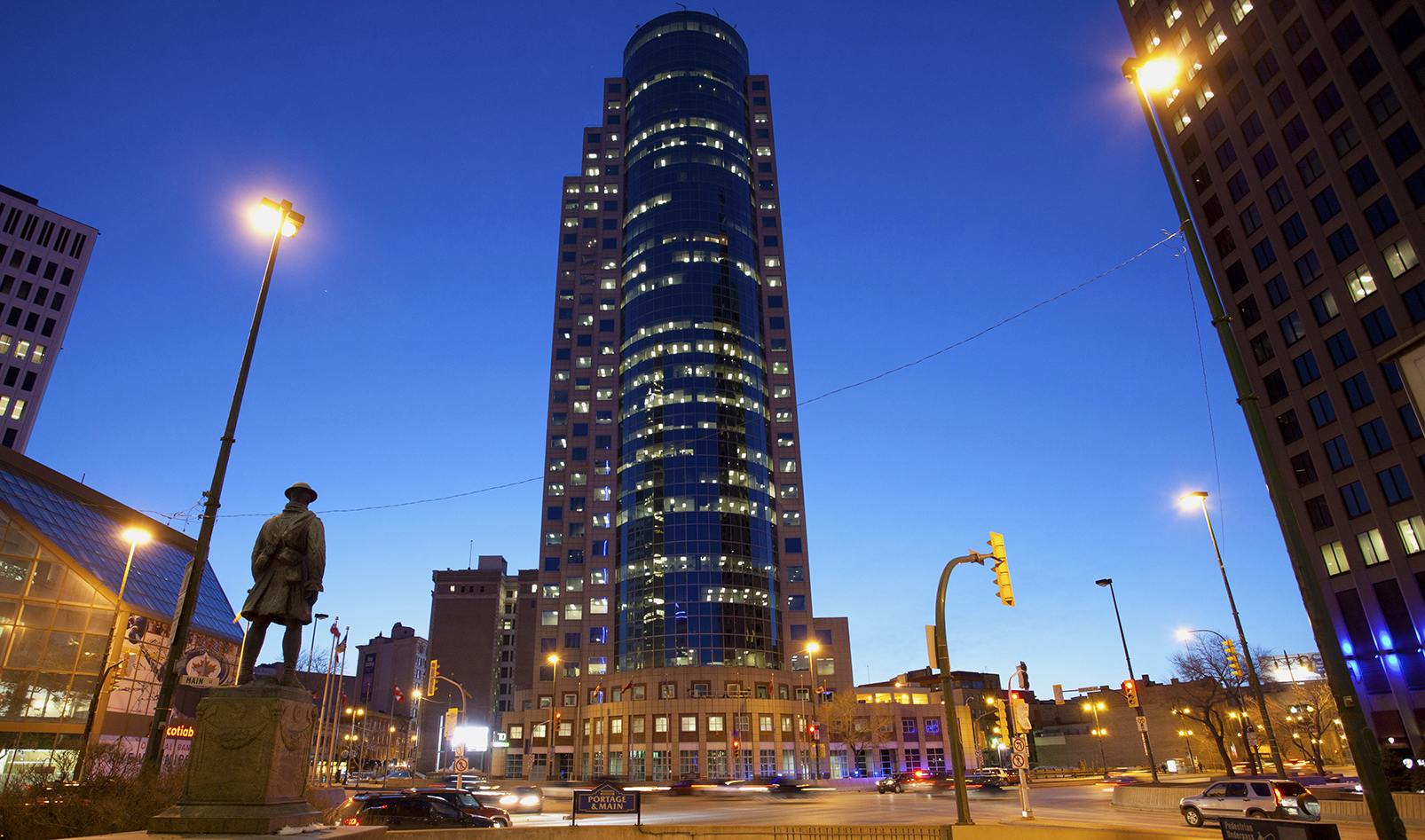 Completed in 1990 for $88 million, this postmodernist office tower is the tallest office tower in Winnipeg. Standing 33-storeys high and occupying the north-west corner of Portage and Main, 201 Portage is one of the most recognizable buildings of the Winnipeg skyline. The building was constructed on top of an existing 40,000-square-feet telecommunications centre. 201 Portage Avenue is constructed around a reinforced concrete core, with steel framing and cast-on-site concrete decks. The dominant elevation has a curved glass curtain wall that extends from the third to the 33rd floor. At the base of this curtain wall is a single band of granite-framed glazing. The curved glass curtain wall element is also featured on other sides of the building, but is not as pronounced. Formally, the building is a series of stepped masses that culminate at the top in the glass penthouse.

The interior of the building is finished with granite, marble and glass. In a post-construction interview, Charles Bentall Architects noted that because the indoor walkway system was such a key element of the building and ultimately the point through which most people would enter the building, the escalator connecting the building to the system was placed in a prominent place.

The original plan for the project included a second tower connected at the podium level, north-west of the current tower, adjacent to the Winnipeg Electric Railways Chambers building. This site is currently used as a plaza and parking area.