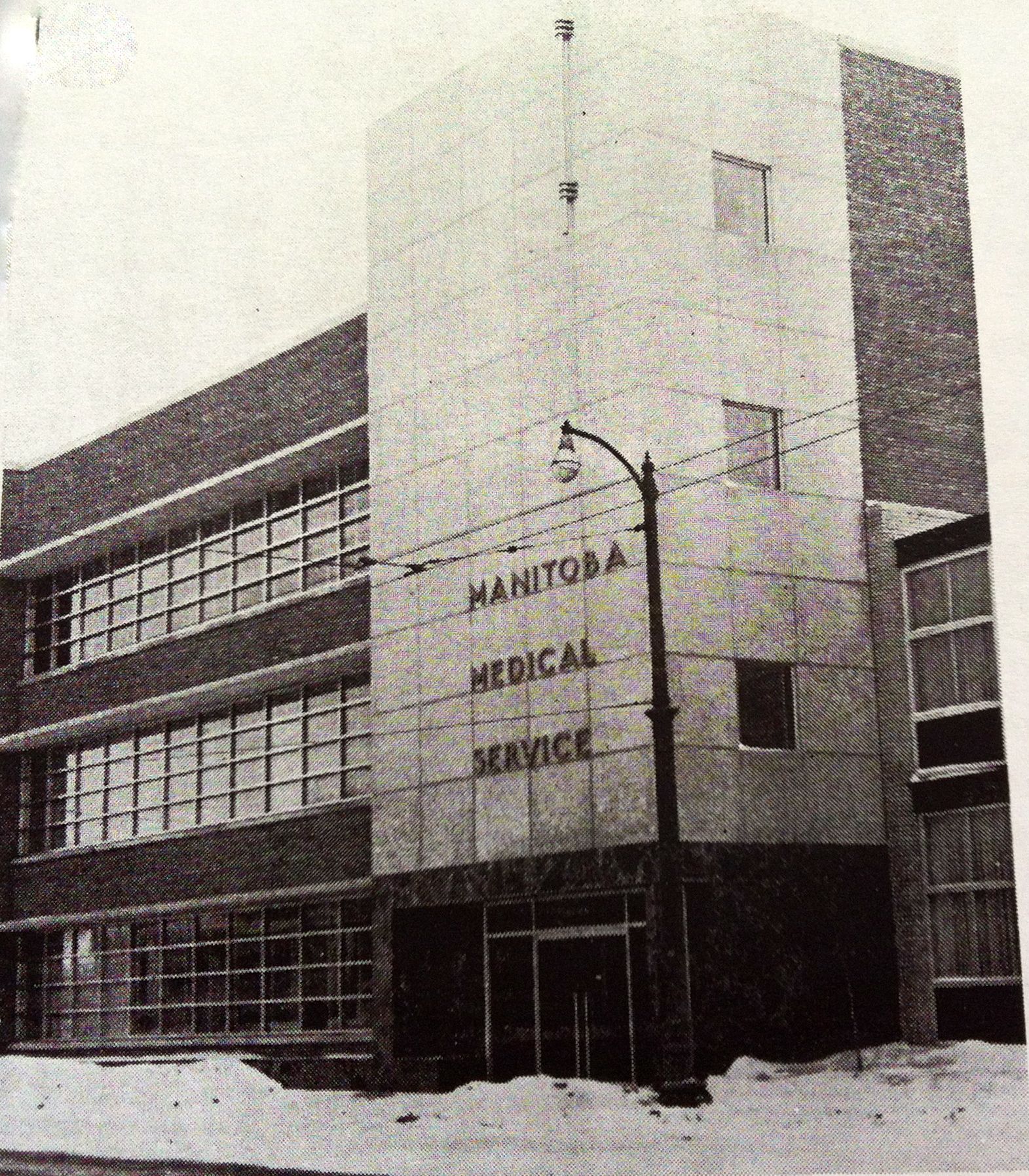 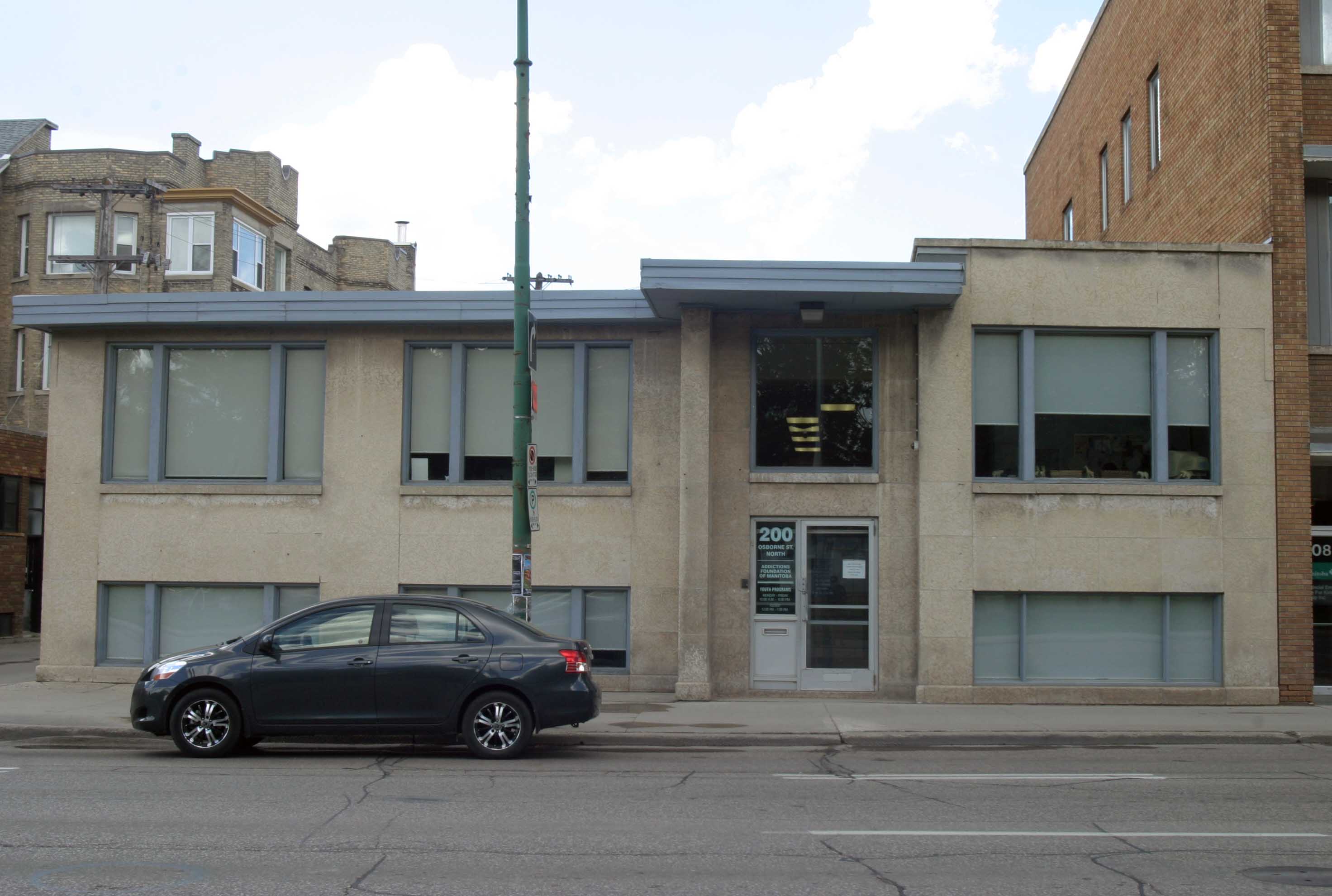 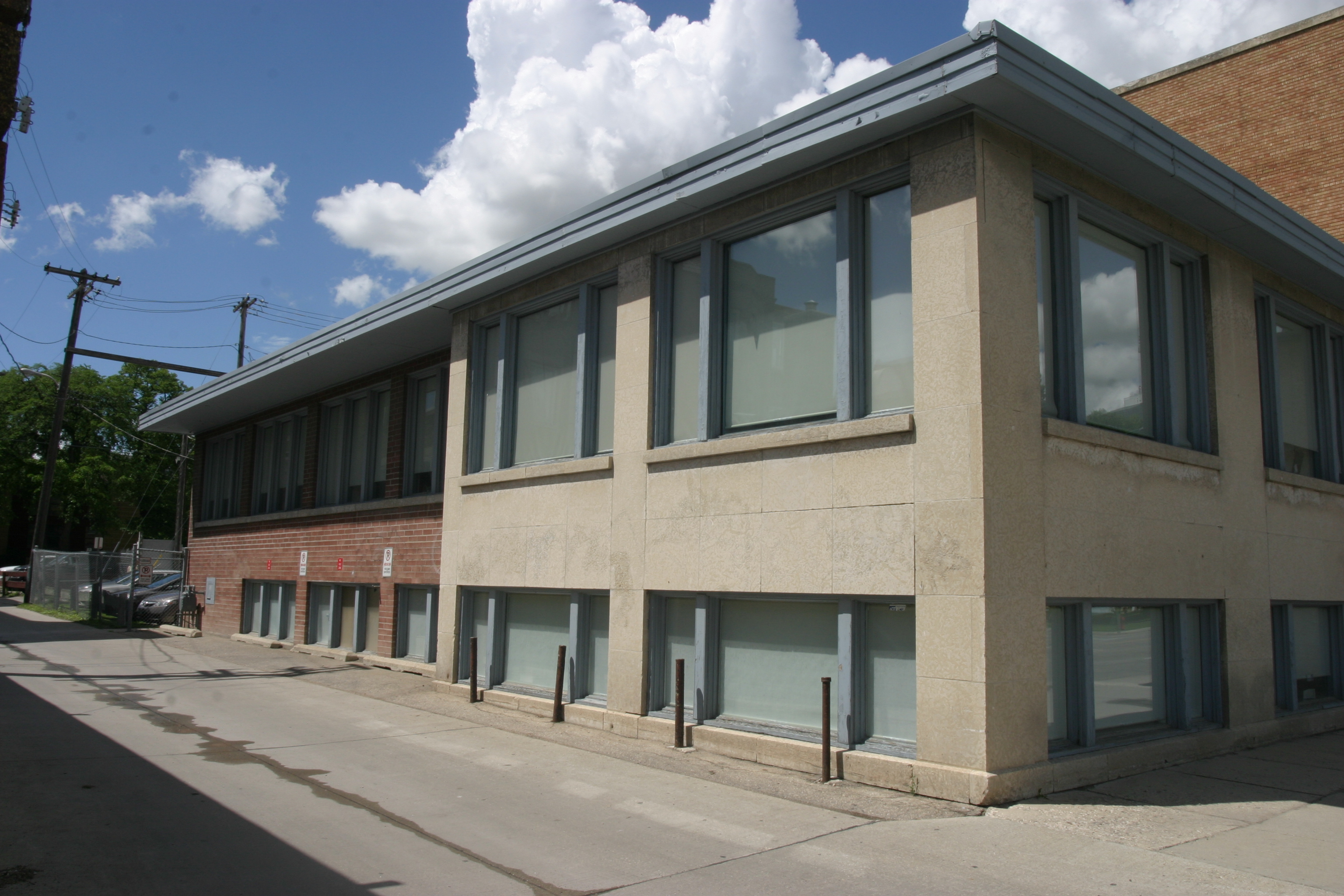 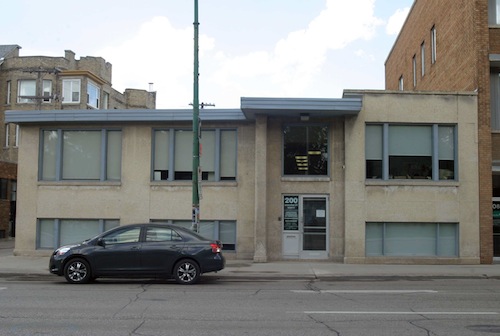 Designed by local architect, Lloyd Finch, 200 Osborne Street North was the first of a series of buildings built within the same period on this block of Osborne. Colloquially known as “The Mall” and currently known as the Apex Building, the low lying single storey structure was constructed between 1947 and 1948. Before this, Osborne terminated at Broadway, leaving Colony Street as the western boundary of this neighborhood.

At first glance 200 Osborne appears to be two conjoined buildings, as the rear portion is finished with a brick façade and proportionately smaller to the front, which is faced in smooth limestone. The building is clad in a grid like arrangement of windows in the Chicago Style, where windows act as ornamentation. A 1952 photograph of the structure depicts three different variations of windows. The current windows are the result of a renovation at a later, unknown date. While perhaps not entirely original to the architects vision, the current glazing nonetheless displays a modern aesthetic. The wide eaves run on a straight-line front to back, unifying the roof-line along the width of the two sections and giving the east elevation screening from the sun.

The Apex Building was built for use by David Cooper, a chartered accountant who also owned Dominion Business Colleges, a small chain of business training schools. This site was used for the Cooper Institute and offices for his accounting practice. The Cooper’s practice and college closed only a few years later in 1955. Since then the building has been office space, and presently is occupied by the Addiction Foundation of Manitoba.