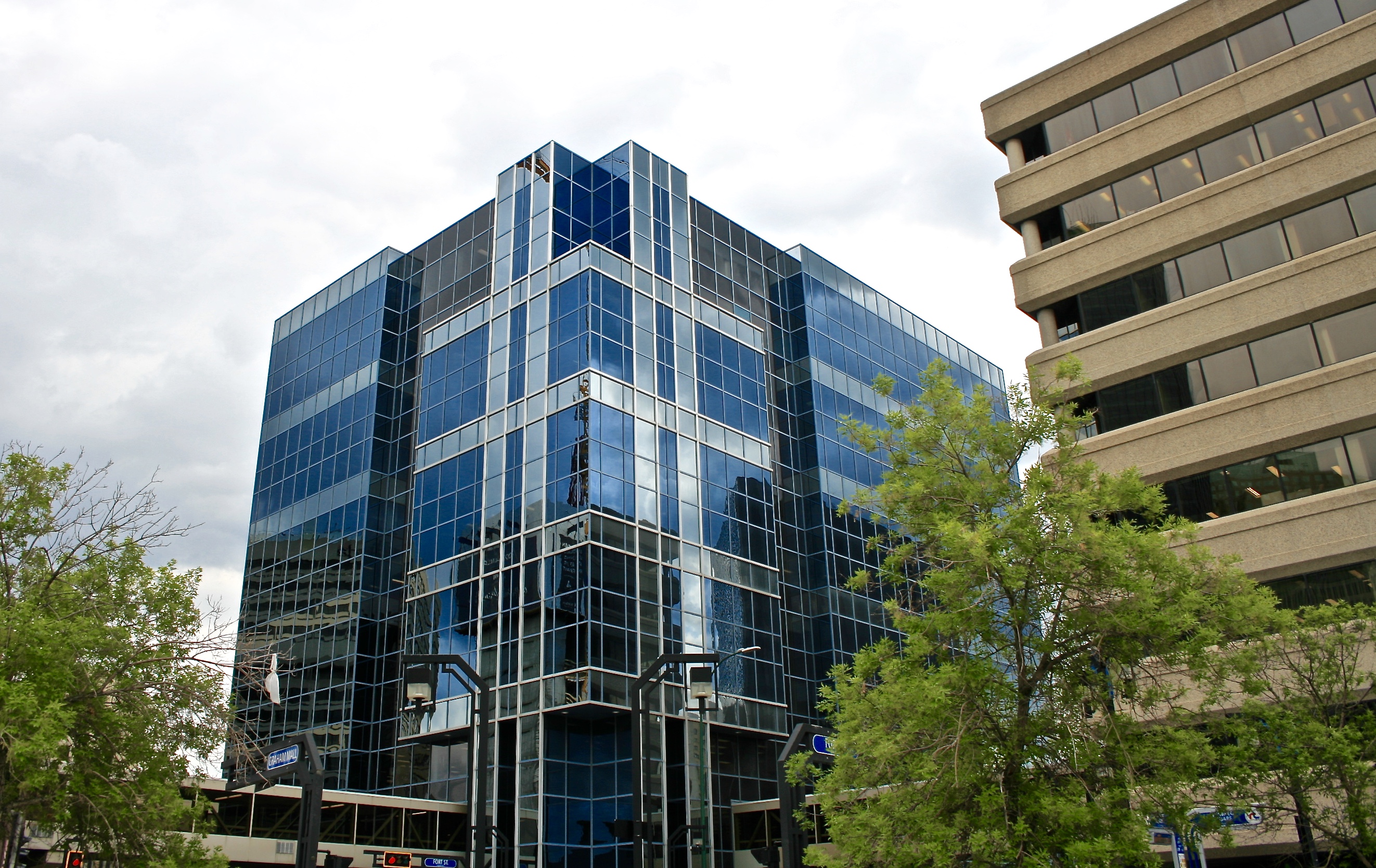 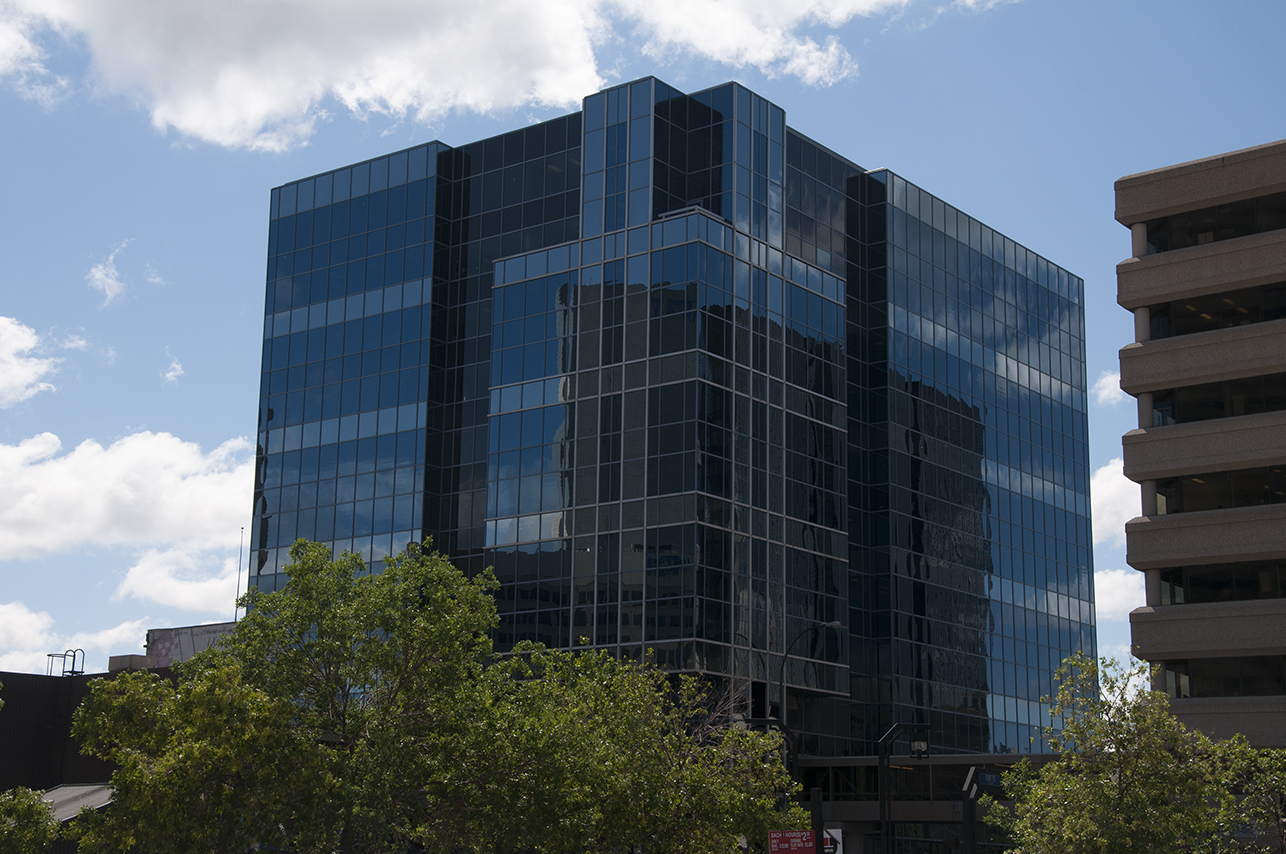 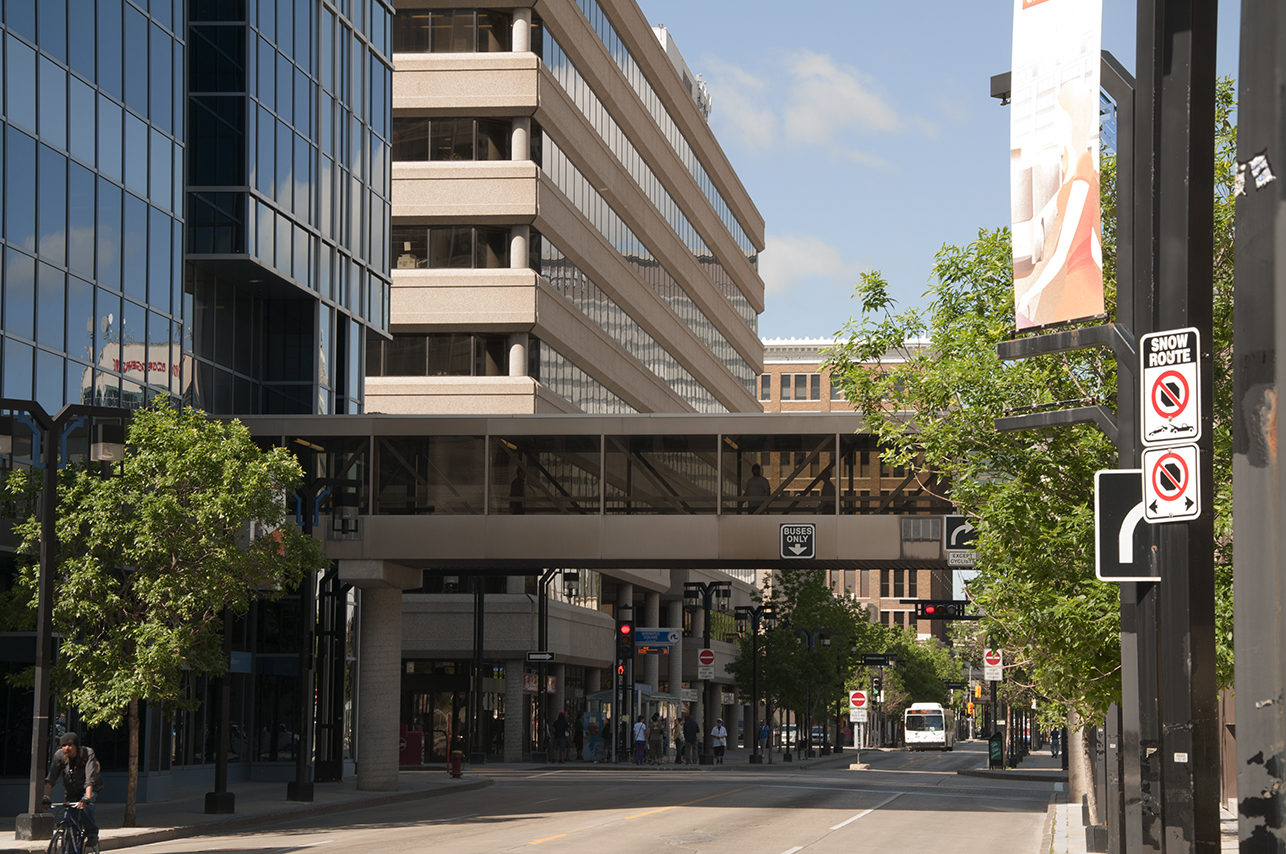 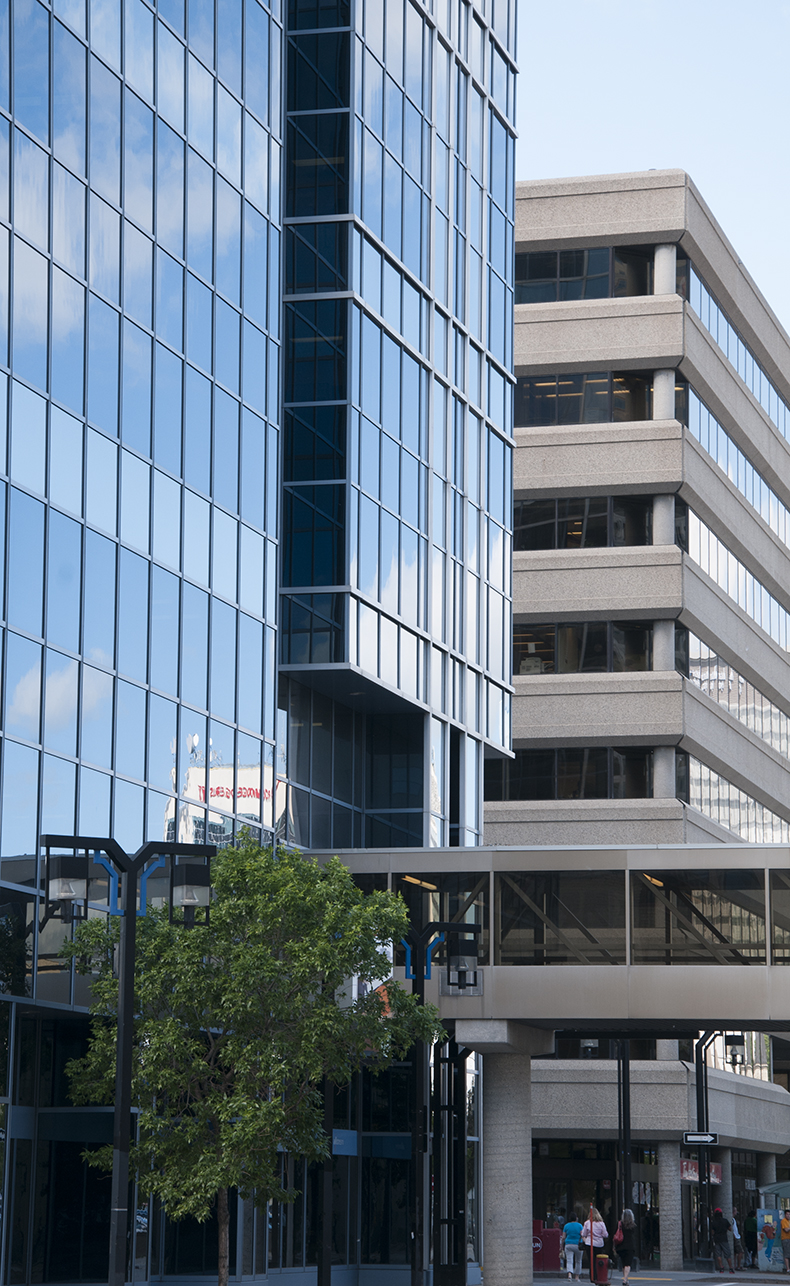 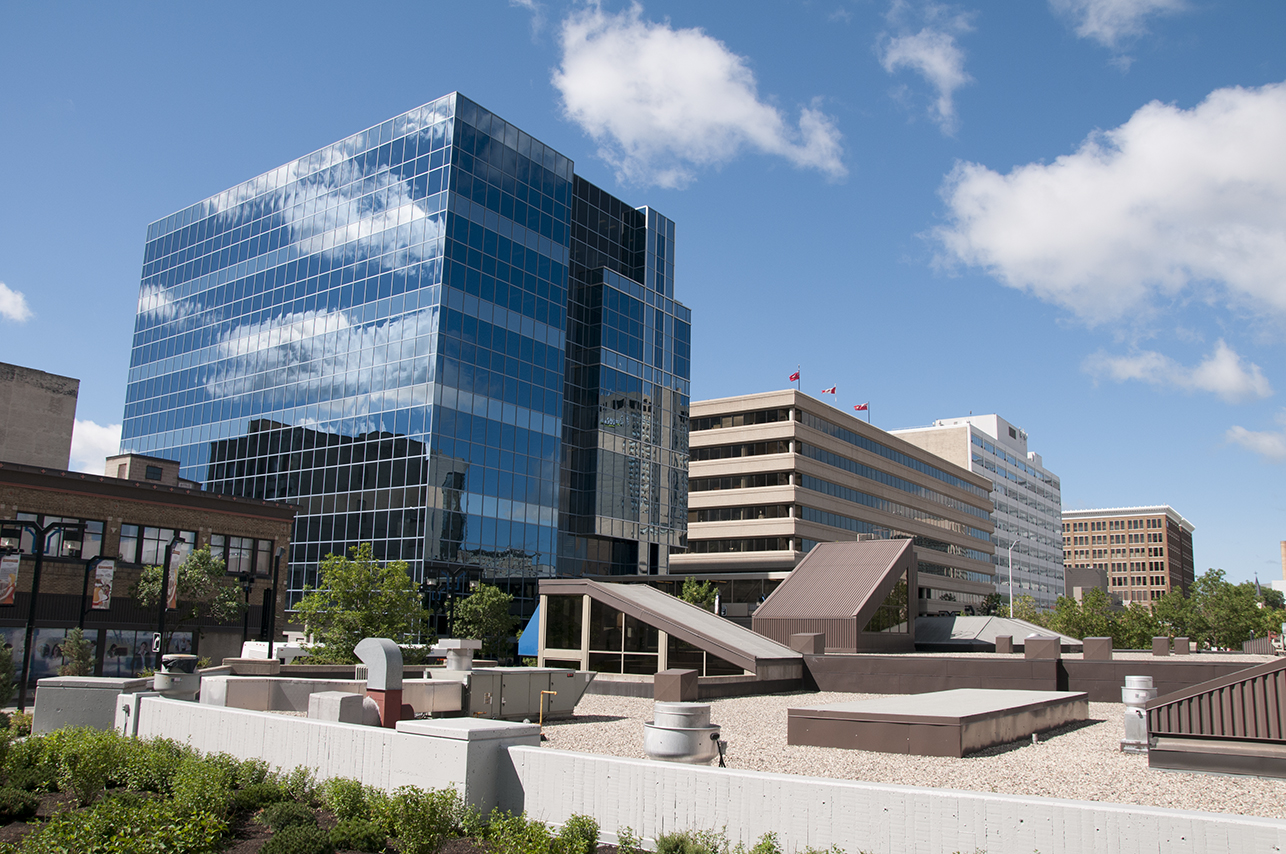 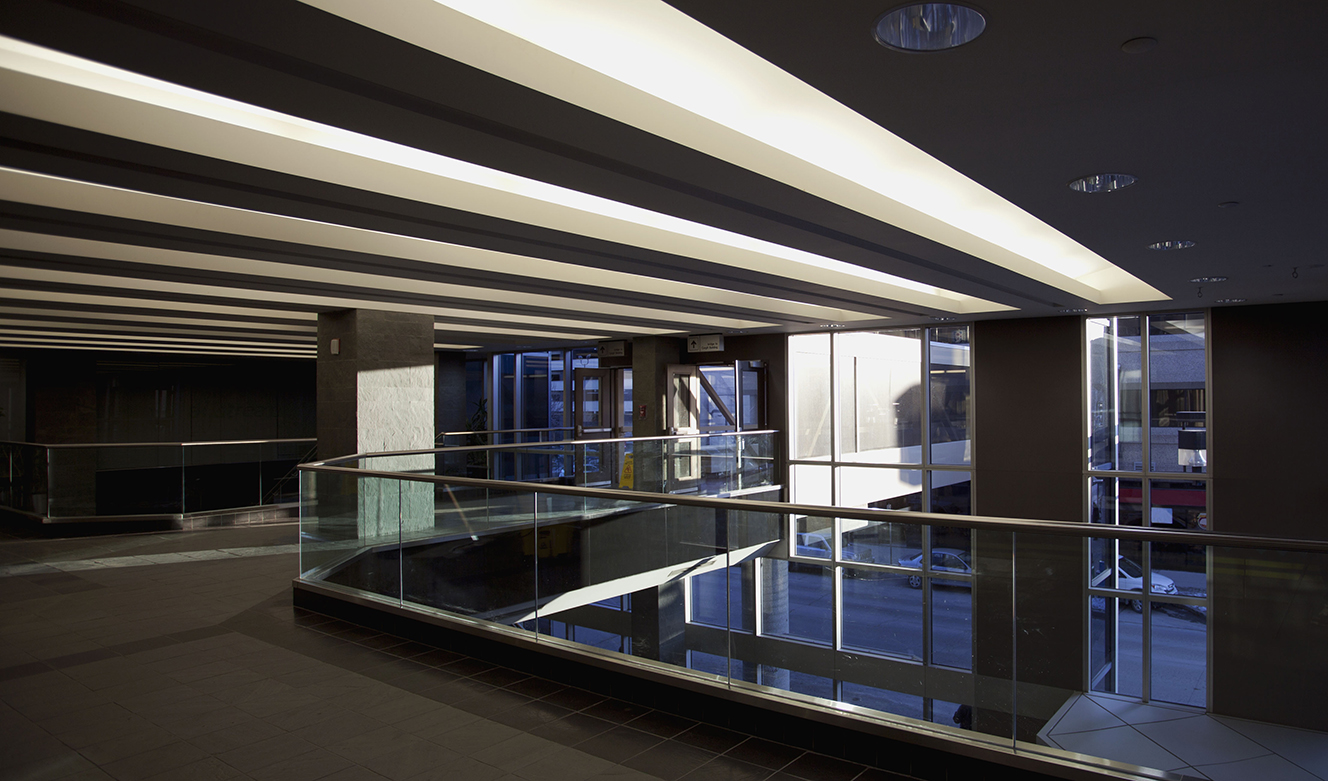 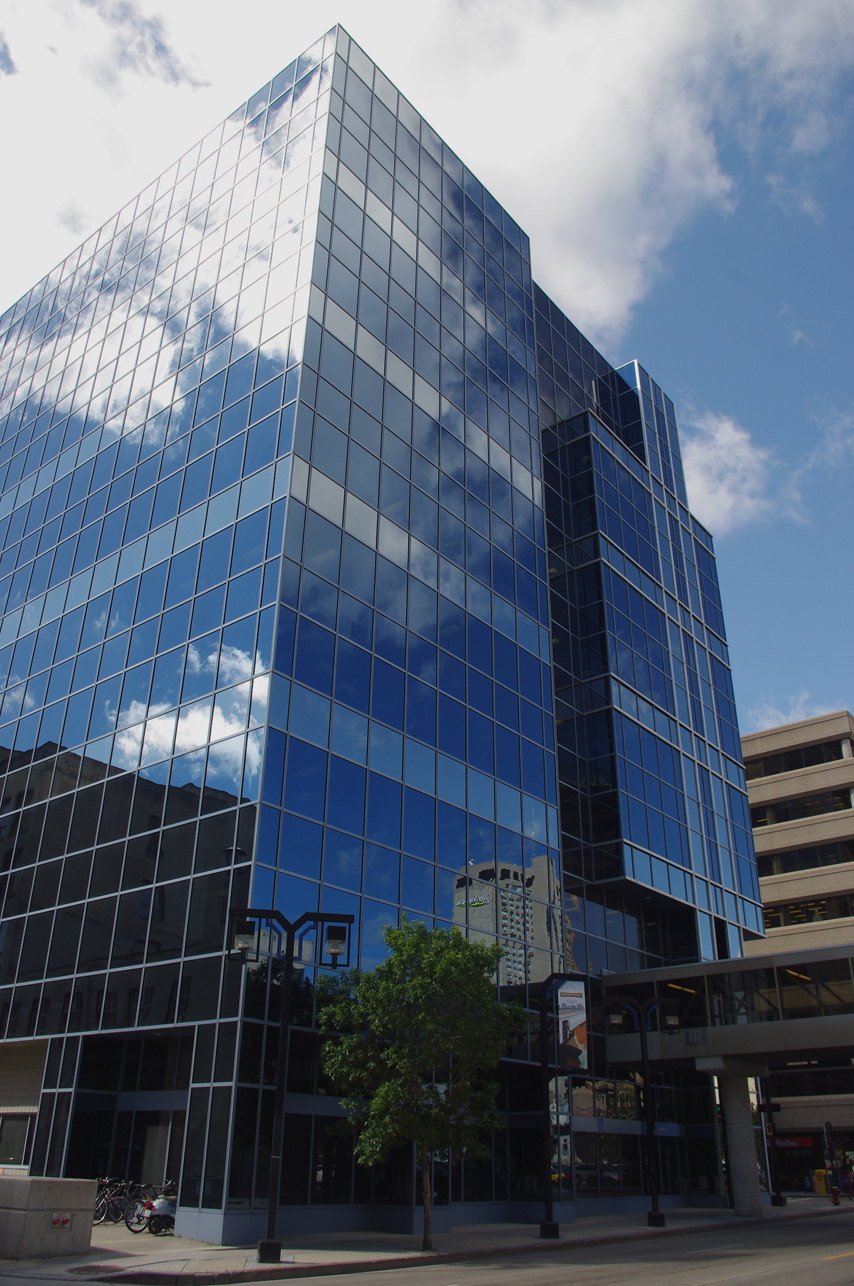 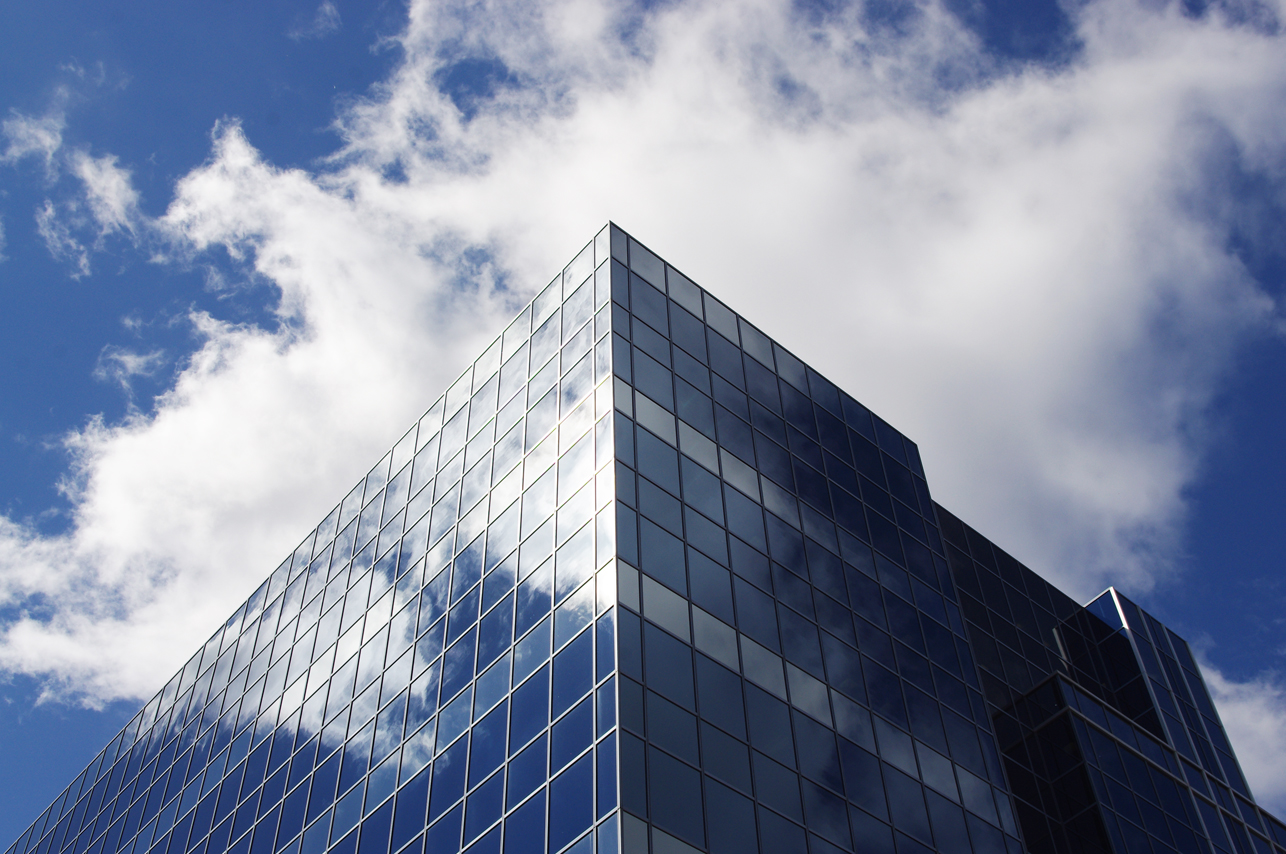 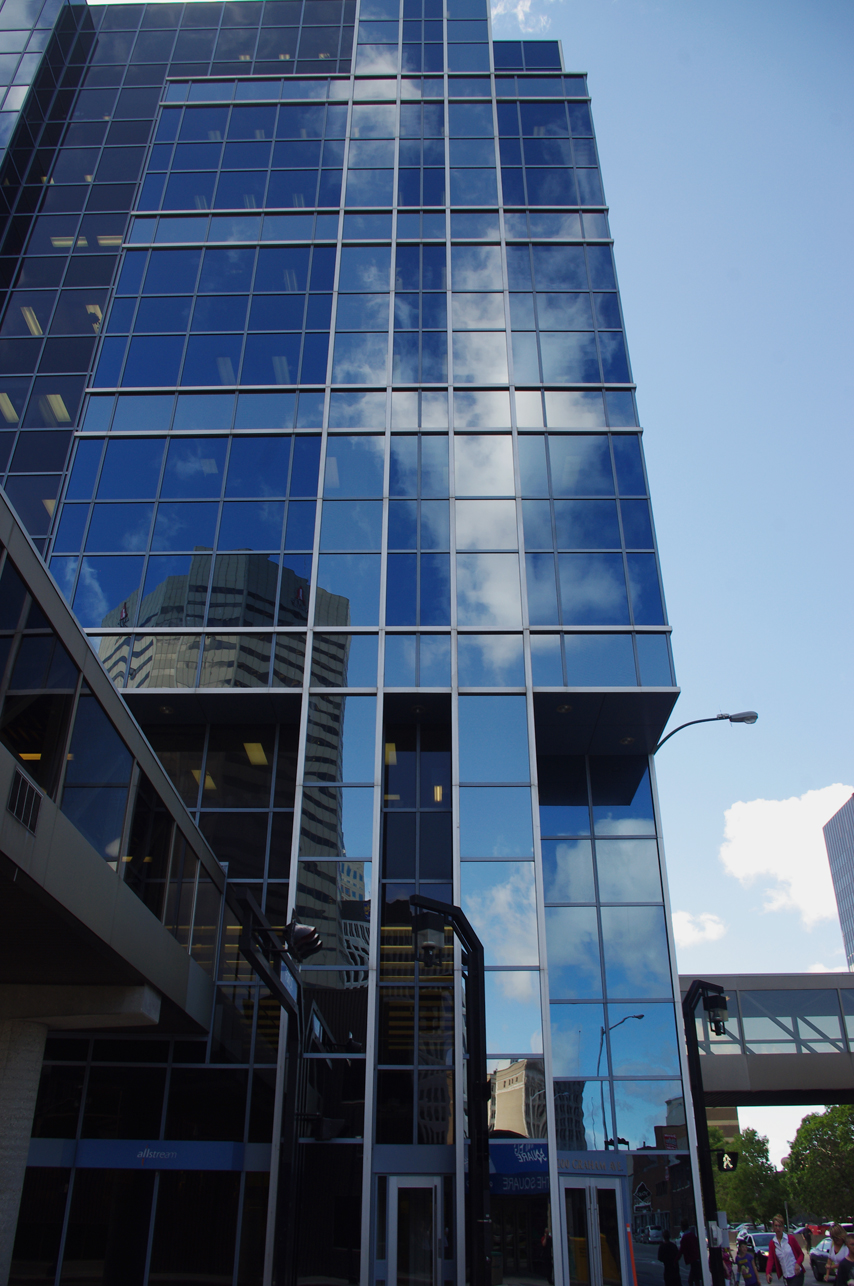 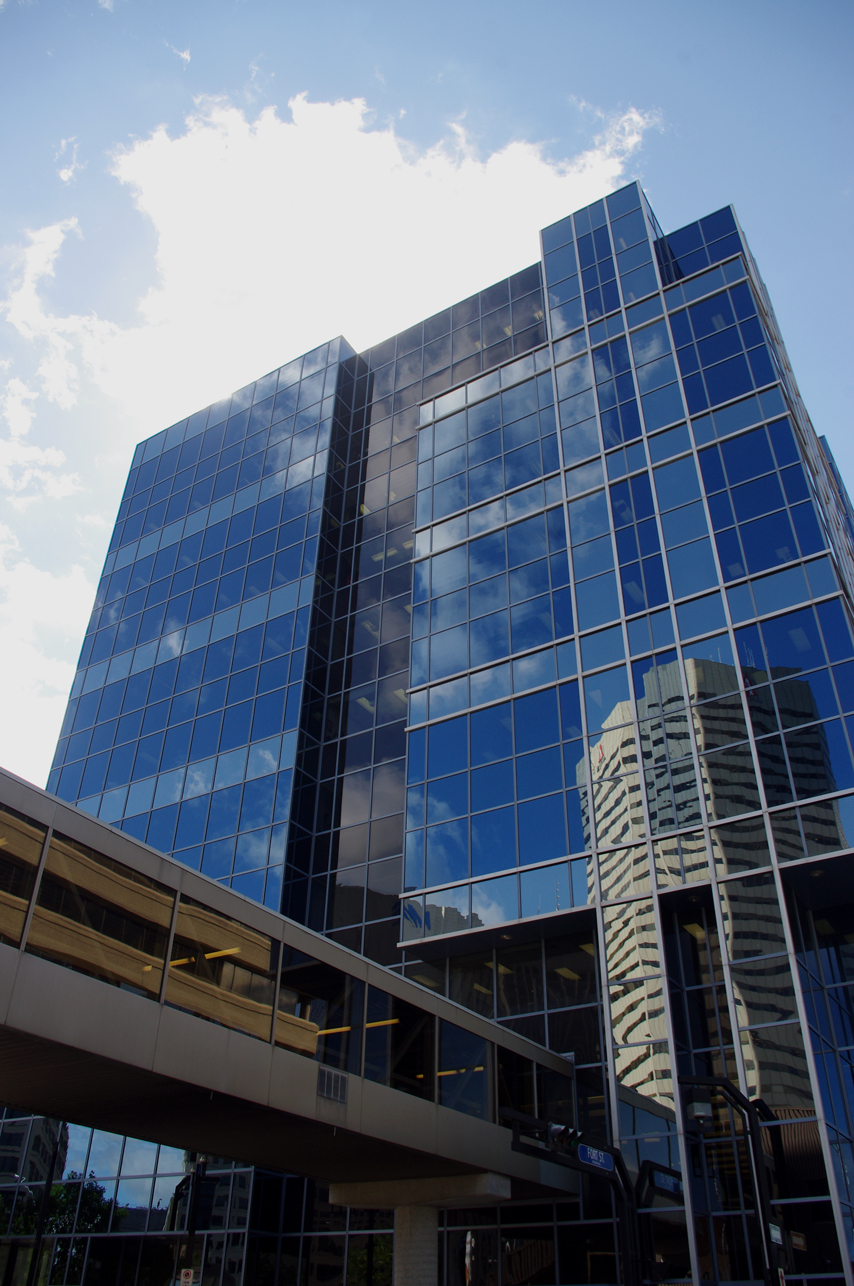 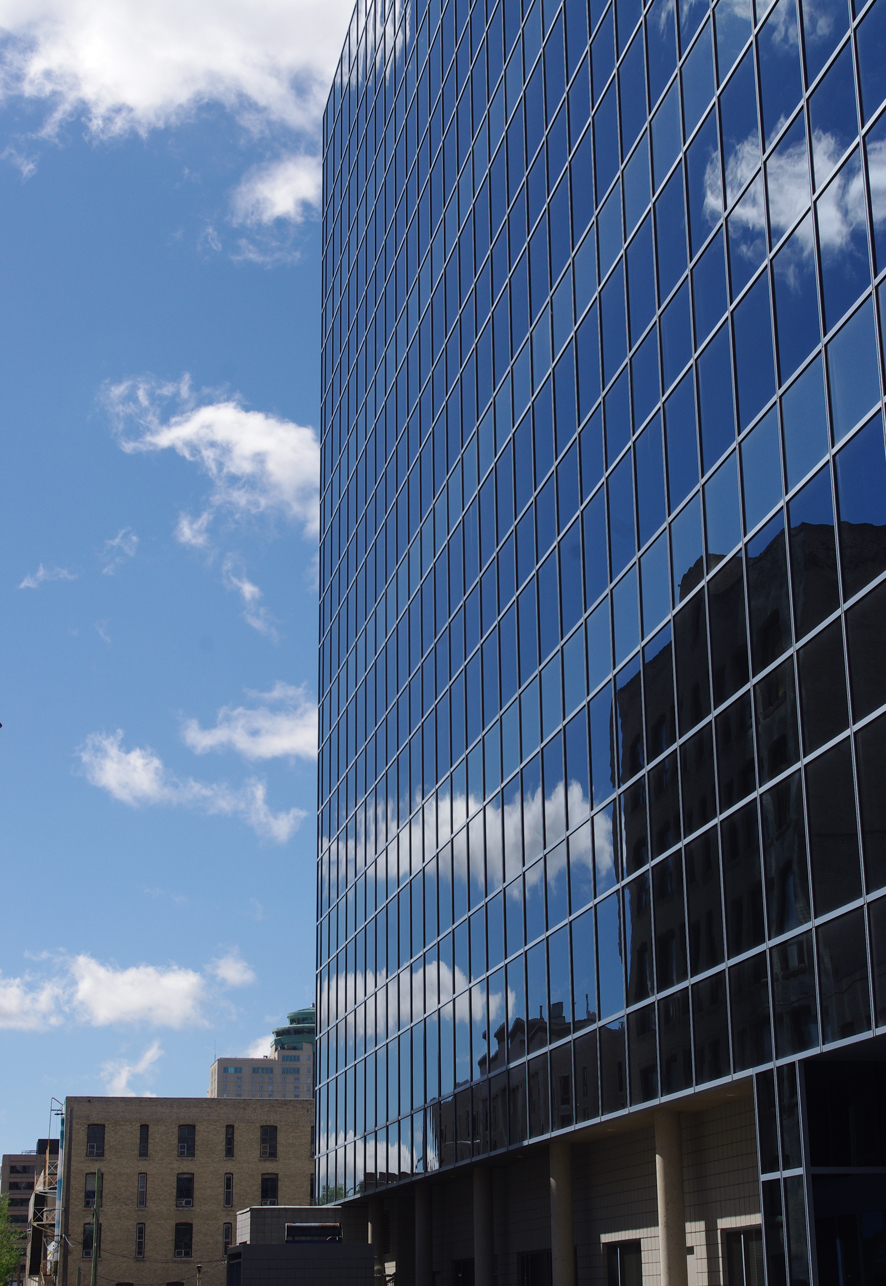 Constructed throughout 1988-1990, 200 Graham occupies the south east corner of the Graham Avenue/Fort Street intersection. Designed by Webb Zerafa Menkes Housden, 200 Graham is an eleven-storey office tower constructed from steel, concrete and glass. The glazing on the exterior facade is mirrored and was chosen to assimilate the building to the site.

Originally the agreed plan was to construct two offices towers at a hight of twelve to fourteen storeys each for a total cost of $60 million. Both towers would have underground parking as well. However the second tower was never constructed an the first tower was finished at eleven storeys.

In 1983, a walkway corridor was built connecting the Cargill Building and Winnipeg Square. The developer Lincor Ltd. acknowledged that buildings connected into the walkway system were more successful at attracting tenants. As a result, Lincor developed the unique property that had the existing “elbow” shaped corridor by building on top of the existing walkway. 200 Graham features two walkway corridors, one crossing Fort Street and a second crossing Graham Avenue to Winnipeg Square.