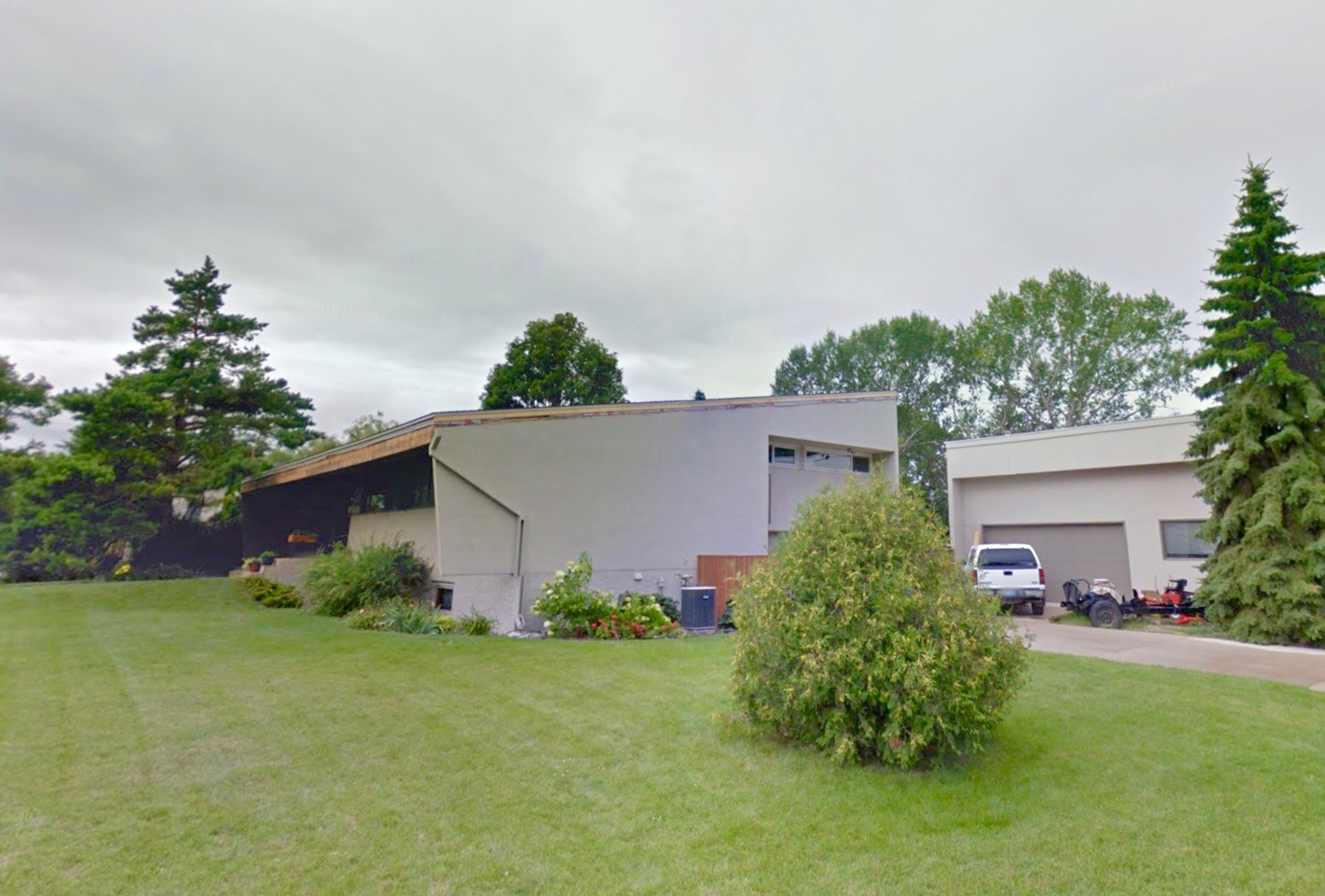 Charleswood is a Winnipeg neighbourhood located in the city’s southwest quadrant. The area is bounded to the north by the Assiniboine River, to the south by the Canadian National Railway Main Line, to the east by Assiniboine Park and Forest and to the west by Winnipeg’s Perimeter Highway.

Since at least the 1930s Charleswood has been known as “The Suburb Beautiful,” a slogan which is proudly displayed on the sign that greets entrants to the community along the area’s main street, Roblin Boulevard. The motto seems to have been derived from that of neighbouring Tuxedo, which was marketed as such by its developer Frederick Huebach’s Tuxedo Park Company Limited (later to become the South Winnipeg Company) in the 1910s. Tuxedo was one of Canada’s first planned communities. Its catchphrase echoed the intent of its planners – including the notable Brookline, Massachusetts, Olmsted Brothers firm – to create a district both pleasant and well organized. Charleswood, which was to develop in a less controlled fashion, suits the name: a treed locale spread across the pleasant land south of the Assiniboine River.

Charleswood celebrated its centenary as an officially recognized community in 2013, 100 years after the Rural Municipality of Charleswood was incorporated on February 15, 1913. The municipality was formed from portions of the Rural Municipality of Assiniboia and Parishes of Headingley and St. Charles that lay south of the river, while excluding territories held by the Town of Tuxedo and City of Winnipeg. The origin of the area’s moniker is uncertain. One likely source is the long-standing relationship the district had with its northern and more established neighbour across the Assiniboine River, St. Charles, to which it was connected by ferry crossings. The existence of convenient areas for Assiniboine River crossings was a key feature in the area’s early history, particularly at a location known as “The Passage” near the foot of the current Berkley Street, which connected on the north side to Rouge Road. This link is today commemorated by Kelly Landing Park. Cross-Assiniboine ferry services continued operation in Charleswood until 1948.

Another possible source of the neighbourhood’s name is in honour of one of the sons of early Charleswood settler and developer Patrick H. Kelly. The elder Kelly, who emigrated to the region from Ontario in 1906, was a crucial figure in the municipality’s growth. He organised area residents in their request for separate civic status and hosted early council meetings in his store. At one time Kelly held more than 200 hectares (largely undeveloped bush) in the district. He built a general store and played a central role in establishing a post office and area school. He was instrumental in convincing the Winnipeg Electric Railway Company to extend street railway service to the neighbourhood, a track that stretched as far west as Kelly’s store, near Beaverdam Creek and “The Passage.” The area was also served by the Grand Trunk Pacific Railway (later the Canadian National Railway) which operated a Pacific Junction station near the present site of Pacific Junction School (715 Cathcart Street) during the early twentieth century.

The early years of Charleswood’s existence were dominated not by suburban housing but by farming. The district had been surveyed into slender and long riverfront farm lots by the Hudson Bay Company in the 1850s. Local agriculture included a particular focus on mink ranching, with more than 80 such facilities in the district, as well as dairy, poultry, market gardening and tobacco growing. During the 1910s the area was marketed as a potential residential locale by Huebach’s Company (developers of Tuxedo) as “Rydal.” The full flush of such growth did not come until later. Advertisements from the 1930s demonstrate a hybrid community, publicising the potential purchase of plots for either market garden or home development purposes.

Development during the post-war years was rapid. The 10 years before 1951 saw a 90 per cent increase in population, reaching 3,680. By 1966 the municipality's population had reached 7,334; the five years after that the area’s population again nearly doubled to 14,000 residents by 1971. Land-use statistics tell a similar story: in 1948, 90 per cent of Charleswood’s territory was engaged in agriculture; that fell to 65 per cent by 1971, and continued to fall in the proceeding decade. The area experienced strong 1970s growth with more than 7,500 homes built during a 10-year span.

By and large the homes built during the early post-war period were fairly standard examples of North American residential design. By the 1960s more daring architecture appeared, including some modernist homes concentrated on river-adjacent sites near or on Roblin Boulevard. Another daring design was that of the Charleswood Motor Hotel, completed in 1962. It was nearly fully wrapped by an abstract relief mural by British-Canadian artist Jim Willer. During the booming 1960s a new civic centre was built at 5006 Roblin Boulevard. The civic centre was a modernist complex featuring a heavier two-storey block and a protruding, glazed, entry wing. This project was located adjacent to the former civic office which was soon converted into a library, and continues to serve as such.

Seven years after construction of the new municipal hall and offices Charleswood was incorporated into the new Unicity-era City of Winnipeg, 58 years after incorporating as a municipality. By the 1970s and early 1980s a strain of rustic late modern design was well represented in the area, with examples found along the riverfront, along area streets and throughout the housing development. Residential and other development continued apace over the proceeding decades. Among other large scale projects was the Charleswood Bridge in 1995, which connected the area with the suburb of St. James-Assiniboia. Charleswood remains a unique Winnipeg suburb in retaining a semi-rural atmosphere, with many streets unpaved, lacking sidewalks and lined with ditches.