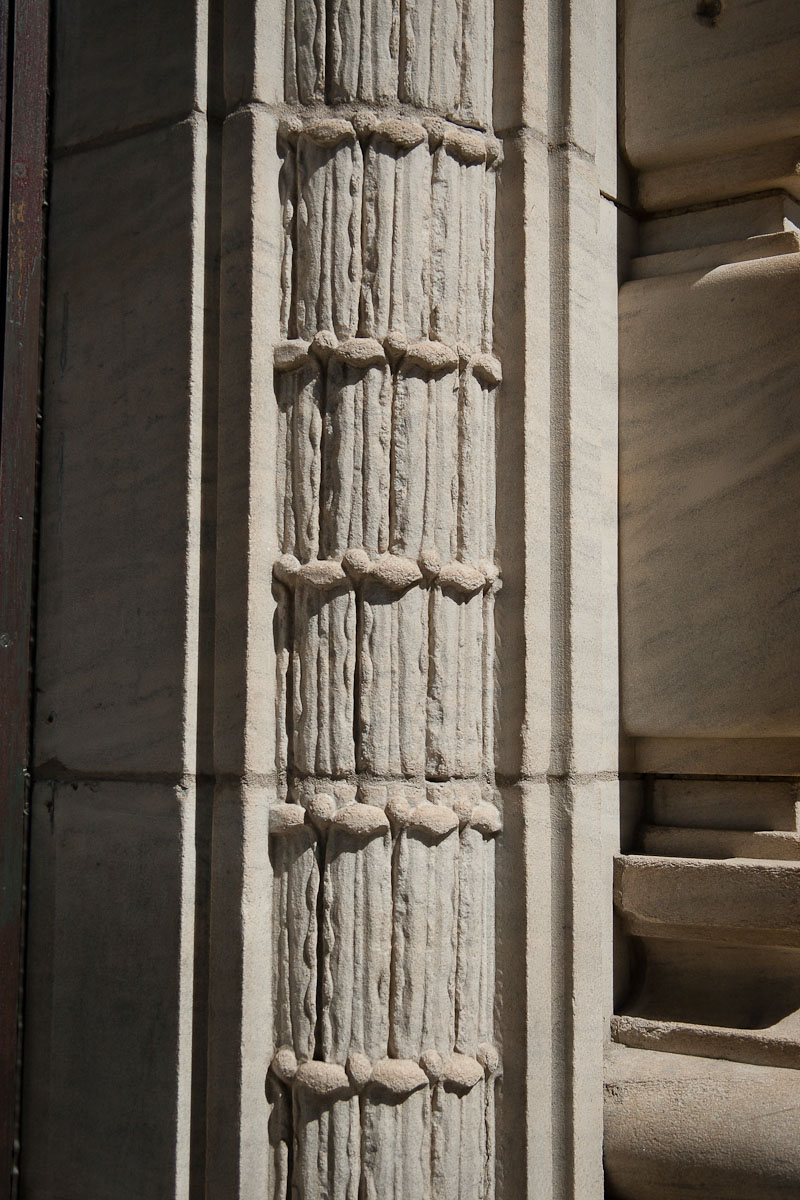 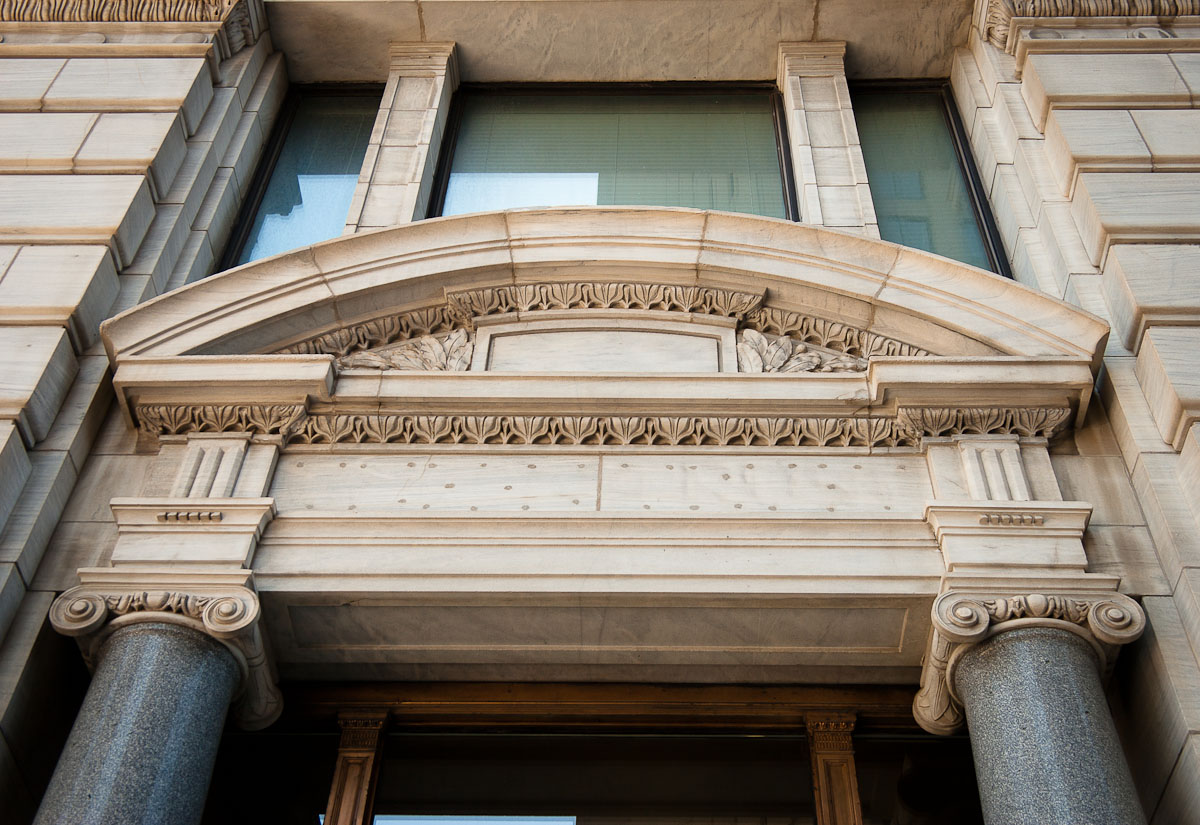 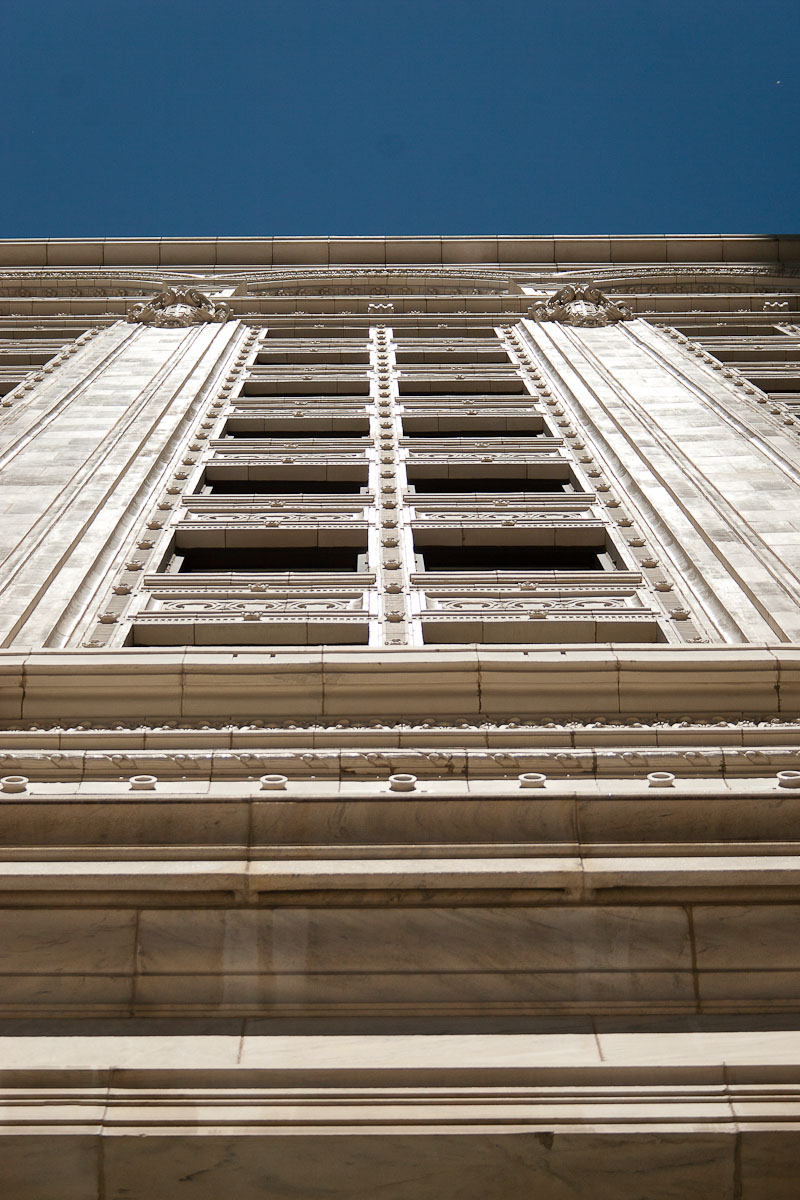 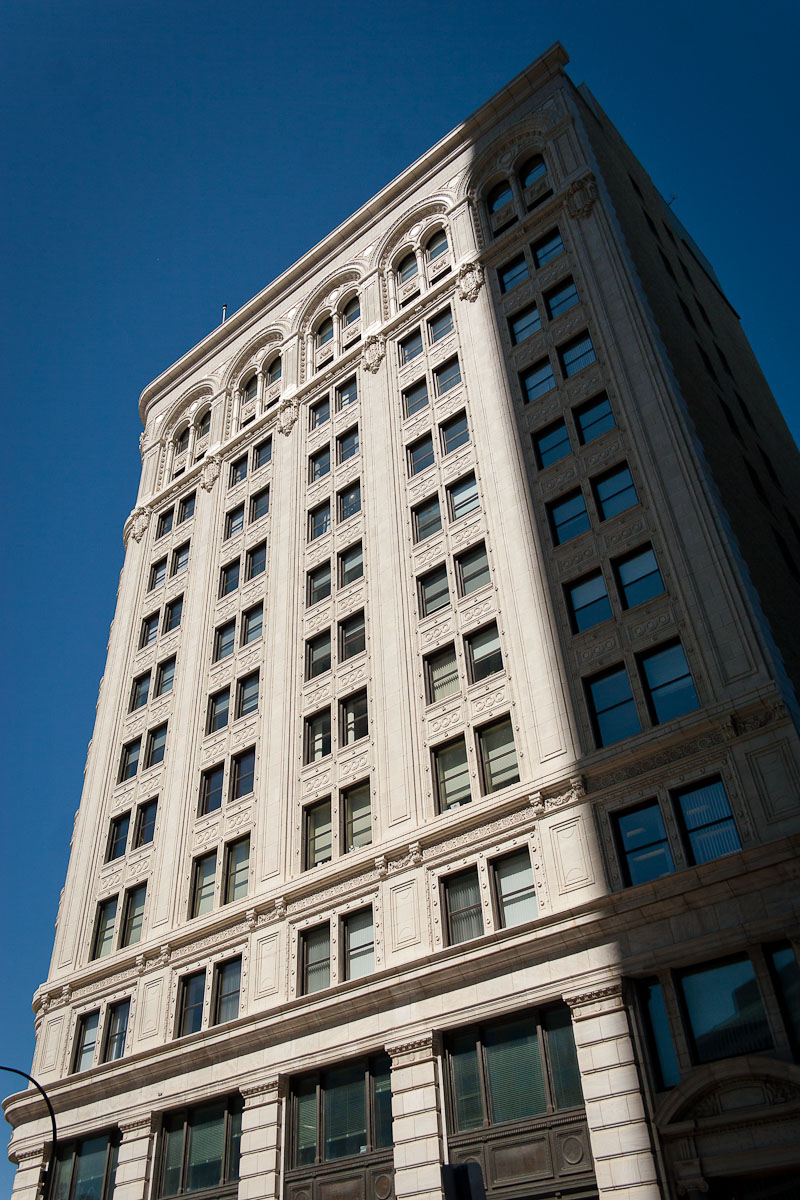 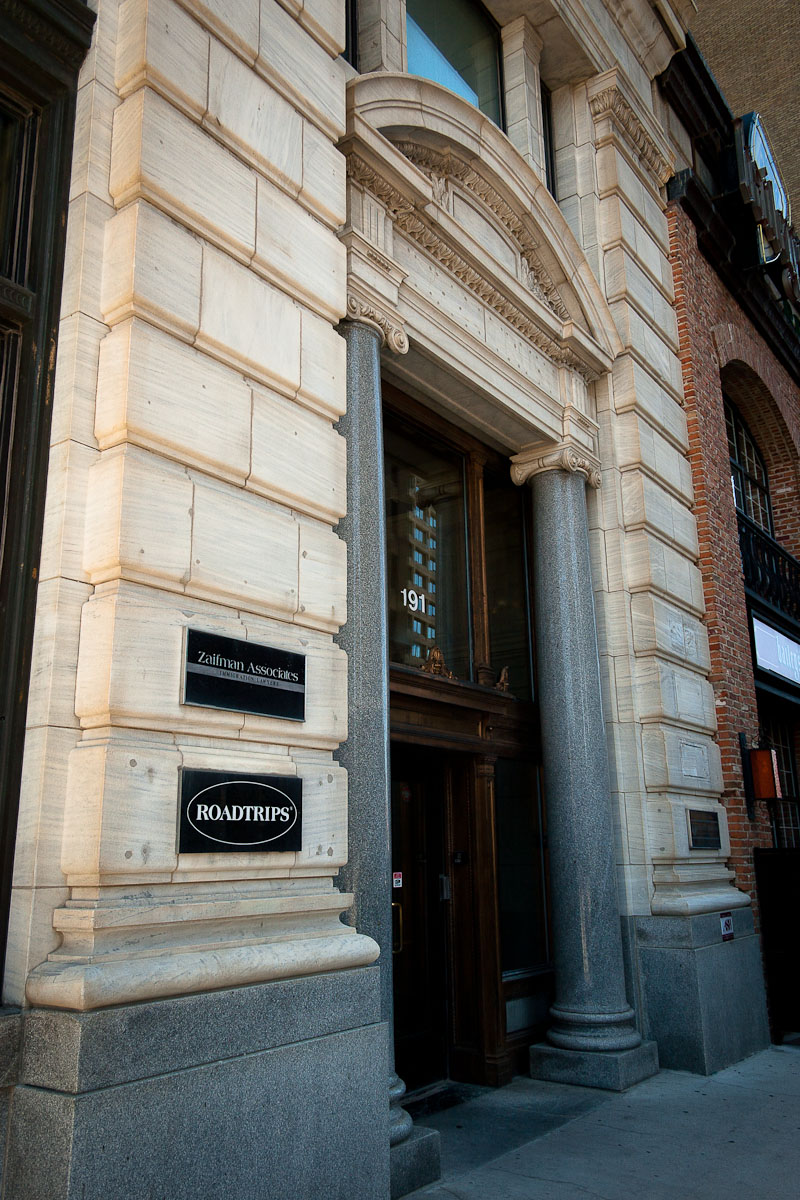 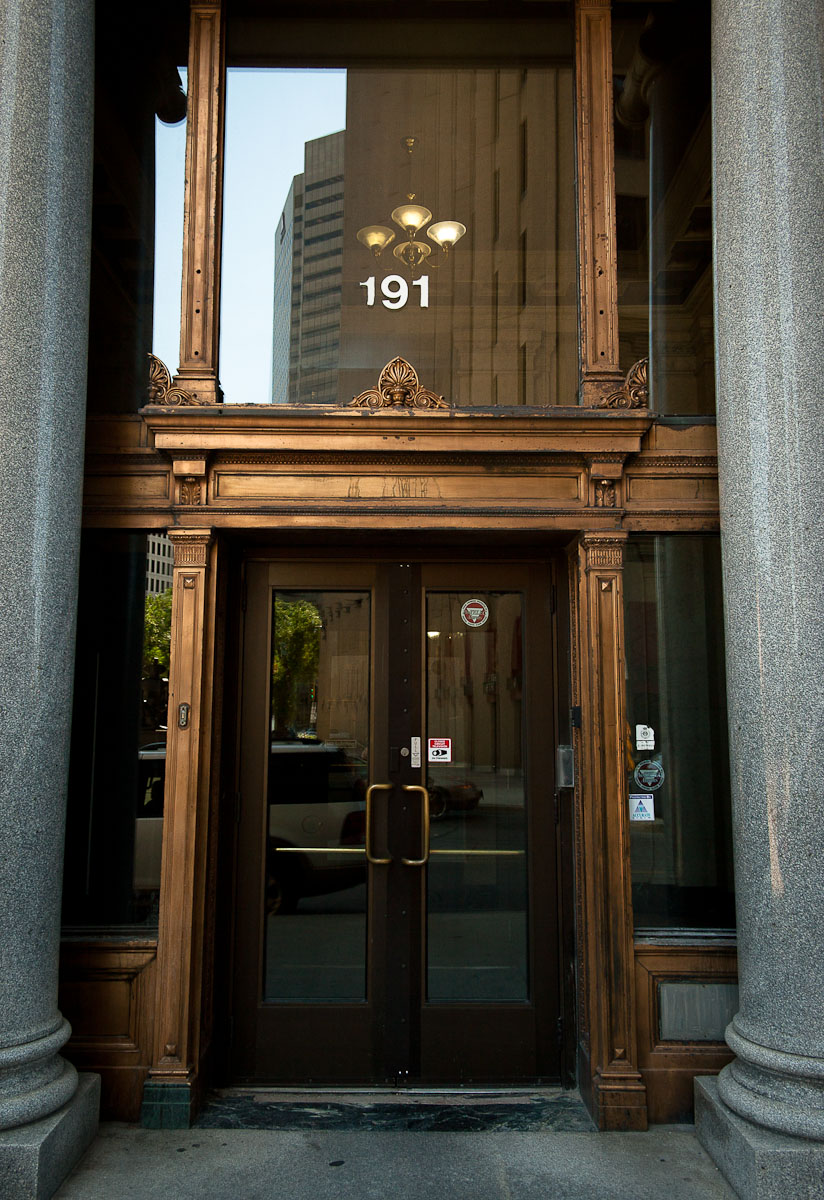 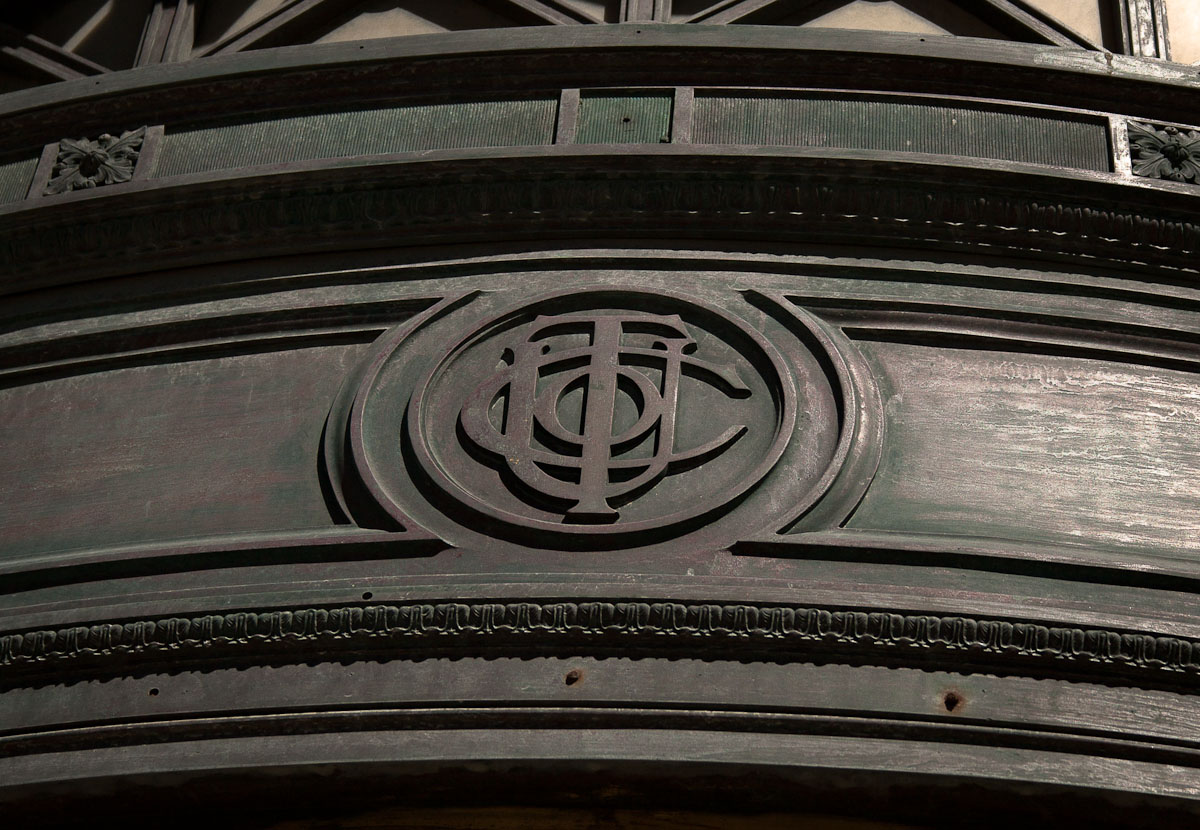 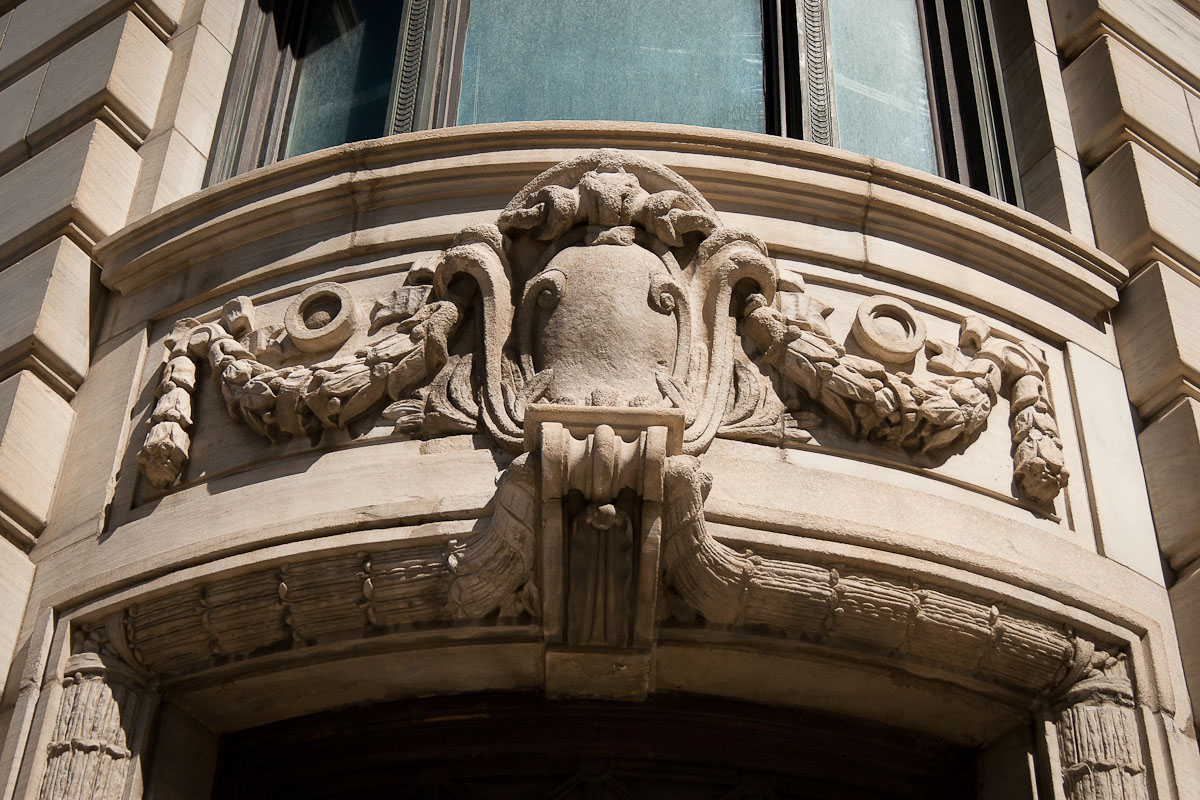 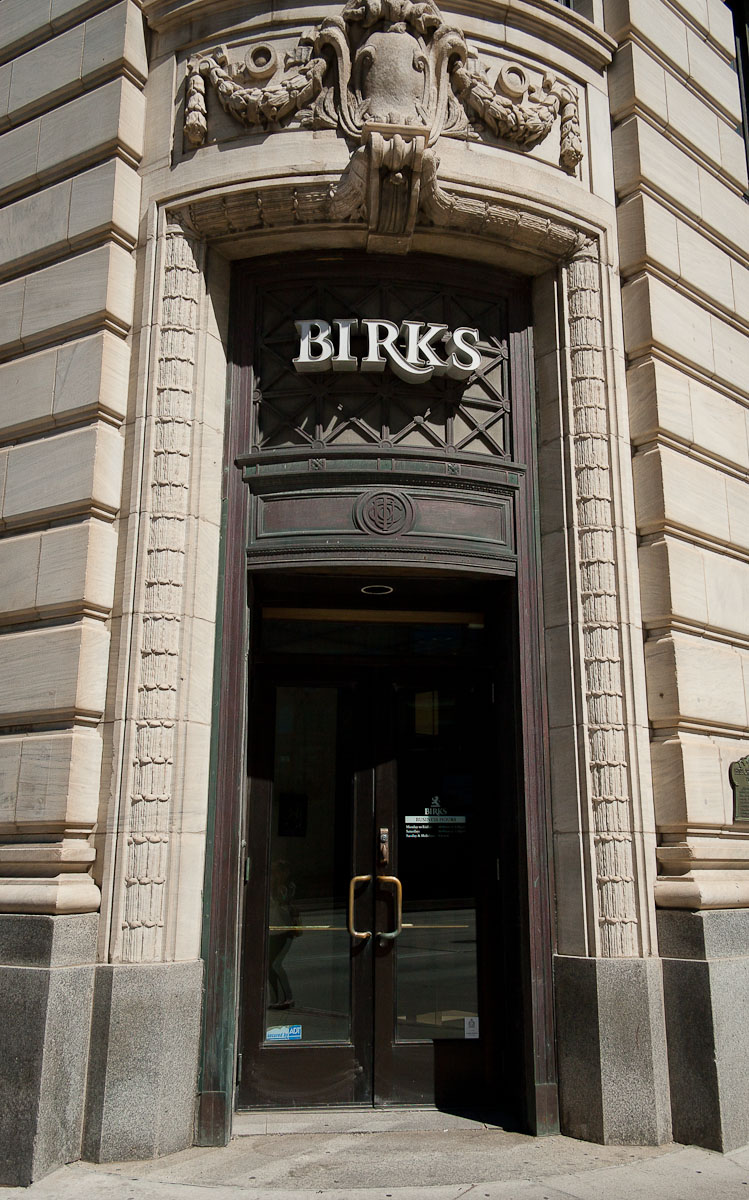 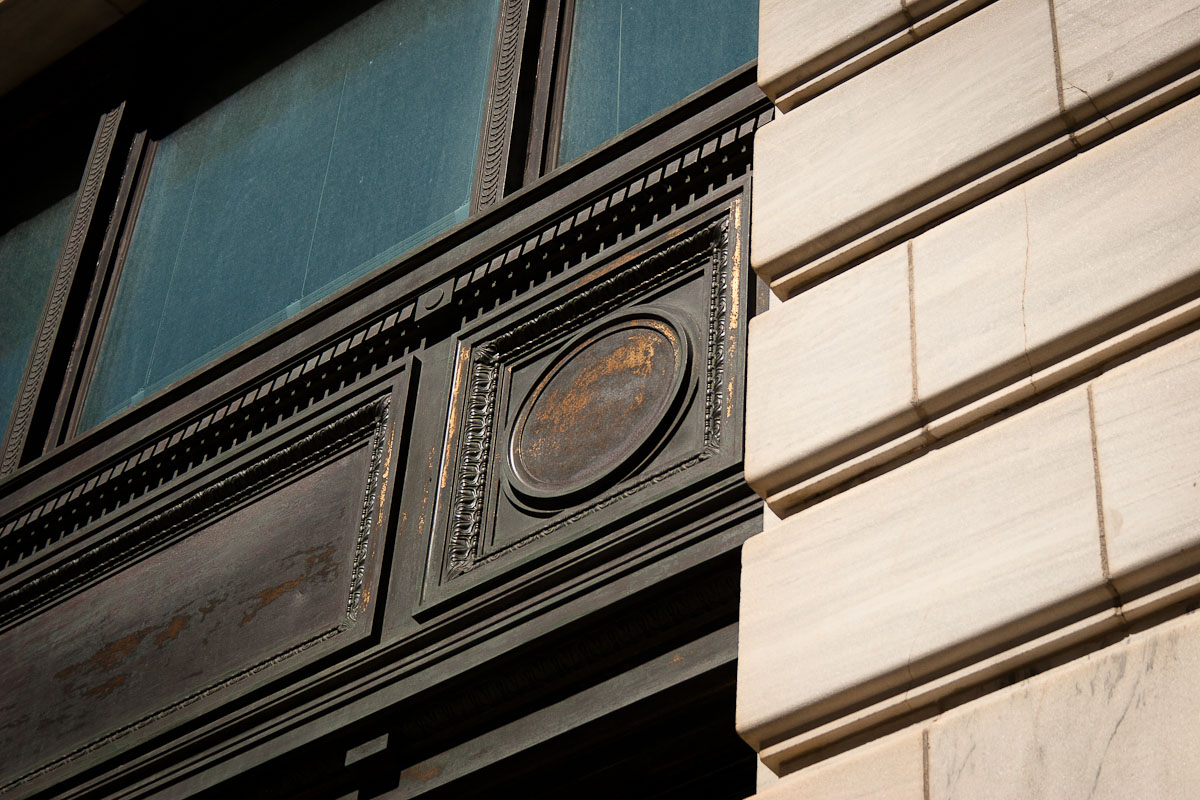 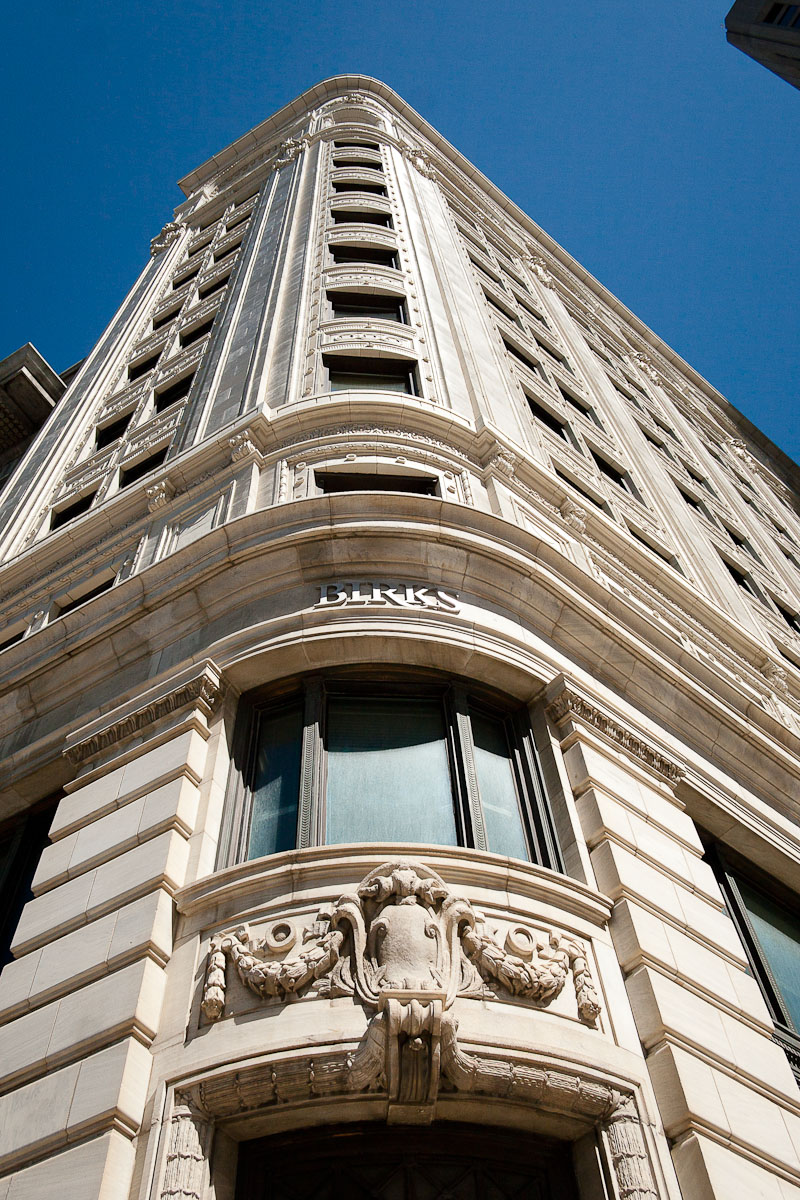 Built for Toronto’s Union Trust Company, this building is unique in a number of ways. Its trapezoidal footprint commands Main Street and Lombard Avenue and, at 12 stories, it is the tallest of Winnipeg’s early skyscrapers. It was designed by John D. Atchison, who trained and worked as an architect in Chicago when skyscraper technology and style were being developed.

This steel and concrete structure is of the Chicago School style. Grey marble from the Kootenay Quarries of British Columbia is used on the lower two floors while gleaming white terracotta from the American Terra Cotta Company of Chicago covers the remainder of the facade. The original terracotta cornice was removed in 1953. It was replaced with the current, simpler cornice in 1985. Constructed from glass fibre reinforced concrete, it was cast from the cornice moulds used for the restoration of the Robert Fletcher Building at 1181 Portage Avenue.