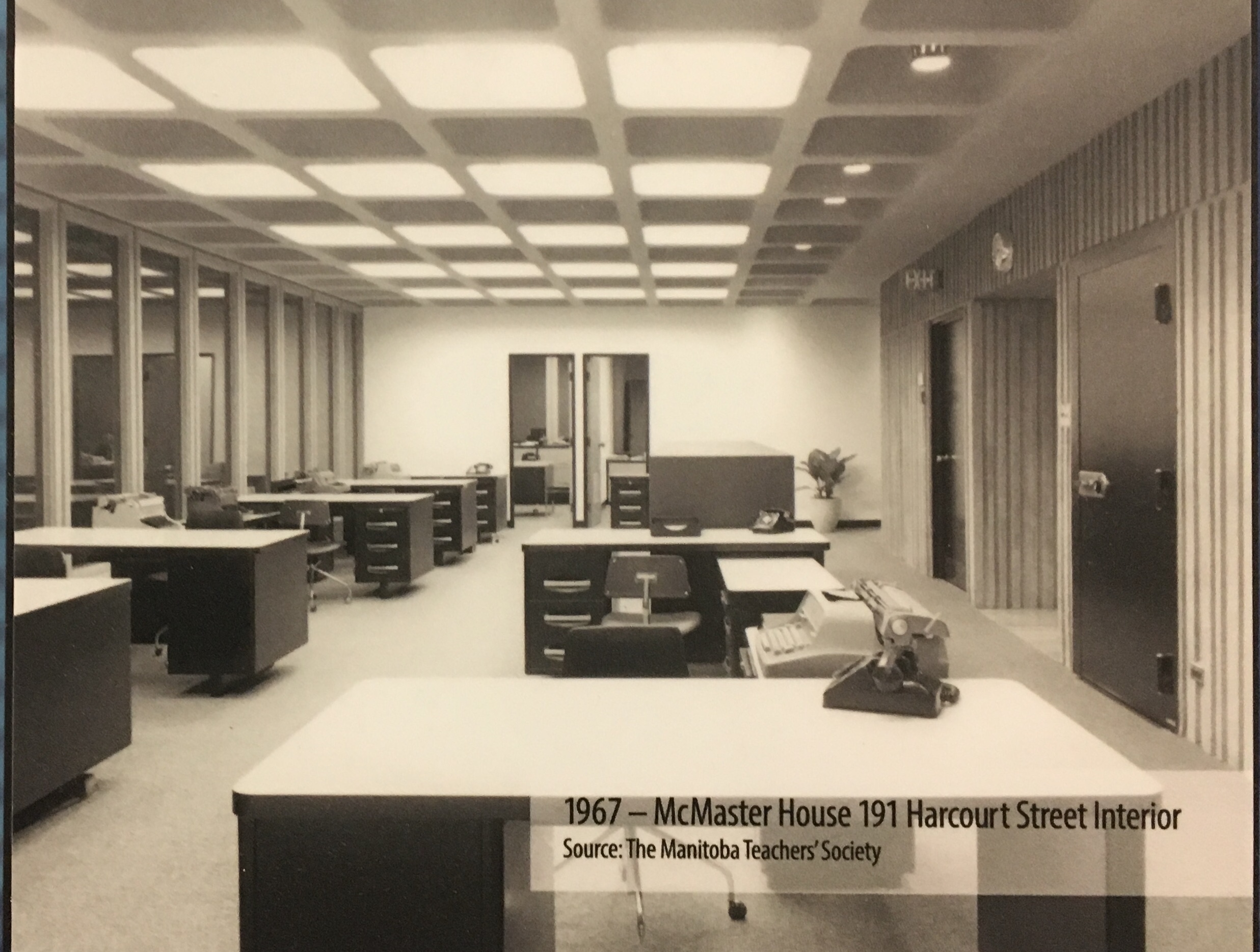 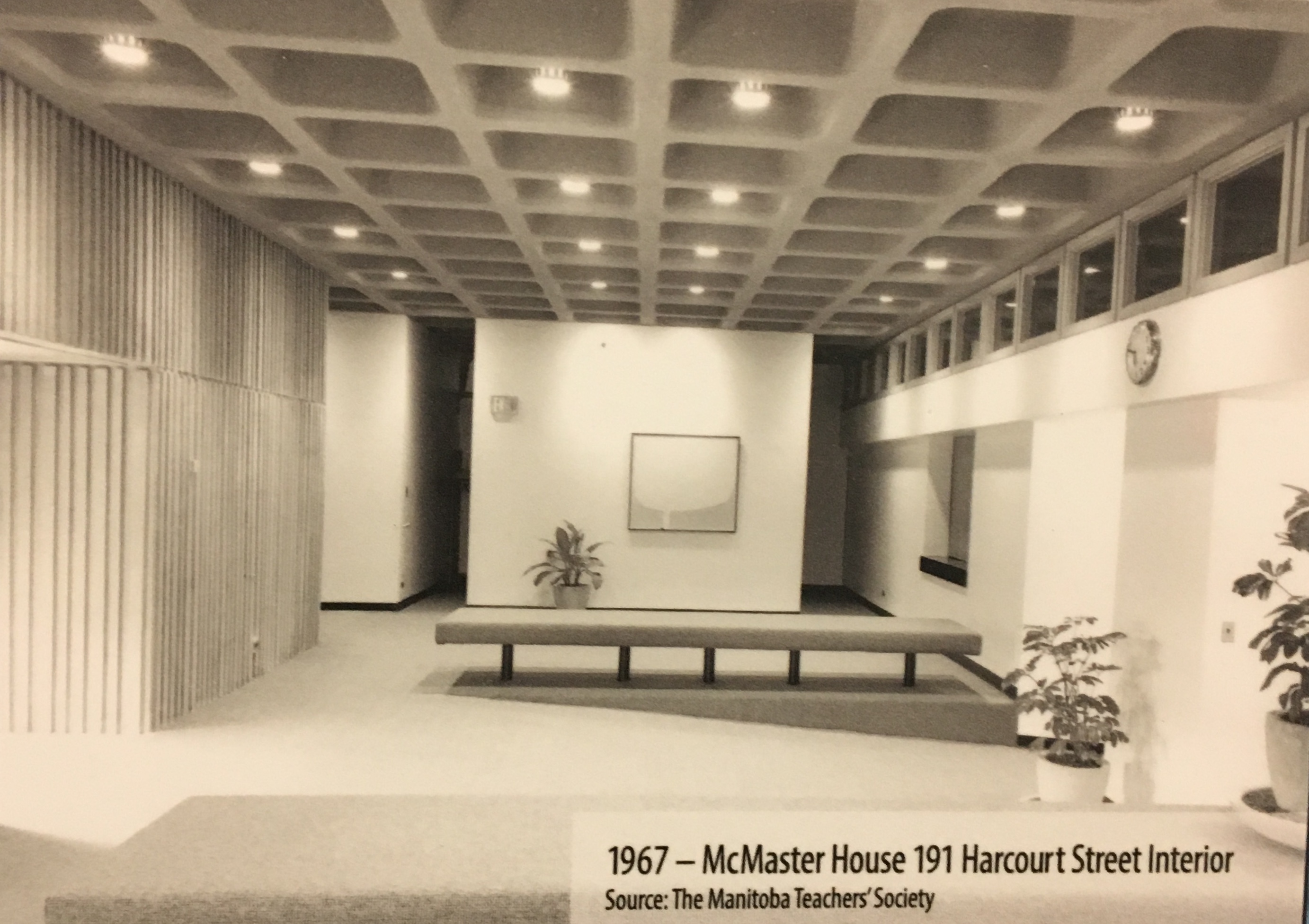 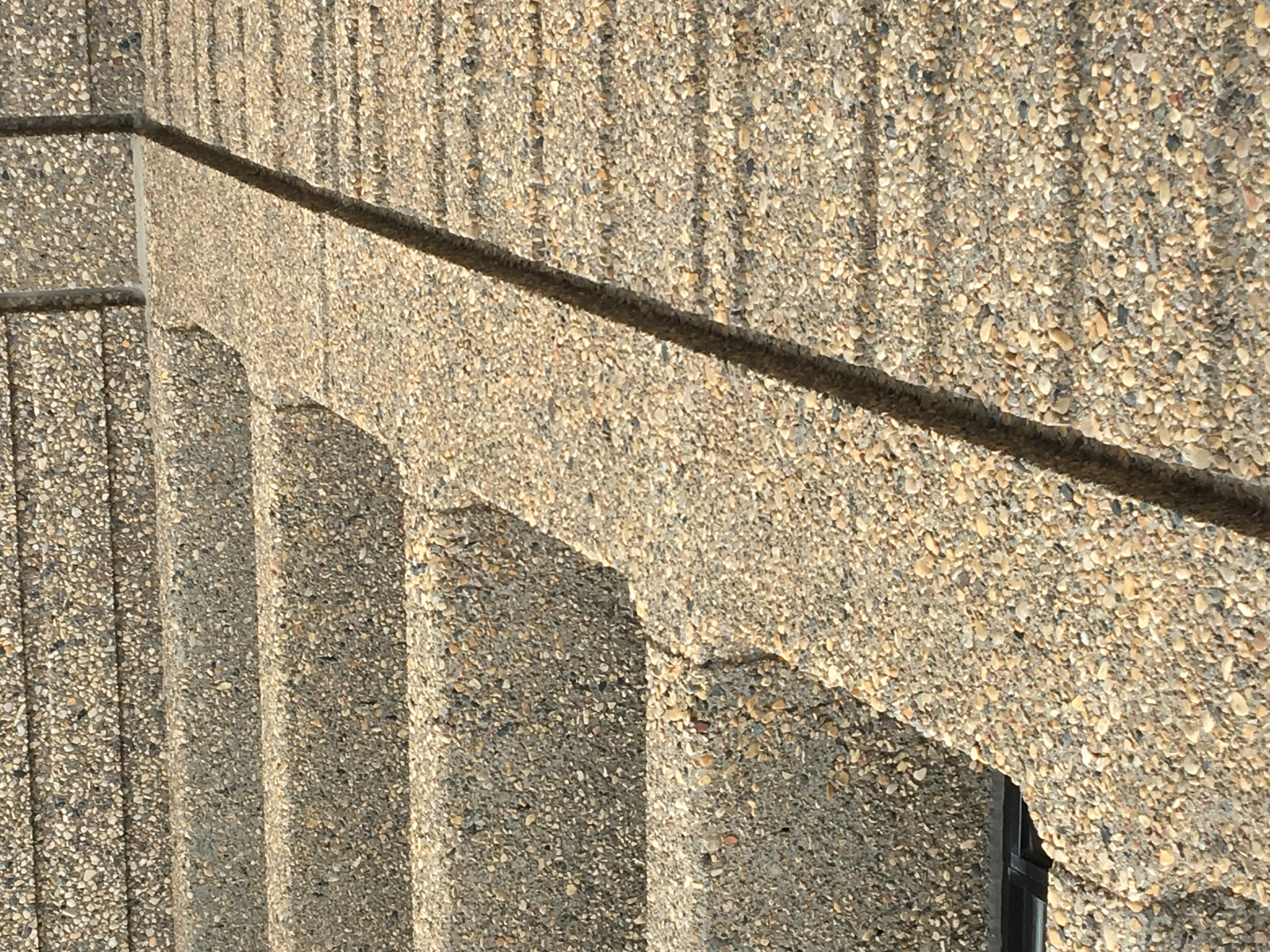 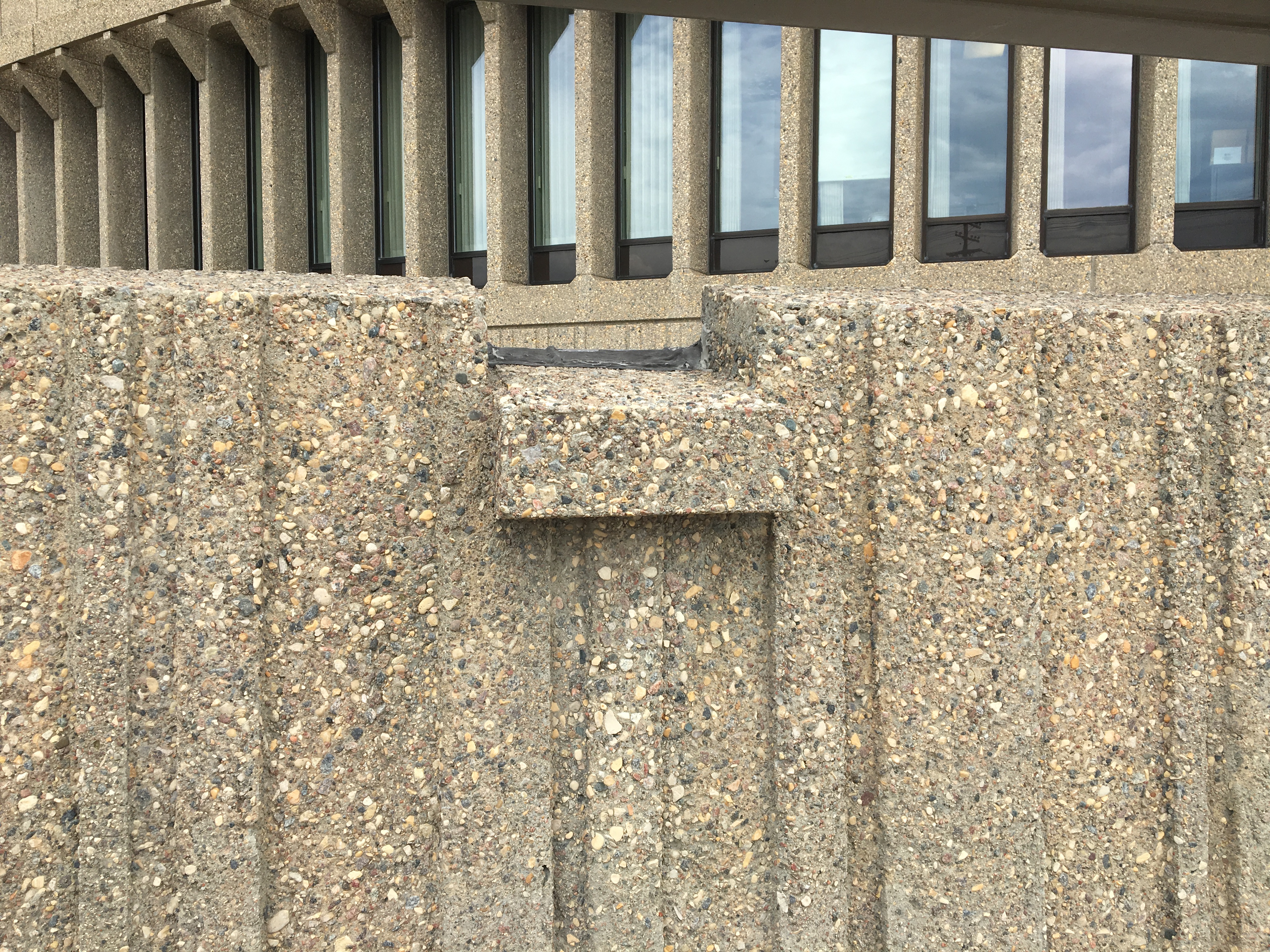 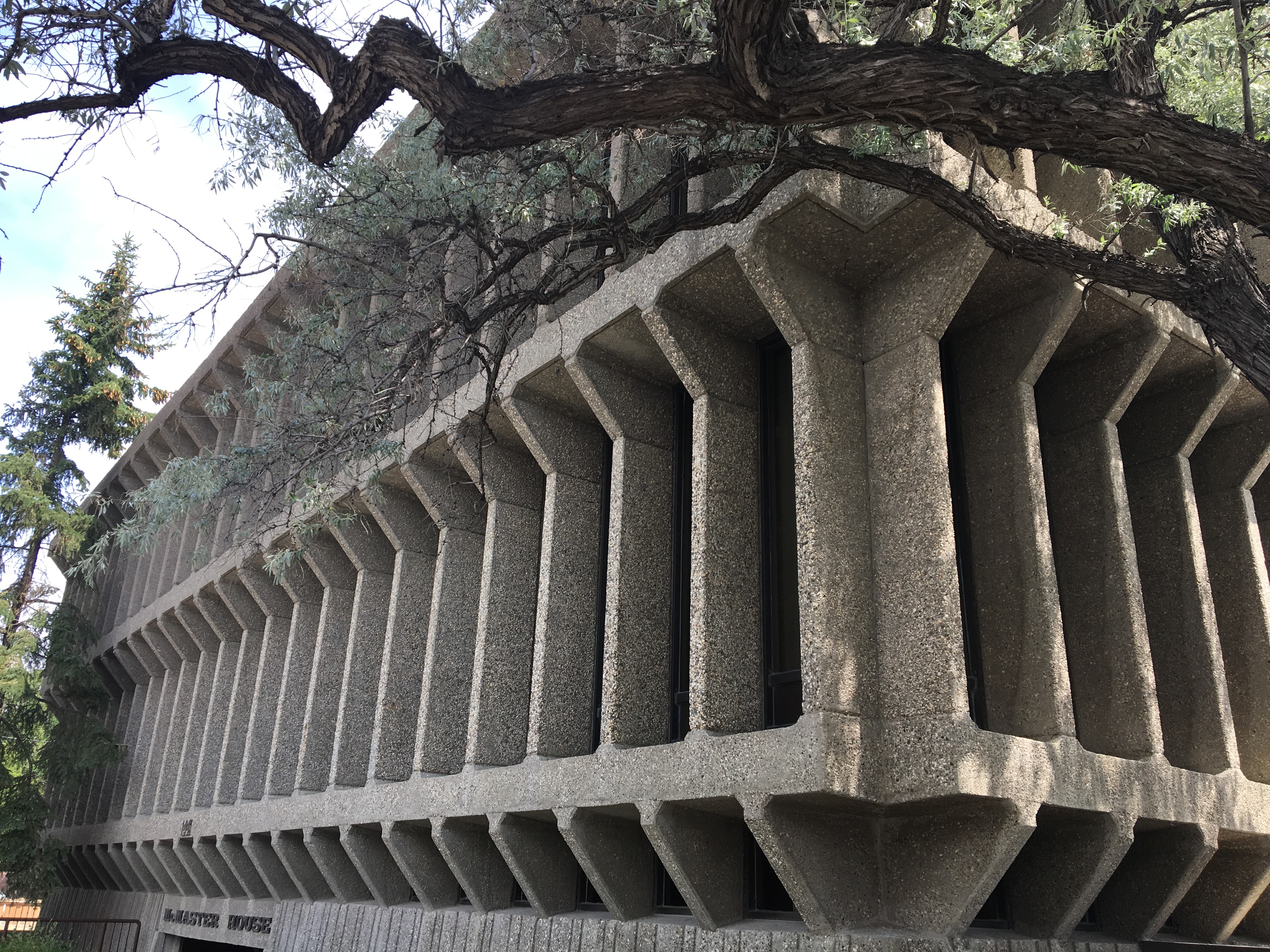 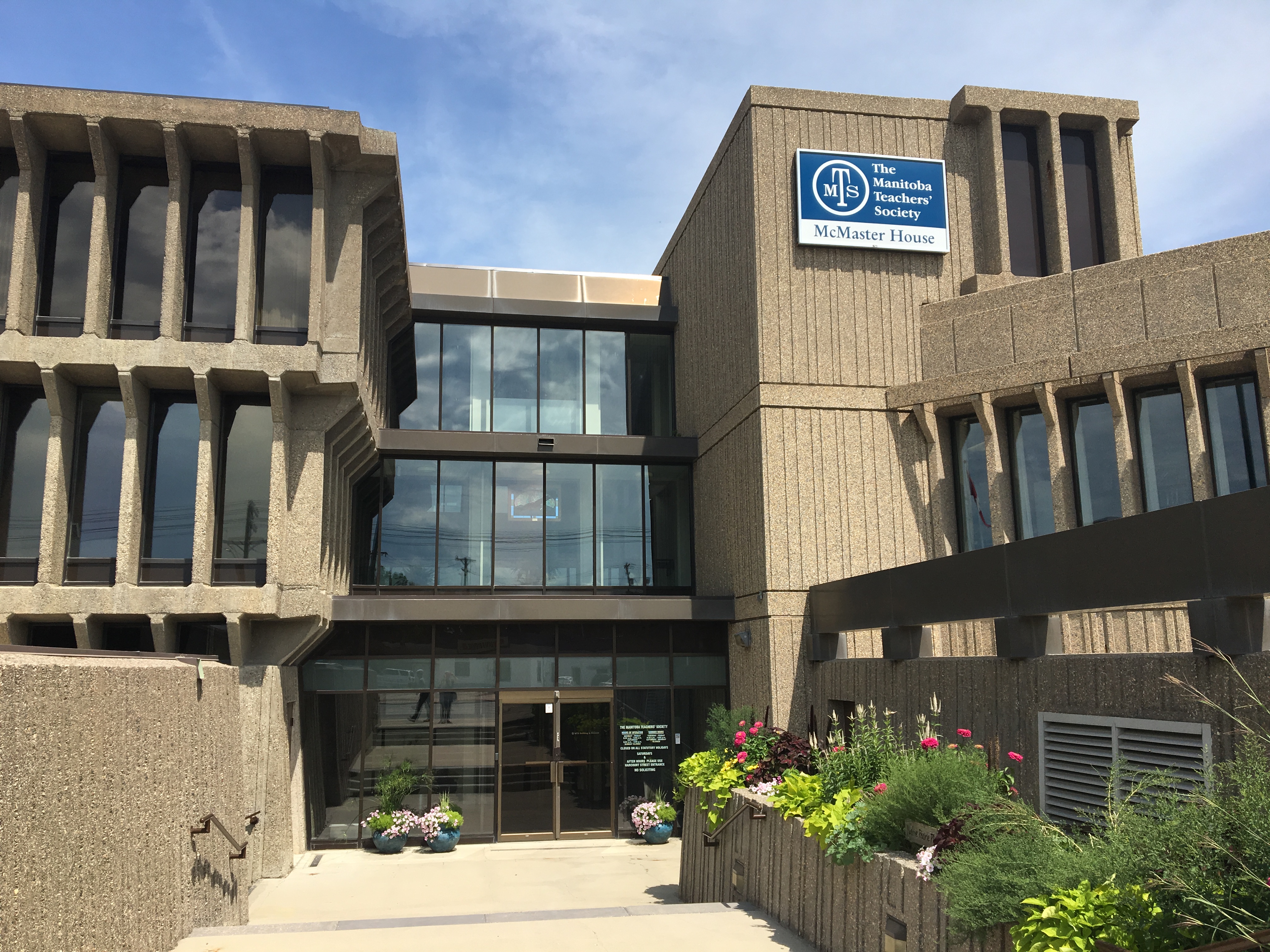 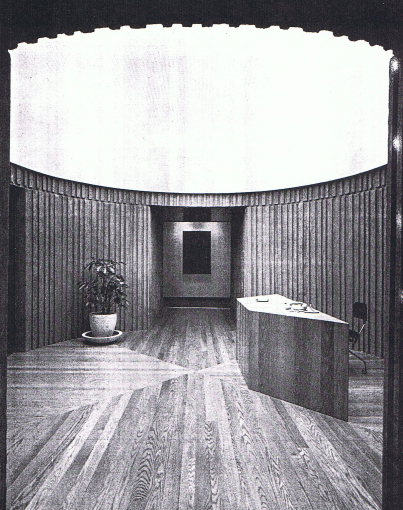 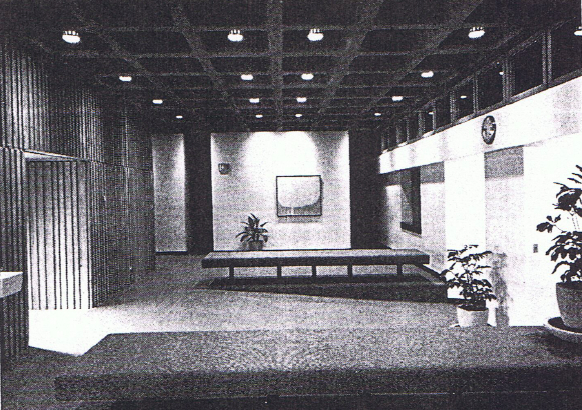 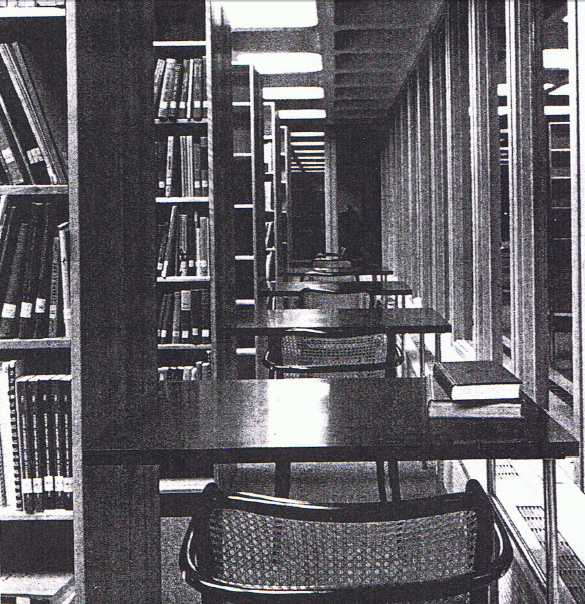 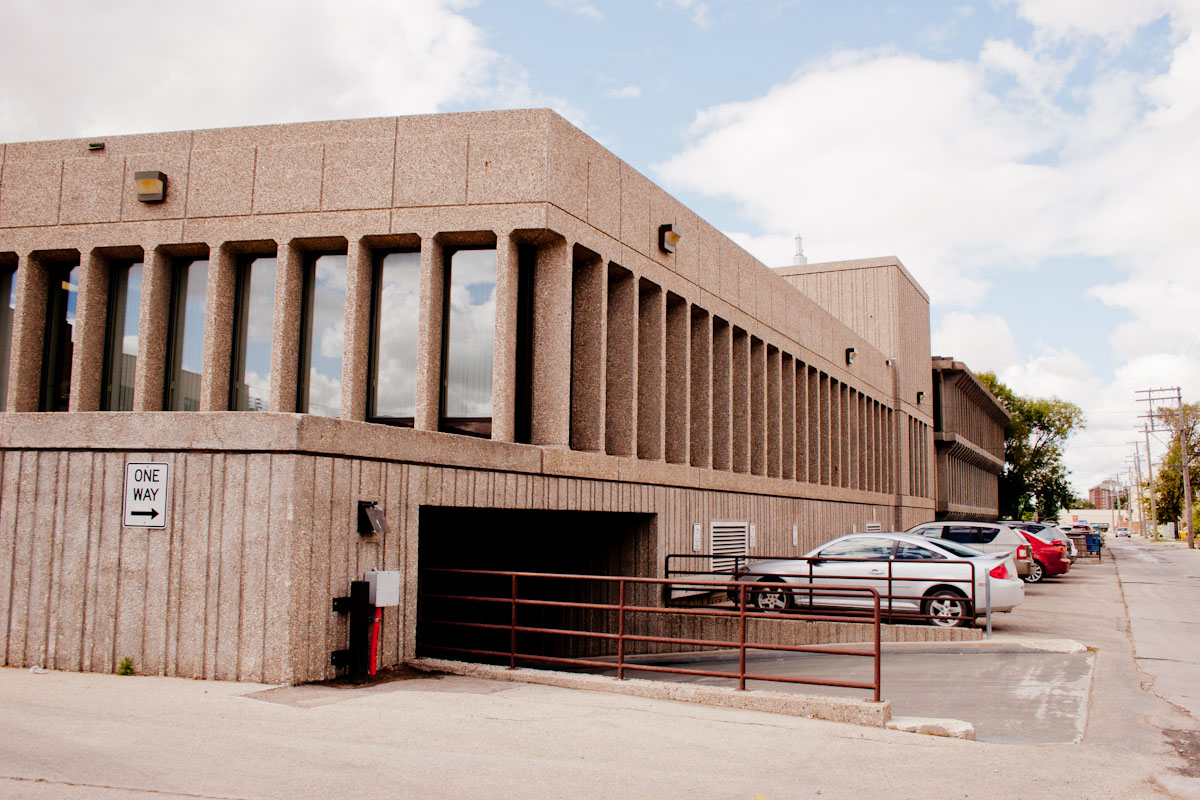 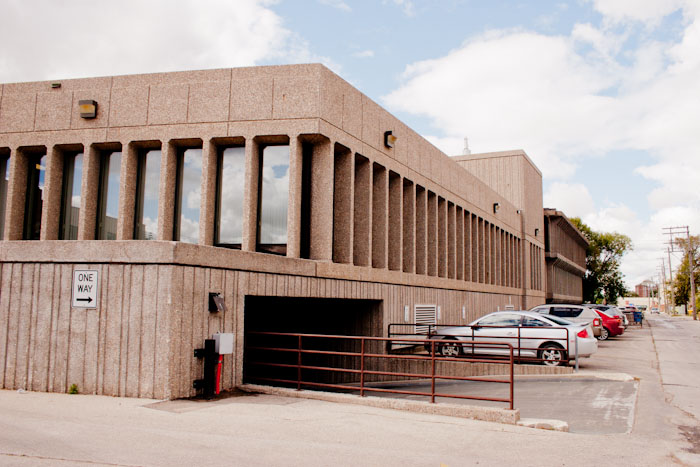 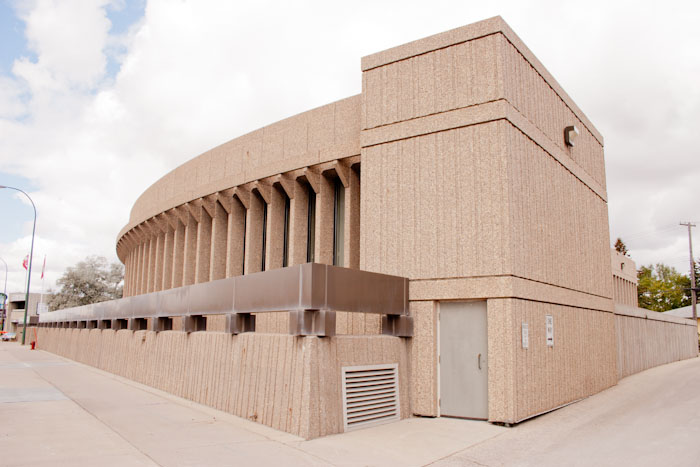 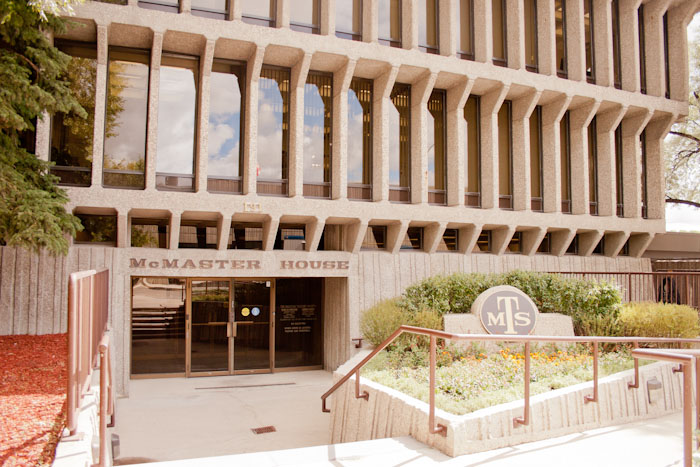 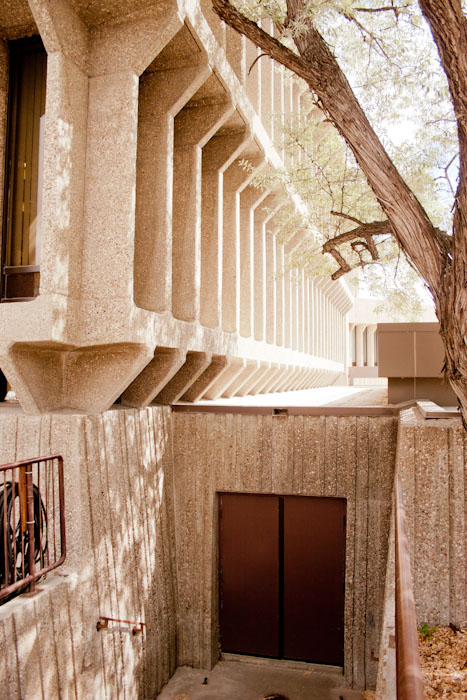 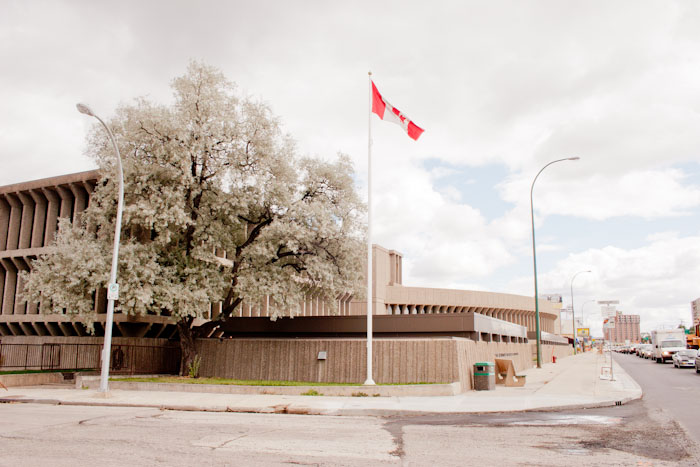 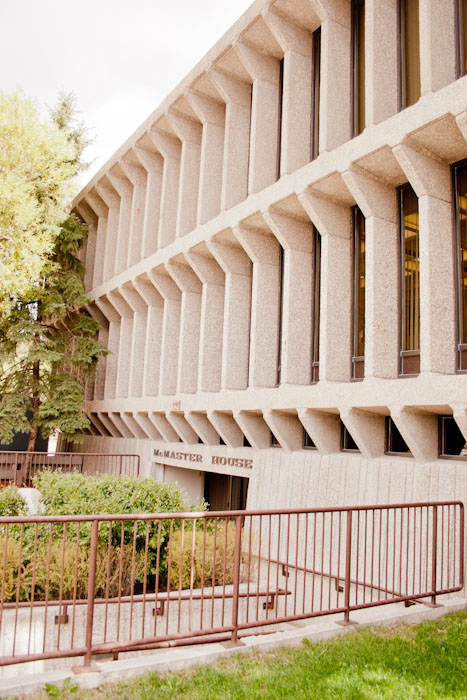 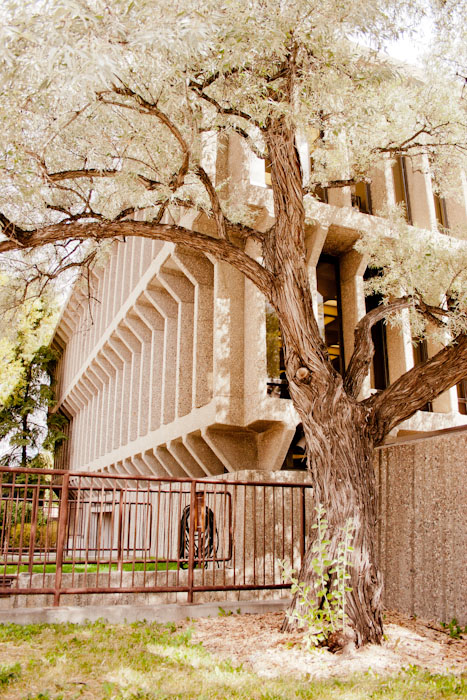 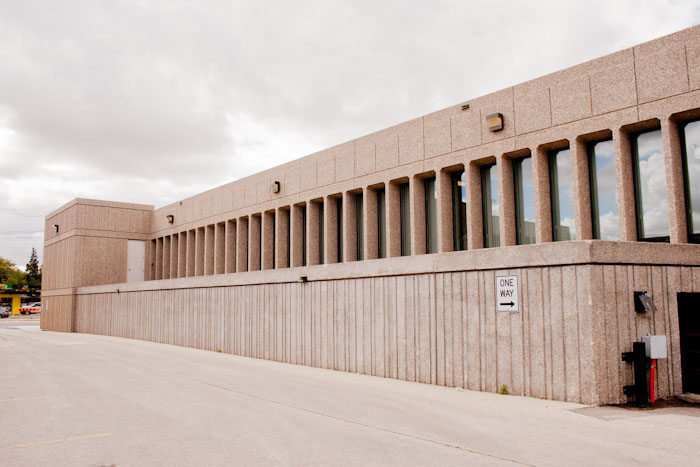 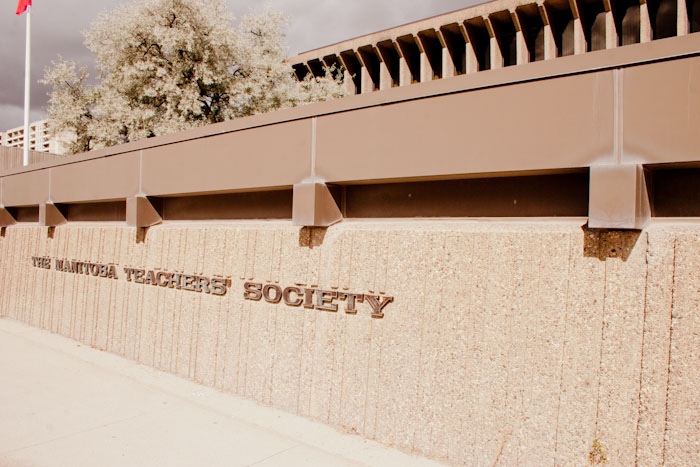 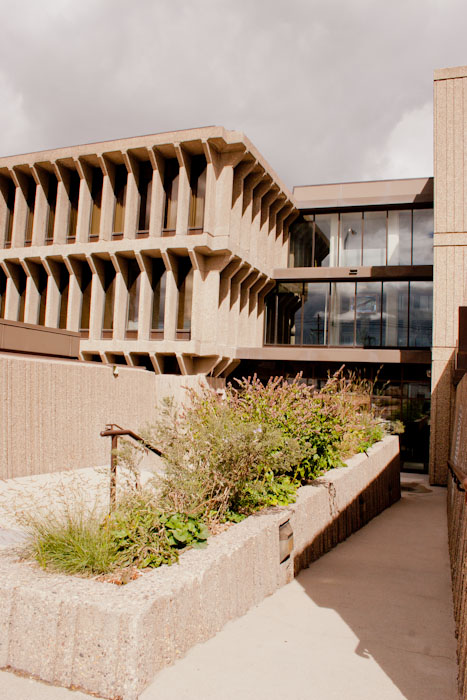 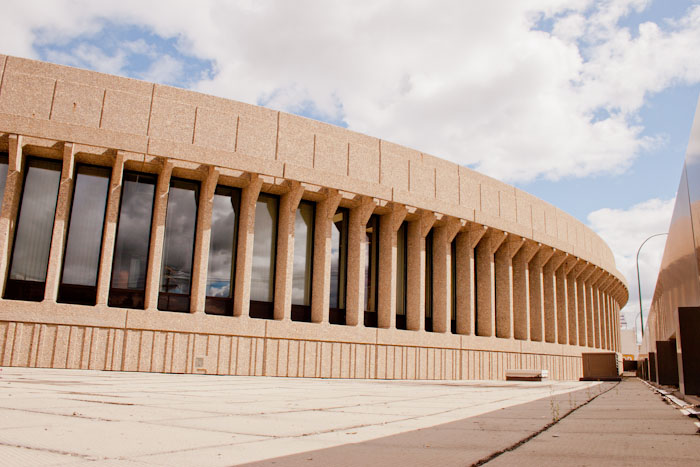 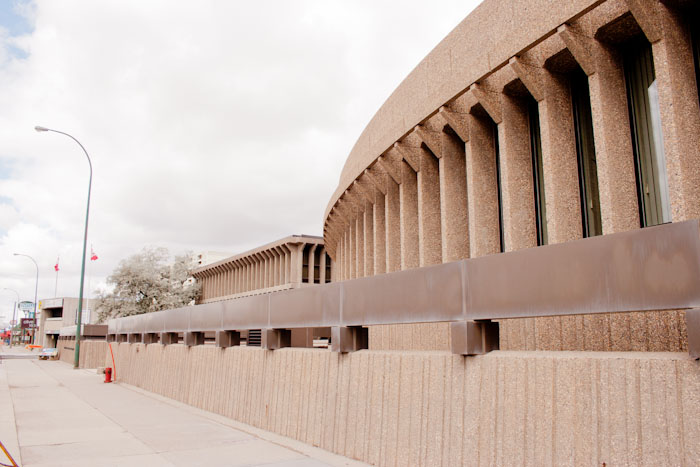 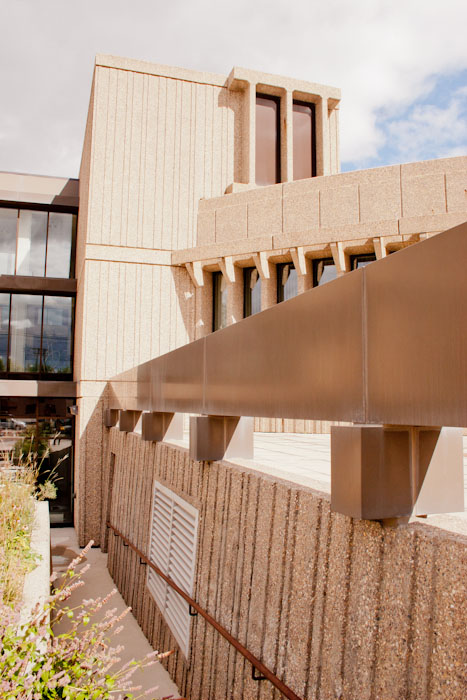 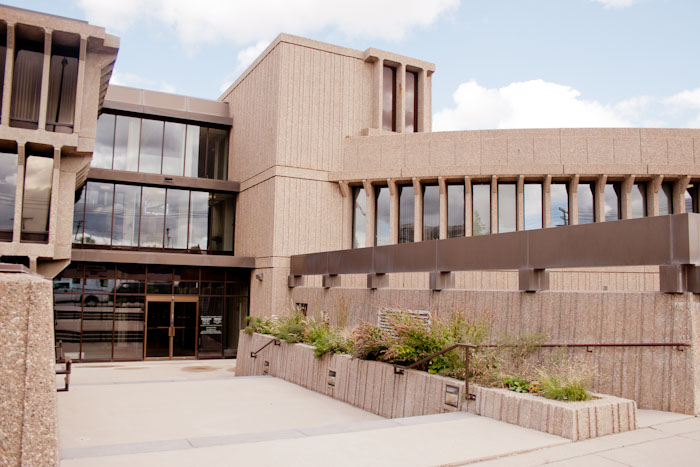 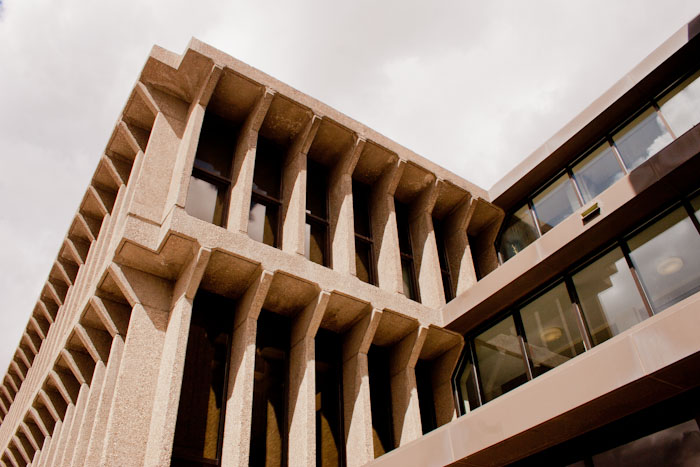 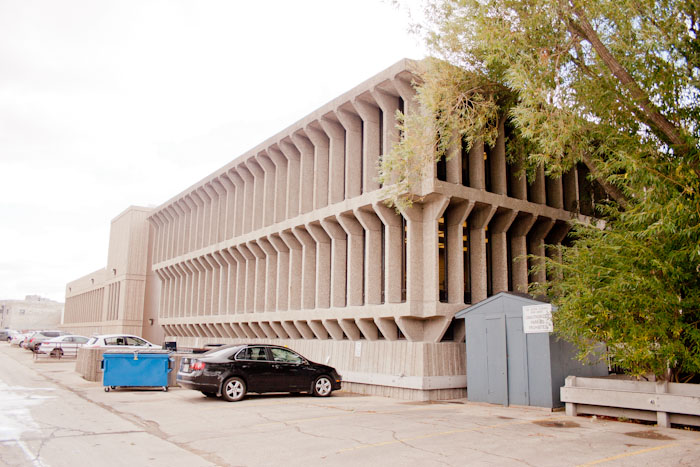 The Manitoba Teachers’ Society was originally located in a modernist building (also designed by the firm of Libling Michener) located at the corner of Portage Avenue and Lipton Street. Increased demand for space resulted in the decision to construct a new, larger facility. Property was chosen at the corner of Portage Avenue and Harcourt Street and Libling Michener and Associates were again chosen as the architects. The official opening of the building known as McMaster House was September 23, 1967. At the unveiling of the new facility, Dr. Johnson, Minister of Education stated: “What a striking building it is! From the outside it has the lines of a fortress. And a fortress it should be—to guard the Society’s high level of professional competence.”

The Manitoba Teachers Society building is a good local example of Brutalist architecture. Among its Brutalist characteristics are the ample use of bare concrete, here treated to reveal its aggregate components. This concrete can be found in the ground floor patterned cladding of the 350-seat auditorium, the waffle ceiling and in the sturdy mullions (vertical bars between window panes) of the upper floors. These mullions, or fins, also recall the widespread Modernist use of Le Corbusier’s vertical brise soleil. Another notable Brutalist element is the “inverted ziggurat” treatment of plan and elevation in which each floor projects out over the one below.

McMaster House was the winner of the 1968 Manitoba Association of Architects annual award. The awards jury commented that the building’s “warm tones and texturing of the exterior concrete combined with the copper roofing and the natural wood windows and tinted glass were extremely pleasing, and that the vertical precast fins stepped out on each floor appparently provided the proper degree of light control within."

Not long after it was completed, the Manitoba Teachers’ Society Headquarters building was expanded to the east of the original, square three-storey structure. This addition featured a tall, open atrium space bridging the new and older sections of the facility, a platform or podium facing Portage Avenue (topped by a concrete balustrade) and a large, arcing facade that mirrors in precast concrete the distinctive mullions of the 1966 block.