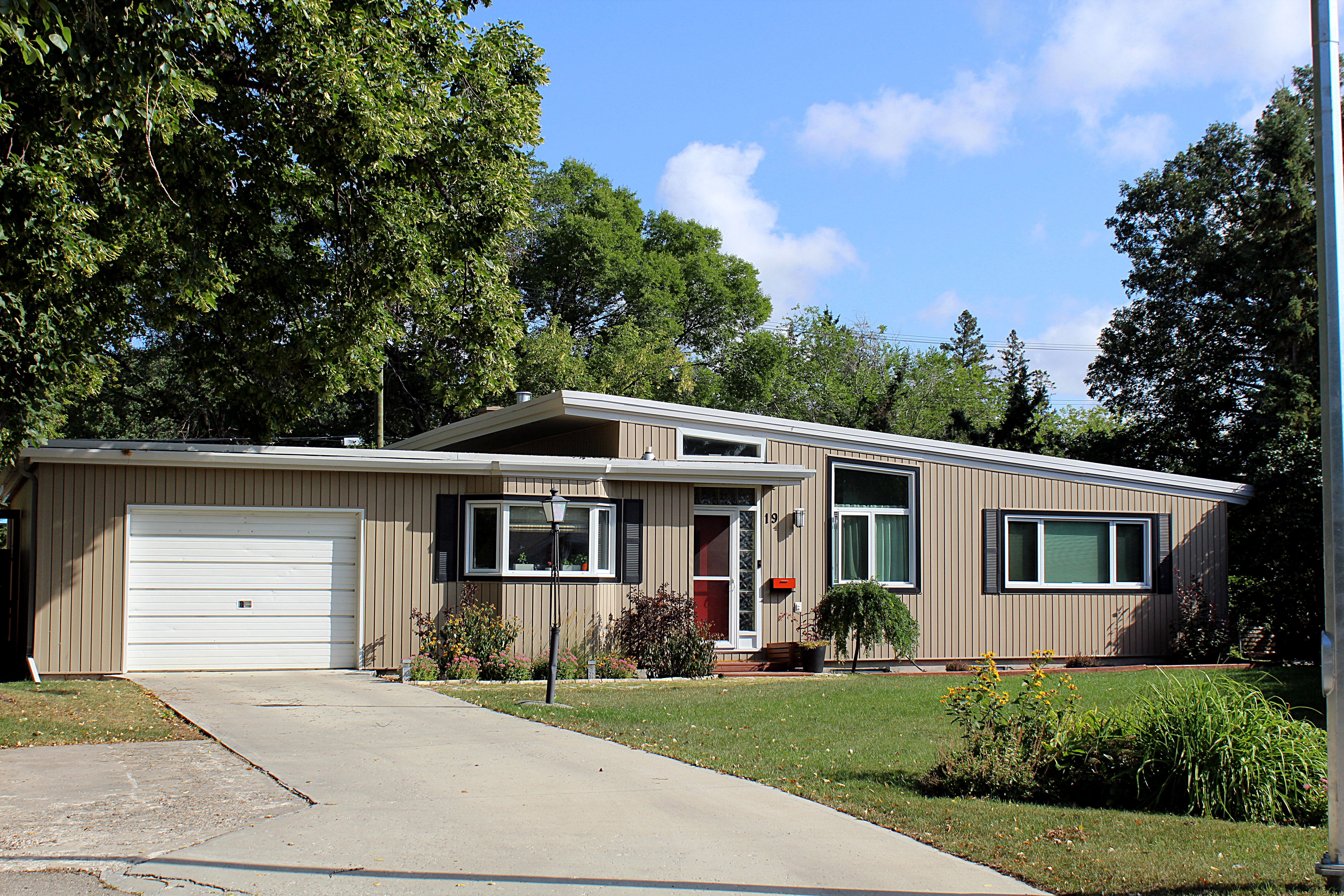 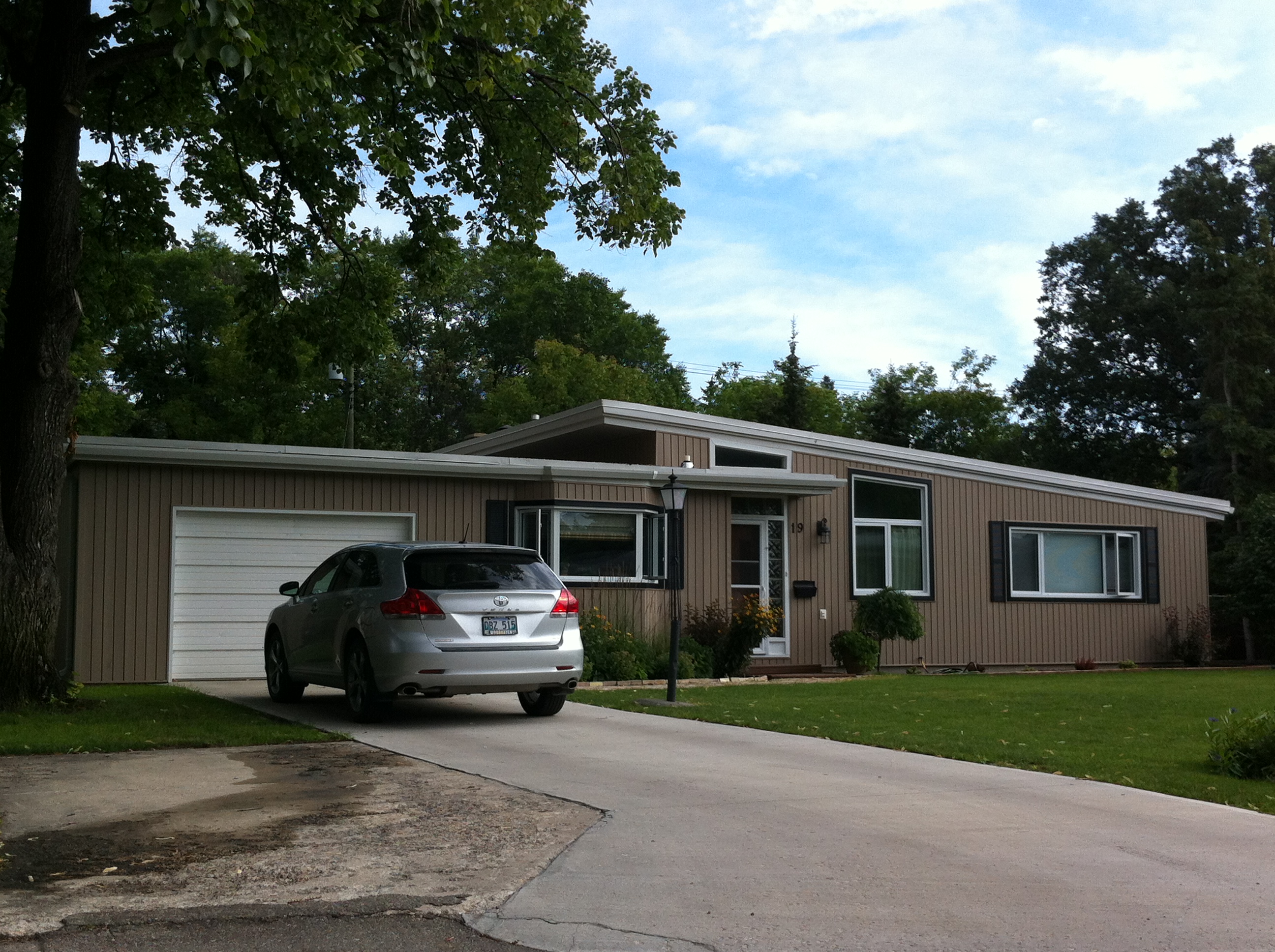 The home at 19 Mohawk Bay was featured in the Winnipeg Free Press on October 6, 1962—six years after its construction. It was touted as having “achieved the utmost in privacy for family living indoors and out.” The home sits on a wedge-shaped lot, backing onto the Windsor Park Golf Course. The exterior of the T-shaped structure originally featured white stucco with cedar siding.

The floor plan shows kitchen, dining, and living rooms on the main floor, in addition to three bedrooms. The living room contained a fireplace made of gold- and pink-toned brick; windows face the trees that line the golf course. The basement contained a large rumpus room—now often referred to as the recreational room—as well as a smaller play area for the children. The furnishing of the rumpus room included black and red linoleum with matching checkerboard curtains and black walnut finishings on one of the walls. Another wall featured cedar siding that was meant to provide a “ranch fence effect.” This “fence” was then topped with plywood cutouts in the shape of cocktail, wine, and beer glasses.

The original owners, Mr. and Mrs. Andrews, were involved with the design of the home. Mrs. Andrews had the idea of placing the kitchen to the left of the front door while Mr. Andrews asked for a nook with built-in seating around the two walls. While it is often the designers—in this case Zunic—that take the credit for successful residential developments, 19 Mohawk Bay offers one of many examples that demonstrate the collaboration between builder and client.

Few alterations have been made to the front façade of the home, aside from the conversion of the carport into a garage and the recladding.