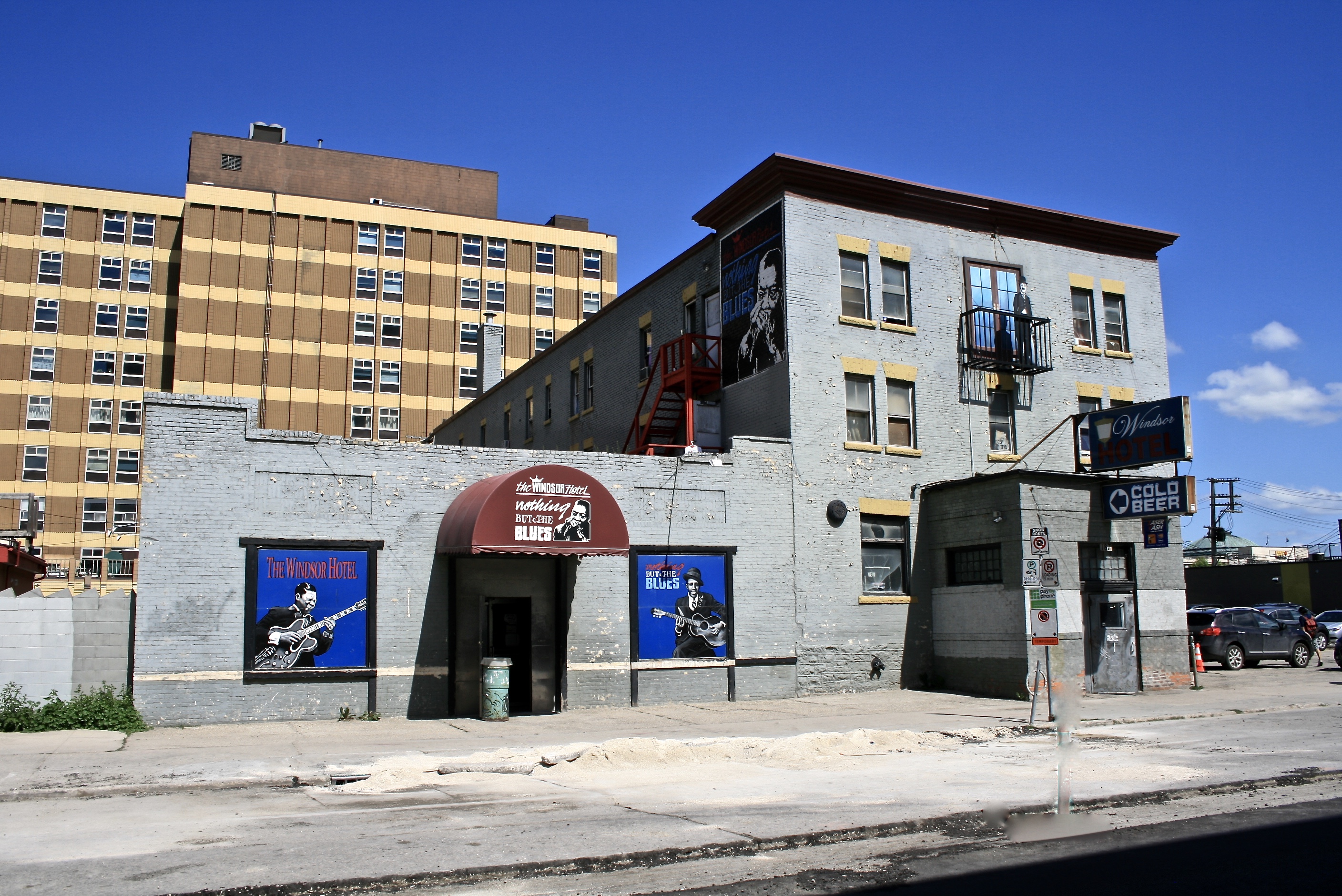 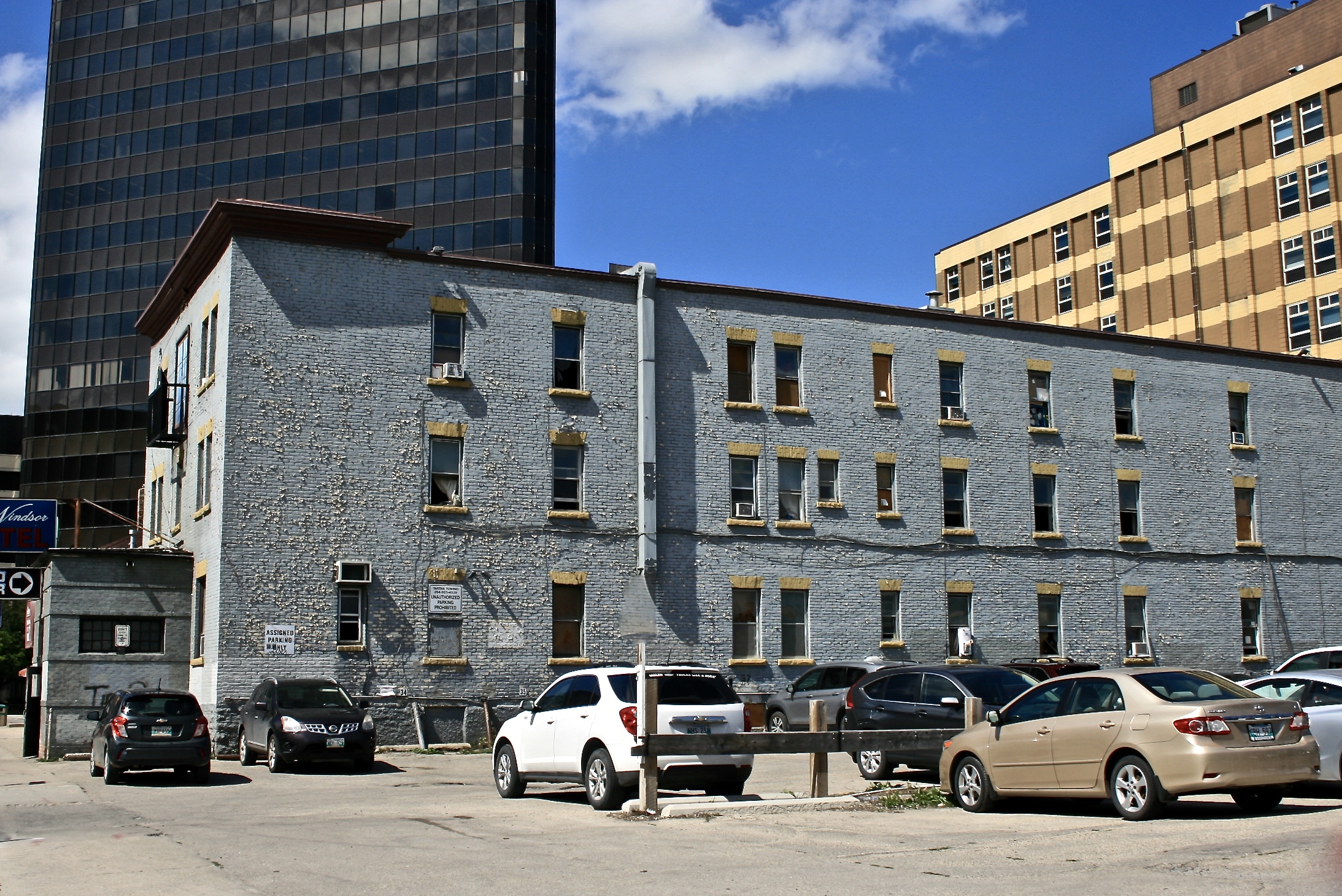 187 Garry Street was constructed in 1903 and designed as a boarding house by the owner, Charles H. Forrester. In 1910 the building was redesigned as a hotel. After construction was complete the Le Claire Hotel opened with three floors of suites and a small one storey gentlemen's club attached.

In 1930 the hotel went through a redesign to become The Windsor Hotel, which is the current hotel name. The total costs of the renovation was $100,000 which included extensive renovations to the hotel's bar and lounge.

By the 1990s the old gentlemen's bar and lounge had become The Windsor Hotel's Blues Bar. The small one storey attachment to the hotel would host jazz nights in which local jazz musicians would play for small crowds. By 1994 the Blues Bar became so popular that an addition was required to accommodate the many patrons. The much larger Blues Bar was newly designed with a Garry Street entrance and is decorated with paintings of popular blues artists. The mural on the North elevation of the hotel was painted in 1995 by Joe Mallzar. The image is of the Windsor's logo. A second prominent painting is on the North elevation of the 1994 Blues Bar. This image depicts Charlie Chaplin as he contemplates continuing his career on stage. Chaplin was a previous customer at the Le Claire hotel in 1913.