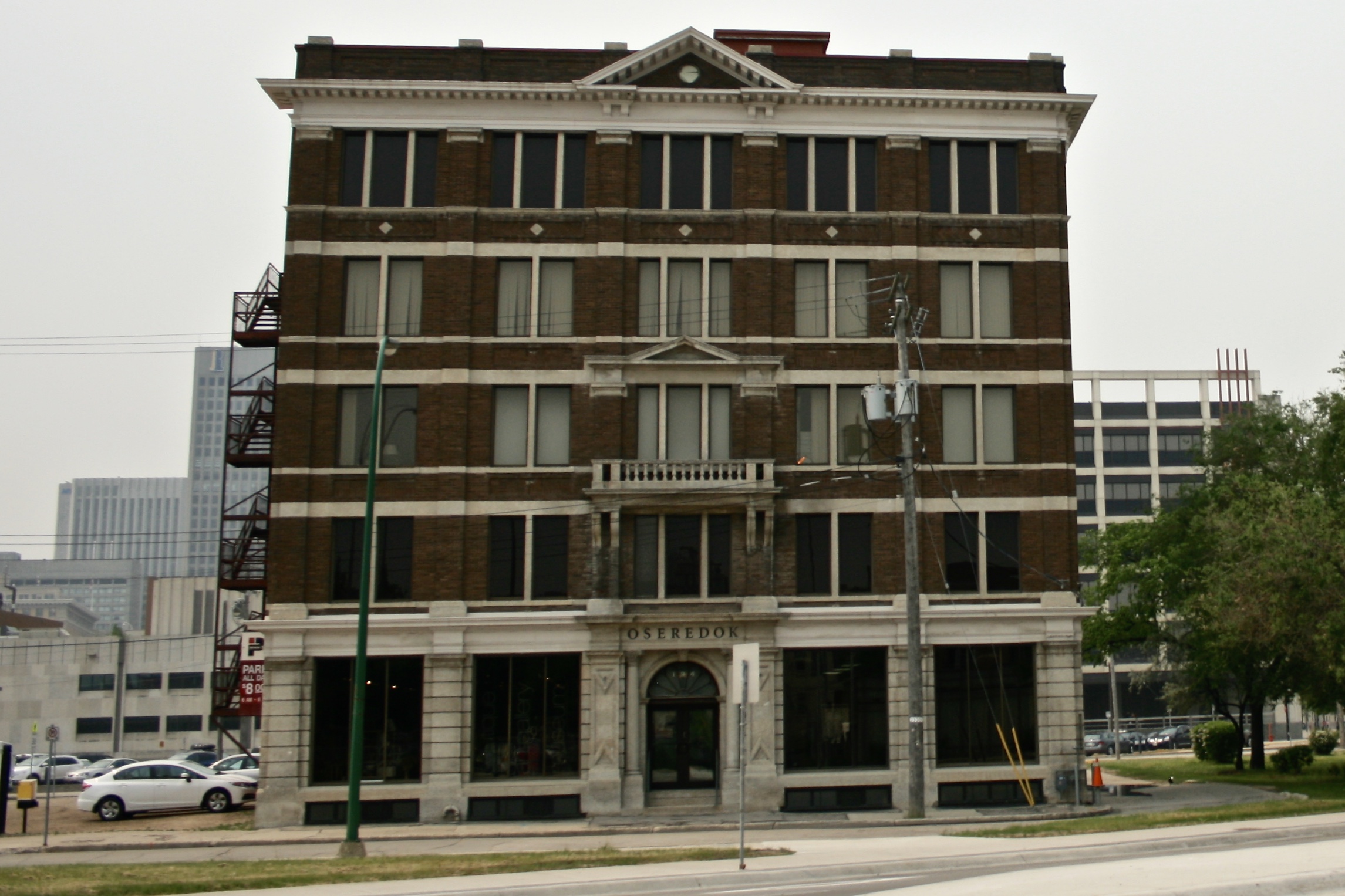 William Bruce was the Scottish-trained architect hired to design a five-storey office building for the Manitoba and Saskatchewan Auxiliary of the British and Foreign Bible Society. While the interior has been significantly altered, the building’s exterior has changed little since its construction in 1912. Faced in Tyndall limestone at street level and brown brick on the upper levels, the building has a strong sense of horizontality due to alternating wide and narrow stone bands at the sills and headers of the windows. Central pediments at the cornice and third storey emphasise the symmetrical front facade where windows are in pairs or triplets. The building, which came to be known as “Bible House,” was purposely located within walking distance of the Canadian Pacific Railway Station, to meet the needs of Winnipeg’s newcomers and introduce them to the biblical word. Much of the historic fabric of Alexander Avenue has subsequently disappeared.

The $75,000 building was designed to meet First World War expectations of growth in the Canadian West; however, the flood of immigrants ceased with the war and the Bible House proved to be an overly ambitious undertaking. By 1914, much of the building was rental space. In 1949, the Ukrainian National Publishing Company, which published the Ukrainian newspaper New Pathway, purchased the building. In 1974, the Ukrainian Cultural Centre bought the building for use as a museum and art gallery and renamed it “Oseredok,” “centre” in Ukrainian.