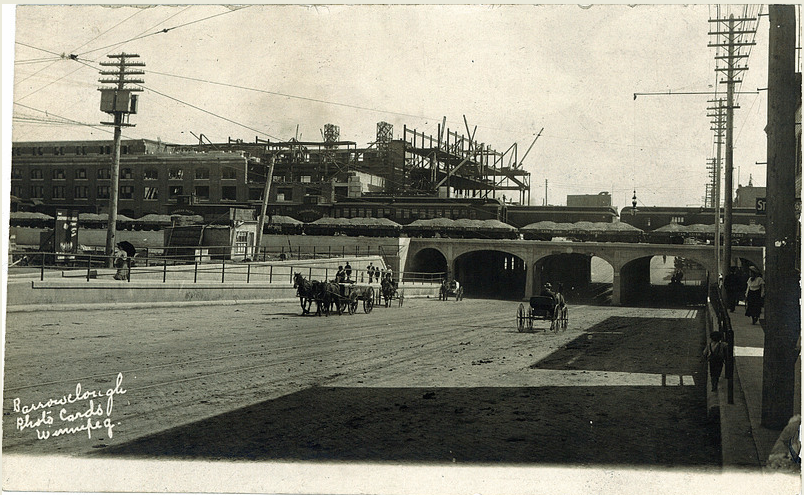 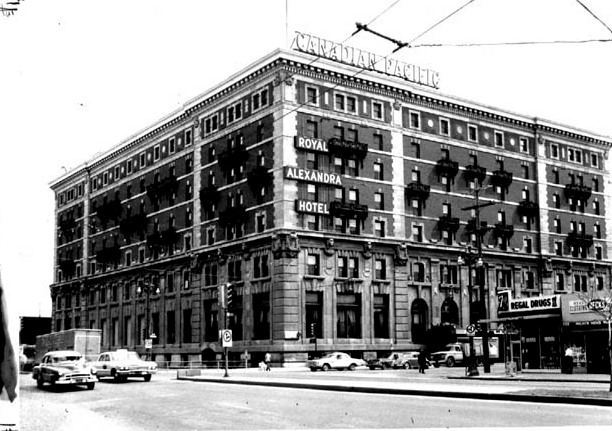 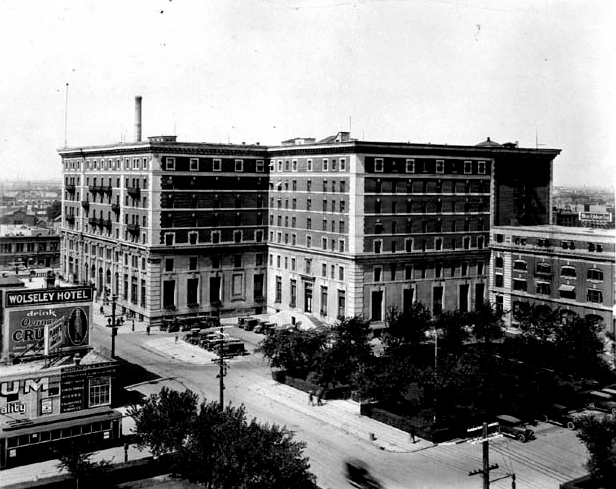 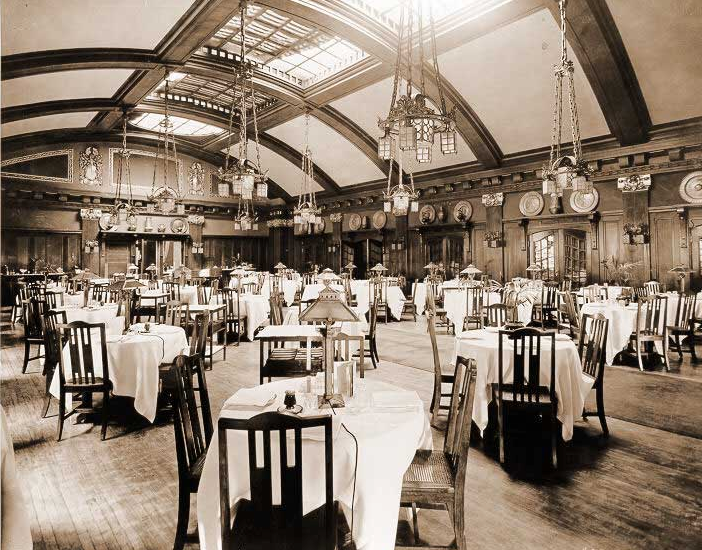 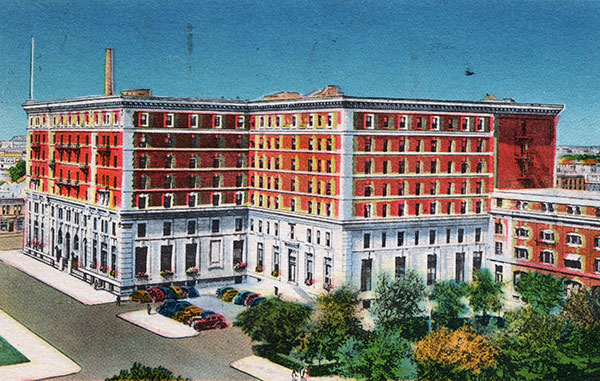 The Royal Alexandra Hotel held a prominent position along Main Street and in the social lives of well-off citizens. As part of its twentieth century Western expansion, the Canadian Pacific Railway (CPR) built increasingly elaborate stations with luxury hotels to demonstrate its prosperity and accommodate an influx of migration. The Winnipeg station and hotel were designed by E. & W.S. Maxwell of Montreal and constructed from 1904-06. The company built the Empress Hotel in Victoria that same year and, in 1910, it expanded the already opulent Royal Alexandra to compete with the incoming Fort Garry Hotel, located across the road from Union Station on Main Street at Broadway.

The Royal Alexandra boasted 450 rooms, including deluxe suites and public rooms. Over the years, prominent business people, performers, and royalty stayed in the hotel. The grand halls set the social scene for many Winnipeggers who attended various social events there—weddings, graduations, and royal and military events. The hotel was the site for countless historical events including meetings related to the 1919 General Strike. The Alexandra Room was the primary dining hall and could seat up to 400 guests. It featured a set of large murals by the painter Frederick Sproston Challener depicting the lives of Indigenous peoples and settlers. The CPR proclaimed the hotel to be an “Expression of the Nation’s Character.”

The opulent hotel contrasted with what sat opposite—an immigration shed within a complex that selectively received and segregated migrants. Non-European migrants, at that time, were considered to be a lesser class and often settled in Winnipeg’s North End, which was cut off from the rest of the city by the very CPR tracks that brought them here.

By the end of the first decade of the twentieth century, this part of Main Street was beginning to fade as development shifted towards Portage Avenue; the construction of the Eaton’s department store was an important factor. The CPR complex had temporarily reinvigorated the area—however, world war, prohibition, and economic depression led to further decline. This corresponded with a drastic decrease in immigration that cut the CPR’s revenue from transportation and land sales. Ironically, the Royal Alexandra was closed in 1967, the same year that many large-scale Centennial projects were underway just blocks south of the failing hotel. The building was demolished in 1971.